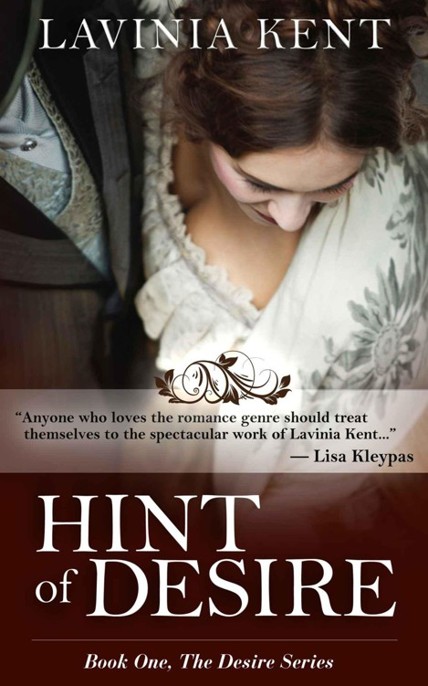 Arthur Alexander DeWolf, the eighth Duke of Westlake, lacks for nothing in life . . . except a woman who will stir his blood for longer than one night. Until fate steps in on his morning ride and he stumbles across Lily St. Aubin, Countess of Worthington.

It is on the worst day of her life that Lily meets the imperious duke. Helpless and unable to resist, she has no choice but to trust that this dangerously handsome man will protect her and newborn son. But, as trust begins to grow between them, danger lurks ever closer . . . danger that could destroy Lily.  And their newfound love.

This is a work of fiction. Names, characters, places, and incidents are the product of the author’s imagination or are used fictitiously. Any resemblance to actual events, locales, or persons, living or dead, is purely coincidental.

All rights reserved.  Except as permitted under the U.S. Copyright Act of 1976, no part of this publication may be reproduced, distributed, or transmitted in any form or by any means, or stored in a database or retrieval system, without the prior written permission of the author.

To Elaine, Marsha,
Mary, Sandy, and Yvonne, who all helped make this possible.

Stars sparkled over quiet lawns
. Waves lapped at the feet of steep cliffs. Lily St. Aubin, Countess of Worthington, stood still and silent. The rocks bit at her bare feet, but she did not gaze down. Her aching eyes locked across the billowing surface of the dark ocean. A single tear slipped down her reddened cheek and over her swollen lips, the salt stinging their cracked surface. She brushed at it with a limp hand before pulling her wrapper tight about her.

Lily shivered
. She’d never been outside in her nightclothes before. The thin cotton offered little defense against the sudden evening chill, even on a mild September evening. Becoming aware of the rough pebbles beneath her bare feet, she shifted back and forth. She knew she had to look, if only she could find the courage. Letting her arms fall to her sides, she took one step nearer to the cliffs. The ground grew rougher, and she stumbled.

Bending awkwardly, she settled onto her knees, the sharp stones biting into her tender skin
. The ground was damp; it soaked through her wrapper and shift. She balanced forward on her hands and peered down through the darkness toward the bottom of the cliffs. The barest glint of the white lawn shirt shone in the pale moonlight.

Ignoring the pain in her back and the ungainliness of her position, she leaned further, attempting to get a clearer view
. Her neck and shoulders strained and her lower back settled into its accustomed ache as she tried to make out the beach below.

Suddenly, as if in answer to an unspoken command, the patchy clouds cleared and the moon beamed forth unhindered.

“My God.” Lily wasn’t sure whether a prayer or a curse had sprung from her lips.

Sprawled on the rocks below lay Geoffrey Robert St. Aubin, third Earl of Worthington, Lord of Marclyffe, Lily’s husband of one year
. His head had split like a melon, and what remained of it twisted from his neck at an awkward angle. Even in the moonlight, Lily could not mistake the sheen of blood that pooled about his head. Worthington was dead. As the moon retreated again behind the clouds, the image of her husband remained frozen in Lily’s mind.

She inched back from the cliffs and pushed back to her knees
. Her lower back screamed from the uncomfortable shift in position, and nagging pains shot down her left leg. She forced herself to stand up, her body stiff and clumsy. She stumbled with the effort but managed to right herself. Her dull gaze moved back to the dark horizon as she tugged a thin gold circlet from her trembling finger. A shudder of relief passed through her as she let the ring slip through icy fingers to bounce along the rocks below.

One hand moved to rub her aching back, while the other rested protectively on her swollen abdomen
. The sharp ripple across her belly awoke her from her daze.

The ripple came again and she pushed back against it
. The baby kicked restlessly, especially late at night. It had been months since she’d slept decently. Her hands traced the limbs of the small body caught within her flesh, the small body of her child, her husband’s child. The child of the man she had just sent tumbling over the edge of the steep outcropping to his death.

It was Lily’s
eighteenth birthday.

Arthur Alexander DeWolf, the eighth Duke of Westlake, stretched languorously and rolled onto his belly. Despite the immensity of the bed, he was alone, not an unusual circumstance of late. It had been months since he’d retired his last mistress, and he had not managed to rouse interest in finding another. Pushing up on an elbow, he glared at the sun breaking over the trees. Even as shots of vibrant orange and crimson pierced the clouds, he buried his head beneath the pile of thick down pillows.

It was useless
. Tossing a pillow aside, he rose to dress. Riding wouldn’t cure him of his ennui, but it would be better than lying abed, ruminating on the emptiness of life. He wanted for nothing; therefore, he lacked only what had power to stir his blood.

Arthur yanked one tall riding boot onto his leg
. He cursed under his breath as his foot stuck, then laughed ruefully. He was unused to making do without his valet. Arthur had awakened at least an hour earlier than usual, and Mathers had not yet made his appearance. Calling for him would simply be too much bother.

Dressed and ready, he strode down the corridor to the wide flight of stairs that cascaded down to the entrance hall
. While Blythemoor, which he hadn’t visited in a decade, was smaller than the ducal seat, its grand entry had always been his favorite. Stopping at the middle of the wide flight, he shot one ironic glance at the glowering portrait of his father. The seventh duke gazed from the canvas as if he were still Lord of all he surveyed. Even here, in what had been his mother’s home and sanctuary, his father had ruled with a glance. Now Arthur ran the estates just as his father had drummed into him to do; so, perhaps, the seventh duke really did still reign.

Arthur escaped into the early morning sunshine and made for the stables
. Stopping at the wood fencing, he considered how his life had changed in the eight years he’d been Westlake. His every need was gratified before he had time even to form the thought. Only a glimpse of his presence was required to set people hopping to his will. Before he’d succeeded to the title, he might have had to ask for Ganesh to be saddled. Now, a glance sufficed.

No wonder life bored him
. In his younger days, he’d run through London with his friends, Tris and Wulf, pursuing pleasure and vice with a single-minded determination, until he’d had his fill. Conquest had become too easy. For nearly a decade since, he’d concentrated his energies on managing his estates, but now they almost ran themselves.

Marriage remained, but the thought of some young chit, barely out of the schoolroom, made his stomach churn
. Respectable women all seemed cast from the same mold – one he wished they’d break. He sighed and flexed his shoulders, loosening the tight muscles that knotted his neck.

His aunt, Lady Smythe-Burke, kept making broad comments about heirs and familial duty, and he knew that the next time he saw her she’d have several neighbors’ daughters picked out for his approval
. His shoulders tensed again. Only caution, and force of will, would prevent his being married before the introductions were complete. He’d do his duty soon, but he’d do the choosing himself. Somewhere, surely there must be a lady of good family, respectable and staid, who could speak of something besides bonnets and love poems.

Swearing, he swung up onto the coal black stallion and let Ganesh pick up a dangerous pace
. He gave Ganesh his head, and the horse galloped down the lane towards field and forest. He set himself low over the steed’s massive back as they cleared hedges and gullies. Wind whipped Arthur’s hair flat against his head, and sweat had no time to build before it was wicked away by the speed with which horse and rider flew. For a moment he was free. The weight of responsibility could not follow him here.

Finally, sensing the weariness of the beast beneath him, Arthur drew up
. He sat still in the saddle, the stallion’s huge ribs expanding and contracting with each breath. After a moment, he turned the horse toward the wood that ran from his estate to the neighboring property.

The sun had risen fully now, and perspiration trickled down his brow, tickling at his collar
. He loosened the damp cotton from around his throat. Ganesh had also worked up a heavy lather and stepped fast, eager for the run he knew lay a few paces ahead.

Something pricked at the edge of his awareness
. He turned back to survey the broad meadow behind them. Only the sway of the golden grass and a gull gliding the high winds met his gaze. The bird gave a shrill cry. Nothing was amiss. He turned back towards the forest.

Sunlight dappled through leaves that were starting to gather the faintest tinge of color
. Water bubbled in the background. He was sure he’d seen something – but what? His gaze swept the landscape again. Nothing. His imagination must be overactive. Perhaps the sleeplessness of the night before had come home to roost.

He swung to the ground to avoid the lower-hanging branches and led Ganesh deeper into the woods, towards the creek
. He played with the idea of splashing his own face, but here, away from the sun, his damp flesh cooled rapidly. Just as he sat on the bank, he heard a cry, indistinguishable at first from the shrill calling of the gulls. The second call was louder – definitely human.

Turning, he caught a movement in the trees across the glade
. A woman stumbled forward, dark curls swirling loose about her head and arms. She lurched on, her eyes locked on some distant point. His eyes narrowed in observation. Her clothing was ripped, the white gown hanging low about her shoulders.

He stepped forward, ready to offer assistance, but years of training slowed him
. No proper woman would wander about the countryside in such
deshabille
. Still, he had a duty.

He strode forward, intent on getting her to the village before she could cause damage, or come to harm
. As that thought crossed his mind, he became aware of the delicate pink toes peeking out beneath the hem.

Eats to Die For! by Michael Mallory
The Prince by Niccolo Machiavelli
Though Not Dead by Dana Stabenow
Full Fury by Roger Ormerod
The Corpse Washer (The Margellos World Republic of Letters) by Antoon, Sinan
The Depth of Darkness (Mitch Tanner #1) by L.T. Ryan
Baghdad Central by Elliott Colla
The Complete Idiot's Guide to Werewolves by Brown Robert
Full Circle by Davis Bunn
A Good Night for Ghosts by Mary Pope Osborne
Our partner