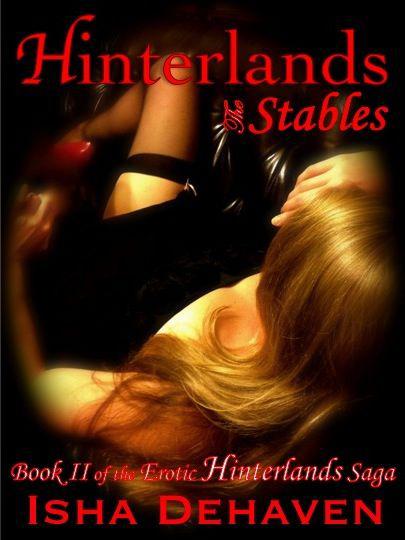 
This is
a work of historical fiction.

Names, characters, and places are products of the author’s imagination,
or are used in a fictitious manner.

Any resemblance to actual events, locales, or persons, living or dead is
purely coincidental.

No part of
this work may be reproduced or transmitted in any form or by any means,
electronic or mechanical without the express written permission of the author.


For
Sweet Peas in the
Summer

The stars burst overhead, shattered and brilliant, firing
their silver light across the black canvas sky.

Amelia glanced up at them, and then back
at the dark shadow of the massive house as it fell away behind them. They had
exited through the same service-door she had entered on that first day at
Hinterlands, and she found it quite odd now that her arrival now seemed like
the distant past.

Shocked
momentarily by the cool autumn night, Amelia had been ushered into the back of
an open air wagon where to her surprise there were a number of other
house-servants waiting there in the darkness, most of them in their bedclothes
shivering. She was surprised to see the small oriental girl from the dining
room there, and beside her the skinny red-haired one from yesterday’s breakfast
sitting mutely, and somberly, their arms crossed and their small breasts and
dark nipples visible beneath the thin fabric of their nightgowns. She took her
place on the firm wooden bench and noticed that there were also many young men
she had never seen before, even while walking about the house. Perhaps footmen
or stable boys in training?

“Why aren’t we going yet? I’m freezing!”

It was the red haired girl and she was whispering.

Her hair was wet and hung heavily about
her shoulders. She was shivering and clutching her arms tightly about her
skinny frame. Mr. Stephen had obviously retrieved her directly from the
bath.

As if on cue they heard a violent commotion from the
side-door of the house and the sound of a feet kicking and being dragged
through the small pea-gravel.

Three
young men this time were pulling and pushing someone through the darkness.

As he came into the moonlight all on
board the carriage could see it was another young man that was being forced on
board.

He was lean and powerfully
built, wearing a white house-shirt that was torn and hanging from his finely defined
frame.

The look on his face was
wild, and his dark blonde hair hung loosely over his eyes.

Yet as soon as
the men relinquished their hold on his arms, the young man immediately began to
sprint away, forcing the others to give chase.

He ran directly to the waiting group in
the wagon, his bare feet crunching in the gravel, and then proceeded to scamper
in tight circles around them, juking to and fro in order to keep the wagon
directly between himself and his angry pursuers.

Mr. Stephen, creeping quietly, made a
pathetic attempt to grab him from behind and was surreptitiously knocked to the
ground and trodden over, eliciting a burst of laughter from everyone on
board.

A dark-haired young man who
had been sitting next to Amelia, silently raised himself and moved to perch on
the side of the wagon.

As the man
in the white shirt came running around for another circuit, this dark haired
man leapt cat-like onto his back and knocked him to the ground.

For a moment they both struggled and it
seemed as if there would be a fight, but it was only for a moment, as the other
men quickly pinned him down, binding his hands with a tight cord.

He was placed into the wagon breathing
hard and angry, his knees already bruised through his torn breeches. A small
drop of blood colored the corner of his mouth.

His face was youthful and confident and he stared ahead
blankly, seemingly at nothing. It struck Amelia that this face was so lovely it
could have been carved, much like a statue, or the fine wooden carvings outside
the Duchessa’s door.

He was someone
who had strength and surety, much like Lord Dunmoor, and she could also see
imperiousness in those blue eyes.

Who in the world was this young man?

She noticed the others too felt his
power, and they stared fixedly at his body and face, deeply attracted to his
wildness and ferocity.

As she
observed him sitting there on the bench, his face changed.

He had softened, the spirit of
resistance, the fight, cooling to a simmer. He seemed defeated now as the wagon
pulled away from the main house.

They traveled through the night down the winding road,
the relative silence only broken by the occasional cough, and Mr. Stephen
complaining of his sore back. Before long they approached the large stables Amelia
had glimpsed some days ago.

Somehow
the structure appeared much more ominous at this hour.

The wagon ground to a halt and Mr.
Stephen climbed down slowly. He was obviously quite sore from his run-in with
the young man.

Six young men now came sauntering
out of the lighted entrance to the Stables. They looked to be farm hands,
accustomed to working with animals and bales of hay, and their rough and ready
appearance didn’t help any of those present feel more comfortable. Amelia could
smell the scent of horses and hay on the air, strong enough to overpower the
perfume of the lush green grasses and wild lands that surrounded them on all
sides.

After they had all exited the wagon, (the young man was
carried by his shoulders and forced to his feet) they stood nervously and
expectant, no idea what came next.

Glancing to her left she could see the tall red haired girl, Ms.
Jenkins, with tears streaming down her face.

A few other girls stood around, doing
their best not to draw attention to themselves.

The four house-boys who had accompanied
them in the wagon stood stoically together, holding their small bags of
possessions.

“Each and every one of you has been selected by the Duchessa
de Montaigne
herself
, to be trained
and prepared for her
personal
service.” Mr. Stephen shouted trying to sound as authoritative as
possible.

“This means your future
here at Hinterlands, is entirely dependent on your full participation in this
training. Failure to adhere to the training regimen will result in your immediate
dismissal from the estate, and loss of your situation.

There was a general murmuring from the
group as each of them contemplated the prospect of losing their situation.

This was simply not an option.

Banishment from the estate meant certain
poverty and possible starvation for most of them.

They were the working poor, trained for
service, and without a recommendation from one’s previous employer, they would
be untouchable to any new potential situation.

Mr. Stephen cleared his throat and
continued his speech.

“Your clothes will be removed.

There are no clothes permitted here
while you are in training.”

This
was met with shocked gasps from them all.

Before they knew what was happening, the six attendants began stripping
them of their clothing, forcefully.

A particularly large farmhand, built like the side of a barn, approached
her from behind.

He grasped her
nightgown by both shoulders and with virtually no effort whatsoever he tore the
thin fabric from her body, laying her naked in the cool night air. Terrified,
she immediately dropped her bag and covered herself the best she could with her
hands.

“Hands at your sides!!

Hands at your sides!!” Mr. Stephen
yelled his voice cracking.

Reluctantly and dutifully, they did as they were told,
placing their hands at their sides and standing before eachother naked.

Amelia could feel her pink nipples
hardening in the chilly night air.

They all stole glances at each other’s nudity, young breast, thighs, and
penis’s exposed in a manner none of them had ever experienced.

The tall red-haired girl stood across
from Amelia, and she could feel the girl’s eye’s trailing from her small
breasts, down to her sex, and on to her legs as they tapered toward her tiny
feet.

The small oriental girl stood
next to an amazingly voluptuous dark haired girl from the kitchens, their
bodies in stark contrast to eachother.

She shivered and tried not to gaze longingly at the wild boy’s body.

His chest was strongly defined and broad,
his abdomen rippled from long hours of labor.

His penis was…standing up slowly,
growing before her eyes.

He glanced
at Amelia’s face and his gaze softened, almost a pleading expression.

He’s off to the races already.” One of
the attendants had noticed the young man’s erection hardening and growing.

It was smooth and handsome, this
penis.

It looked strong and robust
in the evening light. As if her face couldn’t get any redder, Amelia flushed at
the sight of it. The skinny Miss Jenkins gawked openly, her mouth hanging open.

Have some propriety young lady!” Mr.
Stephen chirped, relishing the irony. “Oh there-look at this!

Mr. Howard! You are just a barrel of
laughs tonight aren’t you?” Mr. Stephen circled the young man slowly. Amelia
was glad to know this lad’s name, even though Mr. Howard seemed so formal a
name for one so wild.

“What shall
we do with you sir?”

He mocked,
pursing his lips.

He then removed a
small riding-crop from his jacket and held it up in the air for all to
see.

Without another thought he
whipped the boy’s hard penis with a snap. Mr. Howards face contorted with pain,
and he exhaled his breath in a shuddering hiss, yet somehow he managed to stand
stock still at attention, looking directly forward, right towards Amelia
actually.

He seemed to be gazing at
her body, and she shifted nervously, holding her thighs tightly together.

There was simply no way to hide the
patch of blonde hair between her slender thighs, nor her small breasts as they
stood erect in the chill.

She
averted her eyes demurely, but she also couldn’t help but notice Mr. Howard’s
penis. It had turned red along its top, growing larger and angrier by the
moment.

That one there, eh?

Mr. Stephen had noticed that the boy was
glancing in Amelia’s direction.

Her heart was racing.

The last thing she wanted was attention
from Mr. Stephen.

Watching the
boy’s penis treated so roughly, had been beastly, but even more alarming was
the realization that she was aroused and wet with desire.

She could feel the silky smooth dew
rapidly gathering between her netherlips, and she resisted the urge to move thighs
together, lest anyone take notice. Glancing around she noticed that some of the
other girls were panting as well and Ms. Jenkins was actually stroking her sex
with her fingers absently, breathing hard, her mouth slightly open again.

En el Laberinto by Margaret Weis, Tracy Hickman
Dangerous Days: by Mary Roberts Rinehart
All I Want Is Forever by Ford, Neicey
Soul of the World by Christopher Dewdney
The Catching Kind by Caitie Quinn
Shake Down the Stars by Renee Swindle
Nøtteknekkeren by Felicitas Ivey
More Than One: A Novel by Fowler, Monica
Village Gossip by Shaw, Rebecca
Dangerous Hearts: Rock Star Romance, 1 (Lyric & Wolf) by Mia McAdams
Our partner