Read His Betrayal Her Lies Online

His Betrayal Her Lies 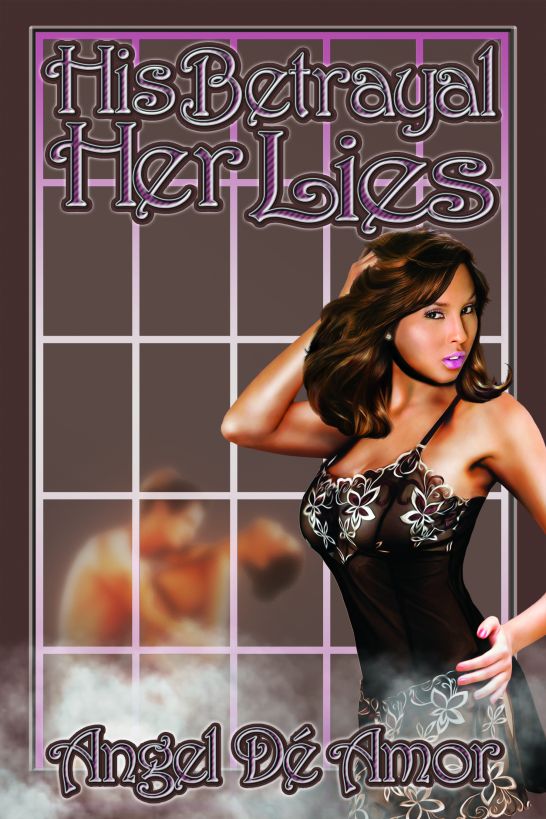 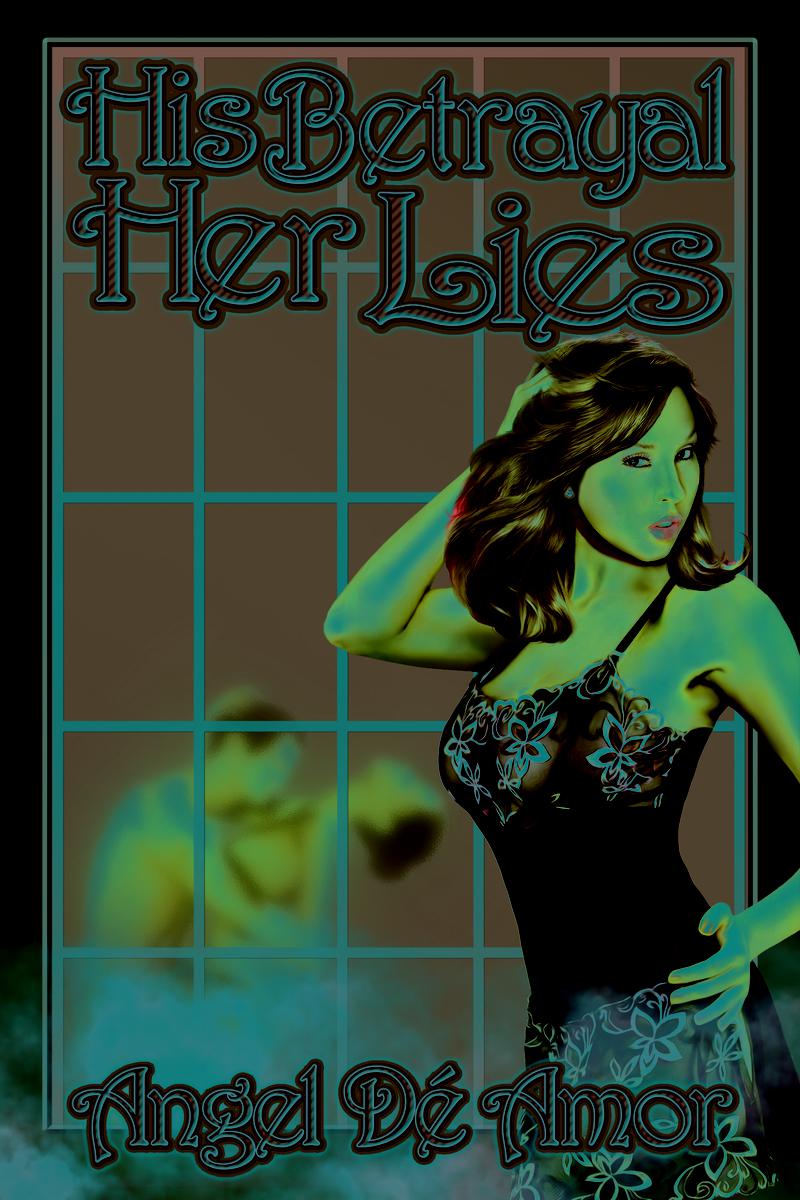 His Betrayal Her Lies

An hour earlier, Taylor stood daydreaming,
looking out the bay window in her kitchen, glad to be home from a
long business trip. “This tastes so good,” she said aloud as she
sipped her wine.

Drink in hand, she grabbed her purse and
headed for the bedroom. The contents of her overloaded Michael Kors
leather handbag rattled around as she tossed it onto the nightstand
next to her bed. The three-inch heels she had toddled around in all
day had worn out their welcome. She stepped out of them and began
undressing, a trail of clothes marking her path from the bedroom to
her master bath.

A hot bath was just what she needed. That and
a few more sips of wine. After turning the water on full force in a
Jacuzzi tub big enough to hold six people, she peeked back into the
bedroom to see where she left her glass.

“There you are.” She retrieved the drink and
placed it on the bathroom sink, then delicately submerged herself
in the hot bubble bath. Laying her head against the pillow rest,
she felt some of the day’s tension begin to melt away.

Just as she closed her eyes and relaxed, her
Blackberry sounded off from the bedroom. At this time of night, it
could only be one person. Her first instinct was to ignore it. But
her curious side told her to get up and read the text message.

Against her better judgment, Taylor got out
of the tub and wrapped a bath towel around her slender body. She
swiftly tiptoed across the floor and into the bedroom, trying not
to let too much water puddle around her feet. She reached for her
purse but thought better of it and dried her hands before rummaging
through the side pocket of the bag.

Retrieving the phone she pushed the view
button. “Hey beautiful, I miss you and want to see you
tonight.”

If heart rates were measured in miles per
hour instead of beats per minute, hers was going way past the speed
limit. She knew she should’ve pressed delete. But knowing and doing
were two different things.

Shiny nails clicking against the keys sounded
like Morse code as her thumbs tapped out “I miss you too, babe, and
I want to see you.” She pressed the send button and waited for a
reply. Within seconds, her phone sounded again. “Can you come
tonight, babe?”

Taylor pushed aside her purse so she could
see the nightstand clock. “Midnight,” she muttered. She had no
business hooking up with him at all, let alone at this time of
night. But flashbacks of all the things he could do to her body and
the way he made her feel seemed to be calling the shots. “I’ll see
you in forty minutes,” she typed back.

Why in the world am I doing this yet
again?
After her last session, she told herself that was it.
But in the past year, her body seemed to yearn for him constantly.
She couldn’t go through a single day without thinking about his
“red light special,” as he called it. Every time she closed her
eyes, he appeared naked and sweaty. All she wanted—all day,
everyday—was him inside of her.

Taylor tossed her Blackberry onto the bed,
looked into her closet, and debated about what to wear. She always
made sure she looked desirable … delicious … delectable
when she visited him. No particular outfit seemed to jump out at
her. But there was no question about what fragrance to wear:
scented rose peach lotion from Victoria’s Secret.

She moved to her dresser, opened the bottle,
and rubbed the lotion all over her body, paying special attention
to his two favorite places to nibble—her neck and legs. The
butterscotch skin, brown eyes, and petite body that were reflected
in the mirror as she massaged her legs made her feel extra sexy.
She stood and did a little sensual dance as she opened her
underwear drawer, selected a striking red lace thong, and slipped
it up her legs.

Some teeny devil must have been sitting on
her shoulder urging her on. “Yeah, this thong is all the clothes
you’re going to need.” She pulled her four-inch red pumps out the
closet and slid them on her feet. “Sorry, babies,” she told her
aching feet, “but I gotta look good tonight.”

She snatched her wallet out of her purse off
the nightstand and her Blackberry off the bed as she walked to the
living room closet. Wrapping up in the long, black, fox fur coat
would protect her from the chilly November weather.

She punched in the code to activate her house
alarm and stepped out the door. The brisk, windy Chicago air
reminded her that she was virtually naked. She hurried to her
silver BMW X5, popped the alarm, got in, and turned the
ignition.

Guilt began to creep in.
Or was it the
voice of reason?
Whatever it was, it made her want to go back
into the house. She dropped her head into her hands, shaking it
back and forth in disbelief and disappointment. Her inner voice got
on her case.
Damn it! What are you doing, Taylor? You can’t
continue to do this to yourself. All good things do come to an
end.
But regardless of how the thoughts resonated, she couldn’t
resist the tug at her heart.

She pulled out of the horseshoe driveway and
headed West on I 94; it was almost as though the BMW had a
mind of its own. Her conscience bothered her again.
Turn this
car around right now. You said the last time was the last time. If
he finds out your secret, you will lose him forever.

Taylor tuned out the nagging thoughts and
pressed harder on the accelerator. A few minutes later, she pulled
up to the loft and into his designated visitor parking space.

“Damn, I forgot to put on makeup,” she said
as she flipped the visor down and checked her face. Her hair was
still semi-wet from her steamy bath. Fluffing up her reddish brown
soft curls would have to suffice. She took a quick look inside her
fur coat, still unable to believe that she left the house wearing
nothing but a thong and heels.
Lord, that man knew how to bring
out the untamed part of her!
She pulled her coat closer. “This
time will be the last time, I promise.”

The clock on the dashboard read 12:45 a.m.
She got out before she lost her nerve, stilettos clacking against
the concrete as she walked across the parking area and up the
stairs. When the elevator arrived, she pulled out her key to the
loft.

What new adventure will he take me on this
time?
Her pussy was becoming so wet that if she didn’t stop
thinking like this, she would have to toss her panties before
making it upstairs. The numbers on the screen above her head lit up
as the elevator ascended to the eighth floor.

She stepped off and turned left down the
long, narrow hallway. In front of Suite 822, she lifted her arm for
one delicate knock.

Kalon slid open the steel door, looking sexy
as ever. He had on no shirt, proudly displaying his six-pack. His
jeans rode low on his hips and he was barefoot. “Hey, babe, come on
in.” He reached out, grabbed her hand, pulled her softly into the
dim room, and kissed her on the neck.

The flood gates between Taylor’s legs
instantly released.
Damn, there go my sexy panties.
He
reached for her coat and slowly slid it off of her shoulders. Her
lips curled into a devilish grin as she watched his reaction when
he saw she was naked except for the sexy, now-damp thong.

Kalon ran his tongue across his bottom
lip.

She turned to give him a view of her
backside. “You ready for me? ’Cause I know I’m ready for you.”

He pulled her close and nipped at her
earlobe. “I thought maybe we should eat a snack and then go to
bed.”

Taylor stepped back, placed her hands on her
hips, and poked out her bottom lip. She only had a few hours. She
intended to make the most of them. Her hand touched the sensitive
area on his chest, and he took in a sharp breath. “Let’s skip the
snack and go to bed.” Hand sliding down to his navel, she added in
a pouty tone, “Now.”

“Dang. Why the rush, babe? We’ve got time.
And besides, what I want to do to you can’t be hurried.”

“Well …” Her voice trailed off. “I have
to go to church with my family tomorrow.” That was true—kind of.
Too nervous to look into his eyes, she stared down at his toes
peering out from the frayed hems of his jeans. She had never been a
good liar.

Kalon raised his left eyebrow and looked at
her sideways. She hoped he didn’t see through her lie. Giving her a
sexy grin, he picked her up and said, “Okay, babe, let’s go to
bed.” Her legs straddled his hips as he walked to the bedroom. He
nestled his face in her hair as he whispered into her ear, “I’m
going to make you feel beautiful tonight.”

He positioned her on his silky red sheets and
unzipped his jeans, never taking his eyes off her body. He bent
slightly at the waist and tugged the skin-tight denim down his
hips, unleashing his manhood. With a strong grip, he stroked it
once.

He slowly came toward her. “Red sheets, red
thong,” he softly groaned, “and red stilettos.” He got on the bed,
his body hovering over hers. “Red is supposed to mean stop. But
ain’t gonna be no stopping tonight. You hear me?”

Melting into the sheets as he lowered his
body onto hers, Taylor responded to his every move. “Don’t ever let
this end,” she pleaded and clutched him to her. His muscular body
ground even harder against her.

She shuddered to think what Kalon would do if
he knew her secret: he was sleeping with a married woman.

“Taylor,” Tammy Briggs pleaded, “please come
out of that dressing room.” Taylor peeked her head out the door.
The lacy handkerchief her mother was using to fan herself was no
match for the hot flash that had no doubt attacked her.

“Taylor, baby, please. You have tried on
almost every dress in here—a couple of them twice! You look
beautiful in all of them but I need you to choose one.”

The white, floor-length wedding dress that
Taylor wore filled the frame of the fitting room door. A bridal
consultant appeared beside Taylor and held her hand to help her
step up onto the podium centered in the middle of the floor.

The pretty brown eyes of the bride-to-be
flitted back and forth between images in the five wall mirrors that
surrounded her but she still wasn’t sold. “What do you think?” she
asked her sister, Toni Briggs, and two best friends, Pamela Jones
and Libby Townsend.

It must have been the fifteenth time that day
that women surrounded her to admire a dress. Taylor could see that
they were way past weary but were trying hard to show enthusiasm
and support. She thought to herself, “
Gotta love ’em.
”

“This is definitely the one.” Toni waved her
hands like Vanna White, drawing attention to various aspects of the
dress, as Pam played the role of fashion commentator.

“Look how this one shows off your petite
shape and sexy neckline.” Pam pointed out. “And girl, I know you’re
not going to tell me those long shapely legs of yours don’t look
good with that high cut in the front of this gown.”