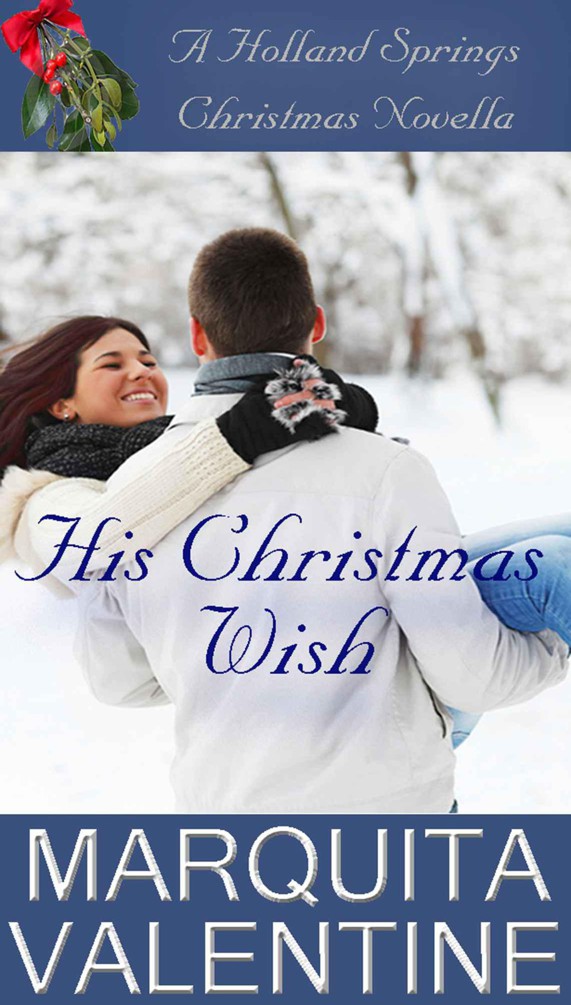 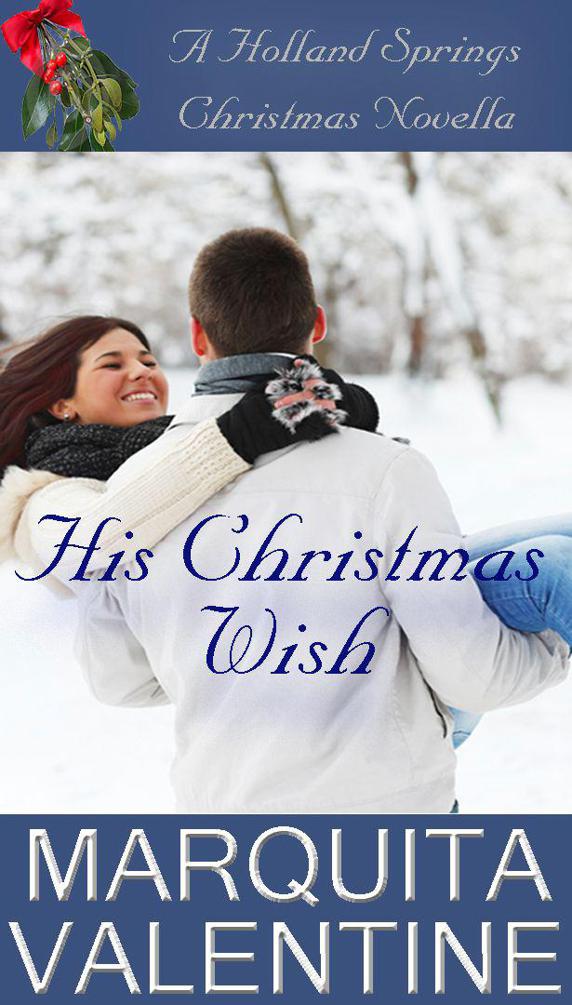 This book is a work of fiction and any resemblance to any person, living or dead, or any events or occurrences, is purely coincidental. The characters and story lines are created from the author’s imagination or are used fictitiously.

Used under license from istockphoto.com

Seduction of the Billionaire Playboy Actor

Dedicated to all the brave service men and women
and
their families that have sacrificed so much for our freedom
.

Joaquin Morales supposed that every small town had its own hero—too bad Holland Springs’ was the biggest horse’s ass on the planet.

Too bad that the horse’s ass was him.

Joaquin waved at the crowd flanking each side of Broad Street. His lips were frozen in a tight smile as his eyes did what they had been trained to do, put into action for the past twelve months—scan for snipers, out of place looking buildings and suicide bombers posing as families.

He didn’t deserve this honor. This back of the Christmas Parade position by the Snow Queen with Old Saint Nick trailing behind them. No, there had been others more worthy. But instead of a ride in a convertible, they had a one-way ticket home in a casket draped with an American Flag in the underbelly of a plane.

Festive decorations lined the street. Garland wrapped around light posts while wreaths with dark red bows swayed with each gust of wind. Dirty slush lined the sides of the street, a strange sight to see in North Carolina, since the coldest part of winter tended not to hit until about February.

Eyes blurring, he blinked and exhaustion hit him hard. Twenty-six hours ago, he’d turned in his weapons and gear, given his landlord notice, packed up his truck and driven straight home.

Or rather the place he used to call home.

Not much had changed in the years Joaquin had been gone.

The corner drugstore still served vanilla cokes and grilled cheese sandwiches at its lunch counter. The only movie theater in town still played movies two months after their release for discount prices. Tetterton’s Hardware still had the same two rocking chairs being rocked by the same two men arguing over the same game of checkers.

A loud popping noise made him dive for cover in the back seat as he shouted, “Get down.” Adrenaline infused his bloodstream. His heart beat a sharp staccato.

Time seemed to freeze and speed up all at once. He heard every beat of Holland Springs High School’s drum line as they marched down Broad Street while the screams of the crowd become one long roar.

“
Let me up,” a voice screeched in his ear, but he didn’t. He couldn’t. In fact he shoved the head belonging to that voice into the floor mats.

The popping noise went off again, followed by the sound of children’s laughter. Firecrackers.
Firecrackers.
Dammit.

He scrambled off of Ella, grabbing her arm to pull her up to a sitting position. Her crown was askew, hair halfway out of its perfect bun and her dress had a rip. Frowning, she patted her hair into place and looked down, then smacked her hand over her mouth. Unfortunately, it didn’t completely muffle the scream of fury and he winced.

“
What’s your problem?” she hissed, her frown giving way to the biggest fake smile he’d ever seen.

“
Sorry, it…I—” What was he supposed to say—that he saved her from kids messing around with a bag of Snap Pops? Inspiration struck. “There was a bird getting ready to er, poop in your hair.” Never mind it was December and too cold for even the birds to venture out.

Tears filled her eyes as she quickly fixed her hair. “You really are a hero.” She whipped out a pair of scissors from a bag in the floor and began working on her dress.

Joaquin didn’t know what impressed him more—her acting skills or how quickly she pulled herself together. “You’re welcome.”

They resumed their former positions and the crowd let out a loud cheer. He struggled not to flinch from the sound. A part of him wanted to jump out of the car and run away from the humiliation. And yet another wanted to find the closest bar and drink his way to oblivion. But he had a job to do after this parade.

One that scared the ever-loving hell out of him.

“
Smile bigger, sugar. Maybe put your arm around me,” the perky brunette beside him whispered. He glanced at her, watching in morbid fascination as her glossy red mouth barely moved as she spoke. “I’ve been waiting two years to beat Hannah Jane Simpson, and you’re not gonna ruin my moment.”

He really didn’t want to put his arm anywhere near her. Hell, he really hadn’t wanted to be in the Christmas Parade in the first place, but saying no to Pastor Mike was unthinkable. Especially since Pastor Mike was also the newly elected Mayor of Holland Springs. All Joaquin had wanted was a steaming mug of decaf and some sleep. But all he’d gotten was a cold cup of obligation.

Exhaling, he forced a smile as well as his arm around Ella, barely touching her back.

“
Want to be my date to the Lighting of the Christmas Tree Ceremony?”she asked, executing a pageant wave.

His brows shot up. “How old are you?”

“
Nineteen.” She snuggled up to him, then wrinkled her nose and edged away. “What’s that smell?”

Thank God and three cheers for wearing old ACL’s, ones that he’d dug out of one of his duffle bags. Pastor Mike had insisted on it. Besides, barely legal wasn’t remotely appealing to him, not even if he were single. “It’s the smell of ‘I’m way too old for you’.” And war. He still smelled of sand, sorrow and violence. There wasn’t enough detergent on the planet to get it out of his clothes. Not enough soap to scrub it from his skin. And there was nothing that could rip it out of his soul.

Ella started talking again, but he’d already tuned her out and looked at the clock tower sitting on top of the courthouse. Only ten more minutes and he’d be free.

Sweat trickled between his shoulder blades. The small of his back itched. Jesus, he needed a shower. He rubbed at his jaw, bristles scratching his skin, and a shave.

Auburn hair glinted in the morning sun and his heart sped up. The crowd shifted to the left, obscuring his view. He craned his neck and pushed up on his hands, searching for another glimpse.

“
Would you sit down,” Ella said, tugging on his uniform. “What are you looking at?”

Miraculously, the crowd parted and there she was—just as beautiful as he remembered. Pretty grey eyes framed with black square glasses and curves that made his mouth water and his hands itch to caress. The beginnings of a smile crept on his face.

The vision before his eyes crossed her arms and glared back at him.

“
Sage Caswell?” Ella asked, her voice incredulous. “But y’all’s parents hate each other. Oh! So, that’s why you won’t go out with me.” She sighed dreamily. “Like Romeo and Juliet.”

Sage waved a piece of paper at him, and the tips of his ears grew hot.

“
Something like that.” But only if Juliet had woken up and stabbed Romeo.

Of course, she knew, he rationalized. Sage was one of the most intelligent people he knew. Maybe she would understand why he’d done what he’d done. That he’d been a coward, but ultimately, he had wanted to make it up to her, to earn her forgiveness…and love.

Sage had always had a soft spot for dumbasses. Hell, she’d fallen for him hadn’t she? Hard and fast. Bright as the summer sun before he’d left town. Without her.

Sage tore his letter into pieces and he cursed under his breath. She threw them into the air, turned on her heel and stormed away. White confetti trailed behind her as it was tossed around by bodies and small gusts of wind.

Defeated, he sank back down and mentally licked his wounds. Guess it was time for Plan B.

“
Hi, I’m the Snow Queen. Let me bat my eyelashes and pout my trouty lips while you eat it up,” Sage cooed in a falsetto, then lowered her voice to a husky baritone. “As soon as this parade is over, I’m going to show you just what you can do with those lips.”

Rolling her eyes at the childish conversation that was most definitely
not
caused by jealousy, Sage made a sharp right on Oak, walking as fast as she could to her family’s car dealership.