Read His Father's Son: To save the son he loves, a desparate father must confront the ghosts of his past Online

His Father's Son: To save the son he loves, a desparate father must confront the ghosts of his past

BOOK: His Father's Son: To save the son he loves, a desparate father must confront the ghosts of his past
4.81Mb size Format: txt, pdf, ePub
Read Book Download Book
ads 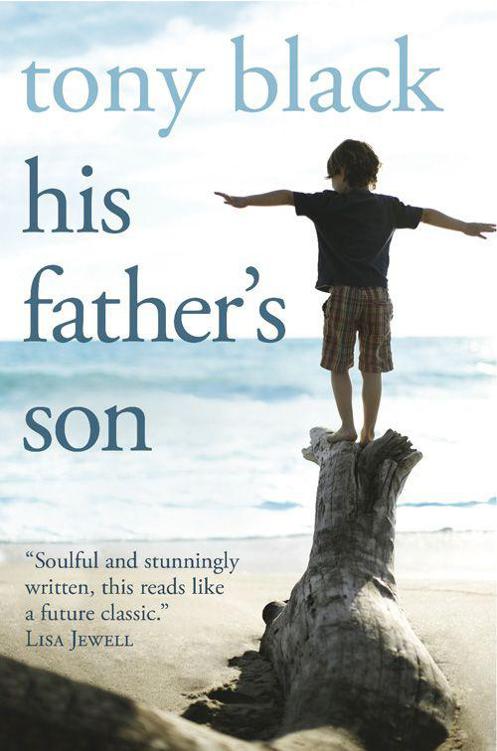 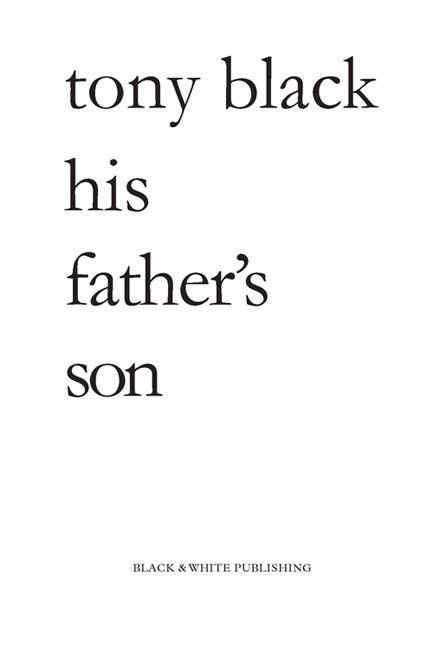 For my son,
Conner

Marti didn’t get it. He knew when Dad said it was “just one of those things” it was because he couldn’t be bothered explaining.

“But why, Dad?” said Marti. It was burning hot outside and Dad was stretched out in the yard under the coolibah tree. Marti had seen him put the newspaper over his face when the sun broke out from the shade. He was still under the paper when Marti asked the question again. “Dad, why Blue?”

Dad must know, thought Marti. He had never heard him say he didn’t know about something. He must know, really. “Just one of those things” was something grown-ups said when they couldn’t be bothered. It was like, “Go away and play with the cat’s eyes on the road.”

“But Dad, why Blue?” Why did they call Dad ‘Blue’? Pete, their neighbour with the swimming pool with the leaves in and the car with no wheels, had called Dad ‘Blue’ every time he passed by. And Pete wasn’t even a very good friend of Dad’s, thought Marti. Pete didn’t even support Liverpool, so Dad couldn’t really be good friends with him.

“Marti, it’s an Australian thing, all right. That’s what they call you in Australia when you have red hair like me,
Blue
.”

Marti really was confused now. “Well, why don’t they call you Red?”

“Because Marti, it’s Australia and they do things differently here. It’s the other side of the world.”

Marti knew Australia was on the other side of the world from Ireland. Dad had shown him on the map, and on the globe in the library he had shown him where the boat had come across all the ocean and how it was the best money he’d ever spent. He told him the story about how they needed men like him because the country was so big they had to fill it up and he paid all his money for him and Mam to come on a boat from Ireland.

“But why because it’s the other side of the world?” Marti knew he was pressing his luck. Dad put down the paper and tipped back his cap. It was bright sunshine outside and he had been trying to sit in the shade of the coolibah tree and read the news, but he was there so long the sun had followed him and the shadow was on the other side of the tree now.

“Right, Marti,” he said, and picked up the rug he was lying on and moved it into the shade again. “If I explain this thing for you, will you give me some peace?” Marti nodded. “Right, now first things first, get out of the sun –
eleven to three, under a tree,
remember.” Marti moved over into the shade of the coolibah tree with Dad.

“Now, in Australia everyone – well, mostly everyone in Australia – comes from Ireland or Scotland or the Other Place.” The Other Place was England; Marti knew Dad didn’t like England, except for Liverpool but that was as Irish as Molly Malone, he said, whoever Molly Malone was. “So, Australia is on the other side of the world. Australians think this is a funny thing, it’s like everything is the opposite. It’s summer in Australia when it’s winter in Ireland and the water goes down the plughole the other way.” Marti’s eyes widened. “Ah now, forget that about the water, son, that’s a whole other story, but so you see what I’m saying? That’s why red becomes blue in Australia. Do you get me? Do you see it now, Marti?”

He kind of got it. He didn’t know why the Australians wanted to call red blue, but he got the bit about doing things the other way around. It made him wonder because he had black hair like Mam, maybe they would call him white.

He was still a bit confused, then Dad leaned forward and lifted him up on his knee. “Don’t worry your head about this nonsense, son. Sure won’t you get it all for yourself when you go to Ireland.”

“Are we going to Ireland?” said Marti.

“No, son, we’ve no plans to go to Ireland. Australia’s our home now, but sure, won’t you want to go and see the place one day, to see where your mam and dad were born and where the giants come from, and sure won’t you have to try the Guinness on home soil. There’s nothing like a pint of Guinness poured on Irish soil, son – when you’re a man, of course.”

“Never, not even when I’m a man and I get the Guinness?” He knew Dad would never go back to Ireland. Mam had said it was because he was too fond of foostering his days away in the sun, and didn’t Ireland only remind him of himself.

“No, Marti, I never will. Sure why would I want to – would you look at this place? Isn’t it God’s country entirely; you can’t grow oranges in your yard in Ireland.”

“Then I won’t go, Dad. I’ll stay here with you.” Marti hugged him and Dad laughed.

“Son, you’re choking me – that’s some grip you have there. Do you fancy yourself a wrestler?” Dad pretended to bite Marti’s arm, and the pair rolled around on the grass. “That’s enough now. There could be trapdoors around here,” said Dad.

Trapdoor spiders were sneaky bleeders, Mam had said. They bury themselves in the yard and then jump out of their little grass trapdoors to bite you if you’re not careful, she had told Marti.

“Do they have trapdoors in Ireland, Dad?”

“Then could we wrestle in the yard if we lived in Ireland, Dad?”

“You’d be soaked through in a millisecond, Marti. Sure, there’s no sunny days over there. It’s all rain, rain and more rain. No, this is the place, Marti, God’s country, like I say. Now away and play.”

“Will you show me the flower dancing?”

“No, son. Come on now. I think I hear your mam calling you. Is that a cake she’s been baking?” Marti knew there was no cake. He had never known Mam to bake a cake. Dad was having him on.

“Dad, can I see the flower dancing, in the wind like you say it, Dad?”

“Aren’t you getting a bit big for that, Marti?”

“No, Dad. Please, please, Dad.” Marti felt sad when Dad said this. He really was getting too big at eight to see the flower dancing, but he liked the way Dad did the trick. It was his favourite trick in the world.

“A shamrock.” Marti spluttered out the word and knew it as soon as he said it. He knew he’d forget it again, too. It was the green flower thing on Dad’s arm that he could make dance in the wind.

Dad rolled up his sleeve over the shoulder and showed Marti the shamrock. “Here it comes then, son.” The shamrock stood there, square in the middle of Dad’s arm.

Marti grabbed Dad round the shoulders. “I love the shamrock, Dad,” he said.

“And the shamrock loves you too, son. Now off and play, before your mam really is calling you in.”

Marti loved playing in the yard.

He could remember when there was just a yard and Dad took them to buy the house to put in the yard. It was a big field full of houses all up on big tree stumps and Mam said she liked the one with the white rails that went all the way around. “I like that one too,” said Marti, “because you could walk under it and I could climb out through a secret passage.” But Mam said you couldn’t because the big tree stumps would go away and you wouldn’t be able to walk under the house anymore.

A man in a hat and a vest, with a big belly and freckles on his arms, said Mam had an eye for a bargain and she could look around the house if she wanted, but Dad said he wasn’t made of money.

“You wouldn’t need to be, mister. This is a repo’,” said the man with the freckles on his arms, and Dad went over to talk to him. When he came back everyone went to look around the house. Dad had to lift Marti up over the big gap and the wood made a noise like a twig snapping, but Dad said it was all right, and the man with the freckles on his arms shouted out, “No worries, sonny. You’re as safe as houses.” And Mam smiled.

Inside Marti ran around the empty house. There were some things left behind, like a big wooden chest, which was nailed shut. He thought it might have treasure inside and told Dad, but Dad said they nailed everything down when they moved the houses. “How do you mean?” said Marti.

“They move them on the road, like a big lorry comes for the house and you take it to where you want to live.”

Marti didn’t answer but Dad said, “Sure, how’s he going to know any different. Isn’t the lad an Aussie? You only think it’s strange because your imagination’s running wild with the big old house driving up the Connemara Road!” Mam laughed, and Marti went off to explore the rest of the house.

In one of the bedrooms there was a picture of Superman and Marti decided this would be his room. “Can I have this room, Dad? Please,
please
?”

“Calm down, son. Haven’t we hardly had a chance to check the place now.”

BOOK: His Father's Son: To save the son he loves, a desparate father must confront the ghosts of his past
4.81Mb size Format: txt, pdf, ePub
Read Book Download Book
ads

Brain Food by J. Joseph Wright
Prada and Prejudice by Mandy Hubbard
Her Best Friend's Brother by T. J. Dell
Shadow Spinner by Susan Fletcher
The Sand Prince by Kim Alexander
Closet Case (Robert Rodi Essentials) by Rodi, Robert
The Alpine Legacy by Mary Daheim
Shadows of the Past by Brandy L Rivers
To Win Her Love by Mackenzie Crowne
Sordid by Nikki Sloane
Our partner