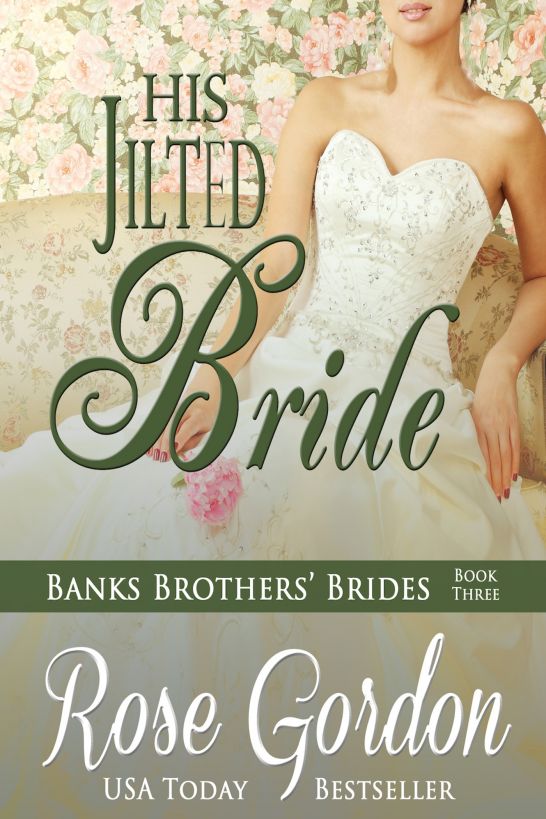 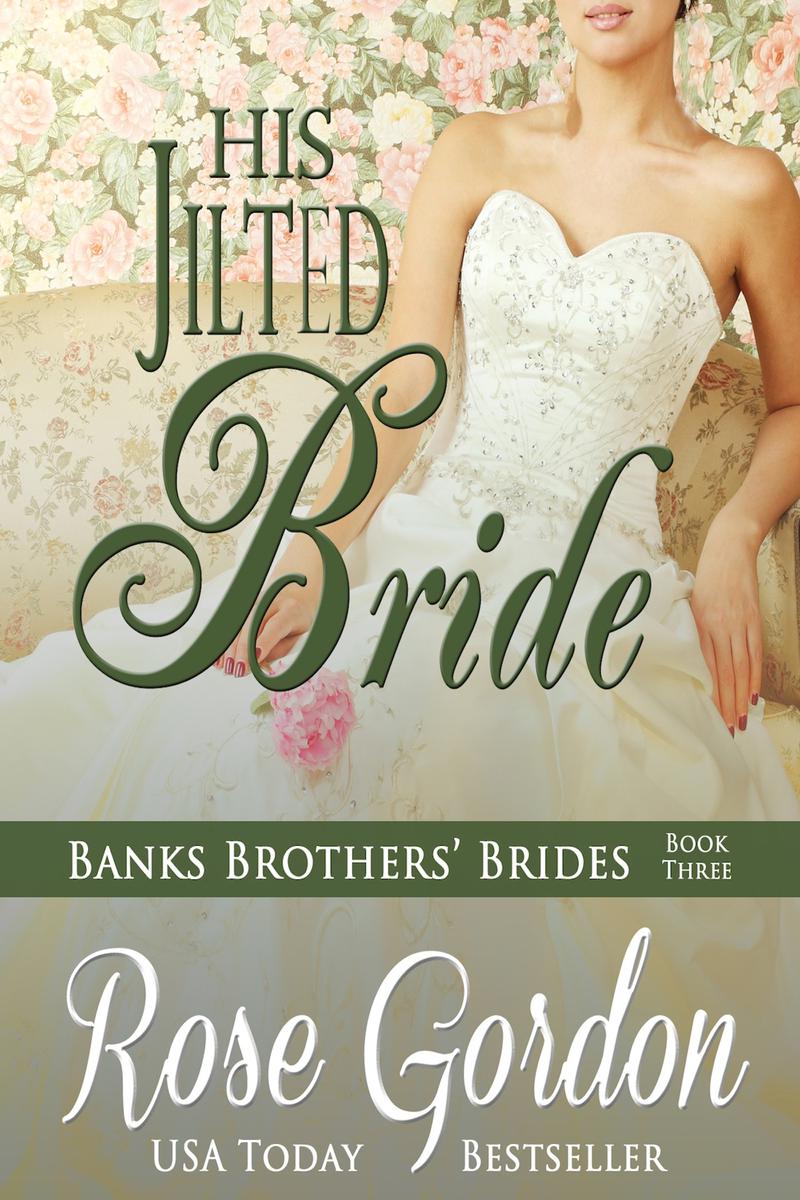 This book is a work of
fiction. All names, events and locales are a product of this
author’s overactive imagination. If any name, event and/or locale
did exist, it is purely by coincidence it appears in this
book.

This book may not be
reproduced by any means, including but not limited to, mechanical,
Xerox, digital, auditorial and/or in print.

If you obtained this copy
illegally, please respect the author and her time enough to
purchase a copy.

It should also be noted,
this book was not written as a history textbook. Please do not
treat it as such. If you do, your education will be sorely
lacking.

Intentions of the Earl
(Book 1)

To Win His Wayward Wife
(Book 3)

The Officer and the
Bostoner

The Officer and the
Southerner

The Officer and the
Traveler

“
You're it!” five-year-old Lady Amelia Brice squealed as she
pressed her dirty hands against Elijah's back.

Elijah remained seated in his shady
spot on the grass and swatted at the neighbor girl who had an odd
tendency to think of him as her playmate. “I'm not
playing.”

“
And why not?” She put her hands on her hips and pursed her
lips.

A sound of annoyance erupted from her
throat and she stomped her foot. “Elijah Banks, you are no
fun!”

Lady Amelia twisted her lips and
enthusiastically nodded her agreement. “He sure isn't. But I know
how to get him to play.”

“
Sure do. He just needs a little kiss!” She puckered her lips
and leaned forward.

Eight-year-old Elijah was off his
bottom and to his feet before she could come within a foot of him,
let alone touch her puckered lips to his skin.

His standing position didn't deter
her. Lips still puckered and ready, she stepped closer to
him.

He took a step back.

She came closer to him
again.

This time, he fled.

“
You'd better run, Elijah, because when I catch you, you'll be
getting this kiss whether you want it or not,” she called as she
chased him around the field. Her unpinned, mud brown hair whipped
wildly in the wind as she chased him around the maple tree and down
the stone walkway leading to the shed, trampling over his mother's
wildflowers before running up the large hill that led to the
house.

“
I'll get you,” she called to him with a wild giggle, making
kissing noises as loudly as she could while she chased after
him.

“
No, you won't,” Elijah shouted back. He crested a hill and
came to a halt when he saw his brother Alex, who was home on
academic leave from Eton, sitting under a tree and reading some
boring tome about plants.

Elijah pressed his finger against his
lips then ran behind a large oak.

From behind the tree, he positioned
one eye so he could watch Lady Amelia.

She reached the top of the hill, her
dark hair plastered against her sweaty face.

“
Alex,” she said, gasping for breath.

Alex nodded to her and Elijah moved
his head back behind the tree, debating about just when he should
start running again.

A twig snapped from somewhere in
Alex's vicinity and he peeked around the tree just in time to meet
Lady Amelia's grey eyes, then he was running again. Only this time
he didn't have the same lead as before.

In front of God, Alex and everybody
within hearing distance, Lady Amelia called for him to stop so she
could grant him his kiss. But he didn't. He ran as fast as his bare
feet could take him.

Just then, the door to his family's
estate swung open, revealing Mother and Father.

Elijah came to a halt and Lady Amelia
ran straight into his left side, knocking them both to the
ground.

She must not have noticed his parents
standing there, for right then, without a second's hesitation, she
pressed her lips against his in a slobbery kiss.

Immediately, he pushed her away and
ran the back of his hand over his now moist lips—that's what a boy
was supposed to do when kissed, wasn't it?—then shoved to his
feet.

Lady Amelia stood, her
eyes as wide as tea saucers. If she'd been anybody else, it'd be
terror that would make her look so scared. But Elijah knew better.
Amelia Brice was the most stubborn, shameless girl he'd ever met.
She wasn't terrified; she was merely surprised.

“
Elijah, Lady Amelia,” Mother greeted, favoring them both with
a warm smile.

“
And what has the two of you running as if the Angel of Death
is nearby?” Father surprised him by asking. Father had no real
shame, either, and often asked blunt questions just to see the
expression they elicited on someone's face. So the fact that he
hadn't made mention of what Elijah would forever have to remember
as his first kiss caught him unawares.

“
She was trying to kiss me,” Elijah blurted.

“
It didn't look like she was trying to me, my boy,” Father
said. “I just hope you've used your tooth powder recently or that
might also be your last kiss.”

Elijah's cheeks burned.
“Well, if not using tooth powder will keep
her
away from me; I'd better go
throw all of mine into the fire right now.”

Mother's face fell and Father sent him
a sharp look at his unkind words.

“
Elijah, you know what you must do,” Mother said
softly.

Elijah swallowed and turned to face
Lady Amelia. He twisted his lips. “I'm sorry if I hurt your
feelings,” he muttered.

Mother shook her head and extended her
hand down toward Lady Amelia. “Come. I was just about to take tea
in the drawing room and I'd love for you to be my
guest.”

“
Truly. Come along now before it gets cold.”

Elijah watched in silence as Lady
Amelia accompanied his mother into the red brick house.

Shaking his head, he turned to go find
Henry.

“
Yes, sir,” he said, turning back to face his
father.

“
Come sit, I want to talk to you about how you treated your
friend.”

Elijah scrunched up his nose at the
way his father had referred to her as his friend. “She's not my
friend.”

“
Is that so?” Father drawled, leaning against a tall white
pillar in front of the house. “You seem to play with her quite a
lot.”

“
Only because she comes over here all the time.”

“
She does that because she likes you, son.”

“
Why can't she find anyone else to like?” Elijah asked through
gritted teeth.

Father shrugged. “I have no idea. She
might find a friend who'd treat her better if she did
though.”

Shame washed over Elijah. “I
apologized to her,” he said in a tone that matched the one he'd
used when he'd issued said apology.

“
Yes, you sure did mumble one, didn't you? And you even made
sure to allow yourself a measure of pride by letting her know that
your apology was only being made
if
you'd hurt her feelings.”

Elijah shrugged. “She's the one who
chased me around the estate trying to kiss me. I doubt I hurt her
feelings.”

“
Perhaps not,” Father conceded. “But that doesn't matter. When
an apology is made, it needs to be sincere or not made at all.” He
pushed off the column and ran a hand through his dark blond hair.
“Son, you might not like her now, but one day you might. Then what
will you do when she wants nothing to do with you because of the
way you treated her?”

Elijah burst out with laughter. “Do
not worry, Father. The chances of Alex having a love match are far
greater than my being attracted to Lady Amelia.”

Blast it all to
botheration and back!

Lady Amelia Brice would have bellowed
every word of that sentence if she had not been trying to prowl
around Lord Nigel's study undetected.

She eased the large drawer to his desk
closed as calmly as she could, considering the frustration and
irritation currently flowing through her. Had her brother, Philip,
been even slightly more specific about what she was looking for,
she might not be so frustrated.

All she knew was she was looking for a
bundle of papers that may or may not be kept in a leather
portfolio. Very helpful, indeed.

Scowling she gripped the handle of
another drawer and pulled. Then again. She frowned. Drat, this
drawer was locked.

Perhaps a locked drawer was a good
thing, she thought as she slid a pin from her hair. She
straightened it as best she could then stuck it between her teeth
while she ran her fingertips along the smooth drawer in search of
the keyhole.

Finding it, she jammed the
end of her hairpin in and jiggled it around until the
distinctive
click
that signaled a successfully picked lock echoed in the room.
She stilled and held her breath, which was absolutely silly. There
was so much noise coming from the rest of the house that nobody
could have been able to have heard that lock turn unless they'd
been in the room with her. And even that was doubtful.

Emperor of the Eight Islands: Book 1 in the Tale of Shikanoko (The Tale of Shikanoko series) by Lian Hearn
Old School Bones by Randall Peffer
The Event (Book 1): Survival by Thomas, Lee
Come to Me Quietly (Closer to You) by Jackson, A. L.
Mystery at Skeleton Point by Gertrude Chandler Warner
Valcour- Enchanted by a Demon (Hunted by Hellfie- Book 1) by Sparks, Libby
Front of House: Observations from a Decade on the Aisle by Denise Reich
False Colors by Alex Beecroft
The Essential Colin Wilson by Colin Wilson
Lamp Black: Second Edition, Disaster, Preparedness, Survival, Awakening (The Gatekeeper Book 2) by Kenneth Cary
Our partner