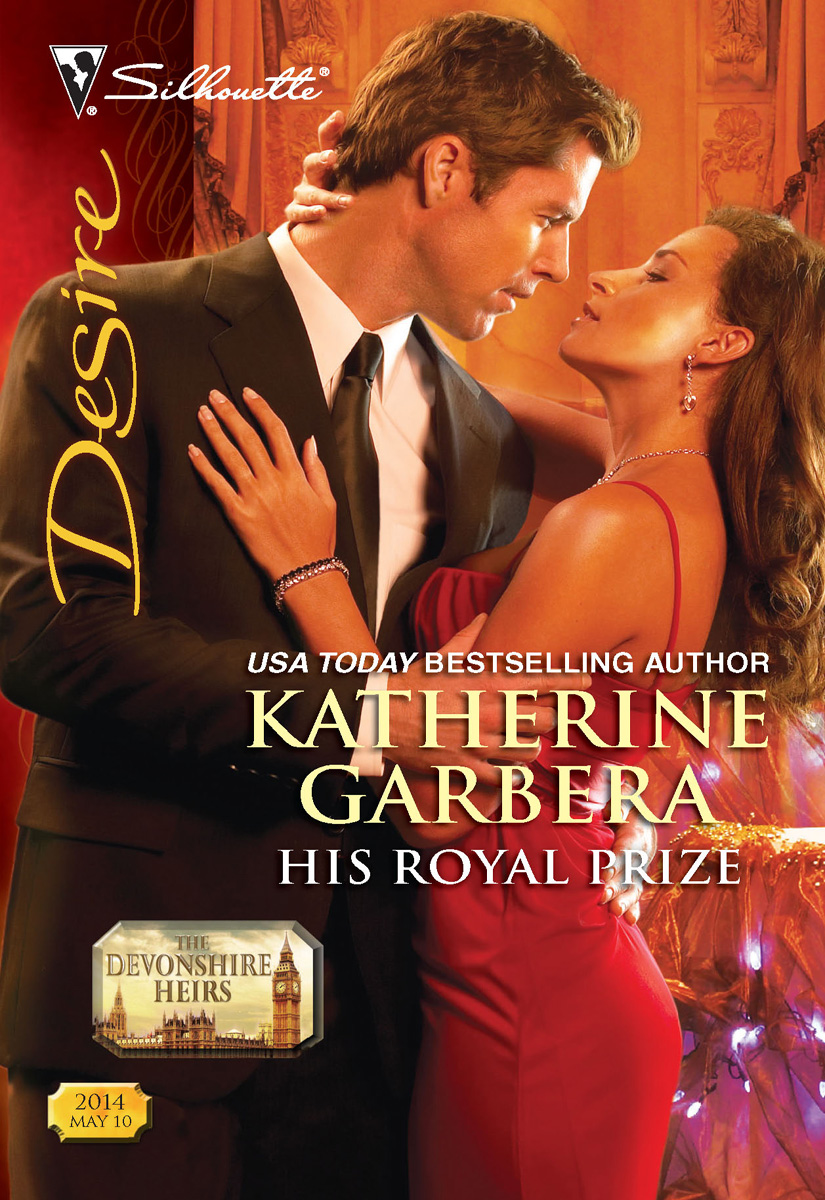 “You Are No More Ready To Walk Away From Me Than I Am From You,” Geoff Said.

“And if you want to lie and pretend that you are, you’re welcome to try. But your body is telling me a different story.”

“You’re right,” she said in a low husky voice.

“That this isn’t going to end until I’m in your bed.”

He kissed her. He didn’t ask permission or do it tentatively at all.

When he lifted his head, she was breathing heavily and her hands were on his shoulders, and she tried to draw him back to her. She stared up at him with lust in her eyes and underlying vulnerability that made him wonder if this was a mistake. But then he remembered he was Geoff Devonshire and he never made mistakes.

Amelia Munroe was going to be his, and now they both knew it.

I’m both excited and sad that this is the last of THE DEVONSHIRE HEIRS books. Geoff is the oldest of the heirs and bound mostly by duty and familial responsibility. His heroine is Amelia Munroe—she’s a tabloid darling, a millionaire heiress who’s known mostly for her scandalous behavior.

Geoff and Amelia travel in the same circles most of their lives but have never had a chance to get to know each other until recently. So it’s just Geoff’s bad luck that a stipulation in his father’s will is making seeing Amelia so difficult. She’s always had a pack of paparazzi following her around and he is supposed to keep out of the papers.

But they are fiercely attracted to each other, and nothing is going to keep them apart.

I hope you’ve enjoyed meeting all of the heirs!

is a strong believer in happily-ever-after. She’s written more than thirty-five books and has been nominated for career achievement awards in series fantasy and series adventure from
RT Book Reviews.
Her books have appeared on the Waldenbooks/Borders bestseller list for series romance and on the
USA TODAY
extended bestseller list. Visit Katherine on the Web at www.katherinegarbera.com.

To all of the ladies on the Jaunty Quills blog
who let me know I wasn’t alone when I felt like I was—
thank you.

G
eoff Devonshire didn’t have time for the biological father he’d never met. He had a jam-packed schedule and little time for much else today. But his curiosity was piqued, so he’d decided to attend this meeting at the Everest Group’s corporate headquarters. His own office building was two doors down in a very posh section of London along the Thames next to the controversial cucumber-shaped city hall.

When he got off the elevator on the executive level, he was escorted to the boardroom at the end of the hall.

“Hello, sir. You are the first to arrive for the meeting. May I get you something to drink?”

The pretty, efficient secretary directed him to a seat at the table and when he declined a drink, she left.

Geoff walked over to the glass-lined wall and looked down at the river Thames. It was midmorning in March,
and the sun was peaking through the heavy clouds that hung over the city.

The door opened behind him and he turned as he heard the secretary greeting another person. It was Henry Devonshire—one of his half brothers. The former rugby captain was now known for his celebrity reality shows.

They had never met before, and knew nothing of each other except what was in the press.

“Henry,” he said, holding out his hand.

Geoff felt a bit strange meeting this man for the first time in his life. But the door opened again before he could say anything more and Steven Devonshire walked in.

All three of Malcolm Devonshire’s illegitimate sons were now in the same room. Geoff realized that gossip magazines and celebrity Web sites would pay a fortune for a photo of the gathering.

Edmond, Malcolm’s solicitor and all-around errand boy, stepped in and invited them to have a seat. Geoff sat back and watched the other men. Malcolm had admitted to fathering the three of them but had never really been a part of his life except to send a check once a month.

His mother, Princess Louisa of Strathearn, despite her lofty-sounding title, was a minor member of the current royal family. She had been a party girl and had relished her affair with Malcolm and the tongues it caused to wag. Until she’d realized she was only one of three women Malcolm was wooing. She retreated to
her country estate and to Geoff’s knowledge had rarely left in the years immediately after his birth.

Steven, the youngest son, had been born to Lynn Grandings, a Nobel Prize-winning physicist. There had been a bit of a brouhaha when it seemed that both Geoff and Steven would attend Eton, but Geoff’s mother had sent him to an exclusive boarding school in the States instead in a well-publicized exchange with a prominent senator’s son.

Scandalously, they were all born in the same year with just several months between their birthdays.

“Why are we here?” Henry asked.

“Malcolm has a message for you,” Edmond said.

“Why now?” Geoff asked. It seemed odd to him that their father would finally assemble the three of them in a room.

“Mr. Devonshire is dying,” Edmond said. “He wants the legacy he worked so hard to create to live on in each of you.”

Geoff almost got up and left. He wanted nothing from Malcolm Devonshire. He never had. Malcolm had devastated his mother. And as a man with two sisters, Gemma and Caroline, Geoff couldn’t abide any man who would treat a woman so callously.

Edmond passed three file folders across the table to each of them. Geoff took his time opening the folder. He wasn’t sure what he expected to see inside, but the handwritten note was a bit of a surprise.

Malcolm wanted him to run the airline unit of the
Everest Group and if his unit out-performed the other two, he’d inherit the chairmanship of Everest Group.

Geoff quickly assessed what running a business unit of a busy corporation would mean. Though flying was his passion, he’d never aspired to owning a commercial airline and his own business interests kept him very busy. But he wasn’t about to just walk away from this. This was his chance to take what Malcolm had worked so hard to build and…what? A part of him was tempted to ruin it. Run it into the ground. He didn’t need the money and his mum wouldn’t take a cent from Malcolm. She had her own money.

While Henry and Steven talked to Edmond, Geoff leaned back in his chair. Edmond turned to him.

“I don’t need his money,” Geoff said. He’d also inherited a title and a fortune from his maternal grandparents. He had never had to work a day in his life but he’d always pursued business with passion. His interests were varied and diverse but he liked to keep busy.

“May we have a moment to discuss this alone?” Steven asked.

Edmond nodded and left the room. As soon as the door closed behind him, Steven stood up. Geoff noted the way Steven moved, very carefully with controlled measure. He’d heard a little about him and the china company that he’d brought back from the brink of bankruptcy. Steven was a man with a lot of business acumen. Geoff suspected he’d be very hard to beat in this competition that Malcolm had set out for them.

“I think we should do it,” Steven said.

“I’m not so sure,” Geoff replied. “He shouldn’t put any stipulations in his will. If he wants to leave us something, so be it.”

“But this affects our mums,” Henry said.

Everything that Malcolm had done since Geoff’s birth had affected his mum. And Geoff wasn’t sure what the outcome would be. His mum, Louisa, didn’t want anything to do with Malcolm. But Geoff wanted something on her behalf. Something from Malcolm to make up for what he’d taken from her.

“It does affect them,” Geoff said, thinking it over. “I see your point. If you two are in then I’ll do it as well. But I don’t need his approval or his money.”

The men agreed. In the end the consensus was that they would accept the challenge laid down by the father none of them had ever met. Geoff left the building with Henry, who was quiet on the way down.

“Have you ever met him?”

“No. You?” Geoff had always assumed that Malcolm wasn’t involved in any of their lives. He’d be surprised if he found out differently.

Henry shook his head. “It’s interesting, this proposition of his.”

“Indeed,” Geoff said. “I have no experience running an airline.”

Henry laughed in a genial way. “Nor I a record label.”

“I have a feeling Steven has a leg up on us,” Geoff said. “Look at what he did with Raleighvale China. I am
used to running charitable foundations and businesses with a healthy cash flow.”

“Me, too. That’s the understatement of the year,” Henry said.

After they parted ways, Geoff sat in his car in the garage, thinking about how he was going to add Everest Air to his already busy life. He’d find a way. He always did when it came to his responsibilities and duties.

Just once, though, he’d like to find something that was just for him. He did his family duty by attending royal functions and events that were important to his mother or sisters. Now he was going to try to turn a company that was owned by the man who had sired him into a profitable enterprise.

He wasn’t doing it out of duty. He was doing it because he wanted to take his father’s company and exceed all expectations, making it into a very profitable business. More profitable than his father had ever dreamed.

Geoff liked the challenge that was before him. Henry and Steven were both worthy adversaries, and meeting them under these circumstances seemed fitting. This was his chance to prove to himself that, as the eldest Devonshire bastard, he should enjoy the lion’s share of the inheritance.