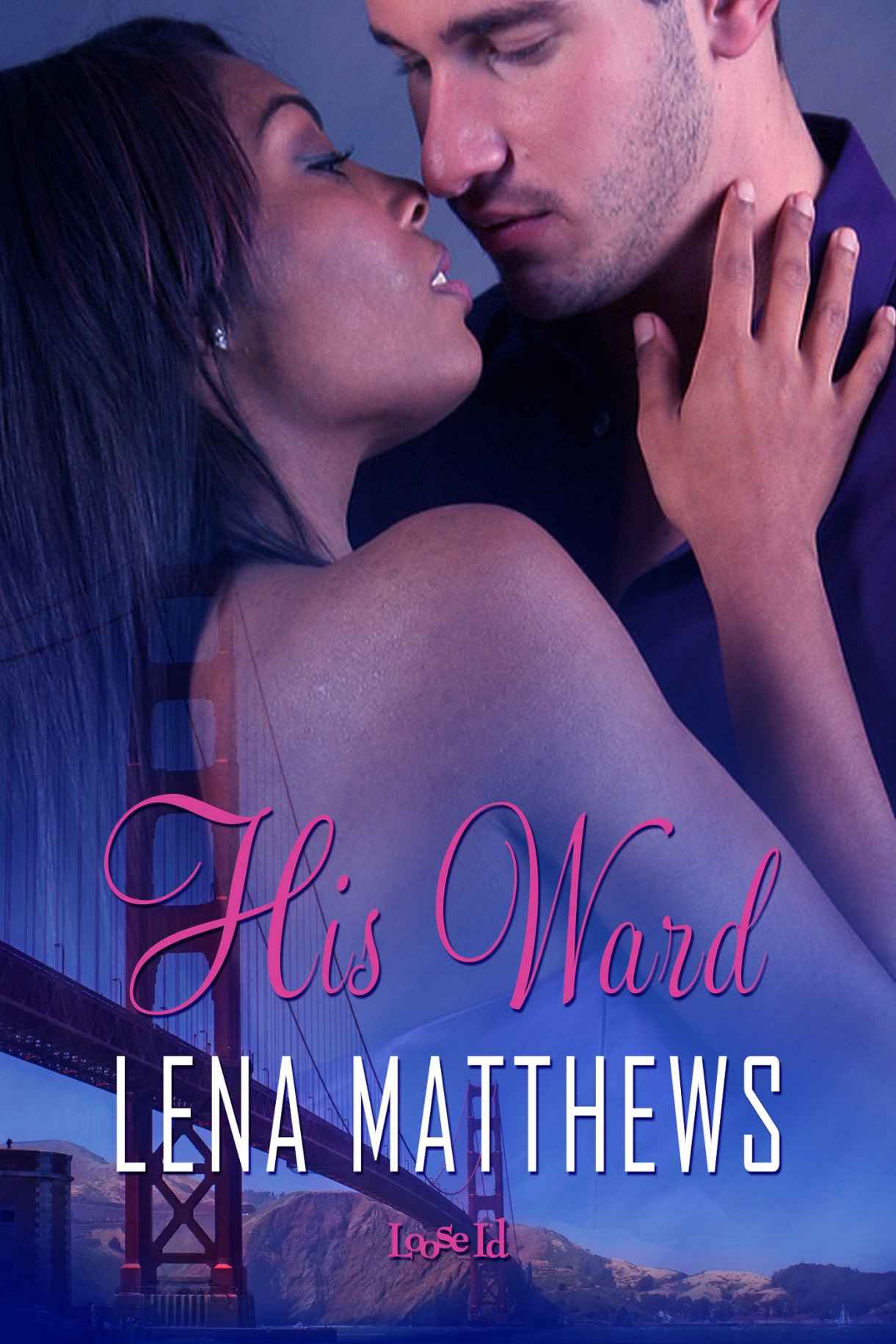 Try as he might, Misha Turkovi
ć
couldn’t for the life of him recall the figures from last quarter’s reports. It probably had more to do with the woman grinding on top of him than his own faulty memory, but still it grated. It wasn’t like him to be so absentminded, but of late, his head had been far from the game. He just wasn’t in the moment, sort of like now.

He stared intently at the scrolls rolling across the flat-screen TV, muted for his date’s benefit, but on for his own. Even when he wasn’t working, he was
working
, and as stunning as the blonde on top of him was, even she wasn’t enough of a distraction to pull him away from the update on the London Stock Exchange.

Not that she wasn’t trying, bless her little heart. The second they’d entered his penthouse, she’d quickly shimmied out of her silver dress and made herself very comfortable on his lap. She definitely scored an A for effort and enthusiasm, but even that did little to arouse his interest or his cock.

Misha wasn’t worried, though. He knew when the time came, he would rise to attention as expected and perform admirably, but right now, he just wanted to catch the news.

“Mmm.” She flipped her hair to the side and smiled down at him, blocking the TV with her new supposedly seductive pose. “You smell so good.”

Misha nudged her a bit to the side and muttered a disinterested “Thank you” as he scanned the numbers zipping by at the bottom of the screen.

“You’re
very
welcome.” She ran her finger across his jawline and down the contours of his neck, blocking his view once again. “I could just eat you up.”

“Could you?” he asked, more for the sake of doing his part than out of any real interest.

“Yes.” She undid his tie, then casually tossed the expensive silk over her shoulder as if it cost less than a single sheet of tissue paper. “You have far too many clothes on. Why don’t we take care of that, so I can take care of you?”

Misha was so tempted to reply
How about we don’t.
Instead, he let out a sigh and focused his attention on her instead of the show playing in the background. It was obvious he wasn’t going to finish his program, so he might as well finish her. But in order to get her out, he was going to have to get her off, a task that wasn’t daunting, once he began to tune out work and focus on her. She really was lovely. “Let’s.”

The winning grin she shot him made him feel slightly ashamed for his disinterest. It really wasn’t her fault. Truly she was stunning, also extremely bright. She was an up-and-comer with the law firm he held on retainer, and from what he’d gathered about her, she was as dynamic in the sack as she was in the courtroom.

For all intents and purposes, she was perfect. Just the type he preferred for a meaningless tryst, but he really wasn’t into it tonight. Inviting her out to dinner had been a mistake; taking her up on her offer to come back to his place was an even bigger one. It had been a while since he’d been with a woman, and he figured the release would do him good. He should have just picked up a book.

His life didn’t revolve around his cock. Sex was merely an outlet, a way to relieve energy when his hand just wouldn’t do; however, these nameless women and his own touch were just substitutes for what he really wanted. Who he really wanted. Nevertheless, Misha would no more act on that particular desire than he would sprout wings and fly. Some things in life were too perfect to mar with animalistic urges.

“Tell me what gets you hot. Anything you want, anything you need, I’ll do.”

“I—” Before he could answer, his cell phone rang. It was a private line that only a few people had. “I need to get this.”

“Are you sure?” She leaned in closer as if to kiss him.

Misha turned his head, avoiding her lips. He didn’t want to kiss her. Hell, he barely wanted to fuck her. “Yes.”

“Okay,” she said with a little pout as she moved off his lap. “But don’t take too long. I don’t like to be kept waiting.”

That was the wrong thing to say. Any inkling of interest Misha might have felt for her, however fleeting, disappeared in the blink of an eye. “I wasn’t asking permission.”

As if she sensed his ire, her attitude quickly vanished, and she sat back on the couch, the perfect picture of the proper guest. Misha was well known in the business world for being one who didn’t suffer fools lightly, and there was no doubt in his mind she was well aware of the fine line she was treading.

Irritated, Misha rose from the couch and walked a few feet away to his window wall that was bare of curtains so he could have an unfettered view of the San Francisco Bay. When he was a good distance away from his date, he pulled his cell from his pocket and held it up so he could read the screen. He frowned when he noted not only his cousin Nicholi’s name on the caller ID, but the time as well. A late call from Nicholi was never a sign of good things to come.

“Yes. Well, there might be a small problem; you’ll probably want to look into it, but we’ll talk about it when I get there.”

Misha didn’t like problems, small or otherwise. He paid too many people very well for issues to never reach the level of a problem. “How small?”

“Large enough to pull me from my game, a game, by the way, where I was up seven grand, but small enough I only have two guards coming up with me instead of the full brigade.”

“So, important enough we have to address it tonight, but nothing that’s going to get me shot.” His cousin regarded poker with the same esteem that some Americans did football or baseball. If Nicholi was leaving a game, that meant something was up, because the only thing Nicholi cared about more about than poker was Misha’s safety. It wasn’t just familial concern, it was his job, and if Nicholi was fine with only two guards, then Misha was as well. And from past experience, two guards would be for something as simple as a walkthrough at an office building or a conversation with a competitor.

“You shot. No. Someone else…” Nicholi paused for a split second. “We’ll see when I get there.”

“On the lift now. I’ll be there as soon as possible.”

“I’ll be waiting.” Misha clicked his phone off, interest piqued.

“Now where were we?”

Startled Misha glanced over his shoulder at his companion and frowned. For a few seconds, he’d forgotten she was even in the room. “We were nowhere,” he said honestly as he placed his phone back in his pocket, then walked over to the chair where he’d carefully laid his suit jacket when they’d arrived. “You were about to leave.”

Her head snapped back as if she’d been struck. “What?”

“Something has come up.” He slipped on his jacket, as calm as could be. He was focused now, his mind already in riddle-solving mode. “You might want to get dressed.”

“Are you putting me on?”

Misha turned and faced her, giving her his utter and complete attention. “Does anything about my demeanor seem facetious?”

She rose angrily from the couch and stomped over to where she’d left her dress. “I heard you were a bit of a cold bastard.”

For once, the rumors were true. “It might have served you well to listen.”

Misha nodded in agreement, because neither would he. He watched out of sheer boredom as his former date began dressing quickly. Before she finished, though, the door to his penthouse opened as his cousin and his top two guards strolled in.

Misha gave each security guard a nod of greeting before focusing his attention on his cousin Nicholi Deli
ć
. Not many people knew of the bloodline the two men shared. They’d been raised in two different countries for most of their lives, and even though Misha had spent the last twenty years in the United States, he still spoke with a slight accent, where Nicholi looked and sounded as American as apple pie. Physically and personality-wise, though they were more similar. They both had olive-toned skin, muscular builds, and blue eyes. They were also both extremely loyal and family oriented, which made the bond that they’d formed as teenagers stronger than steel.

Nicholi wasted no time getting to the heart of the matter. “It’s Tionne.”

Misha was well known for keeping a cool head under pressure, but the mere sound of his charge’s name on his cousin’s lips decimated any sense of calmness and professionalism he might have felt and replaced them with complete agitation. It was a power only two people in the world possessed. It was not something Misha was proud of, the ability only his cousin and Tionne had to lay him low, but it was there just the same, and he knew without a doubt that if anything were to happen to either one of them, he might not survive. Thankfully the look on his cousin’s face was not one of someone who was the bearer of devastating news. That logical rationalization was the one thing that kept Misha on his feet.

“Tell me what happened.” His voice was gruff from fear.

“I don’t have all the details.”

That was not welcome news. “Then tell me what you do know.”

“A little after ten tonight, Wallace received a phone call from Tionne.”

“Yes.” Nicholi nodded. “Tionne called from her cell phone and asked if he would pick her up and take her to her apartment. Of course he said yes.”

As well he should. Misha made sure his personal staff knew that taking a request or a call from Tionne was akin to taking one from him. Anything. Anytime. Anywhere. “Go on.”