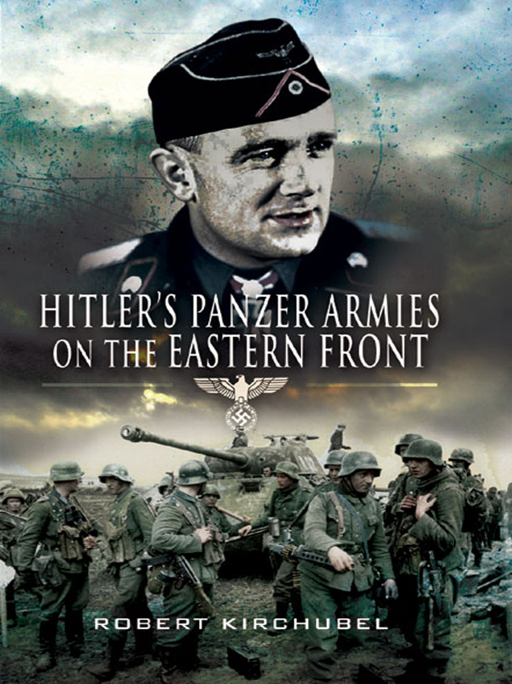 I rode a tank,
Held a generals’ rank,
When the blitzkrieg raged
and the bodies stank
.

The right of Robert Kirchubel to be identified as Author of this Work has been asserted by him in accordance with the Copyright, Designs and Patents Act 1988.

All rights reserved. No part of this book may be reproduced or transmitted in any form or by any means, electronic or mechanical including photocopying, recording or by any information storage and retrieval system, without permission from the Publisher in writing.

Typeset in 11/13 Ehrhardt by Concept, Huddersfield, West Yorkshire Printed and bound in England by the MPG Books Group

This book is written to the glory of God. I wish to extend my heartfelt thanks to my wife Linda, and sons Mason and Marc for their forbearance and patience. During hundreds of hours stretched over dozens of weeks, I literally ignored them (in the highest tradition of the historian/author) while sequestered in the War Room doing research and writing. I also want to acknowledge the ‘editing team’ that has supported me since the earliest days of my Osprey
Operation Barbarossa
trilogy: fact-checker Gary Komar, and grammarian Joe Wilson – the Henry Higgins of the group. Gary, a fine military historian in his own right, provided the basic research for the sidebars on commanders, weapons, training, etc. Thanks also to my map-maker, Chris Mankey. Kudos as well to the InterLibrary Loan Department at Purdue University’s HSSE Library.

I also want to show appreciation to the editing staff at Pen & Sword Books. Based on my earlier works, Rupert Harding contacted me with an offer to write for them on almost any military history topic I wanted. For about twenty years I had been mulling over the idea of a history of the German panzer armies. I pitched the idea to Rupert and he immediately agreed. The only downside to the whole preparation process was a stillborn visit to the great Russian battlefields described herein, cancelled in 2007 by an emergency just a fortnight before realization. That trip was meant to be a bookend to my fantastic visit to the Ukraine in 2005.

Hitler’s Panzer Armies on the Eastern Front
is a work of synthesis. Its writing involved no archival research, nor did I discover a treasure trove of never-before-seen documents. I have taken existing materials, mainly secondary source books, and have mined them for insights on the operations of the four panzer armies that fought in the Nazi-Soviet War from Barbarossatag (22 June 1941) until VE Day (8 May 1945). I used both old and ‘new’ classics - Erickson, Ziemke, Glantz, as well as recent scholarship and German unit histories (often of uneven quality) from Haupt to Scheibert. Where practical, I have tried to look at First, Second, Third and Fourth Panzer Armies through the lens of the operational level of war. Sometimes this was practical – usually during the major offensive operations – other times it was not – when the panzer armies were just another slab of human flesh Hitler threw into the giant meat-grinder that represented the so-called ‘Eastern Front’. A final caveat: the fact that the main characters here are German is in no way meant to detract from the heroism and skill of the Workers and Peasants Red Army and the Soviet people. As a retired US Army officer, I have absolutely no qualms about giving the USSR the lions’ share of the credit for destroying Hitler’s Third Reich.

Some notes on naming units and other technicalities: the Germans reorganized panzer groups into panzer armies 5 October 1941 (First and Second) and 1 January 1942 (Third and Fourth). However, for the sake of consistency and simplicity, beginning with Operation Barbarossa, I will only use the term ‘panzer army’. Also, through much of Barbarossa, panzer corps were technically named ‘Corps (Motorized)’, but again, I will use ‘panzer corps’ throughout. I will follow the German convention for numbering their formations: Arabic ordinals for divisions, Roman numerals for corps, and spelled-out ordinals for armies. Consistent with the official
History of the Great Patriotic War of the Soviet Union, 1941-1945
, Red Army units will be described by Arabic ordinals in all cases except for named ‘fronts’. Further, mainly due to the massive and confusing nature of the Nazi-Soviet War, even the most-respected and well-intentioned secondary sources often disagree on dates, orders of battle and other details. Therefore, for ranks and dates on which various German generals took or relinquished command, I referred to Wolf Keileg,
Das deutsche Heer, 1939-1945
. For dates when a certain city changed hands, etc., if secondary sources conflicted, I used H-A Jacobsen, A Hilgruber, W Hubatsch, PE Schramm (eds),
Kriegstagebuch des Oberkommandos der Wehrmacht
. For all German orders of battle, in the text and appendices, I used the official Federal German
Bundesarchiv–Militarchiv
Internet site (unless otherwise noted). While these sources may not be one-hundred per cent accurate themselves, they do provide a uniform standard.

13. Defense of the Ukraine (East): First and Fourth Panzer Armies

14. Defense of the Ukraine (West): First and Fourth Panzer Armies

17. Defense of Poland and the Reich: Third and Fourth Panzer Armies 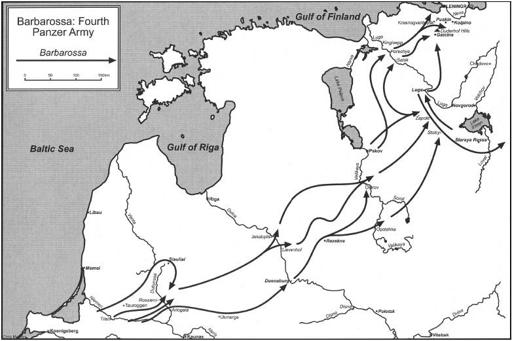 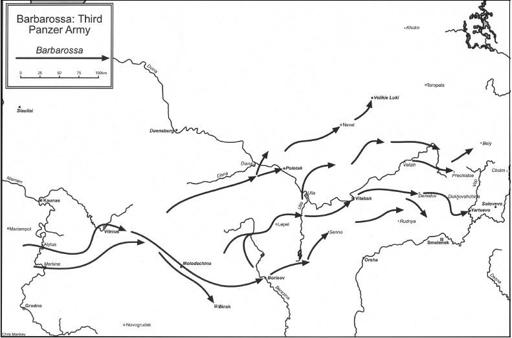 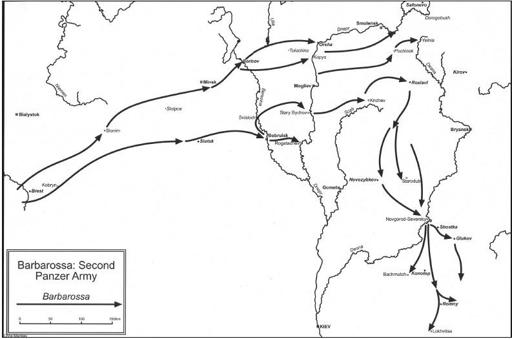 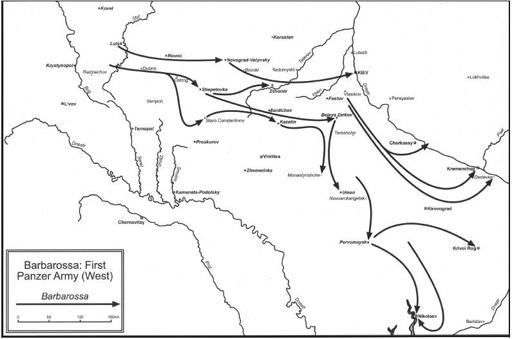 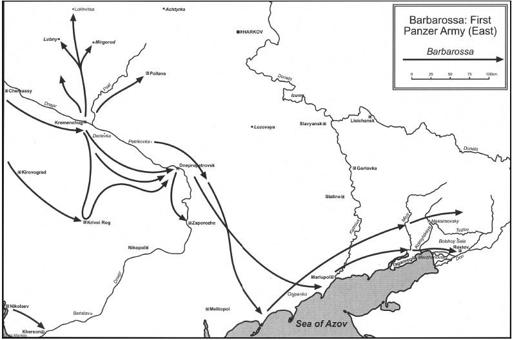