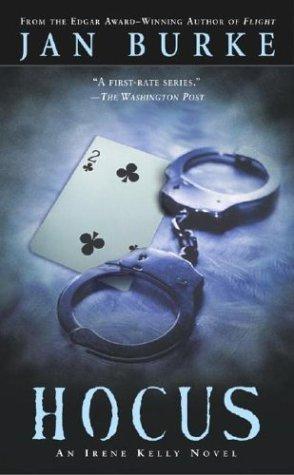 For reporter Irene Kelly it’s a terrifying investigation — because it’s so personal. Her husband, Detective Frank Harriman, has been kidnapped by terrorists who call themselves Hocus — deadly manipulators who give Irene three days to meet their demands before killing their hostage. But Irene’s biggest shock is yet to come — as she uncovers her husband’s history, and learns of a horrific crime committed a decade earlier. As seconds slip away, Irene willingly steps into a trap set by two madmen with a score to settle. And when she does, someone is going to pay for the sins of the past. 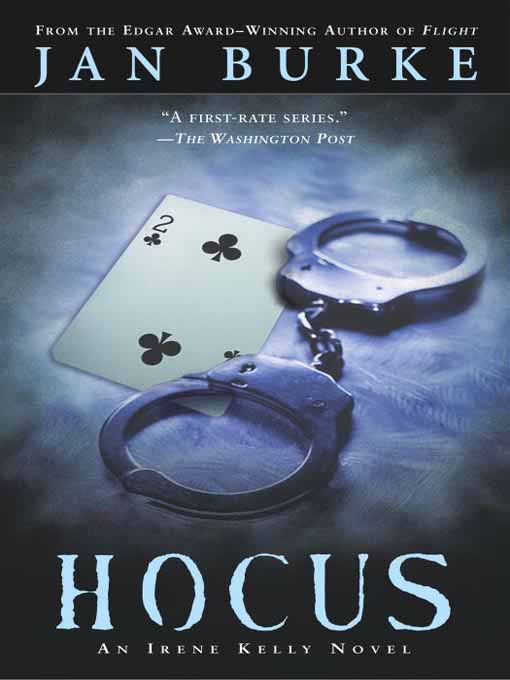 To Siblings Without Rival

Tonya, Sandra, and John
and
Tommy, Susie, and Michael

E
VEN BEFORE HE STARTED KINDERGARTEN
, he had figured out that his favorite superhero flew with strings. Now, just over four years later, he wished he had been wrong. They could use a hero with a cape. Escaping into his imagination, he pictured someone with true superhuman powers coming to save them. A soft moan brought him back to the dark room. He hated the way the room smelled: musty and metallic. Whatever form their hero took, he needed to get there quickly. His friend was hurt — a broken arm, maybe. His father would have known.

Best not to think about his father.

Don’t be a wussy, he told himself. Don’t.

Intermittently, over the last few hours, his friend had been moaning softly, but now he stopped and held himself silent — they could hear the door opening. Someone was coming down the stairs. The boy trembled, afraid their tormentor had returned. His friend reached out and held his hand.

The voice was not the voice of their captor. This man was calling out something about the police, but that didn’t fool the boys. Not this time.

They stayed silent. The man’s clothes were as dark as the room, and he was carrying a flashlight. He said something about Jesus when he saw the bodies of their fathers, the pools of blood. He kept moving the flashlight, and finally it lit the boys’ faces. The man drew in a sharp breath, then said very gently, “Hi. It’s okay. Don’t be afraid. You’re safe now. I’m a policeman.”

“Yes,” the man answered, slowly drawing nearer, holding the light up high so they could see him.

“So was the other one,” his friend whispered, but later, neither boy would tell anyone what he meant by that.

I
TOLD THEM I WAS GOING
to try to get some sleep, but I don’t think I fooled anyone. None of us would sleep that night. I hadn’t even tried. I was still wide awake, sitting in a chair across the room from the too wide bed, staring at it as if it were a stranger in my house; thinking too much; repeatedly, relentlessly recalling that the last thing my husband and I had done together was to part in anger. I do not know of any potion as bitter as the realization that one may have lost all opportunity to ask forgiveness.

Hours earlier I had been more complacent about making apologies. Frank didn’t show up for dinner, but I figured work had held him up. After all, a homicide detective’s schedule is not one you can set your watch by. As a reporter, my own hours are fairly irregular. This was not the first night one of us had eaten across from an empty place setting.

I didn’t have much of an appetite. I sat there, wondering how a week that had begun so gloriously had so quickly gone to hell. On Monday Frank had been instrumental in breaking a major case: his work had led to the identification of two members of Hocus, a group that had been on a destructive rampage in Las Piernas for several weeks. On Tuesday he had discovered the whereabouts of the suspected ringleader of the group, one of two men who were then taken into custody.

Wednesday, life made an about-face. A story about the arrests appeared in the
Las Piernas News Express,
an article that painted homicide detective Frank Harriman as a hero. That might have been cause for celebration, except the article didn’t give much credit to the other cops who had worked on the case, and worse, it included details apparently leaked straight out of classified police reports. It didn’t take long for a department that had been patting Frank on the back to start pointing a finger at him, the only cop married to an
Express
reporter.

The Hocus story had been written by our crime reporter, Mark Baker, an ace who does his own work and has no need to consult with me. It never would have been my story anyway — because I’m married to a cop, crime stories are off-limits. But most members of the police department and the district attorney’s office are cynical about the press to begin with, and few would buy any of Frank’s explanations about our ground rules. Frank’s pressures at work quickly became pressures at home.

Perhaps peace would have been restored in our household if that were the only difficulty we faced, but problems rove in packs, it seems. Trouble arrived in a trio this time and left us silent and distant throughout Thursday, shouting at breakfast on Friday.

Friday afternoon, tired of worrying over the magnitude of our current rift, I had called his office. Big of me, I thought.

My noble intentions were wasted. He wasn’t in. I called his pager. No return call.

I tried a second and a third time, to no avail.

At home, while cooking too much dinner, I considered the possible explanations for his lack of response. One was that he didn’t have the pager with him. Unlikely, but possible. Another was that he hadn’t found time to call back. Maybe. Most likely, I decided, he was ignoring me.

By eight o’clock the leftover chicken was in the refrigerator. The dogs, Deke and Dunk, had been walked and fed. They lay at my feet but watched the door. Cody, my big tomcat, more attuned to my mood, was restless, prowling from room to room, tail snaking and snapping in displeasure. He went into the guest room, where the lights were out, and yowled. When I went in to see what his problem was, he sped out of the room, waited for me to settle into a chair, and then repeated the performance in the kitchen. We toured the house in this fashion. I had just about decided that I could make a nice pair of booties from his pelt when the phone rang.

I ran to catch it before the answering machine picked up.

“Yes. Hi, Pete.” Not a good sign, I thought, to have his partner make the call.

“I thought he might be with you,” I said. My worries started to shift direction.

“He drove out there this morning. He had to talk to a guy out there. A witness.”

“Yeah, I stayed here,” he said, and I could hear the edge of uneasiness creeping into his voice. “I had a lot of other stuff to follow up on. You know.”

Might as well face it, I thought. “He’s being kept out of the office because of the leak on the arrests, right?”

“Yeah, probably because of the leak. You know, if you’d just get that other reporter to name his source—”

“If that didn’t work for Frank, why the hell would it work for you?”

“I guess you guys fought about that this morning, huh?”

I sighed. “Did he tell you what we had for breakfast, too?”

“He said he left without breakfast.”

“Don’t get all hot and bothered about it, Irene. Frank and I have been partners longer than you’ve been married.”

This is one of Pete’s favorite things to say to me whenever I object to his sticking his nose into our business. Before I could reply, his wife picked up the extension.

“Pete Baird, you are ten pounds in a nine-pound bag,” Rachel said. “What’s this, Irene? Frank isn’t home from Riverside?”

“No,” I said, suddenly feeling as if I were admitting that he might not want to come home. But Rachel was on a different track entirely.

“Something’s not right, Pete. Use the other line to call the department. Ask when he last checked in.”

As Pete hung up I asked, “What do you mean, something’s not right?”

“You sure he hasn’t been trying to call you? You been on the phone?”

“No. The only time I’ve used the phone was to page him earlier today. Who was this witness?”

Before she could name him, I heard Pete shouting to her in Italian. I couldn’t make out what he said, but he was obviously telling her not to talk to me about the case. The clean part of her response, also in Italian, was, “I’ll tell her if I want to,” and something to the effect of, “Here’s a nickel; with that you can buy twice as many brains as you’re using right now.”

To me, quite calmly, she said, “It’s nothing to worry over. The man he went to see, he’s an informant. Frank and Pete have talked to him before. He’s not a prince, mind you. Just a junkie. Never been involved in anything big. Never hurt anybody.”

I finally used a nickel’s worth of brains and saw exactly what she was trying to avoid saying to me.

“Irene, don’t do that to yourself.”

“You think something went wrong out in Riverside. That something has happened to Frank—”

“Wait,” she said. “Pete’s trying to tell me something.” She covered the mouthpiece with her hand, so that I heard only the muted sounds of their brief discussion. There was a stretch of silence, then she said, “Look, I’m going to come over, okay?”

Oceanic by Egan, Greg
Dark Covenant (Living Covenant Trilogy Book 2) by Amanda M. Lee
Sookie 08 From Dead To Worse by Charlaine Harris
Snow Wolf by Meade, Glenn
One Shot at Forever by Chris Ballard
Maggie MacKeever by The Tyburn Waltz
The White Knight by Gilbert Morris
Adventures of a Sea Hunter by James P. Delgado
The Soul's Mark: HUNTED by Ashley Stoyanoff
The Quiet Heart by Susan Barrie
Our partner