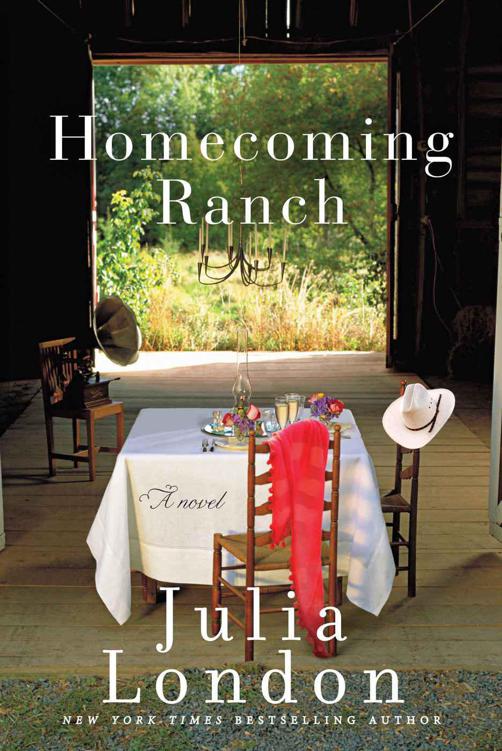 The Rogues of Regent Street

The Hazards of Hunting a Duke

The Perils of Pursuing a Prince

The Dangers of Deceiving a Viscount

The School for Heiresses
(Anthology): “The Merchant’s Gift”

The Book of Scandal

The Secrets of Hadley Green

The Year of Living Scandalously

The Revenge of Lord Eberlin

The Seduction of Lady X

The Fancy Lives of the Lear Sisters

Over the Edge (previously available as Thrillseekers Anonymous series)

All I Need Is You
(previously available as
Wedding Survivor
)

Fall Into Me
(previously available as
American Diva
)

One Season of Sunshine

A Light at Winter’s End

Talk of the Ton
(Anthology): “The Vicar’s Widow”

My hero, my best friend, my big sister

I’ll tell you this story because my brother, Luke, won’t. Even though it is more his story than mine. But you know how it is, the firstborns bask in the adoring light of being first, while younger brothers like me have to figure out where we fit in right from the get-go. Which means we tend to see the big picture while the firstborns see themselves. You younger siblings know what I’m talking about—we’re the glue and they’re the glitter, right? Although I can be kind of glittery, too. I’m an artist—I paint the canvas, I fill in the background of this family. I’m not bragging—it’s just fact.

Okay, so two words for how
this
story started: Grant Tyler.

He was a fun-loving, adventure-seeking, hard-driving, cigar-chomping, skirt-chasing kind of guy. He’d lost as many fortunes as he’d made in his sixty-plus years. He liked the idea of being married more than he liked being married, and, trust me, he didn’t get high marks from the ladies. Not like me, anyway—I’ve got
killer
game.

But Grant Tyler, he could always smooth things over somehow, because he was always hooking up with women. I know that from Dani Boxer. She runs the Grizzly Lodge and Café, and she comes around sometimes to have coffee with me and Dad. She’s
awesome
.

So anyway, Grant could smooth over the ruffled feathers of pretty birds, but he couldn’t smooth over the fact that he sucked at being a dad. I knew he wasn’t much of one way back because I went to school with his daughter, Libby Tyler. She sort of looks like him, but a whole lot better. She’s got these deep blue eyes and crazy curly, dark hair I always liked. I sat behind her in third grade and accidentally touched her hair and accidentally left some half-chewed Chiclets in it. Libby picked up her scissors and cut off a big lock of hair with the gum in it and put it on my desk. I think I kept it till fifth grade.

Anyway, I knew about Libby, but I didn’t know about the kid in California or the one in Florida. That’s right, ol’ Grant Tyler had three kids by three different women. All girls. And he forgot to pay his child support more than he remembered. He swore he never saw a recital or a soccer game. I bet he didn’t know what their favorite color was, or the name of the first boys to break their hearts, or what their dreams were, either. Not like
my
mom, who knew everything about us. My mom was the greatest mom
ever
. Except for the breast cancer, which was a deal-killer on the Mom of the Year award. That made her, like,
not
the best mom of the year because she checked out way before any of us were ready for her to go.

So when the end came for Grant Tyler—and it came at him fast and hard, just like he’d lived—he got a little religion and decided he needed to do right by his kids. Maybe he hadn’t been a good dad, but by God, he’d leave something for those kids to hold onto. Except his Porsche. He wanted to be buried in that Porsche. Can you believe that? Imagine yourself on your deathbed, and what you’re worried about is being buried in a car instead of what you were going to tell the Man Upstairs about all the stuff you’d done.

I know all of this part, because Grant Tyler announced it all to my friend Jackson Crane, his fourth and final business manager. Jackson claims he told his big corporate law office in Denver to screw it one day and came this way. He got on with Grant and worked nine months before the doc said Grant wouldn’t make it. Grant told Jackson to leave everything he had to his kids. Jackson was confused, and he said, “What kids?”

Like me, Jackson knew only about Libby, and he said he honestly believed Grant was confused with all the drugs they were pumping into him, so he repeated, “Madeline and Emma?”

Grant, who had tubes coming out of every orifice, cocked his head to one side and studied Jackson as if he couldn’t make out how he could be so slow, sort of the way I look at Dad’s old pickup truck. He said, “Do I look like I want to do a lot of explaining right now? Listen up—I want to leave everything to them. All of it. Why the hell are you looking at me like that?”

I can picture Jackson futzing with the knot in his tie like he does when people talk about things he doesn’t get. He also swallows a lot. He doesn’t have much of a poker face, if you know what I mean. He said, “That’s… admirable.” Admirable! Ha! “But as you know, your divorce from your fifth wife is pending. And it’s costing a lot of money.”

“Yeah, tell me something I don’t know,” Grant scoffed. “What about it?”

To which Grant laughed and said, “I hope you look that sad at my funeral, Mr. Crane. You ever been married? I’ll let you in on a little secret: It’s always complicated.” I guess Grant thought he was imparting the wisdom of the world, like he was the first guy to ever figure out that women are crazy and impossible to understand. “Go on, now, give it to me straight,” he’d said to Jackson. “Tell me how complicated it is. But don’t say the Porsche, ’cuz I ain’t leaving it. Have you found out who can bury me in it yet?”

“You must think I got all the time in the world. I need to get that nailed down. All right, so?” he’d said, and with his hand, he gestured for Jackson to speak.

I know this: Jackson doesn’t like it when people tell him to hurry up and talk. But he didn’t mind then because he said that the gesture of lifting his hand and waving it around wore Grant out, and Jackson knew then that Grant really was going to die. Jackson found his balls,
I’m happy to say, and he told him, “You’re not going to have anything to give your kids when the divorce is finalized. You’re broke, Mr. Tyler. The only thing you’ll have left is Homecoming Ranch.”

“That’s all?” Grant asked, like he couldn’t believe that being the financial genius he was, he could have screwed things up that bad.

“Well to hell with it, then,” Grant said, and Jackson said he sank back against the pillows and that for once, he didn’t look so big. He looked pretty small and frail. “It’s the thought that counts, right?” Grant said, as if he was seeking some affirmation from Jackson that it was okay to totally screw over your kids. “Leave that to them.”

That should have been the end of it, but Jackson must have been really bothered by it, because he said, “You know you are upside down on the ranch’s mortgage. It’s more headache than legacy. You’re leaving them a big mess.”

But ol’ Grant chuckled and gestured to himself, lying in the hospital bed in one of those gowns that hardly covered him, with a bowl to catch his vomit on the table in front of him. “You think I ought to get out there and spruce the place up? Those girls will just have to turn it around if they want anything out of it, won’t they? It’ll be good for ’em. Builds character.” He’d grinned at Jackson. “It’s the best I got, Jackson. Now, write this down. Madeline Pruett, I think she’s in Florida, but you’ll have to do a little digging with that one. And then Emma Franklin or Tyler, I don’t know what the hell she’s going by these days. I’m ninety-nine percent sure she’s still in L.A. I ran into her mamma not too long ago. That gal is still a
fox.”
He’d actually paused to remember Emma’s mother fondly for a moment because that man was a dog to his dying breath. “And then there’s Libby,” he’d said with a sigh, and had nodded at the door. “She’s probably sitting outside the room right now.”

Two Passionate Proposals by Woods, Serenity
Deadly Harvest by Michael Stanley
El Teorema by Adam Fawer
The Master's Choice by Abby Gordon
Deadfall by Dixon, Franklin W
While Beauty Slept by Elizabeth Blackwell
15 Minutes: A YA Time Travel Thriller (Rewind Series) by Cooper, Jill
The Half Life and Swim by Jennifer Weiner
A Time to Kill by Geoffrey Household
Treasure of the Golden Cheetah by Suzanne Arruda
Our partner