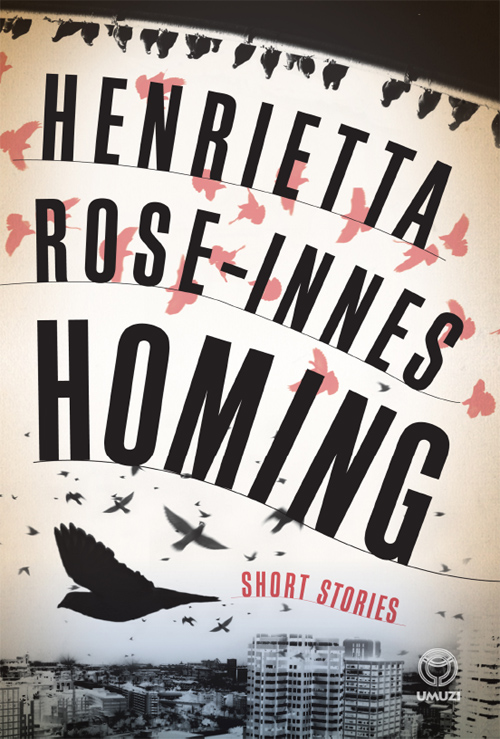 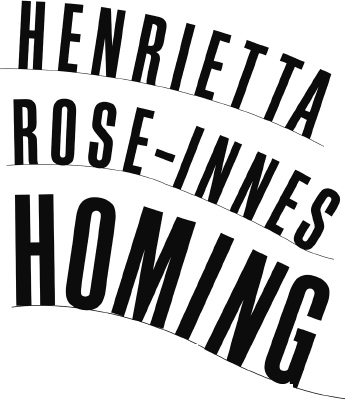 Henrietta Rose-Innes has asserted her right

to be identified as the author of this work.

All rights reserved.
No part of this book may be reproduced or transmitted in any form or by any means, mechanical or electronic, including photocopying and recording, or be stored in any information storage or retrieval system, without written permission from the publisher.

For my father, AP (Peter) Rose-Innes

Before, it had always been a good road. Never big or busy, but alive, with an open feel despite the cul-de-sac. Ray and Nona’s house took up one side, and opposite them was a sports field, ringed by shaggy eucalyptus trees. Unusual, fortunate, to have so much green space in the middle of town. People came past all the time: dog walkers, soccer players, domestic workers taking the short cut down to the taxi rank. Somewhere among the houses on the far side of the field, a man kept homing pigeons. In the evenings you could hear his looping whistle and see the flock turning, specks against the blue of Table Mountain. Nona and Ray always listened for the birdman’s call.

At the end of the road was the face-brick retirement home.

“Look at the oldies,” Ray said, watching through their kitchen window as a posse of ancient women – and one man – ventured out from the home. It was a short walk down to the shops on the main road.

“Doesn’t bother me,” said Ray. “Potter down to the shops, read the newspaper, have a cup of tea. Looks all right.”

This was pretty much their schedule anyway. Nona was in her early sixties, Ray five years older. She’d done secretarial work, and he’d been a health and safety inspector, but that was all in the past now. Although they were both in good health, it was easy to imagine the years ahead, living where they did. One day, she and Ray would pack a small overnight bag, close the door behind them and simply walk up the road, into old age. And he was right: it wouldn’t be so bad. They’d stroll around the field in the evenings, arm in arm. She wasn’t ready for it yet, but she was also not afraid.

And so it was upsetting when the old-age home closed down. Ray and Nona read the news in the paper, but by then it was a done deal. Overnight, all the residents were bussed out to bigger institutions in the bleak northern suburbs, far from the old part of town. The place stood vacant for barely a week before the workmen arrived, throwing up hoardings across the facade and also, shockingly, around the perimeter of the field. A high wall rose at amazing speed and was painted a peachy pink, and behind it there reared the pink backside of a new hotel. The noise of construction, which went on for months, was unbearable, but the greatest affront was the size and fleshy colour of the thing. Set down like a giant monopoly piece, fatly overflowing its monopoly square, the hotel filled up the space where the old-age home had been, and then turned the corner in an L and filled the space directly opposite Ray and Nona’s kitchen window, too. Brash, three storeys tall, and featureless except for a row of mirrored windows that faced them over the top of the new wall.

“Are they even allowed to do that?” asked Ray.

“They already did,” said Nona.

And at a stroke, the road was mortally wounded. Where they lived was now a dying blood vessel, cut off from circulation. Nobody rode a bicycle past Nona’s kitchen window any more, nobody walked a dog. The birdman fell silent: the sky in which his flock had stirred had turned into pink-painted plaster. It was as if the tyres of the cars and the soles of all those feet had not worn down the street, but had in fact been what sustained it.

As the weeks wore on, the tar cracked and developed sunken patches. Dandelions grew between the pavement edging stones. No council workers came to clean, to clear the drains or fix the potholes: it seemed the road had been erased entirely from the city maps. In dying, it started to give off the sweetish, not unpleasant smell of living matter breaking down, like compost.

It had long been a habit of Nona’s, a little game, to look around at the city and think: how long would it last, if people vanished overnight? How many months or years before the bush came back; before birds made nests in the office blocks, and troops of baboons started lifting chunks of tar from the road, and the place all fell to bits?

Not long, as it turned out, not long at all. A piece of the city – a corner, a house, a familiar view – could vanish in a heartbeat. Turn away, turn back, and it’s gone, or changed beyond recognition.

The new wall remained flawless. The paint was good stuff: it did not flake or puff with damp. Everything else in the alley, however, was in decline.

What disturbed Ray and Nona most was the least material of things: the light. Mostly, the house was much darker than before. They noticed it in the mornings, when bars of pale gold used to drop through the kitchen window, illuminating the cornflakes and coaxing the two of them into the day. Now the road was an alleyway, sunken and dim. The sunlight still came, but at the wrong time, and from an unnatural direction – east in the evenings. The first time they noticed it, Ray went outside to investigate.

“It’s the windows,” he called back into the house.

Nona joined him. The alleyway was strangely illuminated, as if with several weak spotlights. Indeed, it was the mirror-glass windows of the hotel, three storeys up, flashing sunset light directly down at them. The new hotel, it seemed, had stolen their sunrise, and had slipped them a counterfeit sunset in exchange. It was actually hot, and distressing.

“Well, that takes the cake,” she said. “When it’s not a dungeon out here, it’s a bloody oven.” Her eyes were stinging from the light.

Ray said nothing, just fetched a stiff-bristled broom and started sweeping away the last of the sand left on the pavement by the builders.

“It would be baboons,” Nona explained once again. “They’re clever, and strong, and they’ve got fingers. Plus those teeth.”

“I disagree. Dogs. Dogs would rule. The pack instinct would take over.” Ray was almost horizontal on the deckchair as he spoke, staring at the sky, although there was less of that now than there had been. They’d taken to sitting out here in the alley in the oddly lit evenings, as if it were part of their property. No one else set foot here now.

“Well. Maybe, for a while. But the baboons would win out in the end. One on one, I’d put my money on a big boy baboon. Dogs are too soppy; half of them would pine away for their owners. They’d just lie down and die. And they wouldn’t be able to open up tin cans and things.” Nona could picture this all quite clearly, and with a kind of satisfaction: the baboons roaming the aisles of the abandoned supermarkets, the ravening dogs locked outside. Baboon babies playing on her kitchen table.

“Okay,” conceded Ray. “Maybe baboons – on the ground. But the pigeons would do fine too. They’d carry on as per normal.”

This was true. She liked that about birds. How they were adaptable, took advantage. Walls were no problem, they could use walls; but they could also coast right over them, if need be.

The deckchairs were Ray’s idea. It seemed he was making his peace with the new lie of the land. But for Nona, although she took her place there next to him in the evenings, the resentment did not fade. Every glance at the bland pink wall was a small humiliation. She wondered if there were wealthy guests already in the rooms, behind the glare of the windows: German tourists, Brits or Americans. She stared at the panes quite frankly, confident that no one was looking back. Those windows were not watchful eyes. They were more like expensive sunglasses: whoever was behind them wouldn’t care to gaze on Nona and Ray.

“Miss those birds,” said Ray, blinking up at what was left of the sky.

And then one evening the pigeons came, a cloud of them, nine or ten, settling and separating into a row along the top of the boundary wall. Ray saw them first, as he and Nona were eating an early dinner at the kitchen table.

“The birds, the birds! The birdman’s birds.”

“How can you tell?” Nona peered through the window. They looked like regular street pigeons to her. Or were they sleeker, with a pedigree shimmer to the wings? Especially finely sculpted heads and beaks?

Ray fetched bread crusts from the kitchen and hurried outside. The birds seemed to have been waiting for him: when the bread hit the ground, they descended, cooing and beating the air.

“Nonsense. A pigeon will never starve.” Although who could say, she thought, with these fancy racing birds?

“And lost. They don’t know the way home, with this blooming big wall here.”

“No, they do get lost,” said Ray. “I read about it. They have magnets in their heads, and they get … I don’t know, depolarised.” He brushed the last crumbs off his palms, thoughtful. “Poor little buggers.”

Now, on schedule, came the light from above, that unnatural flash that hurt Nona’s eyes. For a moment she sensed a great bird settling above them, a firebird with its wings outstretched.

Return to Fourwinds by Elisabeth Gifford
Now and for Never by Lesley Livingston
The Ice Age by Kirsten Reed
El monje by Matthew G. Lewis
Riding The Whirlwind by Darrel Bird
The Financial Lives of the Poets by Jess Walter
Only the Cat Knows by Marian Babson
Enigma by Buroker, Lindsay
18th Abduction (Women's Murder Club) by James Patterson
Games Traitors Play by Jon Stock
Our partner