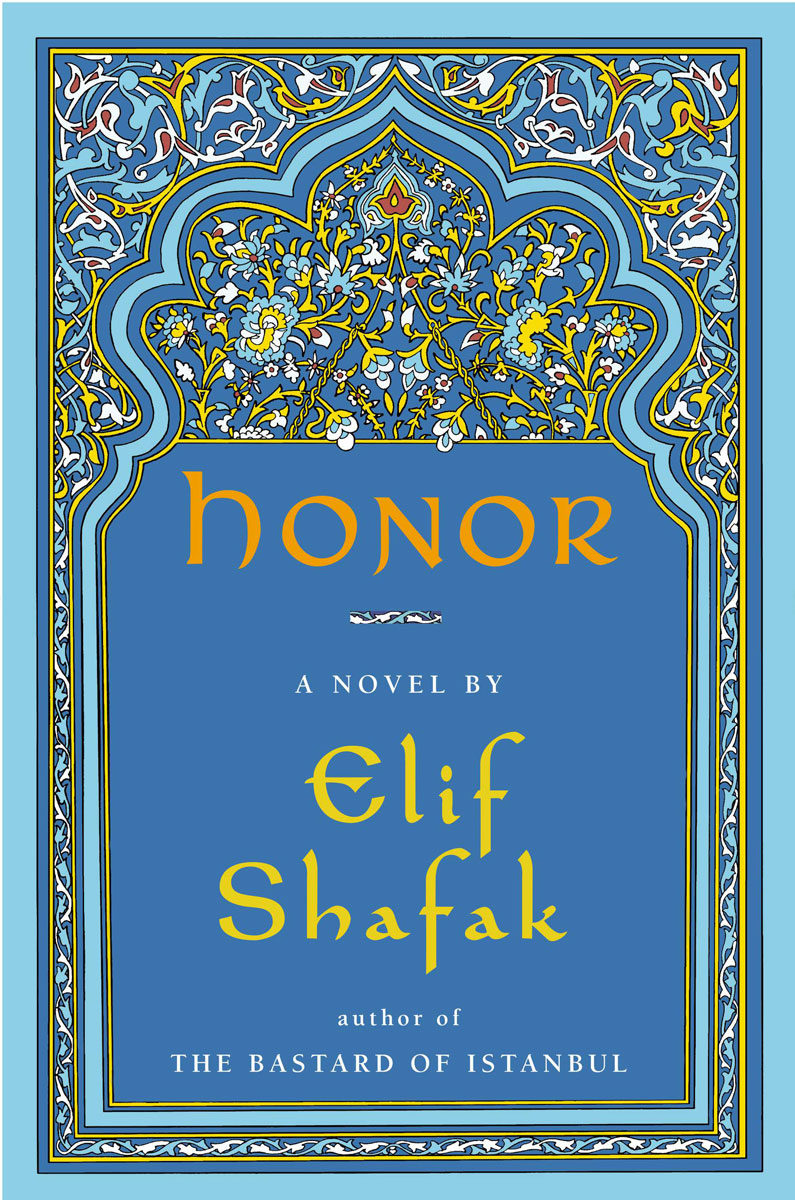 For more information about the Pengin Group visit penguin.com

Published in 2013 by Viking Penguin,

No part of this book may be reproduced, scanned, or distributed in any printed or electronic form without permissions.

Please do not participate in or encourage piracy of copyrighted materials in violation of the author's rights.

When I was seven years old, we lived in a green house. One of our neighbours, a talented tailor, would often beat his wife. In the evenings we listened to the shouts, the cries, the swearing. In the mornings we went on with our lives as usual. The entire neighbourhood pretended not to have heard, not to have seen.

This novel is dedicated to those who hear, those who see.

A Prince in the Tree

Picnics in the Sun

A Scrap of Truth

A Box of Baklava

No Wisdom without Foolishness

Beauty and the Beast

A Boy Made of Wax

Head of the Family

The Man from Beyond

The Stick and the Bundle

The Cloak of Calmness

Dream within a Dream

As long as he can remember he has had a sense of himself as prince of the house, and of his mother as his dubious promoter and anxious protector.

My mother died twice. I promised myself I would not let her story be forgotten, but I could never find the time or the will or the courage to write about it. That is, until recently. I don't think I'll ever become a real writer and that's quite all right now. I've reached an age at which I'm more at peace with my limitations and failures. But I had to tell the story, even if only to one person. I had to send it into some corner of the universe where it could float freely, away from us. I owed it to Mum, this freedom. And I had to finish it this year. Before he was released from prison.

In a few hours I'll take the sesame
halva
off the hob, let it cool by the sink and kiss my husband, pretending not to notice the worried look in his eyes. Then I'll leave the house with my twin daughtersÂ â seven years old, four minutes apartÂ â and drive them to a birthday party. They'll quarrel on the way, and, for once, I'll not scold them. They'll wonder if there will be a clown at the party, or, better still, a magician.

âWho-deeny, she said, you silly!'

That will hurt. A pain like a bee sting. Not much on the surface, but a growing burning within. I'll realize, as I have done on so many occasions before, that they don't know anything about their family history because I have told them so little. One day, when they're ready. When I'm ready.

After I have dropped off the girls, I'll chat for a while with the other mothers who have shown up. I'll remind the party host that one of my daughters is allergic to nuts, but, since it is difficult to tell the twins apart, it is better to keep an eye on both of them and make sure neither gets any food with nuts, including the birthday cake. That is a bit unfair to my other daughter, but between siblings that does happen sometimes, the unfairness, I mean.

I'll then get back into my car, a red Austin Montego that my husband and I take turns driving. The journey from London to Shrewsbury is three and a half hours. I may have to make a pit stop just before Birmingham. I will keep the radio onÂ â that will help to chase the ghosts away, the music.

There have been many times when I thought of killing him. I have made elaborate plans that involved guns, poison or, better yet, a flick-knifeÂ â a poetic justice, of sorts. I have also thought of forgiving him, fully and truly. In the end, I haven't achieved either.

When I arrive in Shrewsbury, I'll leave the car in front of the railway station and take the five-minute walk to the grimy prison building. I'll pace the street or lean against the wall across from the main entrance, waiting for him to come out. I don't know how long this will take. And I don't know how he'll react when he sees me. I haven't visited him for more than a year. I used to go regularly, but as the day of his release drew closer I just stopped.

At some point the massive door will open from inside and he'll walk out. He'll gaze up at the overcast sky, unused to seeing this vast expanse above his head after fourteen years of incarceration. I imagine him blinking at the daylight, like a creature of the dark. In the meantime, I'll stay put, counting up to ten or one hundred or three thousand. We won't embrace. We won't shake hands. A mutual nod and the thinnest of greetings in small, strangulated voices. Once we get to the station, he'll hop into the car. I'll be surprised to see how athletic he is. He's still a young man, after all.

Should he want to have a cigarette, I won't object, even though I hate the smell and don't let my husband smoke in the car or in the house. We'll drive across the English countryside, passing through quiet meadows and open fields. He'll inquire about my daughters. I'll tell him they're fine, growing fast. He'll smile, though he hasn't the slightest idea about parenthood. I won't ask him anything in return.

I will have brought a cassette along to play. The greatest hits of
ABBA
Â â all the songs that my mother used to hum while cooking or cleaning or sewing. âTake a Chance on Me', âMamma Mia', âDancing Queen', âThe Name of the Game'Â .Â .Â . for she'll be watching us, I'm sure. Mothers don't go to heaven when they die. They get special permission from God to stay around a bit longer and watch over their children, no matter what has passed between them in their brief mortal lives.

Back in London, once we reach Barnsbury Square, I'll search for a parking space, grumbling to myself. It will start to rainÂ â tiny crystal drops. Finally, we'll find a spot into which I'll squeeze the car after a dozen manoeuvres. I can deceive myself that I'm a good driver, until it comes to parking. I wonder if he'll scoff at me for being a typical woman driver. He would have done so once.

We'll walk together towards the house, the street quiet and bright behind and ahead of us. For a fleeting moment we'll compare our surroundings with our old home in Hackney, the house on Lavender Grove, marvelling at how different things seem now, and how time has moved forward, even when we couldn't.

Once inside, we'll take off our shoes and put on slippersÂ â classic charcoal for him, a pair of my husband's, and for me burgundy slip-ons with pompoms. His face will crumple when he sees them. To put his mind at ease, I'll tell him they are a present from my daughters. He'll relax, now realizing that they are not
hers
. The resemblance is merely coincidental.

From the doorway he'll watch me make tea, which I'll serve without milk and with lots of sugar, that is, if gaol hasn't changed his habits. Then I'll take out the sesame
halva
. We'll sit together by the window, with porcelain cups and plates in our hands, like genteel strangers, watching it rain on the violas in my back garden. He'll compliment me on my cooking, saying how much he has missed sesame
halva
, though he'll politely decline another serving. I'll tell him I follow Mum's recipe to the letter, but it never turns out as good as hers. That will shut him up. We'll lock gazes, the silence heavy in the air. Then he'll excuse himself, saying that he feels tired and would like to rest, if that is all right. I'll show him to his room and close the door, slowly.

I'll leave him there. In a room in my house. Neither far away nor too close. I'll keep him confined within those four walls, between the hate and the love, none of which I can help but feel, for ever trapped in a box in my heart.

He is my brother.