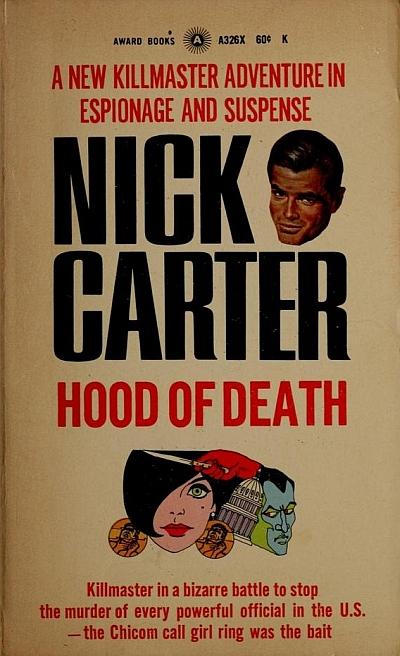 Annotation
DEATH TRAP FOR KILLMASTER
It was just another expensive call girl operation, catering to Washington's elite. Until AXE realized that too many of the high-ranking customers were beginning to die. A senator. A cabinet officer. A congressman. Suddenly dead — and all of natural causes.
It was one of Killmaster's hottest assignments. It called for a false identity, and lots of field work with the willing women in the dead men's lives.
But each encounter ended with an attempt on Nick's life. The "accident" on the deserted highway... the bullet whistling past his head...the sharp-honed knife in the hands of a butchering assailant. The assignment was heating up!
Nick knew what he had to find. The Chicom agent behind the whole terrifying set-up. The man who trained beautiful women into exquisite sex machines; the man who blackmailed top American officials into treason after his girls finished with them; the man who killed those who refused to co-operate — like Nick Carter.
Nick Carter
Hood of Death