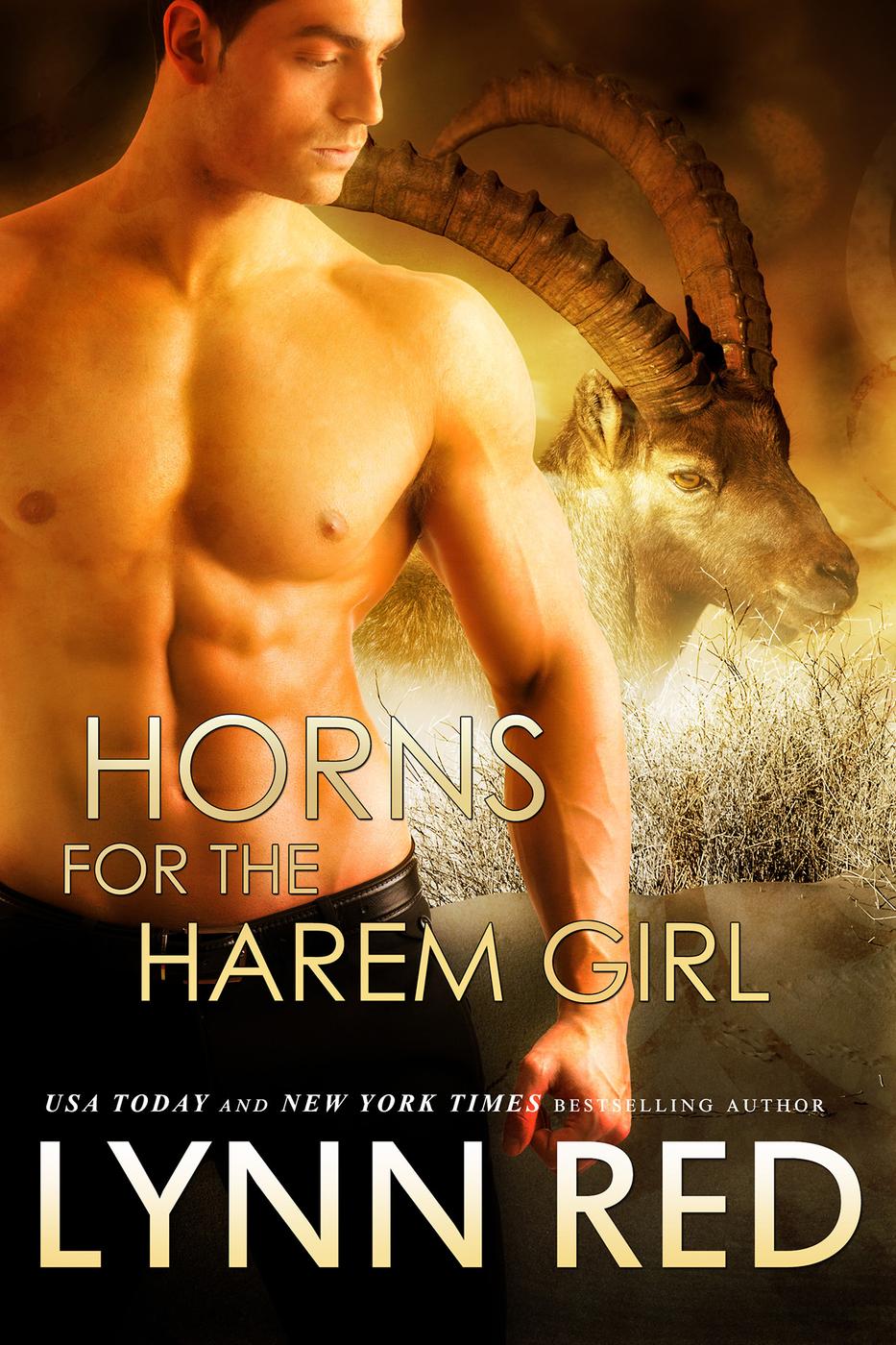 Thank you so much for taking the time to check out my new book! Click here to subscribe to my mailing list to keep up to date on all my new releases, giveaways, and free books!

Change For Me (Werewolf Romance)

Shift Into Me (Alpha Werewolf Romance)

Two Bears are Better Than One (Alpha Werebear Paranormal Romance)

Between a Bear and a Hard Place (Alpha Werebear Romance)

Thank you so much for going on this magical journey with me! Keep reading for exclusive excerpts!

Two Bears are Better than One

For my readers - may you find your own Arad.

“As long as you’ve been in our country, old friend,” Arad said, his accent thick and seductive, and slightly smoother from all the wine he’d been drinking, “you don’t seem to understand the way we do things. Look here, have some more wine, we have a long night of this boring feast ahead of us. No reason not to enjoy it.”

Without waiting for an answer, Arad took the bottle he had only recently finished pouring from for himself, and refilled Crane’s cup.

“Anyway,” Arad said, taking a sip of his own. “It’s nothing, I’m just surveying the merchandise.”

“Mmm, bit of a crass way to talk about women, isn’t it? In my country we call them, well, women.”

Arad chuffed a laugh. “What can I say? I’m a bit of a crass man. My father can’t stand my free speaking, can’t stand the way I am. Suppose that’s why he won’t make me heir.”

Crane smiled and nodded, in a gesture that his friend knew meant ‘fair enough’ without saying anything. The two had been together most of their lives. Arad, born in the palace and trained to be the next king of Salomana, an oil-rich, decadently beautiful kingdom that held old traditions and ancient secrets, kept mostly to himself. Crane though, was always shaking a hand or kissing a cheek. Whoever had chosen him to be diplomat to the country on his eighteenth birthday had made a very wise choice.

Then again, there was very little actual diplomacy to be done. Which left plenty of time for wine, women, song and... dice throwing.

Music from the back of the hall – beautiful, lilting harpsichord tunes – filled the lushly carpeted feasting hall. A haze of sweetly scented smoke hung near the ceiling, but lower in the room, the aroma of roasted meats, exotic dates and olives tantalized the feasting crowd.

“Arad, I love this country,” Crane reclined on a pillow and took another pull from his glass. “I love the excess, the riches, and of course the women. But I have to say – I never get fatter than I do when I’m here on assignment for a half a year. How do you manage?”

The prince, with his trim waist, stout chest and thick arms, certainly didn’t look like someone who spent his days feasting and his nights drinking, but that’s exactly what he
did
do. “Pushups,” he said simply. “And magic. Lots of magic.”

Crane shook his head and took another date from the fountain-shaped silver platter between the two of them. As the whirl of music grew louder, they were finding it harder and harder to converse, but the entrance of the small army of belly dancers hand selected by King Saram made the noise a lot easier to bear.

“Look at that one,” Crane said, tilting his head to a small, demure, almost mousy figure who was huddled near the back of the dancing group. “She looks so tentative.”

“She’s new,” Arad said. “Training. Must be new in father’s harem. Look how she moves her hips and arches her arms. She’s confident and talented, even if she isn’t very well trained.”

The two men watched the dancers, with their sheer silk vests and naked bodies underneath. The silks laying across their figures obscured the details, but with the traditional lanterns burning behind them, the outlines of their shapes were apparent through the lavishly colored outfits. Faces, however, were completely hidden by veils that Crane found to be more attractive than not. The mystery, the way the cover emphasized the women’s almond shaped eyes, it caught his imagination and held him in a way he’d scarcely experienced before.

“Where’s father?” Arad finally asked, when the first round of music drew to a close and the dancers circulated through the feasting hall, pouring more drinks, and making small talk with the dignitaries and nobles who peopled the room. “He should have been here hours ago.”

Crane shook his head and smiled slyly at the belly dancer who had caught his eye earlier. She swept beside him, bowing her head and brushing her hand along his rough-hewn, but well-fitting trousers. She poured him another cup of wine before swooping away, back to the area of the hall hidden by a curtain.

“Crane?” Arad asked. “Did she take your soul as well as your wallet?”

The Englishman shook his head and furrowed his brow. “She what?”

Arad handed his slightly inebriated, and very confused friend the wallet the woman had taken. “Just a parlor trick,” he said with a smile. “Sleight of hand. Comes in handy, my father says, to have your harem trained in more... practical arts than just song and dance.”

“I’m sure he does,” Crane said with a grimace. “I have no idea where he is. We met earlier, and now I’m drunk.”

Arad laughed to himself and took another sip. “Drink slower.”

Ignoring him, Crane suddenly drew up his elbows onto the short table at which they sat. The smile lines around his thin lips pursed. “How long have we known each other?”

“Fifteen years?” he thought for a moment and scratched his cheek, along the scar that marked it. “No, seventeen. We’re both thirty-three this year.”

“And in that time,” Crane said, still looking very serious. “How often have you known me to drink slower?”

A loud, booming laugh erupted from the prince. “That is true. Very true.”

More time passed, exactly how much was difficult to say. The dancers went through two more routines, and Crane went through three more cups of wine. By the time he finally decided he’d had enough, his eyes were rheumy and puffy, and he looked about like he was ready to topple over.

“Father should be here by now,” Arad said, not worried but sounding like it. It was a tone he’d practiced. “Are you sure he didn’t say anything?”

“Nothing,” Crane said with a little whistle in his voice. “He was in negotiations with... ah, hell below, whatever that country on your eastern border is. Something about oil rights to a mountain range. I should pay better attention.”

“You
are
a diplomat,” Arad said, slightly irritated.

“It’ll all be in the papers I get tomorrow. Not much reason to pay attention when I get briefs of everything that goes on.”

But as he answered, and then as his father finally entered the hall, Arad’s mind was a thousand miles away. Or, more accurately, about sixteen feet away, and slightly to the left. “There he is,” Crane said, voice sloshing with wine. “Arad, your father is—”

“I don’t care,” Arad snapped. His eyes were trained on someone else. A smaller figure, though not as mousy and scared looking as the one who had caught Crane’s attention. This one was dressed not in the silks of a belly dancer, but in the slightly more conservative, but still form-fitting and imagination-snatching, garb of a member of King Saram’s harem. He shook his head, black locks tossed from side to side. “I’ve never seen her before.”

“You mean her eyes?” Crane said, drunk enough to make fun of customs. “I don’t know how you can possibly tell them all apart.”

“The eyes are all I need.” Arad’s voice was not wavering, not uncertain in any way. He
knew
he’d never seen her before. Her almond-shaped eyes and deep purple, intricately applied eye shadow took him by the throat, held him fast. “I would ask the same of you though,” he said back, almost breathless. Still, no matter how enraptured he was, he wouldn’t be one-upped in a contest of wit.

“Look at her,” he said, clutching his drunken friend’s hand. The king began to make a speech, something very exciting and rousing, he was sure, but something entirely uninteresting. “Who is she?”

No matter Crane’s pretended apathy toward court politics, he had an encyclopedic knowledge of everyone that came and went through Saram’s palace. All the politicians, diplomats, military men and trained women of the harem had notes in the small, leather bound notebooks that Arad knew his friend was never without.

“Don’t try to play the fool with me, Crane,” Arad said. He had a smile on his lips, but he was purely intent. There was no question that he knew exactly what he wanted, and that he’d get it. There never was, not with Arad. As much as his father derided him for being spoiled and weak, the prince set his eyes on something and
took
it without question. “I know you have those notes. Who is that girl?”

Crane sighed heavily, letting his shoulders slump almost to the table. “Can’t we go just one night – just one feast – without you falling in love with someone and demanding that I find her? And then four days later, you’ve broken her heart and she’s nothing but a fetter that you try to escape? Oh, and to say nothing of how angry your father gets as you cavort around with commoners and spoil what’s left of your reputation.”

Arad didn’t hear a word of it. His eyes were trained on this girl, this beautiful iris, he estimated... or maybe a tiger lily. He thought in flowers because so often the women reminded him of one or the other. But never had one entranced him like this. He knew, because he couldn’t decide which sort of flower she was.

“Tiger lilies,” he said, “are quiet and seductive. Roses brash and exciting. Irises mysterious and—”

“What about a snapdragon? Or a sycamore tree? Maybe a cattail?” Crane sighed again. “My friend has lost his mind,” he narrated to the empty air. The hall around them roared with approval at whatever the king had said. “My dear friend is comparing women to flowers and failing to draw a good analogy.”

“You just listed qualities for four different flowers that are almost exactly the same,” Crane had given up trying to talk his way out of playing matchmaker. Arad wasn’t paying attention anyway, he was too enthralled with this new woman. When he got like this, Crane knew better than to bother denying him.

“Just tell me her name. And how long has she been in my father’s harem? And has he... defiled her?”

“For all your talk of equality, you throw around words like
defile
with such abandon,” Crane said with a laugh. “Give me a second.”

Producing the little book, he flipped through to a dog-eared section and shook his head. “Oh now this
is
fun,” he said. “Believe me when I say this one, of all your little conquest hobbies, is not worth the trouble she’ll cause.”

Sweet Justice by Gaiman, Neil
Chance on Love by Vristen Pierce
The Write Stuff by Tiffany King
The Dig by Michael Siemsen
Cry of the Peacock: A Novel by Gina nahai
Banished: Surviving My Years in the Westboro Baptist Church by Lisa Pulitzer, Lauren Drain
Phantom Affair by Katherine Kingston
Scary Dead Things - 02 by Rick Gualtieri
Blood for Ink (The Scarlet Plumiere Series #1) by Muir, L.L.
Losing Herself: Surrender by Roberts, Alicia
Our partner