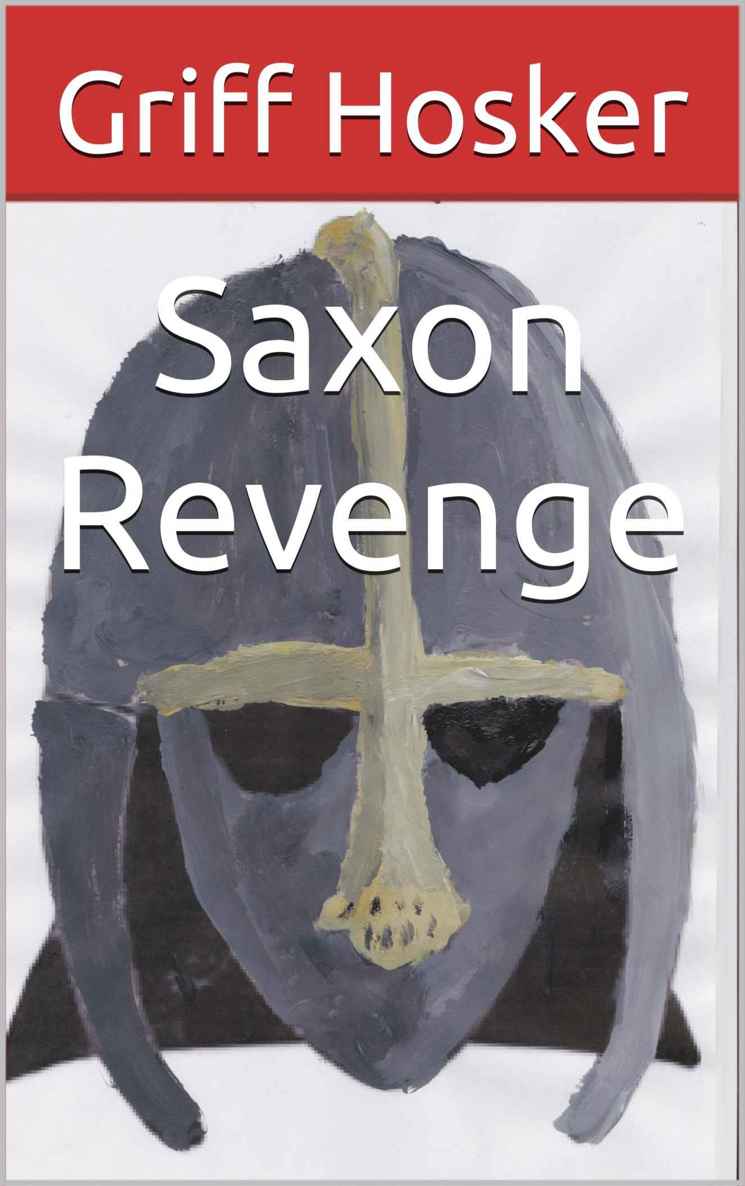 The author has asserted their moral right under the Copyright, Designs and Patents Act, 1988, to be identified as the author of this work.

All Rights reserved. No part of this publication may be reproduced, copied, stored in a retrieval system, or transmitted, in any form or by any means, without the prior written consent of the copyright holder, nor be otherwise circulated in any form of binding or cover other than that in which it is published and without a similar condition being imposed on the subsequent purchaser.

This is dedicated to you my readers. I am gratified that you continue to buy my books and, I hope, enjoy them. I will continue to write them, if only because I enjoy creating the stories and the characters and, I hope, bringing history to life. Thanks to my new readers in Canada and Germany; you are a new and welcome audience. Thanks to Eileen, my patient wife and editor. 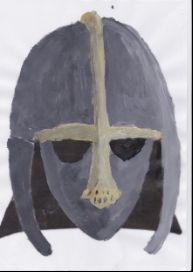 Britain in the late 6th Century 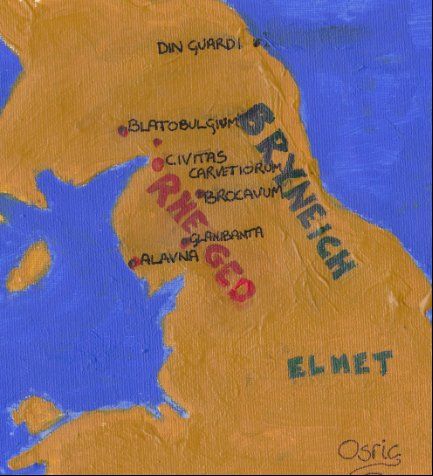 Spring had come late to the last lands free from the domination of the Saxon and Angle invaders. The icy ground had remained hard, frozen and sterile while savage, vicious winds had ripped trees and homes into splinters. A late snow had killed many lambs and sheep and it would be a difficult summer with famine hard on the heels of hunger. Despite the problems he was suffering King Urien of Rheged had been adamant; he had promised King Gwalliog, his ally and king of Elmet, his aid against the Saxons who pressed his borders and he would send a force, even though it meant his own people would be hungrier as a result.  That was King Urien’s way.  It is said by the holy men of the White Christ that he was the last great British king and I believe them. He had the vision to see that the Saxons could only be defeated by the remaining British kings banding together.  We had done so before the winter and destroyed the invaders who threatened us.  Now we would launch our own attack and attempt to retake the land further south which they were threatening. We were no longer just consolidating, we were attacking.

I looked around at my army. In truth it was little more than a large warband but they were all seasoned warriors and had fought with me for some years.  I had thought that Prince Ywain, the son of King Urien, would lead the force but the king wanted his son to remain at Civitas Carvetiorum to learn how to govern the kingdom he would inherit one day.  Ywain was not happy! But it mean much to me that the king whom I admired thought that I would be capable of the feat with such a small force. I had with me my brother Raibeart.  He had married the daughter of King Gwalliog, Maiwen, and he was more than happy to be aiding his father in law.  Maiwen, heavily pregnant, was with my wife and child at my stronghold, Castle Perilous. He led my troop of archers which had proved, time and again, superior to any archers the Saxons possessed.  There were a hundred of them and they were all skilled fletchers and bowyers.  We had pack animals with bundles of arrows strapped to their backs as we had learned, long ago, that you could never have too many arrows. My other brother, Aelle, would have commanded my slingers but he had lost an arm and now commanded the southern approaches to Rheged.  The forty slingers we took were commanded by Raibeart.

The rest of my force consisted of thirty mounted and armed equites and two hundred mailed warriors on foot. The archers and slingers might damage the enemy but it would be my oathsworn warriors who would defeat them.  Garth, my lieutenant, walked at their head whilst Raibeart and I rode with the equites.  I had long fought against this as I preferred marching with my men, but it was they who forced me to mount for I was their lord and their leader.

The first week had been an easy journey as we had ridden south through a Rheged recovering from the hard winter.  The hills which divided the island in two were sparsely populated and our scouts had an easy task.  It had been cold as we breasted the hills which ran the length of the land, but now we were on the descent towards the east and the biting wind was a sign that we were now in greater danger, for the Saxons came from the home of the evil east wind; they would be close now and we did not want to fall foul of a roving band of raiders. Brother Osric, the priest, who ran Rheged for the king, had told me of the Romans who had built a camp each night when they marched in enemy lands. At first I had thought it unnecessary but now, as we headed closer to those lands captured many years ago by the Saxons I could see the wisdom.  We did not make a camp as organised and as strong as those of the Romans, but we dug a ditch and embedded sharpened stakes around the perimeter. We all slept easier knowing that we could not be surprised.  It did, however, slow us down and we were still at least a week away from the Kingdom of Elmet.

Raibeart and I huddled in our wolf cloaks as the wind whistled around us.  I was chewing on a piece of dried venison and I ruefully pointed west. “Just think, I could be in my comfortable castle with a roaring fire and my wife with me instead of freezing out in here in this land which is fit for nothing.”Raibeart was silent and I looked at him.  He had taken my attempt at humour seriously and I remembered that we going to aid his family. “Of course, brother, when we do reach warmer climes we will become richer men when we plunder the Saxons we kill!”

I was relieved to see a smile break out on his face. “Aye brother, I am pleased that our enemies like to fight with their riches and treasures about them.”

One reason for our success as an army was that King Urien used the treasure we collected to pay the men and to arm them well.  It meant that most of our warriors had mail and helmets as well as shields.  The Saxons liked to spend their treasure on bracelets and armlets to show their prowess in battle. Traders now brought their wares to Rheged for they knew that they would be given coins of silver as payment and not the barter of other kingdoms.  Civitas Carvetiorum was a beautiful city and not a shell as many of the other Roman settlements had become. The riches we had accrued made us a popular market and was one of the few places left on the island to attract merchants from as far away as Constantinople and the Byzantine Empire.

“What of King Morcant Bulc?”

Raibeart’s words cut like a knife.  King Morcant Bulc was, supposedly, our ally but he had shown a reluctance to fight. I suspected that he had deliberately delayed when we had fought King Aella in the hope that he might achieve a victory at the expense of our warrior’s bodies.  He was part of the alliance but he had not offered any troops to aid King Gwalliog. I shrugged, “He is what he is and we do not trust him.  If he fights for us then it is an unexpected surprise and if he stands and watches then we will not be disappointed.”

Raibeart shook his head and spat out a piece of gristle. “No I meant about Bladud and him.” Bladud was King Urien’s champion and he hated me. I knew that one day I would have to kill him but King Urien valued him too much.  For myself I thought that he was a snake and untrustworthy. Bladud had been with the King of Bernicia when he had delayed his attack and we both suspected some collusion and perhaps conspiracy, although we had no proof.

“I can do no more.  King Urien still thinks that Bladud is a loyal warrior. At least he is now at Civitas Carvetiorum with the king and no longer with Morcant Bulc.” I knew that Bladud was a good warrior and Rheged would be safer now that we had taken so many men to aid an ally. The equites of King Urien and Prince Ywain were sound warriors, much feared by the Saxons, but they were few in number.  They were constantly on patrol seeking Saxons who were raiding our lands.

Elmet was but a short ride from our childhood home of Stanwyck but the warriors of Elmet had been busy fighting to the east of their land and left the north to the privations of the men from the sea. The first time we had met any of their warriors was when they visited King Urien. Both kings felt that it would not take much to secure Elmet’s safety and then the alliance could close around the small Saxon kingdom of Deira and drive them back into the sea. The plan showed King Urien’s vision for it would unite the last British kingdoms into one block and could halt the invasion.

One of the scouts, Adair, galloped up. “My lord I can see the stronghold.”

I turned to Raibeart, “Then we will not have to dig a ditch this night and we shall taste your father in law’s hospitality.”

Raibeart gave a weak smile.  He had only known King Gwalliog for fourteen short days and did not know him.  He knew that he was not born of noble blood and was anxious to show that he was a warrior who deserved his daughter.  For my part I had no doubts that the king would be impressed with my brother.  I had heard other men, and not just his blood kin, speak of his valour and cunning on the field of battle.

Notes from the Stage Manager's Box by John Barber
The Witching on the Wall: A Cozy Mystery (The Witchy Women of Coven Grove Book 1) by Constance Barker
Cold Comfort by Charles Todd
Anchor Line by Dawne Walters
A Love to Cherish by Mason, Connie
By Death Divided by Patricia Hall
Woman in Black by Kerry Wilkinson
Blood Riders by Michael P. Spradlin
Curvaceous Heart by Terri Pray
Arrow's Fall by Mercedes Lackey
Our partner