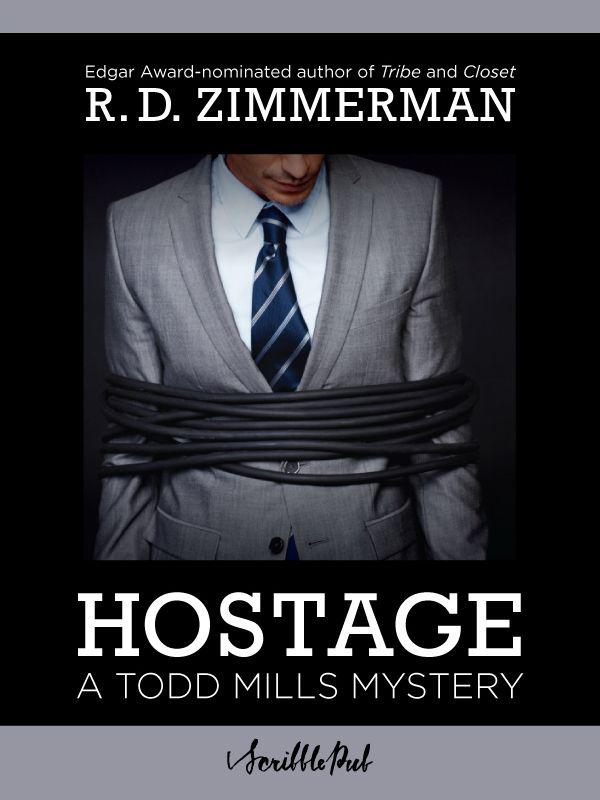 And by R.D. Zimmerman writing as Robert Alexander

the most original of the original™

Names, characters and incidents depicted in this book are products of the authors' imaginations or are used fictitiously. Any resemblance to actual events, organizations, or persons, living or dead, is entirely coincidental and beyond the intent of the authors or the publisher.

Many thanks to many people:

You really don’t think about dying when you’re dancing, at least not if the music's fast and pulsing and the volume’s so loud that you can feel the beat pummel your innards. There's nothing better than flashing lights, grinding hips, and bodies, bodies, bodies all packed together as the tunes pound on and on. It just makes you feel so full of energy, so incredibly alive. Maybe that's why Curt and I both loved going down to the bars. Maybe somewhere inside we understood we were doomed. Maybe we were merely trying to forestall the inevitable.

So that's how I'm going to remember Curt, out there on the dance floor in his white T-shirt and blue jeans, a big smile on that handsome face, a thread of sweat rolling off his brow as the Village People throbbed away. Nobody could dance better than him. We’d both come out in the last year—even the moms knew—and you could see his joy and relief as he bounced around, feet moving, fingers snapping, the music pouring into his body and out his soul.

Yes, that's how I'll remember Curt—so very happy, so very gay—even though I'll always, always feel guilty for what I did to him.

He’d spent a long
time thinking how he was going to kill Curt. After all, they were best friends.

Turning a corner, the man parked on the edge of Powderhorn Park, a large, rolling space with a frozen pond in the middle, and then proceeded the rest of the way up the snowy sidewalk. No one was out, not in this neighborhood, not at this time of night, but he still pulled up the collar of his dark wool coat, he still kept his cap snug on his head. You never knew. Some insomniac could be up watching TV, some truck driver could be coming home late, and the last thing he wanted was any sort of complication. He just had to do it and be done with it.

As he approached the small brick building two blocks later he took note that all four apartments were dark. Very good. He’d thought about slipping down the side of the building and using the rear door, but, no, that wasn’t such a hot idea. He knew this place well. All four apartments were identical, all four bedrooms were in the back of the building. The chances of waking anyone up were much slimmer if he just went in the front, entered Curt’s ground-floor place, and proceeded to the back where Curt lay sleeping. If anyone heard him they’d think it was just someone getting up in the middle of the night to take a pee.

Off to the right he heard something, glanced over. Raccoons, three of them gathered in a concentrated huddle. Having obviously gotten into someone’s garbage, they sat right in the middle of the street ripping apart a McDonald’s bag. The biggest one, a gloppy packet of ketchup in his paws, glanced at the man, but confident that the frigid night belonged to them, didn’t budge and continued with the feast at hand.

MAC, the Minnesota AIDS Coalition, had set up a rotation of friends to care for Curt, which meant there were maybe twenty-some keys circulating around town. Perhaps more, for Curt had been popular, a jovial sort with a big heart and a handsome face, and in return a lot of people now cared for him. Which meant it wasn’t at all unusual, thought the man as he approached the front door, that he would have a key too. If all went well no one would suspect anyone had slipped in here tonight. If any suspicions were raised, though, the trail would be impossible to follow. Hadn’t Curt mentioned that even a delivery service had a key?

He knew the place so well that when he unlocked the front door of the building and stepped inside, he didn’t even have to turn on the light. A little lobby that they kept locked after nine at night. Four mailboxes on the right. Four steps up to the first landing. Curt’s apartment was up there, the first door on the right, and the man paused only briefly. He listened, tried to suck in any and all of the sounds. But there was nothing, and so using both hands he slid the key into Curt’s door, twisted the lock open, and entered.

The first thing he did was take off his cap and stuff it in his pocket; then he unbuttoned his coat. He didn’t remove his gloves, however, even though this place was as overly warm as a nursing home. It smelled like one too. Stuffy. Stale. Moist. Medicinal. The gloves had to remain on though, lest he leave a careless print.

Sensing something move to his right, he looked into the living room and saw eyes staring back at him. Curt’s cat, Girlfriend, sat perched on a window ledge, a tall, lean creature with short, jet-black hair. She stared at him for a long, soulful moment, knowing of course that something was wrong, terribly so. Aware in some wise animal part of her that she was powerless, however, Girlfriend turned back to the window, gazing out at the antics of the raccoons and their McDonald’s bag.

He proceeded to the rear of the apartment, passing through the dining room and directly into the kitchen, where he paused in front of the old wooden cabinets, tall ones made of shellacked fir. Down the short hall lay the bathroom, where a faint night-light was burning, and beyond that was a dark doorway, the bedroom. Standing quite still he heard distinct noises, the hissing of a vaporizer, and finally Curt’s slow, pained wheezing.

Knowing he had no other choice, the intruder didn’t hesitate. He continued on, walking right into the bedroom, a small room with a dresser on the left, some big posters on one wall, a chair, a bedside table littered with vials, pills, a glass of water, and the bed in which Curt now slept. It was dark, of course, except for the light from the alley, which made everything glow as if a full moon were out. The man grabbed the back of the chair with one hand, dragged it across the floor, and sat down right next to the bed, surprised that Curt didn’t even stir. Then again, who knew what drugs he was on today.

He was buried under a down comforter and three or four blankets, a near skeleton of a figure who didn’t look as if he’d ever be able to stand again. Curt’s best friend just sat in the chair, silently weeping, searching for an answer, wondering how could this once robust and vital guy now be so scrawny, so puny? How could this butch man have lost so very much weight and still be alive? He’d fought so ungodly hard, hung on as long as he could to this apartment. He should have been moved to one of the AIDS foster homes weeks ago instead of to a hospice tomorrow as was now planned, but of course that was what Curt had wanted least: to leave this place, the life and memories he’d had here.

Finally, he reached down and touched Curt on the shoulder—oh, Jesus, nothing but bones!—and nudged him gently, saying, “Curt, wake up.”

As if in delirium, Curt stirred. “Wh-what?”

Curt rolled to one side, struggled to open his sunken and hollow eyes, then managed a smile. “Oh, hi. So you’re next on the roster. I… I didn’t know you were coming tonight.”

All the friends and then some were taking turns staying here, watching out for Curt, making sure he took his meds, trying to get him to eat something, anything, even a mere spoonful of mashed potatoes. And there
would
have been someone here tonight had Curt’s visitor not fudged the schedule, twisted it around so that Mike thought that another guy would have been here, another guy who would have shown up if Carol hadn’t called to tell him that Tony was on this evening, when in fact Tony was out of town. It was all an oversight that Curt’s best friend had cleverly manipulated so that he could do the necessary deed.

“Not so good,” Curt said in a faint voice. “I think this is it. I think I’m in the departure lounge.”

“Yeah, well, none of us is getting out of here alive.” He reached out, pushed aside the thick layer of covers, found the skeletal hand, and shuddered, for it was like holding hands with death. “Who knows, maybe I won’t be far behind you.”

Curt looked down at the gloved hand wrapped around his. “You’re all right, aren’t you?”

“What’s the diff, I already have PCP.” Reminded of the
Pneumocystic carinii
pneumonia that had plagued him from the start of his battle against AIDS, Curt suddenly began hacking, the cough coming from deep within and racking his body. “I… I—”

“Shh, buddy,” he said, reaching out and smoothing Curt’s forehead, the skin so translucent, so fragile that it seemed it might rip. “Don’t say anything. Just relax. I’m right here.”

The coughing deepened, desperately so, and at one point Curt’s entire face twisted and he struggled to push himself up. He was gagging, and for a moment it seemed he might vomit, but then things subsided and the fit passed as quickly as it had come.

And Then Came You by Maureen Child
Bride of the Wolf by Susan Krinard
RECKLESS — Bad Boy Criminal Romance by Aletto, Anna
[Psy-Changeling 12.1] Hide and Seek by Nalini Singh
Recipe for Love (Entangled Select Suspense) by Dyann Love Barr
An Alien’s Touch by Jennifer Scocum
Earth Girl by Janet Edwards
Wrath of Lions by David Dalglish, Robert J. Duperre
The Fly-By-Nights by Brian Lumley
Something To Dream On by Rinella, Diane
Our partner