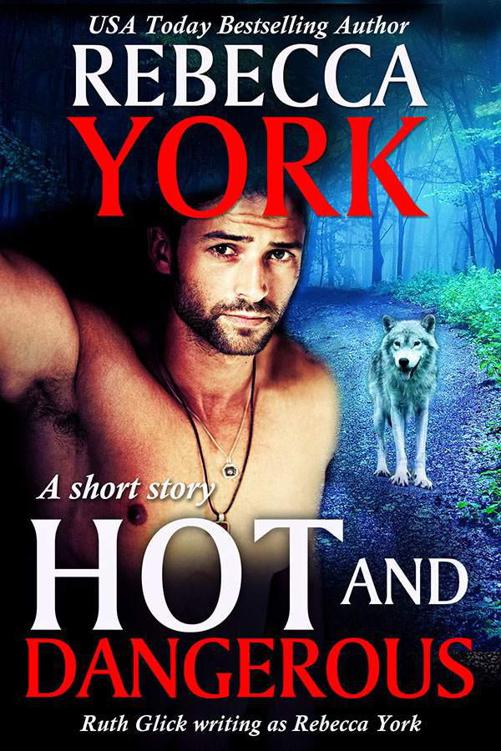 All
rights reserved. No portion of this book may be reproduced, stored in a
retrieval system, or transmitted in any form or by any means—electronic,
mechanical, photocopy, recording, scanning, or other—except for brief
quotations in critical reviews or articles, without the prior written
permission of the publisher.

This
is a work of fiction.  Names, characters, places, and incidents either are the
product of the author's imagination or are used fictitiously, and any
resemblance to actual persons, living or dead, business establishments, events,
or locales is entirely coincidental.

It should
have been a perfect afternoon in paradise, yet Jenna Brockhurst sensed
something unsettling in the air as she stepped onto the marble terrace of the
tropical resort.

A gentle
breeze played through her long blond hair and the gauzy shirt she wore over her
bikini top and shorts. Raising her head, she scanned the terrace, then the wide
beach and the bay beyond, where sailboats skimmed across the blue water of
Honeycomb Bay.

Was she
looking for danger? Or looking for
him
? The lean, dark-haired guy with
the broad shoulders, the shadow of a beard where he hadn’t shaved in a few
days, and eyes so dark they were almost black, except for the touch of fire in
their depths. The same guy who radiated a leashed power that made her want to
run. Toward him or away? She wasn’t exactly sure. He’d met her gaze that first
night in the resort’s elegant dining room where they’d both been eating alone
at separate tables. In those first seconds of eye contact, she felt a hot
shiver go through her. She was sure he was going to get up and walk over. He
was going to ask if he could join her. Instead, he turned back to the slab of
steak on his plate and left the baked potato before signing the check and
disappearing.

She took a
gulp of her Margarita, trying to swallow her disappointment. She hadn’t come to
this tropical resort looking for a hot summer fling, but she hadn’t discounted
it, either. And if she was going to pick a bed partner, it would be the guy who
had just blown her off.

Over the next
two days, he’d disappeared from view for long stretches of time. Then she’d
catch sight of him again. He was always alone, and she had the satisfaction of
knowing that he hadn’t rejected her and hooked up with someone else. One time
she saw him out on a jet ski. Another time, he was pumping iron in the gym,
lifting weights that would have been impossible for most men. And always with a
look on his face that warned he didn’t want company. Yet she understood men
well enough to know that he was interested in her.

She heard one
of the hotel employees call him Señor Marshall. And from the sign-up sheet in
the gym, she knew that his first name was Zack.

Had he looked
at her name, too?

It was hard
to believe he was shy, but maybe that was it. Why not just walk up to him the
next time they encountered each other and start a conversation? What was the
worst thing he could do? Walk away, then send a letter bomb to her room? Tell
her that slim blue-eyed blonds weren’t his type at all?

She’d come to
San Marcos because she’d known that if she didn’t get out of the U.S. and away
from her high-pressure medical research job, she was going to snap. Luban, the
company where she headed a research team, was pressing for a breakthrough on
the cancer vaccine project, and she’d just run into another dead end.

She needed a
break, and if they fired her for a two-week escape, so be it. But she’d had to
get out of the lab and into a totally different environment. So far the
peaceful atmosphere of the resort had helped to rejuvenate her. The only thing
missing was a romantic adventure. Apparently that was too much to ask. There
were maybe a hundred guests at
El Sol y Enrolla
, but few singles, as it
turned out.

Except for
Mr. Mysterious Marshall. She’d dreamed about him, sensuous and disturbing
fantasies that had left her lying in bed, hot and bothered. Thinking of the
dreams brought back the hot sensations that had accompanied them. With a silent
curse, she sat down at one of the glass-topped, umbrella-shaded tables that
dotted the patio and took a sip of the iced latte she’d brought outside.
Perfect as usual. Maybe the cold drink would cool her down.

Exotic
vegetation and flowering shrubs screened the patio. From hidden speakers, the
hotel sound system played light sixties rock. Stretching out her legs, she
examined their hue. She’d gotten a little tan since she’d been here, but not
enough to wipe away her lab-pale skin.

She had just
taken another sip of her latte when a sound that was totally wrong made her
head jerk up.

It came
again, and she realized it was gunfire. From automatic weapons.

Two
dark-haired men dressed in black tee shirts and jeans were running across the
beach, firing machine guns as they went.

She heard a
scream. Then, to her horror, she saw a man and woman in bathing suits go down,
then one of the beach attendants.

The men with
the guns were heading this way, speaking to each other in Spanish.
Instinctively, she slid off her chair and crouched behind the low wall that
separated the terrace from the sand. Footsteps pounded toward her, and every
muscle in her body tensed as she waited for one of the attackers to round the
wall and start blasting away at her. But they kept going, into the hotel, where
she heard more screams and gunfire.

Lord, what
was happening? She’d heard murmurs of political unrest in San Marcos, but she’d
never thought it would reach her out here at this isolated resort.

Apparently
she’d been wrong. She hoped it wasn’t
dead
wrong.

Zack Marshall
stopped in his tracks. He’d just heard the chatter of automatic weapons—from
back at the hotel.

He was on the
beach, a quarter mile from the resort, and the smart thing would be to stay the
hell away. But he couldn’t run in the other direction. Not when Jenna
Brockhurst was back there.

A wave of
panic swept over him. He’d been trying to avoid her, knowing all the time that
he was fooling himself into thinking he could walk away from the slender blond
woman who drew him as no other female ever had. The moment he’d seen her, he’d
known where the two of them were headed. Yet he hadn’t wanted to admit it to
himself. Now it might be too late.

He turned on
his heel, running back the way he’d come, every sense alert for danger.

When he heard
more gunfire, he quickened his pace. Before he reached the hotel, he saw Jenna
crouching behind the low wall that separated the terrace from the beach._

His heart
leaped. Thank God she was out of the line of fire.

He wanted to
call to her, but that would pinpoint his location—and hers. Instead, he moved
cautiously toward her, hoping he could reach her in time.

Every
instinct urged Jenna to run for her life. But where?

El Sol y
Enrolla
was a small
resort on an island off the coast. You could only get here by boat—or small
plane.

Which meant
that she couldn’t make for the road and get anywhere except the other side of
the island.

And the road
was a bad idea, anyway, because she’d be exposed.

She thought
about the self-defense course she’d taken back home. That was for when a guy
came at you on the street armed with a knife or a handgun. Not guys with
automatic weapons who shot at anything that moved.

To prove the
point, from inside the hotel, she heard more sounds of carnage. She’d seen two
men, but there must be more. Or maybe somebody was shooting back. Either way,
horrible images leaped into her mind. How long before the men she’d seen
returned and found her out here?

One thing she
did know, she was going to end up dead if she stayed where she was. Cautiously
she raised her head above the wall and looked around. The beach was clear,
except for the dead bodies. What if she made for the jungle? If she could hide
in the vegetation, she might have a chance.

She said a
silent prayer, then crawled to the beach side of the wall. Staying low and
keeping a screen of foliage between her and the terrace, she made for the
little hut where white fluffy towels were piled for hotel guests.

As she
reached the shelter, someone streaked to her side, and she whirled, prepared to
go down fighting.

But it wasn’t
one of the gunmen. It was Zack Marshall, dressed in jeans and a blue polo
shirt, coming up beside her.

“Keep down,”
he said, his tone low and hard.

“I am.” She
heard the quaver in her voice, felt herself trembling. She’d been utterly
alone. Not now.

Z_ack reached
for Jenna, pulling her close. He’d dreamed of holding her, kissing her, and now
she was in his arms—under circumstances he never would have imagined.

He felt her
lean into him, saw her close her eyes as he stroked his hand up and down the
goose bumps on her arm.

“What are you
doing out here?” she whispered, and he heard the tremble in her voice.

“I was
walking. I heard the gunfire and came back.”

“You could
have headed in the other direction.”

“I couldn’t
leave you here.”

She raised
her head, staring at him.

He gathered
her closer, wishing he could protect her with his body.

“We’ll get
out of this,” he whispered.

She nodded
against his chest, then raised her head again.

“My guess?
Opponents of the government who want to make a statement by wiping out a bunch
of Americans. Which means we’ve got to make ourselves scarce. Like I said, the
jungle is our best option until help arrives.”

“Does anyone
know what’s happening here?”

“Somebody
must have gotten out a call,” he answered, hoping it was true. “The emergency
number is posted in every room.”

Privately he
was wondering how long it would be before anyone realized the deadly situation
on the island and sent help.

He cupped his
hand around her shoulder, and she reached up to cover his fingers with hers. It
felt natural, like they’d known each other for years.

For long
moments, neither one of them moved.

He stiffened.
“You know my name?”

He nodded.
“And I saw yours. Jenna. Too bad we’re meeting this way.”

Jenna wanted
to ask if they would have met at all under other circumstances, but she kept
the question to herself.

Zack looked
around the side of the towel stand and gestured. “The gazebo’s about thirty
yards away. We’ll make that our next stop.”