How to Teach Filthy Rich Girls 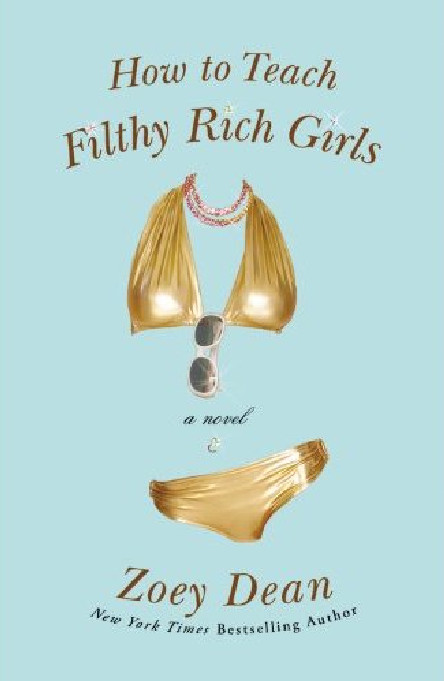 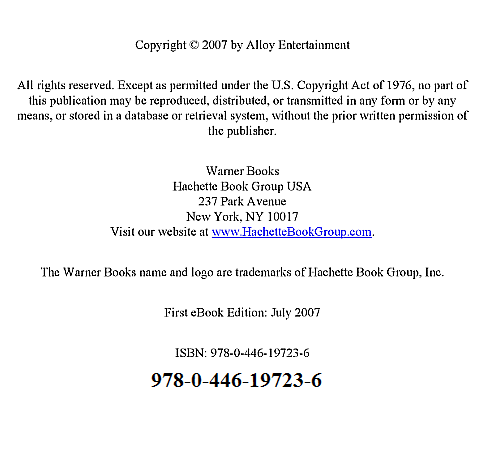 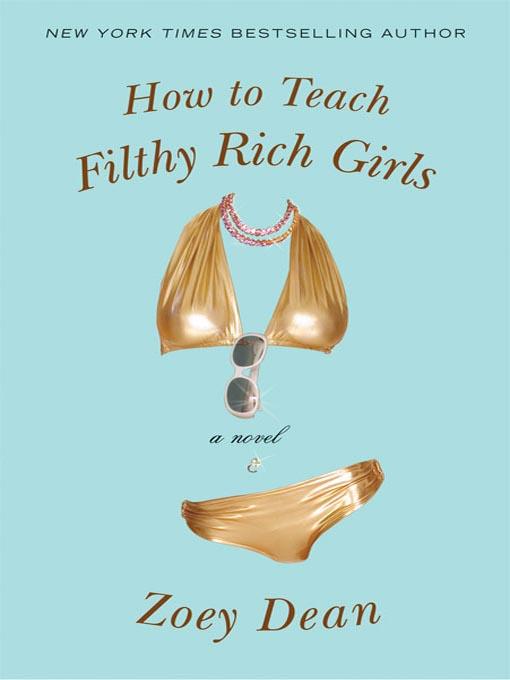 This book is a work of fiction. Names, characters, places, and incidents are the product of the author‘s imagination or are used fictitiously. Any resemblance to actual events, locales, or persons, living or dead, is coincidental.

Summary: ―If Megan Smith can tutor two heiresses with a combined GPA of roughly 0.2 and get them into Duke University, their grandmother will pay off Megan‘s college loans in full.‖—Provided by publisher.

To the A-list gang on West 26th Street,

and to the evil boy genius of my dreams.

The rich are very different from you and me.

Choose the letter that would best fill in the blank spaces in the following sentence: Exchanging family heirlooms and occasional sexual favors for _____________

(b) complete; commonplace in Beverly Hills

(c) a promise of;
so
1990, circa
Pretty Woman
(d) reasonable; unforgivable

Snatching my receipt from the bodega ATM, I already knew the bad news. I‘d just withdrawn two hundred dollars, and my account balance was hovering a little over zero.

So I stashed the cash and receipt in my battered backpack and asked what any recent Yale graduate whose student loans had left her seventy-five thousand bucks in debt would wonder:

―If I were to charge for sex, how much could I get?‖

―Depends,‖ answered my best friend, Charma Abrams, flatly. Her nasal monotone had been influenced heavily by too many girlhood hours spent with MTV‘s Daria. ―Do you get to pick and choose your clientele?‖

―Hard to say. Let‘s go find you a pimp in Tompkins Square Park.‖ Charma examined her reflection in the anti-shoplifting mirror above the limp-looking green vegetables.

―Or we could ask your sister.‖

My sister had been must-see her whole life. Drop-dead gorgeous, talented singer and dancer, Brown University grad, Lily had been born to be stared at. As I took in my own reflection in the warped deli mirror—medium height and weight, size eight on the top and size ten on the bottom on a good day, long brown hair exceptionally prone to frizz, a heart-shaped face with nice enough hazel eyes, a thin nose, and lips like the ―before‖

photo on a lip-plumper ad—I wondered for the zillionth time how Lily and I shared a gene pool.

The chief reason I‘d chosen to attend Yale was so I could do one thing in my life that was more impressive than what she had.

The immaturity of this is not lost on me, by the way.

We headed out of the bodega and crossed East Seventh, dodging a couple of joggers and a bag lady carrying on a one-sided conversation with the president: ―You call that a foreign policy, you asshole?‖ It was one of those crystalline Indian-summer days when nature puts on a last-ditch floor show—the stubborn final leaves of autumn danced on their branches as the low November sun bathed them in ocher light. I wore my usual no-name jeans, a white Hanes T-shirt, and an ancient navy cardigan that my favorite of our family‘s three dogs, Galbraith, used to sleep on when he was a puppy.

―Where are you meeting this guy?‖ Charma asked.

―Southwest corner.‖ I scanned the crowded benches lining the walkway to the center of the park. Everyone was enjoying the mild weather that surely wouldn‘t last longer than a day or two.

I raised an eyebrow.

―I just wondered. Since you‘ve got every other detail down.‖

―When I told him I was twenty-two, he said he was twenty-nine, which probably means he‘s mid-thirties and trying to pass. So I‘d guess boxer-briefs.‖ I made a beeline for an empty bench to our right. Too late. Three old Polish ladies had spotted it first.

Charma shook her blond curls out of her eyes. ―About the whole sex-for-money thing?

Waste of your brain. And I don‘t think your customers want to be remembered in that kind of detail. Stick with the magazine.‖

―Oh, like
that’
s not killing my brain cells on a daily basis.‖

As it turned out, every other graduate from every other Ivy League school had come to New York the day after graduation, and we all wanted the exact same jobs. Many of them, however, had something that I lacked. Connections.

My dad is a professor in the economics department at the University of New Hampshire, and my mom is a nurse-practitioner at campus health services. Lily and I had grown up in an old farmhouse filled with books, intelligent conversation, and excessive pet fur. My folks lived an ecological life. Theirs had been voted Best Compost Heap by
Earth Lovers
, the local greenie newspaper. It is a little-known fact that parents who win Best Compost Heap cannot help their daughter find a job at a hot-shit New York City magazine.

June morphed into July, which morphed into the hothouse of August, and I still was ridiculously unemployed. Then, right after Labor Day, I got my first and only job offer.

Since I owed Charma the September rent and felt it would behoove me to sustain my body on something other than ramen noodles and canned tuna, it was either become an editorial assistant at
Scoop
or learn to intone ―May I run through our specials this evening?‖ with a perky smile on my face. Walking gracefully while carrying hot food is not my strong suit. Nor is perkiness. The choice was made.

You know
Scoop,
though you may not admit to actually purchasing it. It‘s one step up from
Star
and two steps down from
People
. A few of my highlights to date included captioning such photo spreads as ―Did Jessica Get Implants?‖ and ―Lindsay‘s Wild Mexican Vacation!‖ Yes, I‘d found it necessary to lower my journalistic aspirations a standard deviation. Or ten.

As Charma and I ambled along, a guy with short blond hair, a day‘s worth of stubble, and a ratty Wolfmother T-shirt smiled at us. Well, her. Charma turned to watch him pass, letting out a low, appreciative whistle. She‘s a much better flirt than I am.

I looked around, trying to find my mark. There was a junkie looking to score at ten o‘clock. At high noon were two teenage schoolgirls with too much everything—

makeup, hair, boobs, skin, stiletto boots—who apparently felt the need to shriek every other word at each other. Then I spotted a guy in jeans and a flannel shirt cutting through a stand of trees at two o‘clock. Bingo. I waved.

―Megan?‖ He held out a hand with slightly dirty fingernails, but I was in no position to turn down a shake. He had something I really, really wanted.

A couple with a baby stroller vacated a bench to our left. I sat down and motioned for Pete to join me. Meanwhile, I noticed Charma chatting with Wolfmother, who‘d circled back to make actual contact. Who could blame him? Charma had the kind of natural curves women pay a small fortune for and even then have to settle for saline.

―You got it?‖ Pete asked, drumming his fingers on his jeans impatiently.

―Right here.‖ My heart hammered as I unzipped my backpack, taking out the white Tshirt that had, until an hour before, hung inside a frame on the exposed brick wall of our living room (whose futon also doubled as my bed). The front of the shirt featured a bird sitting on the neck of a guitar and the inscription WOODSTOCK: THREE DAYS OF

PEACE AND MUSIC. Not only was it the real deal from the greatest rock concert of all time, it was also signed by Jimi Hendrix. Two Cornell students, who would later become my parents, had stuck it out until Hendrix‘s set on Monday morning. My father had managed to get the shirt signed by the guitar god himself and gave it to my mother as a sign of his love and devotion.

Now, as a sign of
my
love and devotion, I was passing it on. To what‘s-his-name. Right.

―Like I said on Craigslist, it‘s in mint condition,‖ I told him.