HRC: State Secrets and the Rebirth of Hillary Clinton 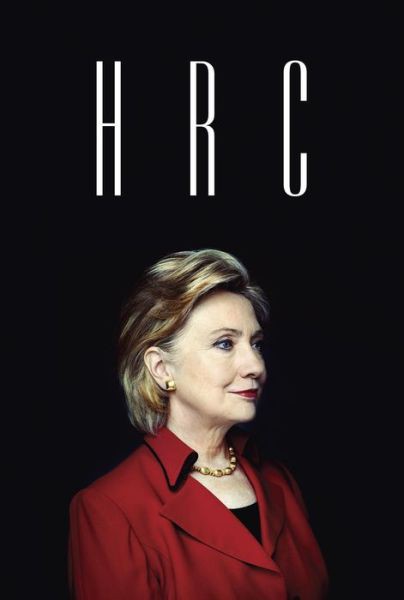 All rights reserved.
Published in the United States by Crown Publishers, an imprint of the Crown Publishing Group, a division of Random House LLC, a Penguin Random House Company, New York.
www.crownpublishing.com

CROWN and the Crown colophon are registered trademarks of Random House LLC.

As with everything, this is for Stephanie, Asher, and Emma Allen.
—J.A.

For Esther and Sherry Parnes, the most inspiring women I know.
—A.P.

The American consulate before her stood at the edge of civilization, in one of the most lawless places on the planet, amid an epic struggle between moderates and extremists. The diplomats inside believed they were there to help; the anti-American terrorists at the gate most certainly did not.

Frame by frame, in a video-equipped conference room on the seventh floor of the State Department’s Washington headquarters, Hillary watched terrorists attacking the outpost. The stultifying images had been captured from a security camera at the American compound. Hillary wanted her top aides—about two dozen of them had gathered in the conference room with her—to “get a sense of what people were facing inside these posts,” as one of them later put it.

The screening was held shortly after the April 5, 2010, assault, two and a half years before Ambassador Chris Stevens would be killed at the U.S. special mission compound in Benghazi.

Attackers had nearly made it inside the American compound in Peshawar, the gateway to the tribal region of Pakistan that had become the world’s most notorious haven for terrorists. They detonated a truck bomb when it hit a barrier fifty feet from the consulate’s entrance, and they launched a second-phase assault with guns and grenades. Pakistani employees of the consulate were killed in the attack, but the terrorists were repelled before they could breach the compound. Though in a similarly dangerous region, the Peshawar
compound was more fortified than the one at Benghazi because of its status as a consulate, a step below an embassy but still a more permanent installation than the special mission in Benghazi, which is often referred to as a “consulate.”

The slide show was intended as a wake-up call for the State Department brass. In Peshawar, the attack had been thwarted in large part by a pop-up vehicle barrier and the quick reaction of Pakistani soldiers, who provided host-nation support to the consulate.

Increasingly, the drumbeat of threats against American diplomatic facilities could be heard not just in Iraq and Afghanistan, where the United States had military forces on the ground, but in other places that weren’t live combat zones. Diplomats were having a harder time doing the basic function of their jobs—interacting with the locals—without the menacing accompaniment of heavily armed convoys and rigorous security precautions.

When Hillary had taken over as secretary, she had spoken at length to Ryan Crocker, the veteran ambassador to Pakistan, Afghanistan, and Iraq, who told her that, despite the dangers, diplomats weren’t effective if they were constantly hunkered down in heavily barricaded embassies and consulates. She knew that Peshawar was one of the most precariously situated American posts in the world, amid Al Qaeda, Taliban, and other jihadist forces. There were constant threats to the diplomats who ventured into the surrounding community, but this was an attack on their home base.

When Hillary heard about the incident, and the success in holding off the terrorists, she asked Pat Kennedy, the undersecretary who oversaw diplomatic security operations, to brief her team. I want to see it, she had told Kennedy.

Thank God we had the pop-up barriers, she thought, when she watched the images. Whenever there was an attack on an American diplomat or facility, a chorus of voices would argue for pulling back from the site. But Hillary believed that the United States couldn’t afford to leave vacuums in troublesome regions. American embassies and consulates, and the diplomats who worked in them, were important tools through which the United States could influence the
rest of the world. They were also platforms for intelligence, military, and commercial activity.

Yet the perils of modern diplomacy were clear. American diplomats in war zones were at just as much risk of coming under fire as the military. The difference was that diplomats didn’t carry machine guns. Hillary understood that engaging in diplomacy in hostile parts of the world was a calculated risk. She had made the case, within the administration and on Capitol Hill, that funding for the security of diplomatic posts in war zones should be as sacrosanct as the money spent on arming and equipping troops. She had included Pakistan on a list, with Afghanistan and Iraq, of countries where embassy security budgets should be protected by law.

The decision to take time out from one of her tightly run meetings for an embassy security briefing sent a message to the people in the room that Hillary believed at that moment that “this is the most important thing for us to be talking about,” said another source who was present.

It wouldn’t be the last time.

Near the end of her tenure at State in September 2012, the Benghazi attack—essentially the three a.m. call she had campaigned on in 2008—interrupted the smooth narrative arc of Hillary’s political comeback. For four years, from the day she accepted Barack Obama’s invitation to join his cabinet, Hillary had been engaged in a peripatetic rebuilding and rebranding campaign. All at once, and with disciplined follow-through, she had enhanced the State Department, America’s relationships with some foreign countries, and her own brand at home. The mission required a survivor’s strength, a gatherer’s cultivation of political capital, a hawk’s vigilance, and the ambition of a woman who believes she should be president. Taking the job had been a risk, just as continuing to engage in diplomacy in dangerous parts of the world was a risk.

Hillary explained, both before the Benghazi attack and after it, her view that the United States couldn’t simply pull back from the most precarious parts of the world because of the danger to diplomats. Instead of avoiding risk, she argued, it was the job of the State
Department to mitigate and manage it, a point of view that reflects her own personal calculations about risk and reward.

Hillary also harbors a related trait that one source calls “a bias for action,” which influences her decision-making process. It can be seen in her approach to going after Osama bin Laden, in her building of a coalition to intervene militarily in Libya, and even in the way she encourages her aides to innovate and improvise, whether in building partnerships, aiding rebels, or, in the case of Richard Holbrooke, searching unsuccessfully for the right recipe for peace in Afghanistan.

From the outset she demonstrated a deep understanding of the levers of power within the American government and in international politics. As a result, she became an increasingly influential voice within the Obama administration, moving from the realm of campaign-trail rival to valued counselor and executor of the president’s will. Some of her initiatives are still taking root, and it may be that she is forced to watch as others take credit when they blossom. Her advocacy for a “smart power” approach to dealing with other countries was most evidently successful in Burma, but it could also be seen in the management of more difficult relationships in the Middle East and Asia.

To the disappointment of even some of her most ardent supporters, Hillary’s legacy is not one of negotiating marquee peace deals or a new doctrine defining American foreign policy. Instead, it is in the workmanlike enhancement of diplomacy and development, alongside defense, in the exertion of American power, and it is in competent leadership of a massive government bureaucracy.

Through inside-the-room stories, this book tracks the arc of Hillary Clinton’s last rise, a tale of political resurrection for which the final chapters remain unwritten. Part of that story is the temporary return of the reins of the family’s political operation to Bill Clinton, whose work on behalf of Barack Obama’s reelection—and on punishing Hillary’s enemies on the campaign trail—helped lay the groundwork for Hillary to run again in 2016. But even as she insisted that she was out of the political game while serving as
secretary, Hillary continued to build the Clinton political network, acquiring new allies within government, Democratic political circles, and the business world who would help form an expanded base for 2016.

Of course, at the time of the writing of this book, Hillary still had not announced a decision about her plans. However, most politicians looking at higher office do everything in their power to preserve their option to run until they make a final call. Hillary is no different in that regard. But she has shown a willingness to take risks—from signing on as Obama’s secretary of state to staking out positions in his Situation Room that might not play well either with the Democratic primary base or with the full electorate—because it was her duty to give the president her loyalty and her unvarnished counsel.

Loyalty, for better and worse, has been the defining trait of Hillary and her tightly woven inner circle, from her days as first lady through the Senate and State. She values it in herself, demands it in her aides, and often gives it too much weight in judging the people around her. The failure of her 2008 presidential campaign could be attributed in part to the way she rewarded longtime allies with jobs that they were ill-equipped to execute, and even her fiercest advocates often wonder whether she truly learned enough from that experience to elevate competence over loyalty in building a second bid for the Oval Office.

As she weighs a run, the bias will be for action, the risk will be calculated, and the candidate almost certainly will be reborn.

Inside a cramped third-floor office of Hillary Clinton’s once-bustling presidential campaign headquarters in the Ballston neighborhood of Arlington, Virginia, Kris Balderston and Adrienne Elrod put the finishing touches on a political hit list. It was late June 2008, and Hillary had dropped her bid for the presidency. The war room, where her brain trust had devolved into profanity-laced shouting matches, was empty. The data crunchers were gone. The political director had drifted out. A handful of Hillary’s aides had already hooked up with Barack Obama’s campaign in Chicago.

The Man Who Smiled by Henning Mankell
Enemy Within by Marcella Burnard
Dads: A gay couple's surrogacy journey in India by Hans M. Hirschi
Paupers Graveyard by Gemma Mawdsley
Curse of the Mummy's Uncle by J. Scott Savage
The Buckhorn Brothers Box Set: Sawyer\Morgan\Gabe\Jordan by Lori Foster
Cure for the Common Universe by Christian McKay Heidicker
Beauty's Daughter: The Story of Hermione and Helen of Troy by Carolyn Meyer
The Senator's Hispanic Bride by Gold, Alexis
Red Sun Also Rises, A by Mark Hodder
Our partner