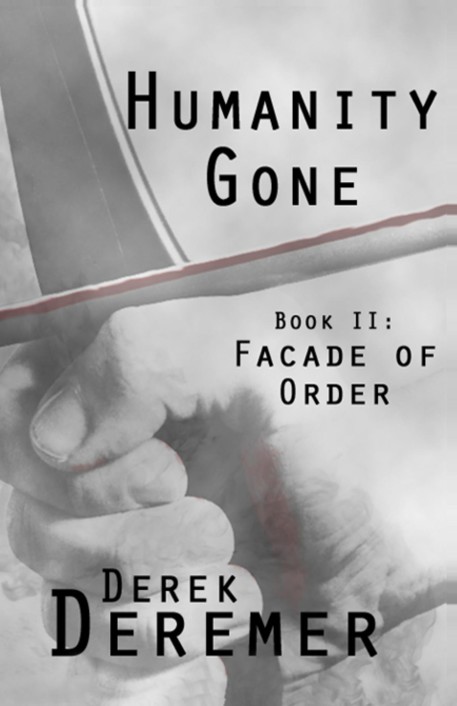 This is a work of fiction. Any resemblance to actual events, locales, organizations, or persons, living or dead, is entirely coincidental.

“If you don't start talking, I'm going to remove all the fingers on your left hand.”

I was afraid he was going to say that. I managed to not even scream when he took the pliers to my pinky. I'm not sure if that courage will last much longer. I glance down to the bloodied stump of a finger that was tethered to the wooden chair. A pool of blood gathers around my hand and a few drops land on the white ceramic tile beneath me. Pain is no stranger to me, but it is becoming overwhelming as I feel each heart beat where my finger once was. I avert my eyes from the blood and glance around me. The room is dark and felt like a dank washroom. It is probably an old bathroom... or an operating room. A single light illuminates only a portion of the room and the man's face. He is dressed in combat gear and his helmet sat on the nearby table.

I glare up into his face. A shadow darkens everything beneath his brow and a hint of light reflects off the brown in his eyes. There didn't seem to be any white there. Held in front of him is a pair of pliers-stained red from when it sliced through the veins in my little finger. I wanted to kill him - to make him suffer, but I really was in no position to make threats. Charging in here was so sloppy.

They told me she could be in here.

It is a trap as far as I can tell, and now I am strapped to a chair, and they want information that I don't even know. Perhaps they are a little pissed about all of them I killed to get here, and maybe the ones I killed in the past.

I guess counting three today, I was somewhere around fifteen at this point. I'm not really sure. The number of bodies I walked over did not matter one damn bit. Not until I found her.

He slaps me across the face.

“Start talking, or believe me, I can do much worse things to you.” He smirks and briefly glances down. This isn't the first time I've been threatened with that.

“I don't know what you're talking about. I was just looking for someone,” I yell back at him. “So if you think pain is going to get me to remember something you may as well chop off my whole damn arm.”

Perhaps it isn't the best plan to give this guy any ideas, but maybe if I seem just crazy enough...

He leans in close. His breath smells awful, and I turn to the left to avoid his gaze. He grabs my hair and turns my head forward and back until my skull feels like it will hit the middle of my back. He leans over and glares down into my eyes. I can see them clearly now in the low light. They are dark and empty.

“What do they want with us?” He pulls even tighter on my hair and it feels like it's about to rip out of my scalp.

“I don't know what you’re talking about.” Well, I knew vaguely what he was talking about; I just didn't know anything about it. He pulls back on my hair for a few more moments and then he releases it. My chin instantly drops to my chest. He takes a step back and turns around for a second.

“I know you know something. You're the one who has been killing our men up and down this territory with those arrows. Most of all, I know you're under order from the Sanctuary. Matthews is tired of their little game. What he personally does to them will make this look like child's play.”

Sanctuary. Now that was a name I had not heard in a while.

“Believe me; I take no orders from them. I know nothing. I've just been looking for someone this whole time. I know you have her.” I look up to him. I squint-trying my best to look threatening to the man that could easily kill me with the knife he had sheathed to his side. He did not scare me, and I wasn't going to give him any satisfaction that he did.

He slaps me again on the other side of my head. Or was it the same side?

His hand reaches into his pocket and retrieves the pliers. My heart seems to stop as he holds my left hand down and goes to my ring finger.

“What do they want?” he screams into my face as I try with every ounce of my energy to free myself from the bonds. The metal pliers surround my ring finger.

“I am just trying to find my sister.” The last part of my sentence ends in a yell as the pliers tear through skin, muscle, and then bone. He pulls the bloody tool away, and I see my ring finger for a second before it falls to the floor. The pain is unimaginable, and it takes every ounce of me to not continue screaming and start crying.

My voice quavers as I plead, “Please. I'm just trying to find my twin sister.”