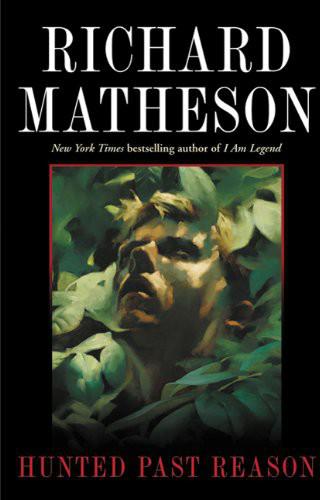 With deep gratitude to Don Congdon, My literary bulwark for forty-five years

My deepest gratitude to Lee Holloway for her invaluable contribution to the creation of my story's antagonist.

Most of the information about plant and tree life in northern California comes from the excellent book
California's Sierra Nevada
by George Wuerthner, published by American and World Geographic Publishing.

To die is nothing.

To live is everything.

"This is as good a place as any," Doug said, leaning forward on the backseat.

"Okay." Marian started to slow down the Bronco as it turned a curve to the right.

"By that fallen big-leaf maple'll be fine," Doug told her.

"Right." She eased the Bronco toward the right side of the road and braked slowly. The carpeting of yellow leaves crackled under the tires before Marian stopped the Bronco by the fallen tree.

Bob drew in a sudden, involuntary breath. "And so the adventure begins," he said, trying to sound pleased.

Marian looked at him as she switched off the engine. "You all right?" she whispered.

Doug opened the back door of the Bronco and got out. He stretched his arms upward, groaning as he arched his back. "Oh . . .
boy
," he muttered.

Marian looked worriedly at Bob. "Are you
sure
you're all right?" she asked.

"Yeah, why do you say that?" He managed a grin.

"Well—" She gestured vaguely. "You didn't sound too certain there."

"And so the adventure begins," she quoted.

In back, Doug had unlocked the hatchback door and was starting to lift it.

"You're comfortable then," Marian said.

"Oh, sure." He leaned over and put his arms around her. She responded and they held on to each other tightly.

"Okay, lovebirds," Doug said from behind the car. "Time to unload our gear."

Bob and Marian drew apart, smiling at each other. They opened their doors and slid out, standing on the leaf-covered ground. "My God, the leaves are so
big
," Marian said, picking up one that was more than a foot across. After a few moments, she dropped it, the golden leaves crunching under their shoes as they moved to the rear of the Bronco where Doug was pulling out his backpack.

"Here, I'll get yours," Marian said, pulling at Bob's backpack. "Holy!
Moses
." She had lost her grip on the pack, which thudded down on the ground. "It weighs a bloody
ton
," she said. "How in God's name are you going to carry that for four days?"

Bob forced a smile. "It's really only three, honey. There's not that much left of today."

"Two
hours
would be too much for carrying that," she said, gesturing toward the fallen pack. "You're forty-five, not twenty-five."

"He'll get used to it," Doug told her. "And it'll get lighter every day as the food goes."

"I suppose." She watched Bob pick up the pack and move it away from the Bronco, then turned toward the back of the car.

"You're not taking this, are you?" she asked, picking up a red flare.

"Sure." Doug's smile was teasing. "To light our campfires."

Marian put down the flare, smiling. "What's this?" she asked, picking up a length of chain. "You don't need
this
on your hike, do you?"

"No." Doug took it away from her and put it back in the car.

"What's it for?" Marian asked him.

She opened her mouth as though to speak, then closed it again. "Oh," she murmured, watching him take a long leather carrier from the Bronco. "What's that?" she asked, trying to cover her feeling of embarrassment about mentioning the chain.

Bob made a sound of strained amusement. "You're taking a bow?"

"And arrows, I presume."

Doug gave him a look.

Bob asked, "Why? Do you hunt while you're out?"

"Bob." Doug turned to him with a mildly accusing look. "We're going into wilderness. There are black bears out there. Mountain lions. Coyotes."

"Oh, now, wait a minute," Marian said abruptly. "Nothing was said about black bears or mountain lions or coyotes." She looked at Bob in concern. "Now I'm not so sure this is a good idea."

Doug laughed. "Marian, I'm not saying we're going to run into one of them. The bow is just a precaution."

She stared at him, her expression one of worried doubt.

"A precaution," he repeated.

"Black bear or mountain lion or coyote?" she asked uneasily.

"Rabbit," he said, repressing a grin.

"Rabbit?" She looked startled. "You shot a rabbit?" As Doug nodded, she asked, "How come?"

"I lost my pack in some rapids and I had to eat," he told her.

She looked at him in silence for a few moments.

"There aren't any grizzly bears up here, are there?" she asked apprehensively.

"Used to be," Doug answered. "Wolves too. Until they were killed off by stockmen— traps, guns, poison."

Marian winced at his words.

"All right, let's put it this way," Marian broke in. "How often do you
see
black bears or mountain lions or coyotes?"

Doug chuckled. "Marian, you're too much," he said.

"All right, all right." She nodded several times. "I'm just . . . " She gestured vaguely with her hands.

"I should never have mentioned it," Doug said. "Believe me, it's nothing to be concerned about. Okay?"

Doug's responding smile was a sad one. "Too bad I don't have a frau to be apprehensive about me," he said.

"Adventure," he said with a teasing smile.

She smiled back at him. "Right, adventure," she agreed.

"All right. Now." Doug looked serious. "You're okay with the Bronco?"

"And you understand my map."

"Well, I'm not the world's greatest mapmaker," he said.

His lips puffed out in a sound of partial amusement. "Yeah, right," he said. "It's about . . . I'd say forty miles or so. Two things to keep in mind. Turn off the main road after you pass the Brandy Lake sign. And most important, keep an eye out for the two Pine Grove signs, one for Pine Grove Street, the other for Pine Grove Lane. You turn right on Pine Grove
Lane
; it's the second sign you'll come to. Got it? The second sign."

He raised his hands, palms forward. "I'm only being a pest about this because we've had to go out searching for a lot of guests who turned right on Pine Grove Street."

"Okay. Good. You have the keys to the cabin?"

"Right. And you understand about the propane tank for the stove. And turning on the water."

"Well . . . I just want to be sure. We won't be there until Wednesday afternoon."

She nodded. "I'll be fine," she reassured him.

"Sure you will," he said. "You'll enjoy the cabin. There's a nice big deck in back that overlooks the forest. Sit there with a drink, you'll love it."

"You'd better be on your way then so you have plenty of light in case you make a wrong turn. Driving up there in the dark can be a bitch."

"Good." He kissed her on the cheek. "We'll see you on Wednesday then."

"On Wednesday." She was silent for a moment. Then she said, "I'm going to say good-bye to my husband now."

"You mean auf Wiedersehen, don't you?" Doug said with a grin.

She pointed the index finger of her right hand at him. "That's up to you," she told him.

She took Bob's hand and led him several yards away, to the other side of the fallen maple tree. She put her arms around him and held him close. "You take good care of yourself now," she said.

"I'll avoid the black bears and the mountain—"

"Stop that," she interrupted softly. "I'm going to be uneasy enough without worrying about wild animals chewing on you."

Bob laughed softly. "Don't be uneasy," he told her. "Doug has backpacked dozens of times."

She sighed. "I don't see you going to the gym very often. Or swimming."

"Your one saving grace." She squeaked as he pinched her back. "Well, anyway, I mean it:
please-take-it-easy
. Don't let Doug push you. He won't do it on purpose," she added quickly, cutting him off. "He might just do it without thinking."

"I will be careful," he promised. "I will take it easy. I will avoid wild animals."

The grip of her arms tightened. "Please do," she said quietly.

After several moments, she drew back and looked at him intently. "Honey, are you sure you want to do this?" she asked.

"I have to, sweetheart. How am I supposed to write a convincing novel about backpacking if I've never backpacked once?"