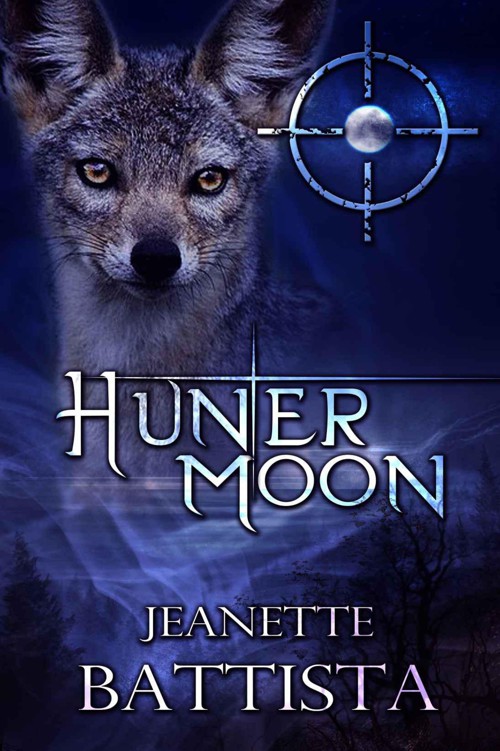 This ebook is licensed for your personal enjoyment only. This ebook may not be re-sold or given away to other people. If you would like to share this book with another person, please purchase an additional copy for each recipient. If you’re reading this book and did not purchase it, or it was not purchased for your use only, then please return to
Amazon
.com and purchase your own copy. Thank you for respecting the hard work of this author.

Discover other titles by Jeanette Battista at
Amazon
.com:

His name was Lukas Jaegar. He was going to make a deal with the devil.

He lit the saltpeter mixture, the dust igniting in the pentacle pattern he had carved into the wood-planked floor. The flames flickered out almost immediately, leaving a burning line of embers that glowed redly in the darkened room. He stepped inside another pentacle, this one drawn in black paint on the hardwood floor. He’d memorized the incantation months ago, but it had taken him some time to get all of the ingredients he would need for the summoning.

He wanted to make sure he got everything right. Being eaten by a demon wasn’t the way he wanted to spend his eighteenth birthday.

He breathed deeply to steady himself. He was in his family’s cabin in the woods. They hadn’t used it in years—not since the nightmarish hunting trip with his father and brother. There was no one else around for miles, which suited Lukas just fine since he couldn’t afford any interruptions. During the weeks of preparation leading up to this moment he hadn’t been worried—there was too much else to occupy his mind. But now that he was here, alone, with the moment of acting upon him, his whole body shook with nerves.

It was too late to turn back, even if he had wanted to. There was nothing else for him now.

Lukas spoke, his voice low and rough. Candle flames flickered on the edges of his vision. His words came faster, as if they were being pulled from him now, as if something else was controlling the spell he cast. He forced himself to slow, to say the words properly and keep his focus on the center of the empty pentacle.

Lukas wasn’t stupid and he had the patience that all hunters had. He merely stood in his own pentacle, staring at the one opposite him. He had waited for hours for a deer to show itself; he could wait a few minutes to see if a demon would appear.

At first there was nothing. Then a sign: a telltale haze around the edges of the candles behind the pentacle. It was like the heat shimmer that he sometimes saw on hot summer days. He waited a few more moments to see if whatever was there would solidify further. Lukas thought it might be playing a game with him; he’d read that demons were cagey and loved to catch humans out. He had no intention of stepping out of his protective pentacle until he knew the thing was banished or had agreed to his terms.

The grin appeared first. It was wide and sharp, and contained a great number of very pointed teeth. The grin was followed by the rest of Zamiel, who appeared in the form of a tall, thin, dark-haired man. His age was indeterminate; he could have been twenty or sixty. His skin was smooth and pale, almost lacking of color, making him look rather dead. He was dressed in a form-fitting black suit.

“Hello,” the demon said, drawing it out in a leer.

“Zamiel?” Lukas frowned at the entity.

“You did call me.” The demon prowled the edges of the pentacle, testing its boundaries, then stood with its arms by its sides in the center of it.

Lukas swallowed hard, a little rattled. He hadn’t actually thought that he’d be successful, no matter how badly he wanted to be. But here was Zamiel, trapped in a pentacle, awaiting his command. Still, in all of the times he’d played the scenario out in his head, he always asked for the same thing.

Zamiel’s left eyebrow lifted. That was the only expression he made.

Lukas stopped, waiting for some other reaction. He hadn’t expected the demon to leap up and clap its hands in joy while singing a jaunty tune, but he had expected a bit more of a response. “Didn’t you hear me?” he asked finally, losing his patience. “I said, I want to make a deal!”

“Oh, I heard you,” the demon said, pausing to examine its perfectly tipped oval fingernails, fingernails that tapered into sharp points at the end. “I’m just waiting for the rest of it.”

Lukas narrowed his eyes. He’d already planned what he was going to say, what to ask for. If he was honest with himself, he’d known for years. He came from a long line of hunters—the men in his family had been great hunters for centuries. And Lukas wanted to be the greatest of them all. Perhaps then his father would look at him again, and actually see him.

His head bobbed once in a slight nod, an unconscious gesture. “I want to be the greatest hunter ever. I want to hunt and kill things no other hunter has ever dared.”

Zamiel steepled his fingers beneath his nose, tapping his index fingers against his lips. “I see.” He paused, his eyelids sliding closed as if he needed to have total darkness to think. Suddenly, they flashed open, spearing Lukas with their glowing power. “And what do you offer?”

Lukas felt like he was falling through infinite space when he looked into those black eyes. Instead of a pupil, there was simply black, no difference between iris and pupil. But the blackness was spangled with glowing white dots, as if Zamiel contained a universe in his eyes. “Offer?” His head felt like it was a balloon, barely tethered to his body.

The demon sighed, then chuckled. Lukas blinked and Zamiel’s eyes returned to a more normal hue. The change brought the young man crashing back to himself. He straightened, reminding himself not to meet the demon’s eyes again.

Zamiel grinned that off-putting grin again. “Yes. Offer.” He waved his hand. “What do I get in return for making you a great hunter?”

“I’m already a great hunter,” Lukas said, his body stiffening at the implied insult. “I want to be the best that ever was or ever will be.” Zamiel would try and weasel out of giving him what he wanted; Lukas had to be very careful in how he phrased things.

Again the dismissive hand wave. “And what is that worth to you?”

Lukas gritted his teeth. He’d called the demon, hadn’t he? It was worth everything to him. “You can have my soul.”

Zamiel’s eyes gleamed frighteningly in the candlelight, their depths swirling with hidden promises or torments. “Very well. I’ll just go standard boilerplate on this one, shall I? I will give you what you ask for and in return, I will take your soul in…three years time.”

Zamiel smiled, sensing Lukas’ hesitation. “Perhaps if I were to show you what I was offering, you’d feel better about the terms?” He made an open handed gesture at the pentacle he stood inside. “If you would release me from this prison, I promise to be on my best behavior until our deal is completed.”

Lukas eyed the demon warily. He was hesitant to release him, even with those constraints. Zamiel might want his soul and be willing to play nice to get it, but could he be trusted? “If I release you to show me your part of the bargain, you swear you will not harm me in any way?”

“I do.” The demon sounded smug.

Zamiel huffed out a world weary sigh that, to Lukas’ ears, sounded vaguely disappointed. A sort of why don’t these kids today trust demons anymore kind of sigh. “I swear that I will not harm you in any way while we negotiate the terms of the contract. Happy?”

Lukas left the protection of his pentacle, walked over to Zamiel’s, and scraped his boot over the outer circle of embers. Zamiel’s form seemed to flux and stretch for a moment, then the tall dark man stepped across the threshold. Lukas stepped back out of his way, but the demon put his hand on the young man’s arm.

“This way,” Zamiel said, and snapped his fingers.

Lukas felt a disconnection to his body. He hadn’t realized he’d closed his eyes until they snapped back open, and he found himself in a glen surrounded by dark woods. It didn’t feel like the woods where his family’s cabin stood; this felt strange and younger, the trees not as tall and thick as the ones back home.

Zamiel stood beside him. “Where are we?” he asked the demon. He had no idea where Zamiel had taken him. He could be somewhere across the world for all he knew.

Zamiel put a finger to his lips. “Watch.” He gestured to the opposite end of the glen.

Lukas did as he was bid, subsiding into silence as a young man came from a copse of trees on the left border. The young man—no more than sixteen—removed his clothes and then dropped to his knees. Lukas watched in fascination as the boy’s skin began to ripple, as his muscles rearranged themselves, as bones broke and reformed, all in the blink of an eye. When the transformation was complete, the boy was no longer a boy.

A Whisper in the Dark by Linda Castillo
All the Shah’s Men by Stephen Kinzer
Marlene by Marlene Dietrich
All the King's Horses by Lauren Gallagher
Type by Alicia Hendley
The Lighthearted Quest by Ann Bridge
Death of a Gossip by Beaton, M.C.
Happy Kid! by Gail Gauthier
Demonica by Preston Norton
Sleeping Jenny by Aubrie Dionne
Our partner