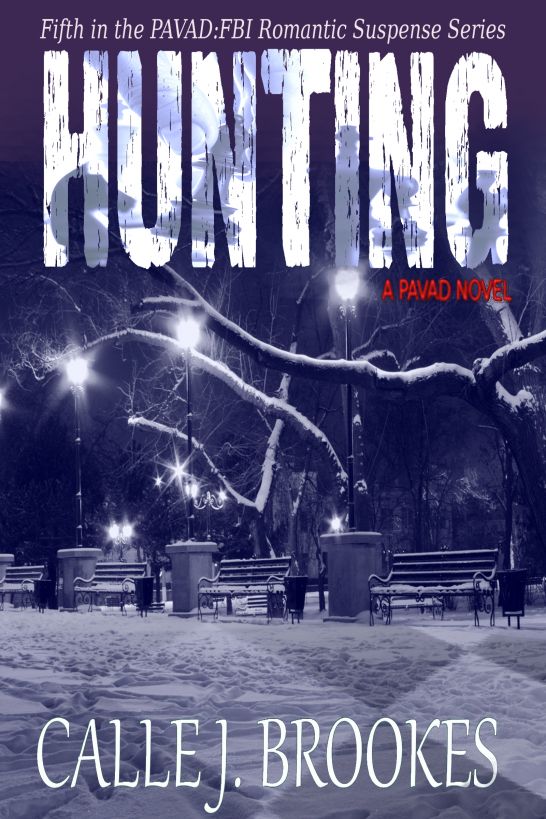 Calle Jaye Brookes is first
and foremost a fiction writer. She enjoys crafting paranormal
romance and romantic suspense. She reads almost every genre except
horror. In her day job she is a fiction content editor for an
epublisher that opened in 2011. She spends most of her time
juggling family life and writing, while reminding herself that she
can’t spend all of her time in the worlds found within books. Calle
Jaye loves to be contacted by her readers via email and at
www.CalleJBrookes.com
. 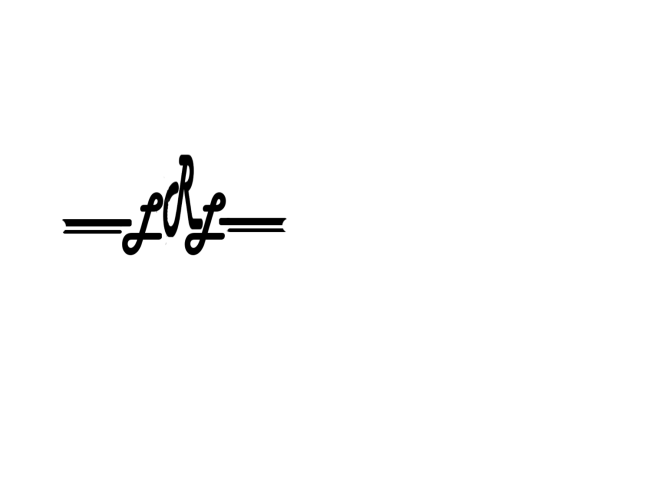 The Lost River Literary name
and imprint are the sole properties of independent publishers Calle
J. Brookes and B.G. Lashbrooks. They cannot be reproduced or used
in any manner; nor can any of their publications or designs be used
without expressed written permission.

This is a work of fiction.
Names, characters, places, and incidents are the products of the
author’s imagination or are used fictitiously. Any resemblance to
actual events or persons, or locations, is entirely
coincidental.

All rights reserved,
including the right to reproduce this book or portions thereof in
any form whatsoever.

For my very own hero. Thank
you for always believing in me.

And for my own kid, who
helps me see the good side of life every single day. I love you,
Stinkerbell!

This ebook is licensed for
your personal enjoyment only. This ebook may not be resold or given
away to other people. If you would like to share this book with
another person, please purchase an additional copy for each
recipient. If you’re reading this book and did not purchase it, or
it was not purchased for your use only, then please return it to
Smashwords and purchase your own copy. Thank you for respecting the
hard work of this author

Jules just wanted to get
away. Just stand up, get out of her chair, and walk out of the St.
Louis bullpen and disappear for a while. A week, a month, maybe
even a year. Maybe forever. Only the knowledge that she didn’t have
anywhere else to go kept her butt glued to the ergonomic chair
she’d pushed up to the edge of her borrowed desk.

Being alone sucked. Working
for the FBI sucked. Cutting up dead bodies sucked. Dr. Malachi
Brockman and his all-knowing blue eyes sucked. It all
sucked.

And Jules could do nothing
about it. And that’s what sucked the most.

She couldn’t leave St.
Louis; her only family lived there, and in the last several months
she’d come to the realization that she couldn’t cut herself off
from family completely. She had that truth knocked into her head
months earlier. And the fist had packed quite a wallop.

She’d almost lost
everything she had left that day, and since that moment Jules had
made a vow to make sure that Georgia and Matthew knew she loved
them. They were all she had left. She couldn’t lose them, and it
had taken Agent Stephenson going nuts and trying to kill Georgia
for Jules to realize she was pushing her friend away. Jules
couldn’t do that anymore.

So if that meant putting up
with the know-it-all Malachi, Jules would do it.

It was his own fault she
disliked him. She knew she was justified in her opinion. He had no
right butting in, sticking his patrician nose into her business.
And then making excuses for himself. “I’m just worried for you,
Julia. It can’t be easy dealing with the type of victims you see
daily, on top of your own tragedy. Hah! No shit,
Sherlock.”

Her tragedy—what did he
truly know of tragedy? Sure, he saw things in the job, but from all
accounts, the great Dr. Brockman had had an idyllic life. Grew up
the oldest of three perfect children, both his perfect parents
still living, scholarships to all the right, perfect schools.
Perfect. Not to mention that he was good-looking and had tons of
money.

Damned psychologist had
everything practically handed to him, and then he had the nerve to
tell her she was acting spoiled. Self-centered.
Self-absorbed.

Just who the heck did he
think he was? They’d not spoken to one another for personal reasons
in the entire time she’d worked in St. Louis, then all of the
sudden she’d looked up from the autopsy reports she’d been studying
to see him staring down at her. Coming to her desk and telling her
she should basically just ‘get over’ her husband Rick’s death and
move on—before she dragged those who cared about her down as
well!

She shot a glare toward the
half-rise where his office was located next to Agent Reynolds’. She
could just make out the dark head of her new nemesis as he sat
speaking with Agent Hellbrook. She wished someone would punch him
in the nose, do something to ruin all that perfection. Even if just
temporarily.

God, how she wished she had
the balls to do it herself. She tightened her fists as she imagined
it.

As if he could read her
mind—and she wouldn’t put it past him, with his three PhD’s in mind
reading and fortune telling and smarm—he looked up and smiled the
smile that he probably thought would get him out of
anything.

Julia snarled. Not with her
it wouldn’t.

Malachi Brockman fought the
urge to laugh in satisfaction as his eyes caught those of the lone
team member still seated in the bullpen his team shared with
Hellbrook’s.

The woman did the damnedest
job of hiding how she felt but occasionally her true feelings would
slip through that mask. Malachi was determined to remove that mask
completely. If she didn’t kill him first. He knew—had heard from
her closest friend—that she had one hell of a temper when it was
aroused. And he knew that was probably exactly what she needed.
Fury, anger, rancor—anything other than the numbing grief she’d let
grip her for the last three years. Nobody deserved to be that sad
for that long. It wasn’t healthy. It would eventually eat a person
alive. He couldn’t let that happen to her.

If that meant she hated him
for the rest of their days, so be it. People had to be in top
mental condition to handle the job they did, and Dr. Bellows wasn’t
in it. She would be—or Malachi would see to it that she was removed
from her position with the PAVAD unit. Until she became more aware
of things around her, he wasn’t comfortable sending her out in the
field. Period. It was too dangerous.

But then again—Hellbrook
felt she was more than capable of the job. Malachi completely
disagreed. He’d seen much stronger agents break under far less
provocation.

“
That’s one angry woman
down there.” Hellbrook made the observation mildly. Malachi
smirked. “What did you do to her?”

“
What makes you think I did
anything to her?” Malachi asked. He didn’t miss the way her
expression darkened.

“
Because the normally
calm-natured doctor is shooting poison glares straight over my
shoulder, directly at you.” Hellbrook laughed again.

“
I did nothing to her to
warrant what she did to me.”

“
Threw a stapler at my
head. And the woman has almost excellent aim.” Malachi rubbed his
shoulder.

“
Sounds eerily reminiscent
of my morning, as well,” Hellbrook said.

“
No. Georgia did. And it
was the television remote. And apparently her aim is better than
Jules’.”

“
Cranky. That woman hates
to be sick.” Worry touched the other man’s eyes for a moment.
“Julia’s been over at the house at least once a day. I don’t know
who is more concerned—Jules, Georgia, or me.”

“
At least George has her
own personal physician.” Malachi watched as she gathered her bag
and then stomped out. Her actual office was down near the morgue,
but she spent many hours in the bullpen.

“
I am eternally grateful
for Jules. She’s been a godsend since this flu’s been making the
rounds. I think Georgia would have killed me if not for
Jules.”

“
So there is some benefit
to the woman.”

Hellbrook’s brow rose.
“Seriously? What is going on with you two?”

“
Nothing of importance.”
Malachi stood, and Hellbrook followed suit. “But I do believe we
shall agree to disagree on the subject of the good
doctor.”

“
Sounds eerily familiar, as
well. I remember feeling a serious bit of rancor toward a woman
with good doctor in her title.”

“
Yes, but in this instance
there won’t be the same resolution. I have no intention of doing
that with Dr. Julia Bellows.” Malachi shuddered at the thought.
Whoever married that woman would have to wear body armor. Two
inches higher and to the left and she’d have broken his nose with
that stapler. “Any part of it.”

So much for do no harm. If
he hadn’t ducked right when he had...Malachi abhorred violence.
There were so many other ways of dealing with conflict. The woman
could have killed him. He made a mental note to avoid being alone
with her until she’d had time to cool down.

In the meantime, he had a
party to host.

To paraphrase, a man in
search of a political career was in desperate need of a wife. And
children. Once he had those—or the start of those children—he could
begin his actual political campaign.

That meant he had to finish
up with Malachi and begin on the next stage of his plan, and do so
rather quickly if he was to meet his first goal. He’d surveyed the
women of his acquaintance, knowing that he had rather little time
to go out searching for a suitable companion for his aspirations.
Not with everything else he needed to accomplish. He’d never been a
very patient man. Why should he be? He shouldn’t have to wait for
anything. He was not a man who waited. Period.