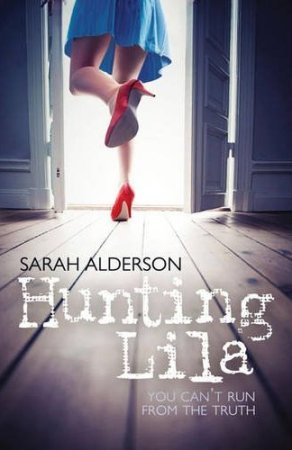 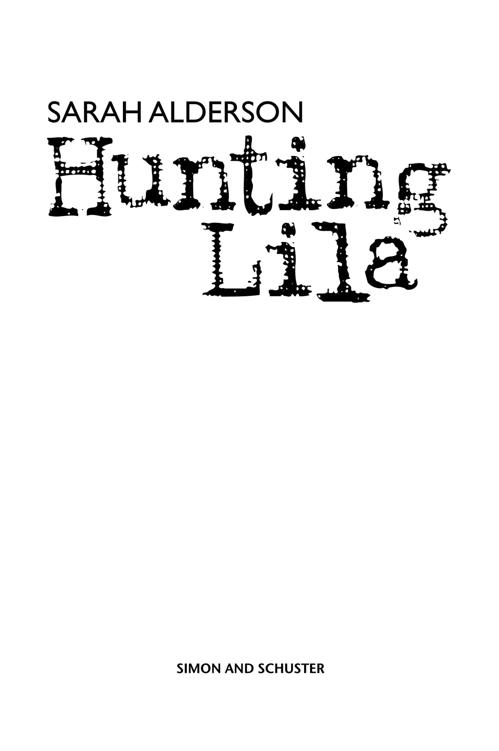 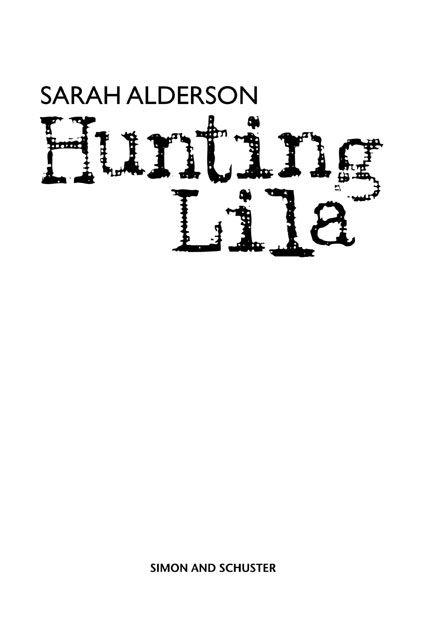 First published in Great Britain in 2011 by Simon
and Schuster UK Ltd, a CBS company.

The right of Sarah Alderson to be identified as the author of this work has been asserted by her in accordance with sections 77 and 78 of the Copyright, Design and Patents Act, 1988.

This book is a work of fiction. Names, characters, places and incidents are either the product of the author’s imagination or are used fictitiously. Any resemblance to actual people living or dead, events or locales is entirely coincidental.

Only when the tip of the knife started to shave against the white of his eye like a scalpel about to pierce a boil, did I realise that I was the one holding it.

Or, rather,
controlling
it.

The three of us stared mesmerised as the knife hung there in the jagged space between us. The boy, whose arms were locked around me, and against whose eye the blade was now pressing, let go of me, his arms dropping like a puppet’s whose strings had been cut.

And then I felt it. The weight of the knife in my mind. And the blade clattered to the pavement.

I couldn’t take my eyes off it, just lying there, like a prop someone had arranged in front of me.

The scramble of metal hitting brick made me raise my head. Both boys were back on their bikes, kicking at the pedals, trying to get a grip on the narrow pavement. They collided as they tore off down the street but kept their balance, bikes weaving down the centre of the road, before disappearing around the nearest corner.

I was on my knees. The thrum of traffic from the main road ten metres or so away cut into me, interrupting the sound of someone nearby choking on barbed wire. I spun my head left to right to see where the noise was coming from, then realised it was coming from me. I bit down on my lip to stop it, then stood up slowly.

A jolt of pain in my right leg snapped me back into the present. I looked around uncertainly, trying to place myself. It took a while before I realised I was standing on the corner of my street. My tights were ripped and laddered where the front wheel and handlebars of one of the bikes had smashed into me. A tinny noise escaped from the headphones dangling around my neck, and my right hand was still clutching tightly at the school bag they had tried to snatch.

Maria wasn’t there when I got home and neither was my dad. He wouldn’t be back for another week or so. The house was as echoey and cold as an empty fridge. I put the chain on the door and leant against it, taking a deep breath. Then I hobbled to the downstairs bathroom, lifted the toilet lid and threw up until there was nothing left but stringy green bile. My hands were shaking so hard they were blurring against the white of the porcelain. I sat back against the wall, hugging my knees to my chest, trying to steady my breathing.

I couldn’t use it again – whatever kind of freaky mind power
it
was – that much was clear. But I had had no intention of using it in the first place – it had just happened, unconscious as breathing. Except breathing had never led to nearly blinding a person, I didn’t think. I was out of control. Dangerously out of control. With just a flicker of thought, without moving an inch, I could have squeezed that blade through the white of that boy’s eye as easily as slicing through a soft-boiled egg. A wave of bile swung up my throat again. I ground my teeth and swallowed it down.

Up until this moment this
psychic weird moving things without actually touching them ability
had been a secret. Something I’d wrapped up and bound tightly to me like a deformed extra limb – a sixth finger; a third arm. Not something I particularly felt like showing off. Yet now two complete strangers knew about it, one of whom I’d almost blinded.

I sat there in the humming dark, waiting for the knock on the door from the police or the men in white coats. Maybe I would just go with them. Clearly I was too dangerous to be walking the streets of south London. Possibly I was unhinged. Definitely I wasn’t normal.

I waited and waited, shivering on the floor, but the knock didn’t come.

Eventually, I unclasped my hands from around my legs and stood up, resolved. I had to regain control. I wouldn’t use it again, ever. As in,
never.

I wouldn’t use it to open doors, to turn on lights or pop the toaster – and I
certainly
wouldn’t ever use it again to defend myself against teenage muggers. If I could possibly help it.

I was going to go cold turkey. It was either that, or a future in orange overalls.

I splashed some water on my face and into my mouth and looked up to see myself in the mirror, pale and shadowed as a corpse. Except a ten-day-old corpse would probably look better. My hair was a tangled blonde mess and my lips so white they merged with my skin. I looked down at my legs and, leaning on the sink, carefully peeled off my ripped tights. A bruise about the size of my palm had turned the right side of my thigh an interesting shade of black. It looked gruesome and mottled against the paleness of my skin. I touched it lightly and flinched. I could feel the hardness of congealed blood under the surface. I tested my weight on it – and screamed. I looked back at my reflection, shuddering back a sudden onslaught of tears. I wanted my mum. I wanted Jack. I wanted him to come and rescue me just like he had when I was five and had broken my leg. I wanted my brother, simple as that. OK, truth be told, I really wanted Alex. I wanted my brother’s best friend every bit as much as I wanted to see my brother, and then some.

Heathrow’s Terminal Five was an immense vault of whiteness. It was close to midnight. I stared at the frozen departures board, willing it to come to life so that I could get on the plane right now and not in six hours’ time, because by then my dad might have found out that I’d stolen his credit card and the odds were that he’d try to ground both me
and
the plane.

I sank into a seat, feeling something like despair shroud me. Or maybe it was outright panic. I was going to have to come up with a believable story for both Jack and my dad. The email I’d sent Jack was not going to cut it. I’d written him just one line saying:

Surprise! I’m coming to LA. My flight gets in at around midday. Lila x.

But what believable explanation could I give?

I almost stabbed someone in the eye with this weird mind power I have. Is it OK if I come stay with you?

That would go down about as well as me telling him that I’d been in love with his best friend my entire life.

I took a deep breath. I was in so much trouble. So I did what I always did in times of stress, I unpacked every Alex memory from where I’d filed them in the most accessible part of my brain and started to slot them together like puzzle pieces.

The day I broke my leg – that was the day I’d fallen in love with him. He may have only been nine, I may have only been five, but it was definitely that day. I had steered the sledge into the tree, or Jack had pushed me into it. But the bone poking like a pencil through my skin was still one of my best memories ever because alongside it was the memory of Alex’s face as he’d wrapped me up in his red parka. He’d lifted me back onto the sledge and towed me, with Jack’s help I guess, half a mile to the nearest adult. That was definitely the day.

After that, my next memory was of all three of us in the garden of our old house in Washington DC. It was cold. I knew that because I could see the ice crystals on the ground, and the thwacking sound of the shovel hitting frozen earth still echoed loud and clear in my head. I must have been about seven because the hamster had been a present from my parents for being brave about my leg two years before. The hamster had lived ‘a long, happy and carefree life’, Jack had intoned from his position at the head of the grave. I remembered also the tissued ball that Alex, standing next to me, solemnly lowered into the hole they’d dug out with the neighbour’s trowel. I remembered the feeling of hot tears running rivulets down my cold cheeks and the hotter hand he’d placed in mine. He hadn’t said anything, just held my hand until I stopped crying.

Without any warning, my mind jumped to another memory, this one from five years ago, a darker echo of the previous one. I was twelve years and three days old in this one. I knew that for a fact because it was seven days after my mother had died and we were at her funeral. Alex had held my hand then, too. For practical reasons really, since my dad, who should have been doing the job, was not keeping it together very well, and was at that moment on his knees by the hollow grave, sobbing. A tangle of well-meaning arms surrounded him. Jack was a blur at the edge, before he backed out of the press of people and took off. Alex, I realised only now, must have chosen to let him go and stay with me instead.