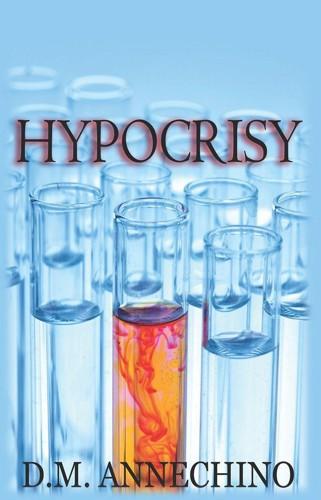 No part of this book may be reproduced, or stored in a retrieval system, or transmitted in any form, or by any means, electronic, mechanical, photocopying, recording or otherwise, without the express written permission of D. M. Annechino.

They Never Die Quietly
Resuscitation
I Do Solemnly Swear

This book is dedicated to my Uncle Bob DiMarco, who’s been more of an older brother than an uncle. He’s a guy with strong opinions on everything. He loves a cold beer on a hot summer day, has a great sense of humor, and he makes the best frittata in the world. He’d be near perfect if he’d just give me his Greek hot sauce recipe. But he won’t.

When he pressed the pistol against her temple, Dr. Lauren Crawford remembered something she’d heard many years ago. At the exact moment before death, when the end is inevitable, your entire life passes before you. She’d always believed it was a legend, but now she knew the truth. She saw herself playing hopscotch in front of her home with Teresa, her best friend. She could see herself on her tenth birthday riding a Shetland pony at the State Fair. A giant Ferris wheel spun slowly in the background; the smell of cotton candy filled the air. She remembered her high school senior prom, Bobby Hanford, the purple orchid corsage, her first kiss. She could see her dad, lying in a coffin, his skin pale, cheeks sunken, feeling inconsolable and torn to pieces. Then there were memories of Christmas, her favorite time of the year. She envisioned herself helping her mom decorate the entire house, hanging wreaths and garland and red and green stockings above the fireplace. She recalled writing her name on the steamy windows while the fragrance of a slowly-roasting turkey teased her senses. But then, the vivid memories froze and all she could see was a splash of red light.

In an instant, total darkness.

The call came in to the 911 line from a Yankee fan who had parked his Mustang next to the victim’s Camry. He never would have noticed her slumped forward in the back seat had it not been for the blood spattered on the back and side windows. Amaris Dupree, working out of the 40
th
precinct in the south Bronx, was the first homicide detective to arrive on the scene. Five CSI officers and the M.E. were already on site, each one performing their assigned duties. Dupree got a glimpse of the body and felt a familiar pang of discomfort. She’d learned to conceal her uneasiness well, but she couldn’t fool her queasy stomach.

Except for a few seedy characters Dupree had met over the years, conniving for an invitation into her bed, most people wouldn’t call her beautiful. But walking the streets of New York, she still managed to turn a few heads. Of course, most guys weren’t checking out her face. Someone once referred to her as strikingly attractive. She liked that title. It was original.

“Were we able to ID her?” Dupree said to CSI John Butler, her hands perched on her hips.

He shook his head. “Whoever ruined her day must have taken her personal items—purse, briefcase, whatever. The only thing we found was a bloody nail file.”

“Nope. Gunshot to the head.”

“Has the M.E determined time-of-death?”

“Between eight and nine p.m.”

“Seems odd that no one saw anything at such an early hour. This is a pretty busy ramp garage, no?”

“Remember that Yankee Stadium is only two blocks away,” Butler said. “And the Yanks played the Red Sox last night. My guess is that the garage was full of Yankee fans’ cars and she was killed during the game. And believe me, no way
any
Yankee fan would leave a Red Sox game before the last strike.”

Dupree thought about that. “Makes sense.” She pointed to the rear of the car. “I-HEAL. Interesting vanity plates. Must be an MD or someone in healthcare.”

“Did you call in the license plate?” Butler asked.

Dupree cocked her head to one side, her wavy auburn hair resting on her shoulder. “Really, John? Did you
really
just ask me that question?”

“Guess I should know better by now.”

“If it was a mugging,” Butler said, “she must have really pissed him off. Who the hell steals someone’s purse and blows out their brains?”

“Assholes do,” Dupree said. “And so do speedball addicts whacked out of their gourd. It’s amazing what a strung-out junkie will do for ten bucks.”

“T.J. should be here any minute. You know him. Always likes to make a grand entrance.”

Dupree, wearing latex gloves, carefully opened the back door of the car. She had no intention of disturbing anything; that was a job for forensics. She just wanted to get a visual of the body to see if anything struck her. She removed a small flashlight from
her pocket and leaned into the back seat, cautious not to touch the body or any other surface. At five-foot-ten, with breasts any pole dancer would be proud of, she could feel the strain on her lower back as she stood hunched over. Most women envied her generous endowment, but combined with her height, rarely could she stand in front of any man and have them look her in the eyes.

She turned on the flashlight and illuminated the victim’s face. The entry wound was at her temple and the skin around the area looked charred, suggesting that the assailant had pressed the gun against her head. By the irregular shape of the wound, it appeared that the killer had fired more than one shot. Dupree closed the door and went around to the other side of the car to look for an exit wound. Slowly, she inched the door open, careful not to disturb the position of the body. Dupree saw no physical evidence of an exit wound or any sign that the bullets were anywhere in the interior of the car, which meant that the killer likely used a small caliber, low velocity handgun and the bullets were lodged inside the victim’s head. When Dupree pointed the flashlight at the seat, she noticed an inordinate amount of blood. She looked over her shoulder at Butler, wanting to share this information with him, her eyes opened wide. He and two of his colleagues seemed more fascinated with checking out her butt than doing their jobs.

Years ago, when she’d been heavy into Yoga, her instructor, a pencil-skinny-gal named Divia, told Dupree that she was blessed with a “perfect pelvic tilt.” When she asked Divia to explain, she’d said, “You have a beautifully-shaped ass, my dear. I’d give my right arm for a rear-end like yours.” Between the boobs and the butt, they’d always made her feel somewhat self-conscious. When she’d made detective, the first thing she did was to buy a half-dozen
pant suits to downplay her attributes. She rarely removed her jacket—even when the temperature flirted with triple digits.

By the disgusted look on Dupree’s face, the boys got the message and went about their business. Butler just stood there and shrugged.

“He was an asshole all right,” Dupree said. “He shot her in the head—execution style.”

“I’ll get a sample of the blood and get it to the lab,” Butler offered.

“You’re going to need two samples,” Dupree said. “There’s a significant amount of blood on the seat and based on its proximity to the body and where the blood is spattered, I don’t think it’s the victim’s. Hopefully, it’s the perp’s blood and he’s listed in the FBI DNA Index System.”

Aside from his “man-behavior,” Dupree respected Butler not only for his competence and dedication, but for his sensitivity, a rare quality in the homicide division. Most of her colleagues, particularly longtime veterans, had become unaffected by the shock and horror of murder. Other than Butler, few of her workmates seemed fazed by bodies so badly beaten they made visual identification impossible. Some could even stomach brutalized children without showing the slightest sign of anger or disgust. Dupree wasn’t sure if this apathetic attitude was a self-preservation technique designed to hide and protect their true feelings, or perhaps years of dealing with homicides had made them callous and indifferent. For how many years can a person be subjected to murder and unimaginable cruelty without developing immunity to it? Dupree swore that if she ever felt untouched by violence and death, it would be time for her to seek a new career. Even after five years in homicide, she still felt that twinge of nausea whenever she looked at a lifeless body, and she struggled to conceal
her emotions. Ironically—and this fact always puzzled her—she loved her job.

The sound of squealing tires brought Dupree’s thoughts back to the business at hand. She saw two black and whites and a black Chevy Suburban come to a screeching halt. More troops were on the scene hoping to find a clue—any clue—that might give them a lead. Dupree’s partner, however, still hadn’t shown up.

When T.J. and Dupree became partners six months ago, she felt an immediate connection, and guessed one reason was because they had something in common: They were both minorities in the homicide division, taking refuge in the same foxhole. T.J. was the only African-American and Dupree the only woman. Cops, by nature, were notorious pranksters and “The White-Boys-Club” targeted T.J. and Dupree often. Their pranks were always edged with racism and sexism. One time, on T.J.’s birthday, he found a beautifully wrapped present on his desk. Inside was a copy of
Little Black Sambo
with a note that said, “
Couldn’t find a copy of Tar Baby, so we thought this would do
.” At Christmastime, her first year as a detective, Dupree found mistletoe hanging above her chair decorated with tampons. The note scribbled on her notepad said, “
Merry Christmas. You’ve always got the rag on so we didn’t want you to run out
.”

But Dupree and T.J. didn’t take the abuse from their fellow detectives without recourse. For Wells’s fifty-fifth birthday, he got a sample bottle of Viagra. And Parisi, noted for his inability to unscrew the cap off a bottle of ketchup, wasn’t pleased when he received a four-pack of Ensure Muscle Milk for Christmas.

She got along well with T.J.; he was a good cop with great instincts, but their partnership lacked intimacy. Sure, on a professional level, they were totally connected. They were two forces pulling in the same direction. But on the personal side, they were strangers. Their relationship just didn’t fit the mold for two cops who spent fifty or sixty hours a week together.

He firmly grasped her hand and cranked on her arm as if he were pumping water from a well. “Just transferred from the 122
nd
in Staten Island.”

“Lucky you. Welcome to the real world.”

“Anything I can do to help?” Moretti asked.

Dupree perused the concrete ceiling, turning her head a hundred-eighty degrees. “Find out who monitors security for this garage and get me copies of all the surveillance tapes for the last 24 hours.”

Bound by the Viking, Part 3: Consumed by Delilah Fawkes
Fifth Quarter by Tanya Huff
Trainstop by Barbara Lehman
Three Ways to Capsize a Boat: An Optimist Afloat by Chris Stewart
Spirit On The Water by Mike Harfield
The Warrior's Beckoning by Patrick Howard
Clutch of the Demon by A. P. Jensen
ROMANCE: Billionaire Romance: All Yours (Sexy and Funny Romantic Comedy, Mature Young Adult Romance) (The Billionaire Next Door Book 1) by Violette Paradis
LASHKAR by Mukul Deva
The Final Act (#4 Bestselling Spotlight Series) by Taylor, JS
Our partner