Read I Do Solemnly Swear Online

I Do Solemnly Swear 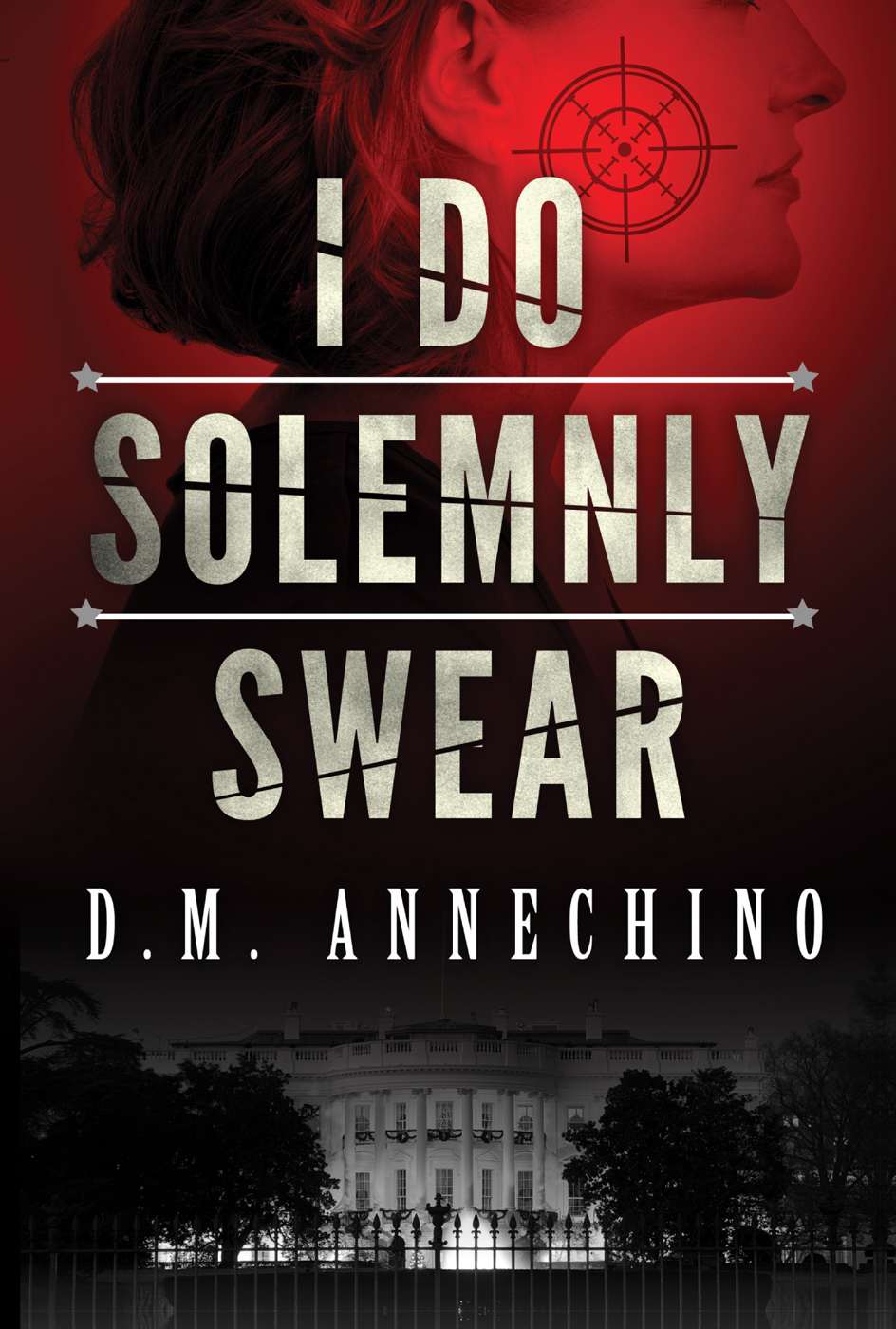 In memory of my longtime friend, John Plakus, a jack-of-all-trades, race-car enthusiast, freethinker, and a lover of good bourbon. He was truly a nice guy who left us way too soon.

Olivia Carter – Executive Assistant to the Chief of Staff

Kate recognized the voice on the phone; she spoke to the chief of staff regularly. She could even see Charles McDermott’s squinty eyes and that nervous twitch. But his shocking announcement didn’t immediately register. It was almost as if he were speaking a foreign language.

Gripping her stomach, she shuffled across the room and glanced out the third-story window, the cordless phone pressed to her ear. Except for the faint whine of a distant siren, the streets were still. There was a heavy fog in the air, and the halogen streetlights looked out of focus, like pale-yellow balls of cotton. Kate’s legs were trembling, and her stomach—always subject to an unwelcome assault—felt as if it were ablaze. Her voice, barely a whisper, broke the early morning quiet. “What happened, Charles?”

“It appears to be a heart attack.”

How could this be?
Just yesterday she’d jogged with the president, and Kate’s five-foot-ten frame could barely keep pace with him. “Are you sure?”

“That’s what Dr. Weinberg suspects. We won’t know for certain until they perform an autopsy.”

The word
autopsy
drew a horrifying image in her mind: she could see President Rodgers’s lean body lying on a cold stainlesssteel table, a man in a white lab coat standing over him with a scalpel poised above his chest. Kate’s sky-blue eyes blurred with tears.

Kate heard a woman’s voice in the background. She guessed it was the First Lady. “Elizabeth must be a wreck.”

“She’s remarkably composed,” McDermott said. “She asked to see you.”

Kate glanced at the wall clock. “Tell her I’m on my way.”

“A car should be there directly.” For a moment, there was silence. “I expect complete chaos, Kate.”

Yes
, she thought,
complete
chaos
. “Have you contacted Walter Owens?” Owens, Speaker of the House, staunch Republican, was Kate’s most formidable political opponent. They’d had heated conflicts from the moment she’d been elected vice president. At the mere thought of his rotund body and that insolent smile, the muscles at the base of her neck twisted into a knot.

“It was my next call,” Charles McDermott said.

“Tell him to meet me at the White House.”

“Anything else, Madam Vice President?”

Kate dropped the telephone on the end table and collapsed onto a chair. She combed her fingers through honey-blonde hair, recalling the long road to the White House. Former secretary of state Hillary Clinton had forewarned Kate about Washington politics. Clinton had told her in the most forthright manner that the male-dominated Congress would try to eat her alive. They had tried. Oh, how they’d tried. But somehow—either due to her midwestern stubbornness or her tenacious nature—she survived. Once deemed impossible, a woman had finally assumed the role
as second-in-command, piercing through the impenetrable male fabric of Washington. She imagined how Congress might feel now that the former governor of Kansas would soon occupy the Oval Office.

Peter walked into the den, mumbling under his breath. Obviously, she’d interrupted his sleep. Her husband didn’t enjoy being awakened, except when Kate was feeling amorous, which lately wasn’t very often. His robe was untied, and she could see his middle-age paunch. She looked at his red, swollen eyes. Another broken promise. Back in Kansas, he had been a brilliant litigator. But in DC, no matter how many opportunities presented themselves, none met Peter’s standards. Alcohol was his convenient crutch for failure.

“Insomnia?” he asked. An appropriate question. Kate had always been a nocturnal creature. A copy of
Gatsby
, dog-eared on page 122, sat faceup on the ottoman.

“David had a heart attack.”

Peter didn’t even flinch. “How bad?”

She almost couldn’t answer; the words hung in her throat. “He...didn’t make it.”

Perhaps because her announcement didn’t quite register, Peter seemed to dismiss this consequential event as if it were an unpleasant weather report. But then it appeared that he was jolted by the reality of Kate’s announcement. “I can’t believe this. I’m so sorry, Kate.”

Kate’s head was spinning, but she managed to stand and negotiate her way to the foyer. When she opened the door, the ghost-white face of Albert Cranston peered at her. She looked down at him; she was a foot taller than the director of Secret Service.
Two agents stood behind him. One of them, Agent Tom Walsh, a young, sturdy African American, had been exclusively assigned to the president. What was he doing here?

Katherine Anne Miles, still disoriented and numb, had enough sense to realize that Tom Walsh was exactly where he was supposed to be.

The overweight security guard raised the gate and waved the black limousine forward. The driver pulled up to the front door of 1600 Pennsylvania Avenue. Dressed in government-issued black suits, crisp white shirts, and charcoal ties, a group of Secret Service agents teemed around the car like a pod of orcas attacking a blue whale. If they had been wearing sunglasses, they could easily have passed for the cast of the movie
Men in Black
. As Kate stepped out of the backseat, she noticed a group of people gathered in the section of Pennsylvania Avenue closed to vehicles. She could hear their melodic chants. Some carried signs, waving them in the air. Kate couldn’t comprehend what they were doing at this early hour. Did they know about President Rodgers? She couldn’t imagine that someone had leaked privileged information. But this was Washington, and the communication network was like no other. The president couldn’t even get a haircut without it making the front page of every newspaper and blog across the country.

She looked up at the massive white pillars supporting the canopy roof of the White House entrance. They reminded her of the Pantheon in Rome, one of her favorite places in Europe. She hadn’t vacationed in Italy in over a decade and couldn’t believe it had been so long. Since entering the political arena, she had little time to do anything but focus on her career.

With a silent nod of acknowledgment, Chief of Staff Charles McDermott ushered Kate through the double doors. The White House had the eerie feel of a mausoleum, and Kate, sensing the poignant irony, felt a chill shiver through her body. The halls were dimly lit, and as they walked down the main corridor, it appeared endless, like looking through the wrong end of a telescope. With the exception of two janitors busily mopping floors and Secret Service agents hustling about, the White House was all but deserted.

McDermott and Kate passed four agents huddled at the foot of the stairway. As Kate walked past them, she felt peculiar. Their chatter tuned down to whispers, and they appeared to be sizing her up in a predatory manner. She couldn’t decipher the garble but knew they were gossiping about her.

She walked swiftly, her long stride and rapid gait making her hair bounce on top of her shoulders. McDermott’s five-foot-four frame had to jog to keep pace with her. And this amused Kate.