Read I Love the 80s Online 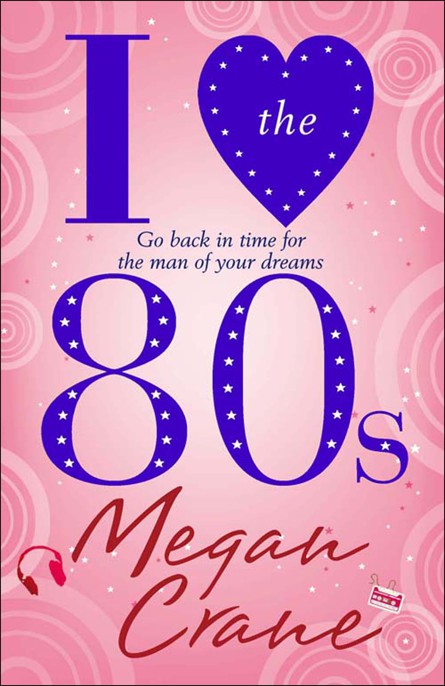 Megan Crane
is a full-time writer and she lives in Los Angeles with her husband and various pets. Her most recent novel is
Everyone Else’s Girl
.

‘A hugely enjoyable novel with brilliant, convincing characters and dialogue. It’s romantic, funny, intelligent, believable and gripping. I couldn’t put it down’

‘Crane’s style captivates and brings the story to life’

‘A fresh, upbeat read … explores what it’s like finally to have it out with that friend we love to hate’

First published in Great Britain in 2011 by

The moral right of Megan Crane to be identified as the author of this work has been asserted in accordance with the Copyright, Designs and Patents Act, 1988.

Thanks to Julie Barer – for everything, again and always. Thanks also to Caspian Dennis in the UK. And to Charlotte Clerk and everyone at Quercus for loving this book the way I do.

Thanks to Louise Austin and Jon Reinish, for all things 80s in NYC. Any mistakes are mine.

A million thanks to Louise Austin, Josie Torielli, Kim McCreight, Liza Palmer and Kristin Harmel – for reading the first draft and being so excited about this crazy idea.

To Jeff Johnson for being such a great storyteller, time-travel nitpicker, reader, husband, and champion. Always.

And to all my favourite Eighties bands for the music. All that wonderful music.

Crystal blue and deep bone shine
My complicated Valentine
Lucky penny, lucky penny
How can I make you mine?

‘Oh, Jenna,’ came the sad voice from the doorway, making Jenna Jenkins jump in her chair and nearly spill her afternoon latte all over her keyboard – right in the middle of a gripping online throw-down on the Eighties Band Fans Forever Bulletin Board regarding the endless controversy over
which
mascaraed Eighties-era keyboard player was the hottest in 1985.

She did not have to look up to know that it was her best friend and favourite co-worker Aimee who stood there in the doorway of her office. The strength of Aimee’s concern could no doubt be felt all the way down the wet stretch of Times Square in the summer rain outside the windows. It made Jenna’s shoulders hunch up closer to her ears.

‘I’m fine,’ she said automatically, moving the still-steaming venti latte to a less precarious spot on her cluttered desktop. She clicked out of the Bulletin Board and looked over at her friend. She forced herself to smile
brightly, though she doubted either one of them was fooled. ‘I mean, hi. How are you?’

Aimee sighed, and moved further into Jenna’s office. She looked around as if she’d never seen the dark little cave before, when Jenna knew the truth was that the mess probably kept OCD Aimee up at night.

Jenna pushed back from her desk and looked around herself, trying to see whatever Aimee saw that made her frown so ferociously, with her eyes so sombre. But she could only see her normal, everyday office. It was small and not even remotely neat, with files spilling out from the cabinets and four seasons’ worth of an emergency wardrobe hanging off the coat rack near the door or piled in heaps on the floor.

‘Okay,’ Jenna said. ‘Granted, I could probably clean this place up.’

Aimee shook her head slightly, and faced Jenna as if she’d been plotting out what to say in her head. Jenna felt unease snake down her back. Because there was really only one subject Aimee ever
plotted out
how to approach, and Jenna didn’t want to talk about it. Still. Eight months later, and she
still
wanted nothing at all to do with that topic. Much less the memories that went with it.

‘I guess I never really paid attention to how much you’ve, uh, gotten back into that whole Eighties obsession of yours,’ Aimee said, the compassion and worry in her voice making Jenna’s stomach hurt. She waved a hand at the walls, inviting Jenna’s inspection, as if Jenna hadn’t decorated them herself, and didn’t know exactly what hung there.

‘I wouldn’t call it an
obsession
,’ Jenna protested. ‘A keen interest? Maybe. A certain focused enjoyment? Sure.’

Aimee pressed her lips together and looked around the office, leaving Jenna no choice but to do the same. She saw what she always saw: pure Eighties perfection. The office was decorated exactly the way her bedroom in Indiana had been when she was a twelve-year-old girl, almost twenty-five years ago. She’d had it that way for years – although, in truth, over the past few months she had dug some more classic pieces out of the collection of posters she usually kept in storage.

A huge, six-foot poster of Tommy Seer from the Wild Boys dominated the wall behind her desk. She pivoted around so she could better appreciate Tommy’s glowing green eyes and full, sensual mouth. She sighed happily, her automatic response and the reason the poster was
behind
her, because she would otherwise never get any work done at all. Her gaze travelled across the rest of the wall, where smaller posters of the band, and close-ups of Tommy’s gorgeous face, hung anywhere else there was space. She had a whole separate wall dedicated to other Eighties loves, like Duran Duran and Wham!, but it could be argued that Jenna’s professional environment was a shrine to Tommy Seer.

Much as her adolescence had been.

She failed to see why that was an issue.

‘Remember that guy Mark?’ Aimee asked in an offhand, casual sort of voice that Jenna knew better than to let
fool her. ‘The one Ben and I set you up with after the Fourth of July party?’

Jenna had to fight not to roll her eyes. Aimee and her husband Ben were wonderful in every respect except this one: they believed that no one could possibly be happy single, especially Jenna, especially after The Unfortunate Event That Could Not Be Named. Hence the constant stream of blind dates and set-ups, in some misguided attempt to ‘get her back on the horse’, a direct quote from Ben. If Jenna said no, she had to withstand further emotionally taxing conversations like this one – so she usually gave in and simply went on the dates. She was convinced these exercises in social humiliation might, in fact, kill her one of these days, if she didn’t kill herself – or Aimee – first.

‘Which one was Mark?’ Jenna asked, trying to exude patience and calm. ‘Was he the alarmingly morose fitness instructor who wanted me to train for a half-marathon for, quote, the good of my soul? Or the pompous male nurse who lectured me on my dairy intake and made me buy a copy of
Skinny Bitch
after dinner?’

‘Mark is a consultant.’ Aimee shook her head as if Jenna’s words wounded her. Personally. ‘And he’s
nice
, Jenna. He’s a really nice guy.’

‘Oh, right. Mark.’ Jenna rolled her eyes this time, because she knew all there was to know about
nice guys
, thank you. She’d been close to marrying one once, hadn’t she? Not that she was talking about that! ‘The consultant – whatever that means – with such a busy, busy corporate
life that he hasn’t had time to read a book since the mid-Nineties, right? What a winner.’

Aimee crossed her arms over her chest and looked as if she was fighting for patience. Jenna pretended her teeth were not on edge, and her shoulders were perfectly relaxed.

‘We had him over for dinner last night, and asked him why he never called you again,’ Aimee said. Her voice was too kind. Much too kind. Jenna braced herself for the inevitable blow. ‘And do you know what he said?’