Read I Wish I Had a Red Dress Online

I Wish I Had a Red Dress 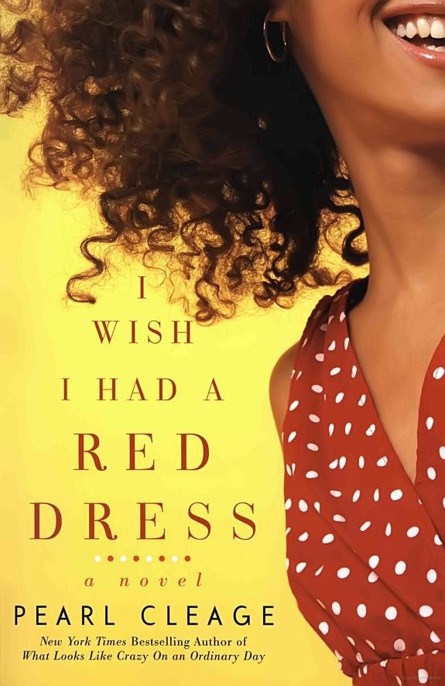 “And I further swear that the members of the Guild of Free Amazons shall be to me, each and every one, as my mother, my sister or my daughter, born of one blood with me, and that no woman sealed by oath to the Guild shall appeal to me in vain.”

“We are family/
I got all my sisters with me.”

—Sister Sledge, “We Are Family”

HarperCollins e-book extra:
A Reading Group Guide to
I Wish I Had a Red Dress

9. Another Kind of Test

24. Best Of All Possible Worlds

25. Getting Better All The Time

45. The Problem with Surrender

57. By Any Means Necessary

58. The Specificity of Snowflakes

HarperCollins e-book extra:
A Reading Group Guide to
I Wish I Had a Red Dress

An Excerpt from
What Looks Like Crazy on an Ordinary Day. . .

I never cared much about clothes. My basic requirement is comfort, which automatically cuts out high-heeled shoes, push-up bras, panty hose and strapless evening gowns, but could theoretically still leave room for a range of colors, fabrics and even a stylish little something or other for special occasions.

The
convenience
of all black used to appeal to me. I loved the fact that I could reach into my closet and know everything I touched was going to match everything else I touched with
absolutely no effort on my part, but it can be a little depressing sometimes. Even to me.

I didn’t consciously start wearing black as a sign of mourning, even though at some
subconscious
level, I probably did. My husband, Mitch, died five years ago, which is when I really started noticing it, but he was just the last of a long line. My father passed when I was sixteen. My mother committed suicide on my wedding night a year later. My son got hit by a car walking home from school when he was six and my daughter didn’t make it to her first birthday. I think she was the hardest one for me to deal with because I barely got to know her and she was gone.

It was just the opposite with Mitch. We’d been together since I was fifteen and we were so close I made the mistake of thinking we were the same person until he fell through that hole in the ice and drowned and
I didn’t die
, even though for a long time I wished I had.

My baby sister, Ava, says it’s hard to keep your body looking good when you know nobody’s going to see you naked. She could have added that when you know your primary audience
when clothed
is preschoolers, some distracted teenage mothers, a few retirees and a government bureaucrat or two, it’s equally difficult to get up much enthusiasm for earrings that dangle and skirts that swirl like you’re standing in a little breeze even when you’re not.

I’m a social worker. I used to be a teacher. Then one day I looked around and realized that what I was teaching and the way I was teaching it were completely irrelevant to my students’ real lives. They were just ordinary kids from around here; young and wild and full of the most complicated human emotions and not nearly enough facility in any language to articulate those feelings
to each other or to anyone else. But one day I saw them,
really saw them
, and everything changed.

It was a public high school and my classes were coed, but it was the girls who kept drawing my attention. There they’d be, balancing their squalling babies on their hips in the grocery store, slapping their toddlers at the Blockbuster, rolling their eyes and tossing their extensions, considering exotic dancing as a career option, falling in love with the wrong guys, being abused, getting AIDS and steadily having kids the whole time, and they were so absolutely confined and confused by their tiny little fear-based dreams that I looked out at them one day while I was trying to teach a poem by e. e. cummings, and they broke my heart. I started crying and had to dismiss the class so I could get myself together.

That’s when I knew there had to be a better way to communicate with these girls than the one I was using. I decided that finding that better way was going to be my life’s work because I don’t think a group of people can survive if the women don’t even have enough sense to raise their children.

That’s why clothes are usually the last thing on my mind. Black pants and a black turtleneck without applesauce showing anywhere are about the best I can hope for at the moment, but somehow I can’t get that red dress out of my mind.

The intensity of the orgasm shook me awake and I called his name out loud.

Once my heart slowed down, I looked at the clock—five-thirty. The sun wasn’t even up yet. Plenty of time for a fast forty winks. I pulled the covers over my head to see if I could will myself back to sleep and was hit full blast by the loamy smell of my own pleasure.
Sweet Mitch.

This was a good sign. He always comes to me like this when I’m getting ready to do something really important. Sort of like a kiss for luck. It’s not the only time I dream about him, but it’s the only time the dreams are X-rated. I don’t know why. I don’t try to conjure him up this way, but I don’t kick him out of bed either.

I used to feel guilty about it and then one day I thought, well, hell, if the widow can’t ease her permanent heartache by self-pleasuring in her sleep to dreams of her late husband, then what’s the poor woman to do? It’s not like I took a vow of celibacy or anything. It’s just that Idlewild is a very small town and all the men are old enough to be my father or young enough to be my son, or they used to go fishing with my husband and trying to date me just makes them miss him more. So I make do with the memories and a little self-pleasuring every now and then.

By now, I’m pretty much resigned to the ways things are, but sometimes when I think about the fact that I’m only forty-something and there is a very real possibility that I might never make love again,
I can’t breathe.
But just for a minute, then I’m okay.

I might as well get up. It was going to be a long day. I had to drive over to the state capital and try to buttonhole enough bored politicians to make sure they vote to fund the proposal I’d spent the last three months of my life working on. I knew it was a long shot. They think the girls in my program are a bunch of wild women whose insanity does not deserve the support of Michigan’s hardworking taxpayers, but I’ve seen the changes these girls can make in their lives once they have a working definition of what it means to be a
free woman
and that’s the whole point, right?

This is one of those moments when I really miss my sister, Ava. She did a lot of fund-raising with me, but she and her husband, Eddie, are spending the next couple of months traveling around the country in a little camper. They got it from one of the old guys up here who hadn’t used it in years but who couldn’t stop talking about the good times he had with his wife when they drove it to California every summer
back in the day.

My daughter, Imani, went with them. I miss her a lot, but Ava and Eddie are her parents as much as I am, even if my name is the only one on the adoption papers, and they wanted to take her as much as she wanted to go. I’m flying out to meet them when they get to San Francisco and we’ll all drive back together. Hopefully, by that time, I’ll have raised the rest of the money we need to keep my program open, but
from where?

Sister Judith would probably remind me that the beginning of doubt is the end of faith. I hate it when she says stuff like that. There’s something about her
certainty
that makes me want to argue even when I agree. Plus, discussions of faith always make me nervous. Not that I’m cynical. Just realistic.

Here’s what I believe: Life is much harder than anybody can possibly tell you, but it doesn’t matter because even if they could, you wouldn’t believe them and what good would it do anyway? You’ve still got to get up in the morning and figure out how to spend the next sixteen or seventeen hours before you can legitimately go back to bed, pull the covers over your head and rest up for the next round, which is what I was busy doing when Mitch woke me up with the memories.

Not that I’m complaining.
No way.
There are a lot worse ways to greet the day than being warmed by memories of the sweetest love you ever had.
Trust me.

Everything You Want: Everything For You Trilogy 2 by Orla Bailey
The Black Mountains by Janet Tanner
Lure by Rathbone, Brian
The Red Velvet Horse (Siren Publishing Allure) by Iona Blair
Fabulous Five 001 - Seventh-Grade Rumors by Betsy Haynes
His Kind of Girl: A Love Story by Jai Amor
One Word From God Can Change Your Family by Kenneth Copeland, Gloria Copeland
Sexual Healing by Allison Hobbs, Cairo
Seaglass Summer by Anjali Banerjee
Small-Town Nanny by Lee Tobin McClain
Our partner