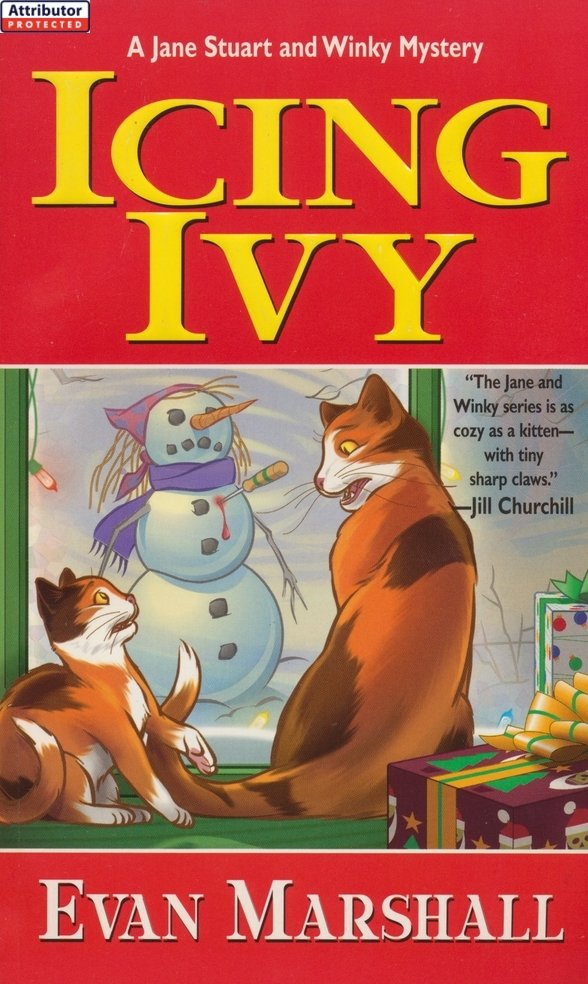 ICED
“What is it?” Jane asked. “A rock?”
Wordlessly, Stanley approached the shape, knelt down, and brushed away some of the snow. To Jane's surprise, a bit of bright red was revealed. She frowned, puzzled, and went closer.
Stanley, intent on what he was doing, brushed away more snow. Suddenly Ivy's face was looking out at them, her blue eyes open, staring, her cheeks bright red.
“Oh, my God,” Jane gasped, and grabbed Stanley. “It's Ivy. Is she . . .”
“Dead.” Stanley nodded.
Jane began to cry. “This is horrible. Poor Ivy.”
Stanley was brushing away more snow. He stood, turned, and took Jane in his arms.
“She must have come down the trail for some reason and not realized she'd reached the pond and fallen,” Jane said. “She must have hit her head on the ice.”
“Jane, Ivy's death was no accident. I'm sorry, I don't want to have to tell you this, but you might as well know now. She's been stabbed.”
Jane drew in her breath. “Stabbed?”
He nodded. “With a small, sharp instrument. If I'm not mistaken, an ice pick . . .”
Books by Evan Marshall
MISSING MARLENE
Â
HANGING HANNAH
Â
STABBING STEPHANIE
Â
ICING IVY
Â
TOASTING TINA
Published by Kensington Publishing Corporation
I
CING
I
VY
E
VAN
M
ARSHALL 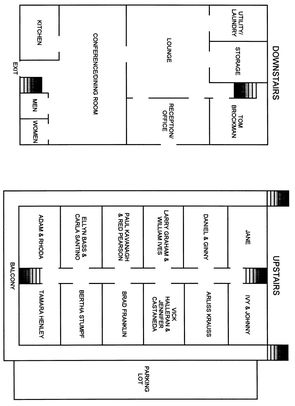 Gina Cresse - Devonie Lace 05 - A Deadly Change of Luck by Gina Cresse
Luna the Moon Wolf by Adam Blade
The Last Firewall by Hertling, William
Night of the Demon: Paranormal Romance (Devon Slaughter Book 2) by Alice Bell
The Fall of Tartarus by Eric Brown
Photo Finished by Laura Childs
Fifty Shades of Black by Arthur Black
The Darathi Vorsi Prince (Song of the Swords Book 0) by Tameri Etherton
A Fox Between the Bear's Sheets by Snow, Jenika
Her Devoted Vampire by Siobhan Muir
Our partner