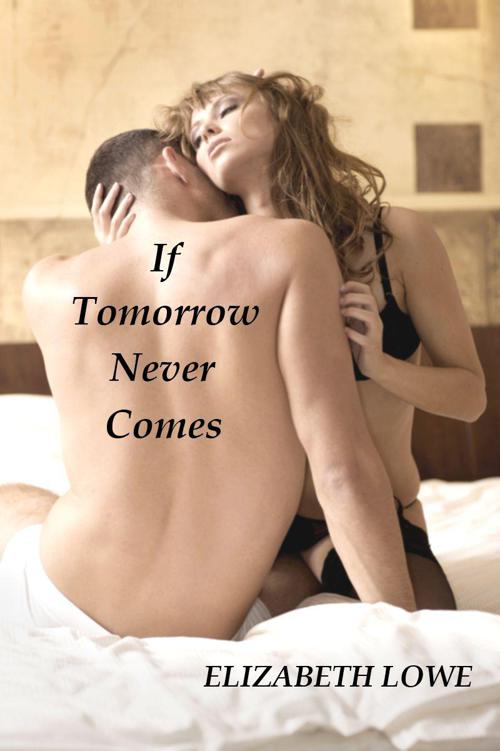 Jordan
knocked the secret code upon a graffiti covered door all the while questioning
the necessity considering an occupants piercing eyes peering through the window
had been scrutinizing her approach.

Head
pivoting in multi directions, eyes on full alert penetrated the darkness as she
held her breath nervously perusing the eerie surroundings.

An
unexpected gasp interrupted thoughts of escape when the door suddenly squeaked
open.

Barely squeezing her slender body
through the slight opening, she cautiously stepped inside only to come to an
abrupt halt against a wall of a man who instantly ripped the brown paper
package from her hand.

Though
experience should have cautioned her, she made the mistake of taking a step
beyond her boundaries, an advance thwarted by a sizable black hand.

Despite layers of tattered, mix-matched
clothing, she felt his thick nails biting into soft flesh.

Repulsion rising high, scalding her throat,
awakening gagging impulses, made her desperate to tear free and scream at the
top of her lungs while bulging eyes framed by a wide face radiated contempt and
disgust.

Satisfied with his intended
intimidation massive muscles turned the six-foot beast and directed him toward
a door across the room.

The
bastard had nerve, Jordan steamed, swiping at the perspiration dripping from
her forehead,

No man ever dared to
touch her.

No man ever would again she’d
made sure of that.

Seconds ticking loudly in her ears steadily
increased her anxiousness as she awaited dismissal; time well spent surveying
her environment.

Typical of those seen
nightly, the dimly lit room was barren except for a dilapidated table containing
a scale, and various sized plastic pouches alongside mounds of white
powder.

Behind the table were four men,
their piercing eyes directed toward her, that wore surgical gloves and clothing
that exposed scars on one or more body parts most likely inflicted by knives,
chains or bullets.

Clad in
leather and denim, faces, necks, and arms tattooed, despite their appearance,
they were no longer threatening, not God or even the Devil himself frightened
Jordan.

Perhaps
though, as the door to an adjoining room swished open to allow the black man
passage, then closed, the fragrance of expensive cologne wafting in the air
awoke a smidgen of barely recognizable apprehension apparent in Jordan’s
stiffening stance, her sudden anxiousness to escape.

With
the direct stare of the four men making her increasingly impatient, human
nature demanded an escape plan.

Gold
eyes flicked to the cracked walls, the twin windows dressed with torn, smoke
stained shades, the ceiling ready to cave in any minute, the two doors several
feet away leading to the unknown.

Born
no dummy, Jordan knew she didn‘t stand a chance.

It was the middle of the night, no moon, the
only sound, a dog barking from a distance.

There were no streetlights; the bulbs perpetually shattered by thugs who
claimed this area a long time ago, several blocks divided among drug lords that
allow no one but their own to cross the invisible boundaries.

So convinced were the police that only a
lunatic would enter the south side of Chicago during the day let alone at
night, they had ceased all patrols.

Therefore, i
f one of the varmints
decided to attack her, her screams would go unanswered.

No one would ever know what happened to her,
no one would find her body, no one would care, reasons why Jordan felt safer
outside in her environment than inside with the slime measuring her.

Hastily tearing open one end a
well-manicured, pinkie nail scooped the white gold and raised it to his
lips.

A snake like tongue darted for a
taste, the remainder sniffed up a channel of his nose.

Glaring at the black man, “Get that bitch to hell out of here, her
stench is making me ill,”

Obedient and extremely well
paid, his bodyguard moved to grant his masters wish.

For the umpteenth time, Jake’s
trained eyes quickly scanned the assigned areas where his team held positions
awaiting a signal.

Like the intricate
workings of a clock, everything was going as planned.

After months of undercover investigation and
the complex planning of the raid, to his relief the moon and stars were
cooperating by hiding behind a blanket of clouds.

Under surveillance was a small house surrounded by
others in the same deteriorated state.

Buildings so close together, the pathways so littered with garbage he
was confident his team would have sufficient cover and for the first time Jake
dared to believe, the conditions were signs of good luck.

Glancing once again the green glow from his
watch informed him it was three A.M.

It
was now or never, he decided.

A burly
hair covered arm swiped at an abundance of perspiration dripping from his
forehead and blurring his vision.

Whether it was the hot, humid evening or the fact that after two years
he was finally closing in on Scorpio, he did not know, but one thing was
certain everyone acquainted with Jake knew it was not due to fear.

No one moved, no one breathed.

Though considered a
mean son of a bitch, Jake was the best of the best.

A leader among men who, despite the odds had,
successfully accomplished impossible assignments, organized more victorious
raids, busted more drug rings, sent more men to prison than anyone in Chicago's
history of drug enforcement.

It didn't
matter that he had a rotten disposition, few friends, no wife, or family, or,
that most thought him to be the Devil's advocate all too ready and willing to
comply.

A straightforward honest man
Jake, never expected more than he was willing to give, and always took the
risks to protect his team from danger.

Brains and guts ruled him, the formula necessary to be a good DEA
officer the reason no one refused an assignment to his team.

However impossible he was to work with and to
please; plain and simple, Jake never lost an officer.

The summer air was thick with
anticipation when Jake finally gave the signal that broke the barriers of
hell.

With precision, a pair of officers
crashed through two front windows.

Flanked
by a team member, Jake's body slammed into the front portal where without
hesitation, firing two shots into the plaster ceiling, he yelled, “DEA!

Don't move, you're under arrest.” Turmoil
broke out as one on one officer's tackled men greater in size foolish enough to
attempt an escape.

Despite the loudness of the shuffle,
in the background Jake’s voice could be heard shouting, “Stop or you're a dead
man.”

In a blink, there was a bang, a
streak of red, gray smoke puffing from a red-hot cylinder.

Jake's precision shot had sprawled a man on
the floor, a stupid bastard that did not listen or he wouldn't be oozing blood
from a hole in his heart.

Not in the least did the chaos
hinder Jake's keen senses.

Out of the
corner of his eye, he saw a doorknob move.

Having smelled his adversary’s unmistakable fragrance engulfing the
room, Jake was certain he had the yellow belly Scorpio trapped.

Eyes glued on his men cuffing three captives
lying on their stomachs on the floor secured by a foot between their shoulder
blades, he eased backward toward the door.

Go ahead, make my day, and there will be a four inch hole in the back of
your skull,” a young man yelled while locking cuffs on a body of brawn.

Assured his team’s attention was on this
business, Jake was confident no one would notice him open the door.

At last, he'd be alone in the dark with his
enemy.

One hand gripping the doorknob,
the other holding a gun cocked to fire, Jake hoped it wouldn't be
necessary.

The bastard was going to pay for everything
he'd done, everything he'd taken, oh, yes, pay indeed, Jake fumed, suffer the
most agonizing torture known to man.

Besides, he wasn’t
worried, not in the least the maggot wouldn't fight, wouldn't break a nail or
muss his hair, or wrinkle a ten thousand dollar suit.

So positive was he, releasing the pressure on
the trigger, Jake boldly entered a . . .

It was pitch black, the rank-smell
so gagging he held his breath as his gaze plummeted to a huddled pile of
rags.

The dim light through the slight
opening of the door exposed golden nugget eyes spread wide in defiance as if he
were an intruder in its domain. Stomach retching from the rancid air, as if a
skunk had released its defensive mechanism; Jake coughed to clear his lungs,
and then jerked back quickly slamming the door to avoid the lethal odor.

Oh, there was something in the closet all
right but, to his exasperation, it wasn't Scorpio.

Disappointment, frustration, and pure
unadulterated anger rushed his senses. Spinning around, “Check the other rooms,
God Dammit,” his barking orders scattering his men like flies.

As Billy cautiously opened another
door and fired a warning shot into the air, the only thing escaping was a
strong whiff of cologne.

Dumbfounded,
eyes shifting from one to another, five DEA officers huddled over an escape
hatch in the floor.

Aware of what
awaited their announcement; ranting, swearing, smashing of everything in Jake's
way, each wondered who would be brave enough to make the report.

It would be Billy.

From the first day of his assignment to the
team, Jake favored the lad.

It didn’t
matter that Billy was the youngest; he was street smart and one hell of a scraper,
the only one to date, brazen enough to go head to head with Jake.

When Billy informed his hero suspiciously,
Jake calmly accepted the explanation, and then simply ordered the group to the
precinct with their captives.

True, his enemy escaped this time, but thanks
to tonight's events, he felt closer than ever before.

At last, he had the next best thing, a
courier.

How perfect, he mused, as pride
swelled his chest, to be the only one who knew the courier existed, trapped in
the closet.

It took diminutive effort
envisioning the many ingenious methods he would use to secure the information
he craved.

In the end, one way, or
another, the cowardly swine would talk.

With glorious moments of revenge entertaining
his mind Jake lingered watching, the area become cordoned off, the forensic
crew bagging and tagging evidence that left a fine, black film clinging to
everything.

Police photographers
snapping pictures of the deceased before during and after being zipped into a
black bag and carried out on a gurney.

A
time when smoking one cigarette after another, supercharged mentally and
physically, like a caged animal, Jake paced the crude dirt littered floor in
front of the closet.