Read If You Dare Online 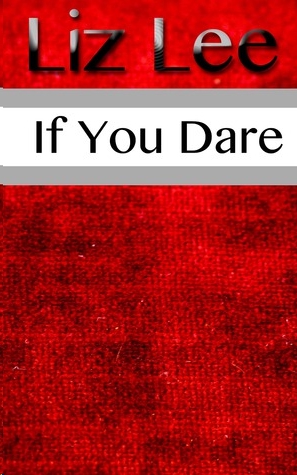 ©Liz Lee 2012 ALL RIGHTS RESERVED. This book contains material protected under International and Federal Copyright Laws and Treaties. Any unauthorized reprint or use of this material is prohibited. No part of this book may be reproduced or transmitted in any form or by any means, electronic or mechanical, including photocopying, recording, or by any information storage and retrieval system without express written permission from the author / publisher.

This is a work of fiction. Names, characters, businesses, organizations, places, events and incidents either are the product of the author’s imagination or are used fictitiously.  Any resemblance to actual persons, living or dead, events, or locales is entirely coincidental.

The brown box on the front porch beckoned as Cordelia Lewis raced from her backyard garden just in time to see the UPS truck make the turn off her street. It was terrible when a grown woman felt disappointed because she missed saying hello and thank you to the delivery guy.

But he was so cute. And she was so bored. Besides, she just wanted to look.

Her flimsy, fabric sunflower-covered straw hat fell forward as she bent to retrieve the box, and she smiled as she pushed it back and read the return address.

She closed her eyes and almost laughed out loud as she pictured her flamboyant sister with her bottle red hair and next to nothing clothes. As outrageous and crazy as Cordelia was conservative and proper. And she loved her more than anyone in the world.

Pushing the door open she took a second to let the air-conditioned coolness wash over her. And then she practically ran to the couch to open the package.

Smoothing her skirt, Cordelia pulled the box onto her lap and ripped the tape away. Inside red silk grabbed her attention.

Cordelia pulled the material out and shook it, watching as a piece of paper fell to the floor.

Less than a minute later, Cordelia knew. But she couldn’t believe it.

She read the letter again, this time making sure she hadn’t made a mistake.

I know you’ve got your garden, but you said it yourself, it’s dead.

I know you’ve got your cat, but Sprinkles can stay with Mom and Dad.

A dare out of boredom. Complete with a sexy dress and a ticket to Vegas for one week. An invitation to stay and take care of her sister’s condo while she vacationed in Cancun with her latest conquest.

Cordelia felt her heart beat faster at the very idea, and she reached down to pet Sprinkles as the cat brushed against her legs. Could she? Did she dare?

She looked at the dress again and closed her eyes remembering how only a few minutes before she’d stood in her garden and felt just like the dried, withered tomato vines. How she was sick to death of peppers and onions.

How her mother called asking her to please volunteer for the summer reading program again this summer, and how she really didn’t want to. How Chandler’d hinted at making their relationship more than just friends, and how she’d avoided him since.

Against her better judgment, Cordelia looked at the dress again.

Oh Lord, she wanted to wear that dress. But she didn’t wear dresses like this. Irene did. Irene, the exotic dancer, her fun in the sun sister.

Not her. She taught English. She did everything to make her father proud, to try and make up for the fact that she didn’t want to be a lawyer. That she actually liked RC Cola, Moon Pies and fried pickles.

She closed her eyes again and let her fingers run over the soft silky material. It felt so good. So cool and clingy. So foreign. So bad.

Oh boy. She exhaled slowly as her heart rate sped up.

She pushed the box aside and stood, holding the dress in front of her.

Yep. It was tiny. Miniscule. Barely there.

Not her at all.

She pushed her glasses back up her nose and shrugged out of her hat, shirt and skirt as she slid the dress on.

Fun. Flirty. A little silly. But not bored. Not a bit like herself.

Cordelia ducked into the airport ladies room and resisted the urge to pull her skirt lower. She’d tried that once with nearly disastrous results. Fortunately the grandfatherly man sitting next to her the entire flight hadn’t seen the top of the dress follow the skirt.

Lord knows she didn’t want to give anyone a heart attack.

She looked in the mirror and took a deep breath.

Her sister, Irene, was right. No one knew her here. No one was watching to make sure she stuck to her good girl image.

This was a true escape. A chance to be as wild and crazy and impulsive as she ever wanted to be. If she dared.

This morning when she slipped the dress on and felt it against her bare breasts, she’d felt sexy. When she put her hair up in a black clip and let tendrils fall around her face, she’d felt daring. When she applied the crimson lipstick instead of the natural gloss she usually wore, she’d felt alluring.

For all of ten minutes.

By the time she stepped out of her car at DFW, she wanted her favorite lilac covered skirt and matching purple cardigan. Or even better, her burnt orange University of Texas sweats.

Because Cordelia Lewis did not do sexy. She didn’t wear come-and-get-me clothes. She was smart and nice and calm.

After all, she’d spent an entire lifetime following in Irene’s extremely bright shadow, and there was simply no use in trying to go that route. Instead, she’d perfected her good girl image to an art form.

But right now, the woman looking back at her wasn’t good. And she sure as heck wouldn’t be caught dead wearing burnt orange sweats or a cardigan.

Cordelia took a deep breath and winced at the cleavage that simple act exposed.

She could do this. She just had to pretend to be her sister. This was stage fright. A case of nervous jitters.

She needed this escape. For once, she wanted to be beautiful and desirable. She wanted cleavage!

She wanted to be everything she wasn’t back home in Texas. And this was her chance. No more covert glances at the UPS delivery driver.

She reached into her small bag and pulled out the lipstick she’d paid way too much for at a Dallas mall. Slowly, she reapplied the smooth color and forced a smile at the stranger looking back at her.

For such a good girl, Cordelia Lewis definitely looked bad. And for one week, she could be anything and everything she secretly dreamed about.

Joe Sterling stood outside the Delta baggage area and checked out the arrival schedule once more before looking down at his watch that let him know it was late in Vegas, London and New York.

The luggage had already gone around twice, and a little girl with yellow ribbons in her hair had stepped on his toes both times.

If anyone other than Irene had asked him to do this, he would’ve said no, but Irene was Irene. And they had so much in common. They’d both escaped small town living and made it in the big city.

And they both felt protective of their little sisters.

He looked at his watch again and wondered if he should ask at the service desk if Cordelia Lewis had even made it on board.

She definitely hadn’t walked by. He’d never met her, but he’d seen enough pictures to know her if she did.

As he moved away from the luggage, a bright flash of red caught his eye. And when he turned toward that flash, he couldn’t contain his appreciative smile. The wait was worth it.

Watching Cordelia Lewis approach was like watching a live action billboard for all night fantasies and silken sex.

She didn’t even seem to notice the way people turned to watch her.

This was the shy little sister Irene had insisted he show around town? As Joe watched her walk, he shook his head.

Thank you, Irene. Sending silent gratitude to his absent neighbor, he moved forward to greet her oh so sexy sister.

“You must be Cordelia. Irene’s told me quite a few stories about you.”

After what looked like a moment of startled indecision, she smiled at him and grasped his outstretched hand. “And you must be Joseph. The nice neighbor Irene’s always telling me I should meet.”

Joe felt the heat from her hand radiate through his body, and as she spoke, he revised his first impression. Cordelia Lewis was walking, talking sex. Her voice with its soft inflections and deep accent reminded him of hot nights making love back home in Oklahoma.

He almost forgot to speak.

He cleared his throat. “Joe. You can call me Joe.”

She tilted her head and brushed a black curl back behind her ear. “Well, Joe then.”

Her voice was soft, low, warm. Seductive. He bet she practiced that tone.

“So Irene described me as nice, hm?”

Her eyes were green. A deep ivy color. He noticed as she sent him a flirty little smile that matched her flirty little dress. “Well, nice was just one of the words she used to describe you.”

Joe’d spent hours in fun banter with Irene. They’d teased each other relentlessly about their small town roots and their quests for something more in Vegas. How they’d never fit in until they’d found the big city.

But those countless hours were nothing compared to one teasing comment from her sister. And he wondered if she was flirting with him or if it was only wishful thinking on his part.

He realized he was just standing there, waiting for her to say something more, waiting to hear her voice again. Not exactly the way to impress a lady like this. And he definitely wanted to impress her.

“Tell me which luggage is yours, and I’ll get it while you let me know some of the other words Irene’s used to describe me.”

He hoped she didn’t hear the way he had to clear his throat before speaking.

She followed him to the nearly empty baggage turnstile and pointed at two sleek black cases monogrammed with her initials.

“Last time I talked to my sister, I seem to remember the words great neighbor, lawyer, driven and success. All important to her.” She paused, let her eyes flick over his body in what felt like slow motion. “But she left out killer smile.”

Oh yeah. The lady was definitely flirting. And he was definitely interested in seeing what happened next. “Killer smile, huh? So, is that a good thing?”

He felt her laugh radiate through him the same way her handshake had. “I’m still standing, so yeah, I guess it is.”

They climbed in his SUV and Joe turned to her as he started the ignition. “Last time I talked to Irene she told me you were a little on the shy side. Maybe you better not believe everything Irene’s told you about me.”

That secret smile played on Cordelia’s lips, and Joe resisted the urge to touch them with his thumb as she answered teasingly. “Oh, you never know. I might be shy.”

Blame It on the Champagne by Nina Harrington
Latin America Diaries by Ernesto Che Guevara
Daughters of Lyra: Heart of a Prince by Felicity Heaton
Irresistible Fear by A. Meredith Walters
dontjudge06242014aRe by Unknown
In Denial by Nigel Lampard
Right Brother by Patricia McLinn
Zombie! by Alan MacDonald
Reckless Nights in Rome by MacKenzie, C. C.
Fixer-Upper by Meg Harding
Our partner