I'll Sing for my Dinner 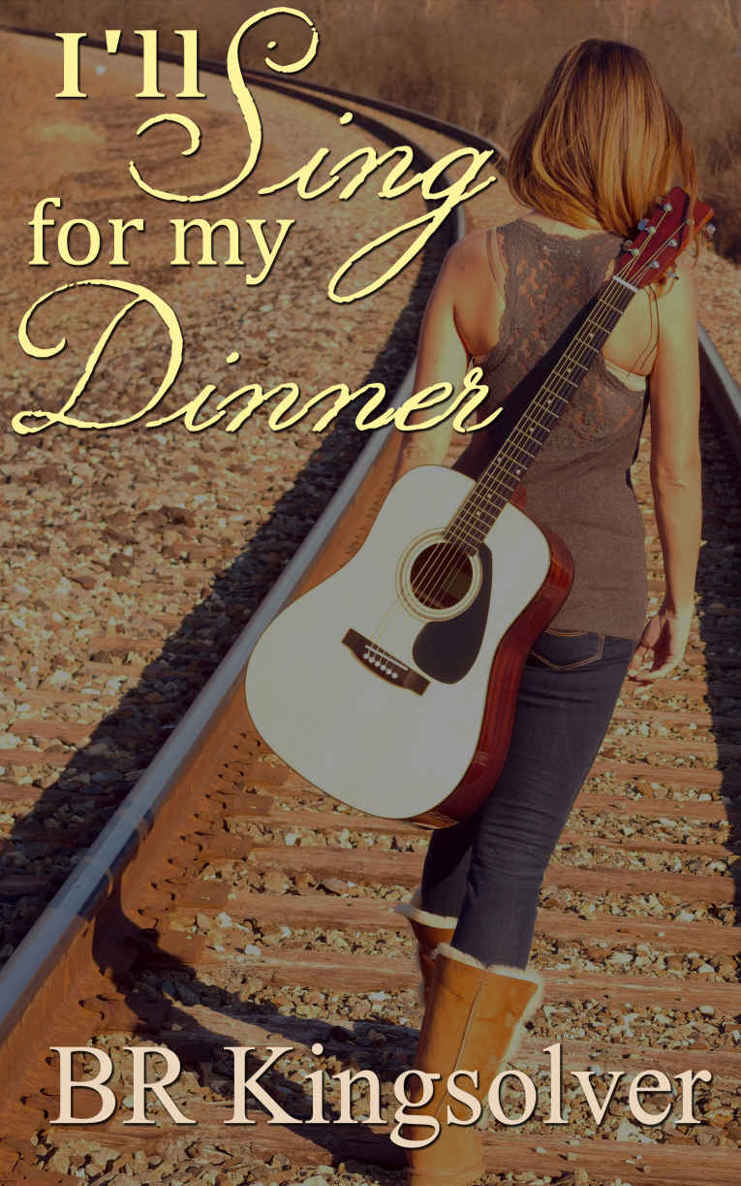 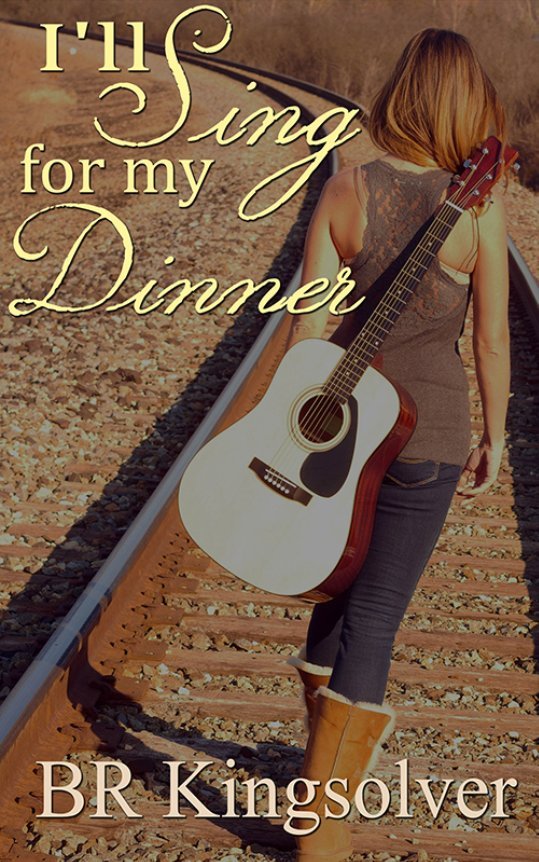 I’ll Sing for my Dinner

Valentina, as always, for your time, encouragement and edits. Mia Darien for the cover art, edits, comments and suggestions. A special thanks to Alicia, Alexandra, Angela, Cassie, Christy, Chelsea, Gretchen, Jackie, Jane, Jenna, Jolene, Rebecca (Bec), and Toni for reading my drafts and offering advice for some very difficult material. The book is much better due to your help. To all of you, a sincere thank you.

Gifts of the Goddess: The complete Telepathic Clans Saga

This ebook is licensed for your personal enjoyment only. This ebook may not be re-sold or given away to other people. If you would like to share this book with another person, please purchase an additional copy for each recipient. If you’re reading this book and did not purchase it, or it was not purchased for your use only, then please return it and purchase your own copy. Thank you for respecting the hard work of this author.

I’ll Sing for my Dinner

A pickup truck pulled up in front of the bar and stopped. It looked like Luke Sowers in the driver’s seat. The door on the other side opened, but I couldn’t see who got out. Then the truck pulled out again, the tires throwing gravel, and sped off.

What was left, standing in the parking lot, looked like a hippie. A girl, with a backpack and something else. She shouldered the pack, picked up what I now could see was a guitar case, and headed for the door. Apparently, she was a hitchhiker and he dropped her off at my place. Thanks, Luke.

Making her way through the door, she came straight toward me instead of taking a seat at one of the tables. The sign by the door said ‘Seat yourself,’ so I wondered what in the hell this was all about.

Stopping in front of me, she looked up into my face and asked in one of the most beautiful voices I’d ever heard, “May I speak to the owner, or the manager?”

The voice was a surprise, like a flower blooming in the desert. Her face was a shock. For all the grime, she was beautiful. Not pretty, but the kind of beauty you see on the covers of magazines. Long stringy greasy hair fell past her small breasts. She was thin, too thin, with a look in her gray eyes I hadn’t seen since coming back to the States, a combination of shell shock and hunger. The overall impression she projected was fragility. She came up to about my shoulder and I wasn’t sure she was old enough to be in a bar. What in the hell was she doing hitchhiking alone?

“I’m Cecily,” she said. Turning, she looked around the room. The Roadhouse is a pretty typical bar with a bandstand at the end opposite the door and an area cleared for dancing. It was six-thirty in the evening, and we had two families with kids, about half a dozen couples, and two groups of four cowboys, all eating dinner. On a Wednesday night, that was pretty good. On a weekend, we did a lot better, and lunch was usually packed.

Turning back to me, she licked her lips and then said, “You have live music in here.” It was a statement, not a question. I nodded. The bandstand with the microphones and amplifiers made that pretty obvious.

“We have a band start at nine on Thursday, Friday and Saturday nights,” I said.

“Do you ever have live music for your dinner guests?”

I gestured to one of the speakers on the wall. “We use canned music.”

“Mr. McGarrity, I don’t have a red cent to my name, and I haven’t eaten in two days,” she said. “I’ll play for your guests in exchange for a meal.”

My God. The raw, naked hope in her face was almost too much for me. My eyes blurred a little bit. People tell me sometimes that I’m a soft touch. I figure that charity never hurts the giver. I was going to feed her. There was no way I was going to turn someone away after they approached me like that.

“What kind of music do you play?” I asked.

She shrugged. “I can play anything. For dinner music,” she gestured toward the customers sitting at the tables, “something soft and relaxing, loud enough to be noticed, but not so loud that people can’t carry on a conversation. People’s behavior is different with live music, you know. They stay longer after they finish their meals and order more drinks.”

In addition to the beauty of her voice, her accent was cultured. This girl was raised with money, or at least well educated. And she hadn’t been on the streets long enough for her vocabulary to degenerate. She didn’t even speak like a normal kid.

I took a deep breath, and then she said in a rush, “Let me just play a couple of songs. Okay? Before you decide. Please? And then, if you don’t think it’s a good idea, I’ll go.”

Go where? Go out and stand beside the highway with her thumb out? Just the thought of her hitchhiking, getting in strangers’ cars and ending the night raped and dead in a ditch, scared the hell out of me. If I read about her in the newspaper tomorrow, I’d never be able to forgive myself.

Nodding, I said, “Let’s hear what you’ve got.” I pulled a menu out from under the bar and pushed it across to her. “Give me your order, and you can play until your food is ready.”

Looking down the menu, she raised her head. “I don’t want you to think I’m taking advantage. Could I get the baked flounder and a salad? Is that too much?”

“What kind of dressing on your salad?” I answered.

“Put your backpack over there,” I said, pointing to a corner behind the bar and off to the side of the kitchen door.

She dropped the pack there, and as she passed me, I got a whiff of her. She and her clothes hadn’t been washed in far too long. Taking her guitar case up to the bandstand, she pulled out a beautiful Martin D45 with an electronic pickup. She could hock the guitar for enough money to get anywhere in the country, and eat well besides. The way she handled it, I had a feeling she’d starve to death before that happened.

Plugging into an amp, she checked the tuning on the guitar, flipped on the power, and hit a note. She turned the volume down, pulled a stool up to the edge of the bandstand and sat down.

I watched as she fitted finger picks on her right hand, and I wondered exactly what I was about to hear. All of her movements were efficient, practiced. She had played for audiences before, and she didn’t show a shred of nervousness.

I went and turned off the canned music and nodded to her. Most of my customers glanced her way, and some turned and watched her. Everyone was curious. I knew all these folks, and they were good people. Unless she sounded like a tortured cat, they would be polite.

And then she started to play. I recognized the tune immediately. Segovia, played on a steel-string guitar. As she promised, the music filled the room, but it was quiet enough that it wasn’t intrusive. I listened in astonishment as she flawlessly negotiated the complex piece of classical music. When she finished, she moved right into a Frank Sinatra tune, and from there a song off an old Mason Williams album. She hadn’t been bragging when she said she could play anything.

“You’re going to screw up your reputation as a hard-boiled ex-Marine,” Kathy said with a chuckle when she brought Cecily’s meal from the kitchen, startling me out of some kind of trance I had fallen into watching Cecily play.

“At least she’s paying for her meal,” Kathy continued. “Normally you just feed down-and-out vets who offer nothing but a hard-luck story.”

“I don’t have a need to impress people with what kind of hard-ass I am,” I told her. “Too many of the guys I knew like that got their asses shot off trying to be a hero.”

I waived Cecily over, and she came to the bar and perched on one of the barstools. She ate slowly, carefully chewing small bites. That about broke my heart. She was used to being hungry, and knew wolfing it down might cause her to be sick.

“Would you like something to drink besides water?” I asked.

She gave me a startled look, then looked at the taps and bottles lined up behind the bar. “A glass of white wine would be nice,” she said. “Do you pour a sauvignon blanc by the glass?”

Where in the hell did this girl come from? And what happened to her to put her in this kind of personal hell out on the Colorado plains? I poured her wine and set it down in front of her.

She swirled the wine in the glass, smelled it, and took a sip. That earned me an even more startled look.

“Is this really what you normally pour as bar wine?” she asked, her eyes wide.

“It’s what I pour for dirty, starving hitchhikers who play Segovia on fine, vintage guitars,” I answered. The fact that she recognized the quality of the bottle I’d opened for her told me volumes as to how she used to live.

She blushed. “Thank you.”

“Do whatever you like. From what I’ve heard so far, you’ve got more than a meal coming if you want to keep playing. I’ll pay you fifty bucks to play until eight.”

More customers had come in, but none had left. When she walked back onto the stage, everyone quieted and looked toward her expectantly. She started picking an intricate tune that settled into Bob Dylan’s
Don’t Think Twice, It’s All Right
. She opened her mouth, and at the first note every other sound in the bar stopped. Even the noises in the kitchen stopped.

She sang in a strong, clear, pure mezzo-soprano, dropping into the contralto range on the tag line of each verse. Finishing the song, she immediately launched into Joni Mitchell’s
Chelsea Morning
, sung soprano, and followed that with Loretta Lynn’s
Coal Miner’s Daughter
, her voice taking on a twang that would make any hillbilly proud.

On
Chelsea Morning
, she took the notes on the words ‘heard’ and ‘pipes’ so high that I nervously glanced at my glassware.

Woke up, it was a Chelsea morning
And the first thing that I heard
Was a song outside my window
And the traffic wrote the words
It came ringing up like Christmas bells
And rapping up like pipes and drums

Her voice was flawless, with no reaching for notes, either on the high or low end of any register in which she chose to sing. I had never heard anything like it in my life.

Kathy, my assistant manager, took a glass of water up to the stage around the fourth song and set it next to her on the floor. Two songs later, one of the cowboys came over to the bar.

“Have you got a bowl or something, Jake? She should have a hat or something. You know, something people can put tips in.”