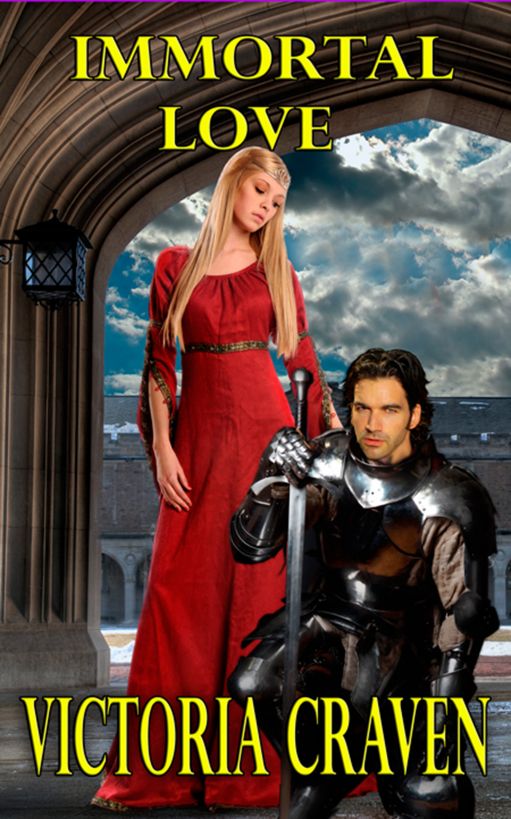 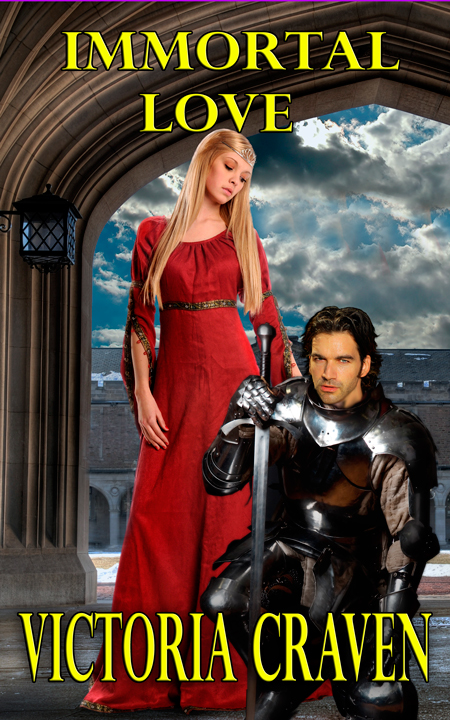 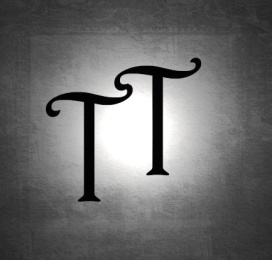 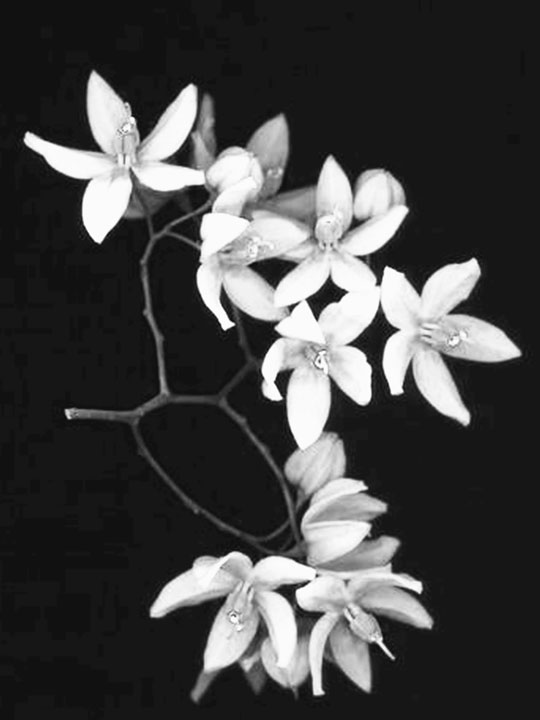 This eBook is licensed for your personal
enjoyment only. This eBook may not be re-sold or given away to
other people. If you would like to share this book with another
person, please purchase an additional copy for each person you
share it with. If you're reading this book and did not purchase it,
or it was not purchased for your use only, then you should return
to the vendor of your choice and purchase your own copy. Thank you
for respecting the hard work of this author.

This book is dedicated to Nancy Gideon for
opening doors for me. I also want to thank Laurie, Loralee, Pat,
Dana, and Connie for my inspiration.

O
cean waves crashed
against the rocks below. The fine salty mist caressed her face, and
sparkling waters beckoned her to the cliff’s edge. Though her heart
was caught in a tightening clutch of despair, soon her pain would
be gone. All her suffering would be over.

The sun bathed her in its beauty and warmed
her skin.
Freedom
. The mere thought made her smile. She
stood closer to the precipice and peered down into turquoise water
that turned pristine white where it met the rocks below. Peace
washed over her. Soon there would be no more betrayals, no more
lies, no more torment. Adolescent dreams shattered over time would
no longer matter.

Gulls danced on the waves of the wind,
screaming out their delight at such a glorious day. Looking up into
the heavens, she filled her lungs with the briny sea air and threw
her head back to drink it all in. This moment she would take with
her into eternity.

The image of her daughter filled her mind
with doubt. How could she leave her little girl behind with that
monster?

She took a step back.

Her child was like a jewel in a tarnished
crown. She took another step back, and with it her resolve
shifted.

She would not throw herself to her death. She
would endure the heartache and pain, take on all the abuse to keep
her daughter safe.

Another step back. No matter what happened to
her, she couldn’t leave Eleanor behind unprotected.

With the roar of the waves breaking on the
rocks below, Isolde never heard the footsteps come up behind her,
only the warm breath close to her ear.

A hard blow to her back made Isolde lose her
balance. Small rocks shifted under her feet. There was no stopping
the momentum that propelled her forward over the cliff's edge.

Her last thought before she hit the rocks
below was
of Eleanor.

L
ooking down at the
parchment, Eleanor Thanton stood in the great hall of Godwin
Castle, frozen, heart sinking in her chest as she read the royal
decree that had just arrived from her king.

She was being ordered to marry. By this royal
command, she was once more to become a prisoner in her own
home.

Eleanor looked up from the curling page of
the King’s edict. The silver thread that bordered the messenger’s
tunic shimmered in the daylight beaming through the window. His
boots shone. His neatly combed chestnut hair gleamed.

A messenger of doom should never dress so
well.

Her eyes narrowed. Anger and hate welled in
the pit of her stomach as she frantically made a mental survey of
her possessions. If she were to escape, what would she take? Her
mother’s silver brush and comb and the few meager gowns she
possessed. She would have to make her way on foot. What things she
had she would have to carry.

From the corner of her eye Eleanor saw Martha
enter, and her shoulders slumped even as the long breath she
exhaled hissed between her teeth. She couldn’t leave Martha
behind.

So many nights the elderly servant had come
in to Eleanor’s room to comfort her fears, telling stories of
fairies and wood sprites that inhabited the forest beyond the
castle walls. Some nights she’d listen to Martha’s honeyed voice
sing sweet lullabies, and her young mind would drift on the gentle
notes that carried her away to her dreams.

Martha’s husband, Zenon, had always found
time to play games of tag and hide-and–seek with Eleanor when she
was a child. They were the parents she never had. The people of the
village were her family.

Silently she shook her head.
No, I can’t
leave them behind. I will not leave them in the hands of a
merciless soldier.

The familiar weight of despair returned as
the hope of escape vanished like a wisp of smoke.

Reading the script once more made the bold
black letters declaring her fate dance before her eyes. Her
peripheral vision went black. There was no sound. Even the air
around her didn’t move.

The messenger cleared his throat, breaking
the spell.

Slowly she drew her gaze back to him. “What
would happen if I refuse to marry?”

He stiffened. “Refusal would most definitely
mean imprisonment, my lady. And forfeiture of your lands.”

She looked up at the beams in the
ceiling.

One prison or another,
she thought.
There is no escape
. Her teeth gnashed at the injustice of
it.

“Dominick Wolfingham,” the messenger declared
on a sigh of relief. “The king’s general, my lady.”

“I don’t understand. I’ve never heard of him.
Where is he from?”

“He is from no one place. You may know him as
Dominick the Immortal.”

At the messenger’s statement, Eleanor had to
consciously shut her mouth. She’d heard tales of the ruthless
warrior who with his brother, Randolf, the Black Knight, had never
known defeat. Stories of their merciless battles set the hair up on
the back of her neck. Her knees felt as though they were about to
give way, so she slipped into the nearest chair.

Jongleurs told stories about the famous
fighters who’d trampled over their enemies like wind over wheat,
bending them to their will. Men and women alike feared the two
living legends.

No one knew where he came from. Some said
from the black fires of hell, he and his brother.

People talked of Dominick being on the brink
of death only to walk away from its edge and survive. Many believed
he couldn’t be killed.

First the torment of my father, now the
terror of a merciless warrior.
She resisted the urge to flee
when her instincts screamed at her to do so.

Her attempt at speech came out raspy and
weak. She had to clear her throat to release the strangling hold of
fear. “When will General Wolfingham arrive?”

“Tomorrow, you say?” She took a deep breath
to quell her churning emotions and forced herself to speak with
false bravado. “Then I must ready myself for his arrival.”

Feigning confidence, she handed the parchment
back to him. Then looked over his shoulder to see empathetic tears
pool in Martha’s eyes.

“You must be hungry from your journey. Martha
will bring you a meal. If you will excuse me, I have a great deal
to do to prepare for my betrothed’s arrival.”

She nodded at Martha then turned toward the
stairs.

Taking one step at a time until she was out
of sight, she then clenched her skirts in her fists and took
flight. By the time she reached the landing, she was in a dead run
toward her chambers, not stopping until she’d entered them and
slammed the door behind her. Her breath, deep and heavy, squeezed
tight around her heart.

Falling to her knees she tried to prevent the
tears from coming, but they came anyway. The pain of her past
flooded back. When her father died six months prior, she’d hoped to
be delivered from the hell she lived in, but now the iron door of
her torment was about to close, locking her in forever. Her heart
cried out to the memory of her mother.

Would she suffer the
same fate?

D
ominick looked down
upon the gray castle before him. Years of neglect had taken its
toll, leaving it on the edge of ruin. Fences needed mending,
gardens were overrun with weeds, and stones from the castle walls
needed new mortar. Only a few hens pecked at the barren ground.

He shifted in his saddle. If he hadn’t known
King William better, he would have thought his friend was punishing
him for a grave wrong instead of rewarding him. He sighed deeply,
remembering the last conversation he’d had with his liege.

He had been called to His Majesty’s opulent
private chambers where the king had poured wine into goblets and
passed one to Dominick. They tapped the cups together in a friendly
salute. Once they were both seated, His Highness handed him a
rolled up piece of parchment.

“It’s your last order from me.”

“Dominick’s curiosity was piqued. “I have a
feeling there will never be a last order from you,” he said as he
took the scroll. His felt his jaw begin to drop as he read the
decree. “I don’t understand.”

“What is it you don’t understand? I’m giving
you land of your own.”

“But you’re ordering me to marry. Why?”

“Two reasons. There is a clan leader whose
land borders Godwin. Robert McPhearson is trying to take Godwin to
expand his boundary. I can’t allow that to happen.”