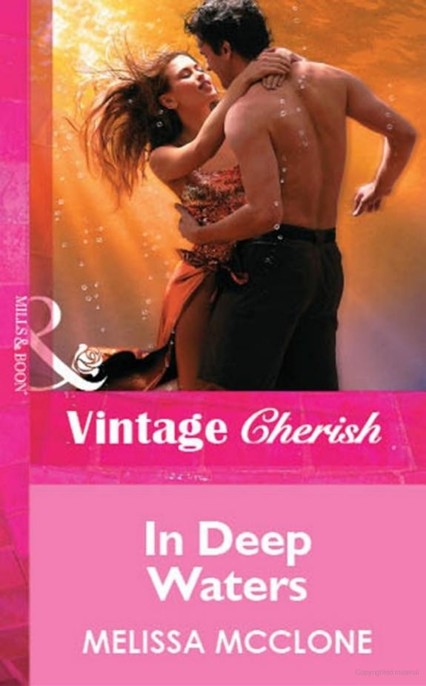 Long ago and Far Away,

the story goes, there, was a, world filled with light and, laughter and, love-. But quakes came-, shaking the land, And, hiding it beneath, the, sea,. Slowly the, people, adapted, to their new world--and, they thrived,.

They stayed, hidden,, but sometimes outsiders spotted, them, leading to the-legends of the sea.

Should, they contact the outer lands? When, the last battle, began,, the, king of this land,--of Pacifica--sent his four children, far away in, order to protect them,. He- didn't send, them, alone,--they had guardians and, talismans for protection.

But the, world was harsher than King Okeana expected, and his children, were left bereft.

The, two youngest daughters didn't remember their homeland,, and the oldest daughter and son had memories of anger and loss and pain.

Now, however, it was time for the- siblings to be- reunited,--to come, home- to reclaim, what was lost... if they dared!

A Tale of the Sea,

MORE THAN MEETS THE EYE by Carla Cassidy

IN DEEP WATERS by Melissa McClone

CAUGHT BY SURPRISE by Sandra Paul

FOR THE TAKING by Lilian Darcy

Special thanks and acknowledgment are given to

Melissa McClone for her contribution to

A TALE OF THE SEA series.

For Mackenna and Finn

has a degree in mechanical engineering from Stanford University, and the last thing she ever thought she would be doing is writing romance novels, but analyzing engines for a major U.S. airline just couldn't compete with her "happily-ever-afters."

When she isn't writing, caring for her two young children or doing laundry, Melissa loves to curl up on the couch with a cup of tea, her cats and a good book. She is also a big fan of
The X-Files,
and enjoys watching home decorating shows to get ideas for her house--a 1939 cottage that is
slowly
being renovated.

Melissa lives in Lake Oswego, Oregon, with her own real-life hero husband, daughter, son, two lovable but oh-so-spoiled indoor cats and a no-longer-stray outdoor kitty who decided to call the garage home. Melissa loves to hear from readers. You can write to her at P.O. Box 63, Lake Oswego, OR 97034.

"Please tell me about Atlantis, Daddy." Jason Waterton covered nine-year-old Kayla with a quilt and tucked in the edges. "What about the leprechauns?"

"Tomorrow. I want to hear about Atlantis tonight." Her eyes, the same gray-green of her mother's, sparkled like the ocean at sunrise. Each year, Kayla's resemblance to her mother grew. Same eyes, same smile, same golden mane of hair. A heavy weight bore down on him, reminding him of all they'd left behind. How he missed--

"It's my favorite, but Heidi Baxter said Atlantis and mermaids don't exist." Lines formed on Kayla's forehead. "They're real, aren't they, Daddy?"

The hopeful tone in her voice tugged at Jason's heart. She was such a dreamer. A dreamer with a pure heart. Her classmates sometimes teased her about her belief in the whimsical, but he hoped she never changed. "If you believe they're real, they will be, love."

With a satisfied smile on her face, she snuggled against her pillow. "I believe."

"You must always believe." Jason kissed her forehead. The intensity of his love for her never ceased to amaze him. He couldn't imagine life without Kayla.

"I will." She smiled. "Can I hear about Atlantis now?"

He always gave her what she wanted. He only wished he could give her more. Jason sat on the edge of her twin bed. "A long time ago in a sea far, far away, a magical island called Atlantis existed. The people of Atlantis knew no hardship. The land provided unlimited food and natural resources. Science rid society of all diseases and invented technology to simplify life. It was a perfect existence.

"Until one day, smoke and ash spewed from a mountain in the center of the island. Lava flowed. The smell of sulfur made it difficult to breathe. The island fought bravely against the pressure of the volcano and the movement of the earth, but in the end lost the battle. Atlantis sank to the bottom of the ocean."

Kayla shivered. "That must have been so scary."

Jason held her small hand. "But Atlantis had been good to the sea, taking only what it needed and never any more. So the sea allowed a large dome of earth to cover the island and provide a pocket of air for the people to breathe. Scientists helped the people adapt to their new underwater home."

He nodded. "Over time, the people of Atlantis evolved into 'mer.' They could live in the sea with gills and a tail, or out of the sea with lungs and legs, but most preferred the freedom of the water." Jason closed his eyes for a moment. "To leave the confines of Atlantis
behind... To be connected to the other creatures of the sea... To be surrounded by water and able to swim anywhere was...total exhilaration."

Kayla sighed. "I wish I could be a mermaid."

Foamy green swells tossed the supply ship back and forth like a child's plaything. Kayla Waterton grasped the railing and peered over the edge. She'd done her research and knew what to expect while at sea. Still, she couldn't hide her awe at the water's power or the secrets buried in the murky depths.

"This will keep you safe while you transfer to the other ship, Miss Waterton." Pappy, who looked more like Santa Claus than the ship's captain, connected a lifeline to her life jacket in case she fell into the water when she transferred to the other ship tied alongside them. "Just wish I knew what turned the water so rough all of a sudden."

As soon as the
Xmarks Explorer,
a survey-and-salvage ship, had appeared on the horizon, the calm waters had turned choppy. None of the supply ship's crew could explain why, but Kayla thought she knew the answer.

The sea was angry.

She wasn't supposed to be in the middle of the Pacific
Ocean. She'd promised her father she would stay away from the sea. If only he was here with her. But he was gone and she'd taken up where he'd Jeft off--locating lost shipwrecks. Piecing together and solving the secrets of the past gave her such satisfaction. She found comfort reading old journals and maps, comparing cargo ledgers and insurance claims, putting the bits and pieces of research into reports for search expeditions.

And for the first time ever, she was going on an expedition herself. She couldn't deny her excitement, even though she'd had no choice in coming. Her father's dream had been to find the
Isabella
--a pirate ship of untold value lost nearly three centuries ago, but the bozo running the search expedition was looking in the wrong place, wasting valuable time and money.

Kayla nodded, but she felt less than confident. Spray from the swells hitting the ships flew through the air. She would have to walk right through the mist, but she was more worried about the waves washing over the narrow plank bridging the gap between the two ships. A shiver ran down her spine. Kayla liked reading about adventure on the high seas, not experiencing one herself.

Think about finding the
Isabella,
locating the lost treasure, making Daddy's dream come true, finding the answers I need...
It was only water. So what if she got wet? She could do this. She
had
to do this.

"We'll bring your gear over with the supplies."

The sooner she got to the other ship, the sooner her search for the
Isabella
began. Kayla smiled. "Thank you, Pappy."

"Hold on and keep moving." He assisted her onto the gangway. "It's not that choppy, but whatever you do, don't look down."

She gripped the handrails and took a step. The plank moved up and down, following the motion of the waves. Water seeped through her shoes, wetting her socks and feet.

That hadn't been in any of her books, but she knew good advice when she heard it.

Kayla stared at the crew standing on deck. She focused her gaze on one man with hair the color of coal. He stood out from the others. Though he was simply standing, he exuded a confidence and an arrogance Kayla found both appealing and unnerving.

With a gold hoop in his left ear, he was more pirate than white knight. It was much too easy to imagine him at the helm of the
Isabella,
barking orders to his crew, stealing treasures from ships sailing the Pacific and kidnapping their female passengers. No doubt he whispered seductive phrases in Spanish, if Kayla guessed his ancestry correctly, before ravishing the maidens locked in his cabin.

As if reading her mind, his dark-as-midnight eyes met hers with such intensity she almost took a step back.

Dangerous
was the only way to describe him. She wouldn't call him handsome. Not unless you liked tall-dark-ruggedly-sexy-one-hundred-percent-males. She didn't, but her body forgot that fact. For some strange reason, her pulse picked up speed. Adrenaline? Attraction? Standing midway across the plank, she wasn't sure of the difference right now.

The only thing she knew to do was keep moving.

Instinct told her to turn around, but she didn't. Instead, Kayla forced herself to walk toward him. Not him, the ship. She took another step and another. Moving closer,
Kayla found herself entranced, almost mesmerized, by his eyes.