Read In the Memorial Room Online

In the Memorial Room 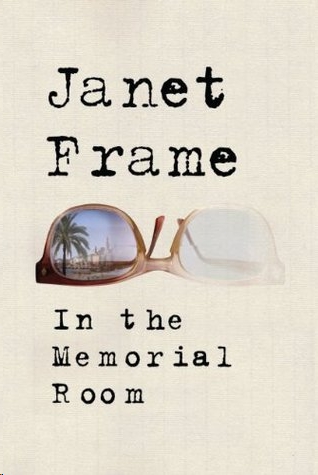 IN THE MEMORIAL ROOM

OTHER WORKS BY JANET FRAME

The Lagoon and Other Stories
(1952) stories

Scented Gardens for the Blind
(1963) novel

The Reservoir: Stories and Sketches
(1963) stories

The Reservoir and Other Stories
(1966) stories

You Are Now Entering the Human Heart
(1983) stories

An Angel at My Table
(1984) autobiography volume 2

Towards Another Summer
(2007) novel

Prizes: Selected Short Stories
(2009) stories (published in UK and Australia as
The Daylight & the Dust
)

Janet Frame in Her Own Words
(2011) non-fiction

Janet Frame, New Zealand’s most highly acclaimed author, was born in Dunedin in 1924 and died in 2004. Her first book,
The Lagoon and Other Stories
, was published in 1952. Frame went on to publish eleven novels, another three short-story collections and a book of poetry during her lifetime, and another novel, a short-story collection and a book of her poems have been published since her death. Janet Frame received numerous awards for her work, including a CBE for services to literature, in 1983. In 1990, she was made a Member of the Order of New Zealand. In that year, the three volumes of her autobiography were made into the film
An Angel at My Table
.

In 1973, Janet Frame was awarded the Katherine Mansfield Fellowship, and she spent the following year in Menton on the Côte d’Azur. Beneath the villa Isola Bella, where Mansfield lived and wrote for a time, is the Memorial Room, a small stone room commemorating her work and given to the Mansfield Fellow as a place to write.

Though she struggled to work in the difficult conditions of the Memorial Room—with no running water or toilet facilities and delays in receiving her fellowship payment—it was in Menton that Janet Frame wrote
In the Memorial Room
, the story of Harry Gill, writer and recipient of the Watercress-Armstrong Fellowship.

Frame did not allow publication of the manuscript during her lifetime—would certain people see themselves in the characters portrayed and, finding unflattering portraits, be offended? But she always intended the novel to be published posthumously, at the right time. Tucked away, to be looked at later, the Menton novel waited while Frame went on to write
Living in the Maniototo
, a novel interlaced with some of the same characters, events and places.

Now, almost forty years after Janet Frame wrote
In the Memorial Room
, on her second-hand typewriter, the wait is over.

In the
Memorial
Room

This is a work of fiction. All characters depicted are fictitious and any resemblance to real persons, living or dead, is coincidental.

With thanks to Hocken Collections—Uare Taoka o Hakena, University of Otago Library.
Extract from ‘Little Gidding’ (p.81) taken from
Four Quartets
, © Estate of T. S. Eliot, and reprinted by permission of Faber and Faber Ltd.

Grateful thanks to the publishers
of Margaret Rose Hurndell for
permission to quote from her work.

Today I received word that my application for the Watercress-Armstrong Fellowship had been accepted and that I am to be next year’s Fellow. The Committee would like me to visit Wellington for the presentation ceremony early in October, and I am to leave for France by a ship of the Paradise Line in early December.

Although I am not quite sure why I applied for the Fellowship I’m looking forward to travelling, although indeed I am not a traveller and my first voyage out to New Zealand when I was nine years old, in 1950, gave me enough experience, I felt, to last a lifetime. The money from the Fellowship, however, will give me a chance to write a different kind of novel from my first two which have given me the reputation of being an ‘historical’ novelist.
Wairau Days
might just be called an historical novel, but I did feel that
New Families
, with its emphasis on the private lives of the characters, might not have been dismissed as it was as ‘another historical novel from the pen of a talented young writer’.

I’d rather like to write a comic novel in the picaresque tradition, a desire which is perhaps strongly proportionate to the lack of picaresque qualities in myself, for I am a dull personality, almost humdrum, a plodder from day to day with only an occasional glimpse of light, literally as well as figuratively for the disease in my eyes has worsened and in another three or five years I might not be fit enough to take up an overseas Fellowship: another reason, I suppose, why I applied for it. So here I am, shy, bespectacled, rather slow on the uptake, a reader and a student since my early childhood and an accidental novelist, for
Wairau Days
was written to correct or bring to full blossoming the half-truths of the story of Wairau. How surprised I was, that I so much enjoyed my task of telling the truth!

Although it has been a disappointment to my father whose natural desire was that I should qualify in medicine and take over his general practice, it alarms him less, now, that I should be on the way to being a successful writer (described as ‘talented’, and ‘promising’ and not yet too old to panic at the description) than that I should have continued my shilly-shallying of courses at university. The Entomological Course did interest me while I was studying it. And for a while the prospect of Ear-Nose-Throat held me spellbound, and my poor father’s eyes were shining when he talked to his colleagues about me. Then came the blackout and the problem with my sight, and, though that seemed to be only temporary and the family accepted it as such and were cheered when by my accounts and those of the physician it improved (a physician is oblivious to his family’s ills), I have not yet told them of the new problems with it. In some strange way I have fastened my hopes on the scholarship and Menton and I am determined to get there, and to enjoy it, and to write my new kind of novel, and then, when I return home, take whatever is waiting for me.

This last remark sounds schoolboyish, and might betray my English birth; it shows a recklessness which I have within me but which none may read in my face or behaviour.

I have a severe headache above my right eye.

The notice of the award appeared in this evening’s newspaper:

Harry Gill, 33, of Auckland, author of
Wairau Days
and
New Families
, has been awarded the Watercress-Armstrong Fellowship for 1974. He will leave at the end of November for Menton where he will live for six months working in one of the rooms of the Villa Florita, occupied during her lifetime by Margaret Rose Hurndell, the internationally known poet whose last three books were written at the Villa Florita before her death there in 1960. The Fellowship has been endowed as a living memorial to Margaret Rose Hurndell whose death at the age of thirty cut short a brilliant career.

So. Each of the five fellows before me has taken time to write a study of Margaret Rose Hurndell or to edit letters and one
actually discovered
an unpublished poem between the leaves of a book sold casually at the annual bazaar of the local English church. At the presentation ceremony in Wellington (which was held last week), when I was asked if I had any plans for making a study of Rose Hurndell I replied that I did not know, I would see how the land lay at Menton, although inevitably Rose Hurndell would be in my thoughts.

I said I admired some of her poems very much, particularly those of the last book,
Rehearsals
.

Welcome to Sugartown by Carmen Jenner
The Sword of Aldones by Marion Zimmer Bradley
The Sage of Waterloo by Leona Francombe
On This Day by Dare, Kim
The Serbian Dane by Leif Davidsen
Glass - 02 by Ellen Hopkins
Wings of Fire Book Four: The Dark Secret by Sutherland, Tui T.
The Language Instinct: How the Mind Creates Language by Steven Pinker
The Gifted Ones: A Reader by Maria Elizabeth Romana
Maggie Lee (Book 7): The Hitwoman and the 7 Cops by Jb Lynn
Our partner