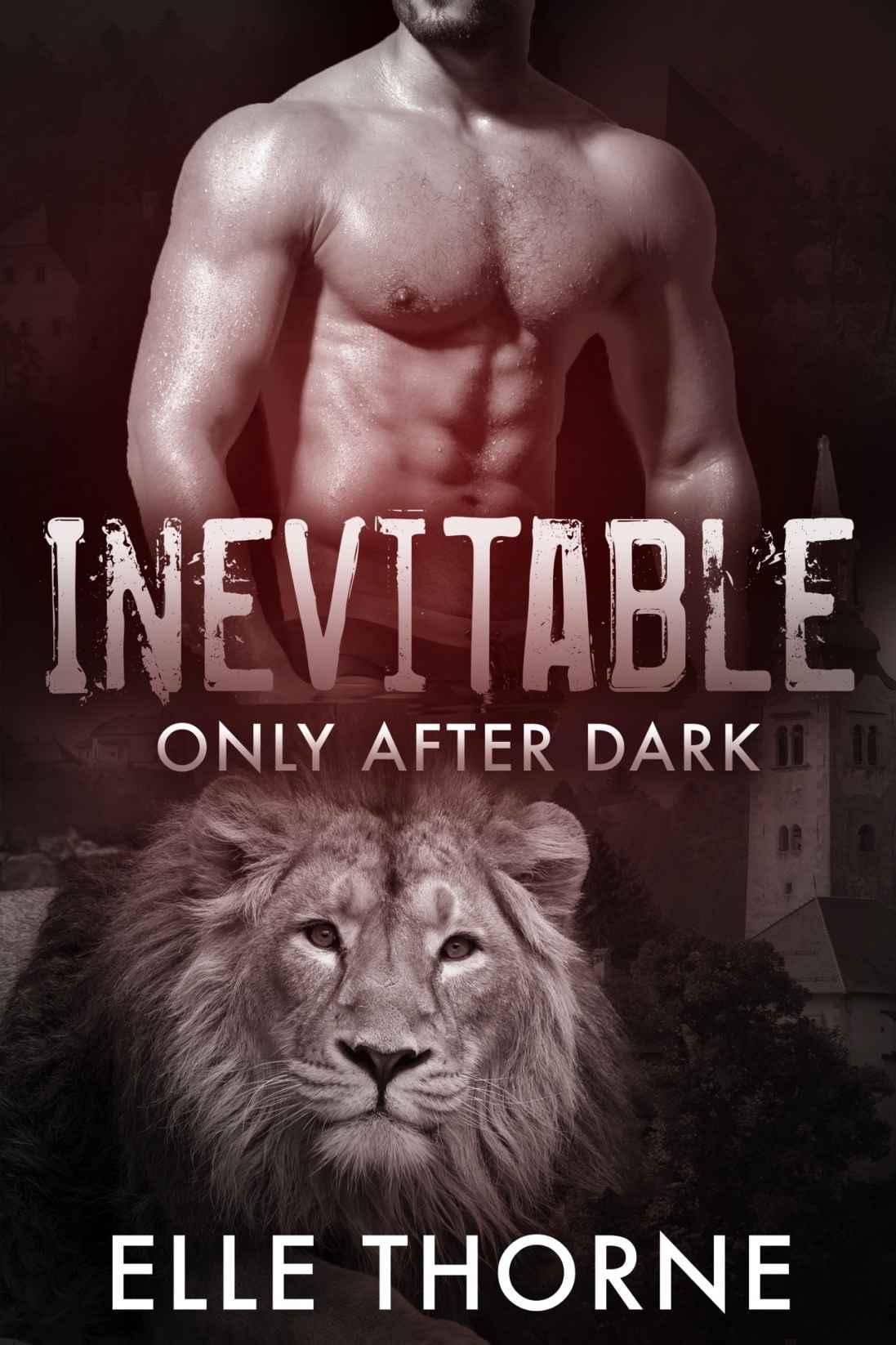 Apart and Together Again

He’s also Theodoros Ricoletti, son of an Italian lion shifter and his Greek servant woman, raised by the servants in secret until the lion shifter learned he had a son. Theodoros Ricoletti, stolen by his lion shifter father from his servant woman mother, reared by governesses and nannies, sent off to a boarding school, only to run away and join a group of roving shifters. He’s only loved one woman, ever. A beautiful, dark-skinned, glowing-eyed barefooted beauty from the bayou. She betrayed him by casting a spell on him to make him fall in love with another. Just because the spell’s been broken doesn’t mean that all is healed.

She’s also Leandra Mathieu, one of the most powerful witches in the surrounding New Orleans. Her ancestors have saved the ass of the Arceneaux Clan more than once. Now, so has she. But she bears secrets. And blood ties.

L
eandra and Theo
are one of those couples that grab you by the heartstrings and don’t let go. This is their story.

Scenes from their youth will help you understand why they are the way they are.

I hope you love this couple as much as I do.

I
t’s
tough to present a book like this, where part of their life has been in prior stories. I didn’t want to fill pages up with history we already know, but I had to summarize the happenings.

If you’ve forgotten any of the parts, do what I did. Read the Only After Dark books for reminders. Helped me in a big way.

And oh my goodness, I fell in love with this series all over again. I know now why you emailed me about this series. This one has me in its spell, too. I can’t wait until we can expand on so much of it too! (Lucia, Quake, and so much more!)

P
S This book
is absolutely not a standalone. Please read the first four books in the series because there are things that happened in those books that will merely be glossed over in this one.

A
lmost Two Decades Ago

“
M
émé
, I don’t want to go to New Orleans to see her.” Leandra told her grandmother, Latrice Mathieu.

“Then why did she drop me off with you and never comes to see me? Why does it feel like she can’t wait to leave when we go meet her in the café?”

Mémé shook her head, braids secured to her head, her dark skin glowing in the sunlight, her profile majestic.

Leandra glanced in the mirror, and studied her pre-teen features. The dark skin. Her full lips, her eyes—eerie and glowing.

She cast her gaze down. The mirror was her enemy. It reminded her of everything she was that she didn’t want to be: The light glowing eyes that betrayed her witch heritage—a sign of the Mathieu witches. The dark skin that boasted of her slave heritage—and the reason her mother rejected her.

Mémé ran her fingertips over Leandra’s loose hair. “Let me put this up for you.”

“Why? To make
her
happy? To appease her? In case her gentleman or one of his friends might see us?”

Mémé tsked. “You’re too wise for one so young.”

When Leandra wasn’t much older than a toddler, Rochelle, Leandra’s mother, had left her with Latrice, her own mother, the one Leandra called Mémé. She’d left her, and yet she’d stayed in town—in New Orleans, living with the gentleman who wouldn’t give her his name, but was more than happy to provide Rochelle with the trimmings of a high society life.

This was provisional of course. It depended on Rochelle not flaunting her roots.

It wasn’t her witch roots that worried him as much as it was her slave roots. No, the gentleman never said as much, but Rochelle knew he prized her for her lighter skin.

Though thanks to Mémé’s security, Leandra had never been exposed to the ugly side of carnality. She’d been sheltered from the decisions her mother had made at fourteen, leading her to a life far from their home in the bayou, far from the coven she should have been a part of, far from Mémé’s protectiveness.

Mémé was running a brush through Leandra’s unruly curls. “One moment more.” She gave it a final swipe. “Now. Let me style this into something that doesn’t make you look like a swamp rat.”

Leandra was torn between giggling at Mémé’s terminology, or snarling at her grandmother for making her more presentable for Rochelle.

Rochelle, because she couldn’t bring herself to call her “mother.”

“Mémé, can we go already?” The sooner they went, the sooner they’d get it over with and Leandra could return home to Mémé’s cabin in the swamp and take off the shoes that hurt her feet and the dress that restricted her breathing with its high collar.

To which her grandmother responded with a playful smack.

“Mémé!” Leandra whirled around. “I’m too old for spankings.”

“You’ll never be too old for spanking, ma
chère
.”

M
émé’s grip
on Leandra’s hand was tight. She squeezed Leandra’s fingers like a cottonmouth taking a frog hostage in the bayou.

Maybe it’s because she knows I’m half a heartbeat away from running out of here.

“Here” was the coffee shop they met Rochelle at, on those rare occasions when Rochelle could make time to meet them. It was almost always just after dusk, and Rochelle invariably kept her face in the shadows. Every so often, candlelight would flicker just right and Leandra would get a glimpse of her mother’s pale ethereal beauty.

Leandra plopped into the plush chair in the back of the coffee shop, a private room that was reserved for them when they met with Rochelle. She wondered what the room was used for when they weren’t in it. Was it for private assignations? Her mind liked to wander to all sorts of subterfuge, political or amorous. She knew her grandmother would chastise her for her thoughts, but Leandra couldn’t help her vivid imagination.

Mémé snapped her fingers, indicating for Leandra to sit up. “You’re growing into a young lady, stop acting like a street urchin that’s never been taught manners,
chère
.”

She felt her mother enter the building. She felt her every time. Was it because of their bond? Was it because of the witch blood they shared, even though Rochelle refused to lay claim to the craft of witchery? Or was it something else, some strange preternatural sense that Mémé hadn’t explained to her yet? Mémé had begun some of Leandra’s sorcery training, but they’d not gotten very far yet. Mémé said next year would be the year they’d start in earnest.

Sure enough, Leandra’s senses were spot on. A figure appeared in the doorway, pushing aside the curtains that afforded some privacy.

Tall, willowy, with cream colored skin, attired in the latest fashion, with nails buffed to a high gloss, and hair gleaming, Rochelle Mathieu, mother to Leandra, stood in the doorway.

Leandra fought the sneer that wanted to appear on her face at the airs Rochelle put on.

“Rocky.” Mémé used the childhood nickname for Rochelle. She took Rochelle’s fingers between her own weathered hands. “You look wonderful,
chère
. Like life is agreeing with you.”

Rochelle’s caustic gaze traveled up and down Leandra. “I wish we could say the same for Leandra. She looks like a field hand.”

“Those days are long gone,” Leandra reminded the woman who’d given birth to her.

“I’m older than you think.” Rochelle’s tone was haughty, her brow arched high in an unlined, creamy forehead. “So those days are still fresh in my mind.”

Her eyes narrowed as she stared at Leandra, taking in her hair—which Leandra was sure had become disheveled in the New Orleans humidity, taking in the scuff marks on the shoes that were borrowed—because Leandra would rather be barefooted on any given day.

Rochelle held up a bag made of satin material, and fished a tiny jar out. “Here.” She handed the jar to Mémé. “Apply this to her skin every night. The smell isn’t great, but she’ll lose that horrible shading. It will lighten her skin to a beautiful cream color.” Rochelle ran the back of her hand along her own cheek, as if this would be the result.

Leandra cocked her head, studied the woman who’d given birth to her, but couldn’t seem to like her the way she was. “I’m not—”

“Shall we have sweets?” Mémé interrupted Leandra, giving her a look of warning.