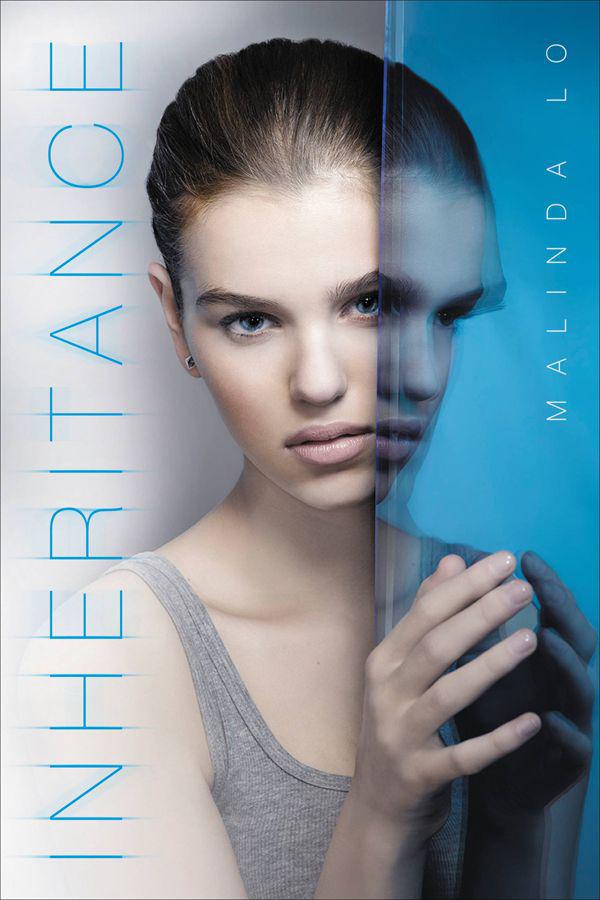 To my parents, from whom I inherited the ability to think for myself

We care not how trifling a character may be—let it be the mere inflection of the angle of the jaw, the manner in which an insect’s wing is folded, whether the skin be covered by hair or feathers—if it prevail throughout many and different species, especially those having very different habits of life, it assumes high value; for we can account for its presence in so many forms with such different habits, only by inheritance from a common parent.

—Charles Darwin,
The Origin of Species

The triangular spaceship hovered motionless in the
sky above Reese Holloway’s house, as inscrutable as a black hole. Military helicopters made large circles around the craft, the noise of their rotor blades conspicuously loud compared to the silence of the black ship.

Reese pulled her gaze away from the triangle and looked down at the crowd of reporters at the bottom of the front steps. They were as impatient as a nest full of baby birds, mouths gaping as they shouted question after question at her and David Li. His fingers squeezed hers, and through the connection that opened between them when they touched, she felt his emotions echoing her own. They both had that jittery, butterflies-in-the-stomach feeling that said: You’re about to do something that could either be a huge success or a crushing defeat.

It had seemed like a good idea when they were inside: to tell the truth about what happened to them at Area 51. With the reporters clamoring outside, they had the perfect audience. If they told the world, they thought, they would be safe from their government, which had abducted and locked them in a top secret military base in the middle of nowhere, Nevada.

It didn’t seem like such a good idea now that they were outside.

Across the street a line of National Guard soldiers stood with rifles in hand, blockading a vehicle that looked like it had come out of a science fiction movie. Shaped roughly like a bird, it was about the size of a city bus and black as the triangle above. What looked like wings were folded against the vehicle’s muscular black walls, making it seem as if it could leap into the air at any moment. A crow had alighted on the roof, its black feathers gleaming in the August sunlight. It turned its head as if to watch the scene below, where several silver robots waited with snub-nosed weapons in their metal hands, facing the National Guard troops. The robots had humanlike bodies, but their heads had no eyes.

Reese’s hand was clammy with sweat and it slipped against David’s, but he tightened his grip as if he were holding on to the edge of a cliff. The reporters were a blur before her, their faces smudging into one another as waves of emotion rose up the front steps and slammed into her and David. She had experienced this unusual sensitivity to a crowd’s feelings before. It had happened when she and David got off the plane at Travis Air Force Base a few hours ago, where they’d been met by a different group of reporters. She knew it must be related to her adaptation—the
alien DNA that had been added to hers—but the knowledge didn’t make the reality any easier to bear.

The crowd’s curiosity scraped like tiny claws against her skin. As they eyed the spaceship above, their agitation buffeted her in sharp bursts. Their emotions amplified her own nervousness. Objects in the sky weren’t supposed to be as still as that black triangle, and that was the most unnerving thing of all: its perfect unnaturalness.

She swayed on her feet, nauseated by the collective anxiety, and David’s fingernails dug into her hand. Maybe he wasn’t holding on for himself; maybe he was trying to prevent her from falling. She was about to give in to the nausea and drag David back inside when a hand gripped her shoulder and turned her around. It was Amber. Her face was almost as pale as her short blond hair, the only color the smudge of dark pink gloss on her mouth.

David turned too. Amber had one hand on Reese’s shoulder, the other on David’s, and her touch seemed to push away the encroaching emotions of the crowd below. Amber gazed intently at the two of them through steady gray eyes.
Listen to me
, she told them. It didn’t seem like English, exactly; it was more like she was projecting meaning without using any language at all.

Please let us help you. We can show you how to use your abilities, and we will keep you safe. Your government only seeks to use you. Please trust me.

Abruptly, Amber dropped her hands from their shoulders, and the urgent emotions of the crowd came back, pushing against Reese’s spine. Amber pulled something out of her pocket and pressed it into Reese’s hand. She leaned close to whisper in
her ear: “Call us when you’re ready.” Reese shivered at the feel of Amber’s breath on her skin, and for a split second all she was aware of was Amber’s closeness, her lips a millimeter from her earlobe.

Then Amber brushed past both Reese and David and faced the reporters. “I can’t take your questions right now,” Amber said, her voice silencing the throng.

“Why not?” someone shouted.

“Is your name Amber Gray? Are you the girl in the video?”

Reese saw Amber stiffen slightly, but her voice remained steady. “I’m an Imrian. And yes, my name is Amber Gray.”

“Soon,” she repeated, and then she went down the steps to the sidewalk, where the robots cleared a path for her. They were called erim, Reese remembered. The reporters stayed several feet back as if they were afraid of them. Amber walked quickly through the crowd until she reached the black vehicle parked across the street. She glanced back at Reese and David before she climbed through the open hatch in the side of the vehicle. The erim followed silently. When the door closed, the crow that had been perched on top flew away, and the vehicle’s wings spread out, black metal unfurling smoothly. The National Guard troops on the ground fell back as the craft lifted into the air and headed for the black triangle.

When the smaller ship disappeared inside the larger one, the
reporters turned back to Reese and David. He reached for her hand once more, and like hers, his feelings were a jumble of shock and uncertainty. The reporters began to shout questions again. She briefly closed her eyes, raising her free hand to press her fingers to the bridge of her nose, and realized she was still holding the device that Amber had given her. She looked at the object in her hand. It was an ordinary cell phone.

Startled, she put it in her pocket as the reporters continued to pepper them with questions. “Stop,” she said, but her voice was too low. “Stop!” she cried, looking down at the assembled crowd. They fell silent, and she heard the rapid
click-click-click
of camera shutters as she and David were photographed. “We’ll take one question at a time,” she said.

There was no hesitation. A woman at the front of the pack, holding out a mini digital recorder, asked, “Why is there a giant spaceship above your house? Is that the ship that was in the video?”

For the past five days, Reese and David had been locked in a military hospital on Area 51. They hadn’t been released until a video was leaked that showed them fleeing an underground bunker in the Nevada desert, running toward a black spaceship. Amber was on the video too. Reese had seen the grainy footage only once, but the image was burned into her mind forever: Amber shoving Reese onto the ground; a bullet striking Amber, her body jerking. Reese remembered what her best friend, Julian, had told her. The media thought Amber was the hero for saving her. Reese couldn’t square that with the fact that Amber had lied to her, repeatedly, about her identity.

Hearing him think her name jolted her back into the present. The reporters were waiting for an answer. She glanced at David, and he gave her a tiny smile. She felt it inside him like the flicker of a flame in the dark. She wasn’t in this alone.

“Is that the ship in the video?” the reporter asked again.

“We don’t know,” Reese and David said together.

“Where did it come from? Why is it over your house?”

“Was that girl one of the aliens? Why does she look human?”

David didn’t speak this time. “Yes, she’s one of the aliens,” Reese said. “I don’t know why she looks human.”

“Why are they here? Are they experimenting on humans?”

“Why did the president think they were gone? Did you see the press conference she gave an hour ago? She said the aliens had left our planet.”

“How are you connected to the aliens?”

Reese took a deep breath and interrupted the stream of questions. “We can’t answer you all at once, and we don’t know much more than you. We only know what happened to us.”

“What did happen to you?”

“We were taken by government agents to a secret military base in Nevada,” David said.

“They wanted to figure out what kind of medical procedure had been done on us earlier this summer,” Reese said, and then realized that none of this would make sense to the assembled reporters because they didn’t know about that.

“Start from the beginning. What medical procedure?”

Reese glanced sideways at David, who nodded at her.
Go ahead.
“We had a car accident on the edge of Area 51 right after the June Disaster,” Reese said. “David and I were in Phoenix, Arizona, for a debate tournament. We were with our coach. When all flights were grounded after those planes crashes, we decided to rent a car to drive home. Our coach died in Las Vegas during a carjacking at a gas station—”

A murmur of surprise went through the reporters, and one interrupted to ask, “What was the name of your coach?”

“Joe Chapman,” David said. “We left the gas station because the gunman was shooting at us, but we couldn’t go back because of the roadblocks. So we kept driving.”

“That’s when we had the car accident,” Reese continued. “We didn’t know we had crashed on the edge of a military base.”

“We were treated at the hospital there,” David said, “with Imrian science.”

“You could call it that,” David said. “They’ve told us that we went through an adaptation procedure. They said it was to save our lives. It combined our human DNA with their Imrian DNA.”

“How were the aliens able to do this to you on a US military base?” one of the reporters asked, sounding skeptical.

The Lamb Who Cried Wolf by Hyacinth, Scarlet
Deep Surrendering: Episode Six by Chelsea M. Cameron
Temptation, Chronicles of the Fallen, Book 3 by Brenda Huber
Rise by J. A. Souders
AGU SCI 1: The Star Brotherhood by Thomas DePrima
Save Yourself by Lynch, H.G.
Sinful Seduction by Tara Nina
SilkenSeduction by Tara Nina
Desire of the Everlasting Hills: The World Before and After Jesus (Hinges of History) by Cahill, Thomas
Same Difference (9780545477215) by Vivian, Siobhan
Our partner