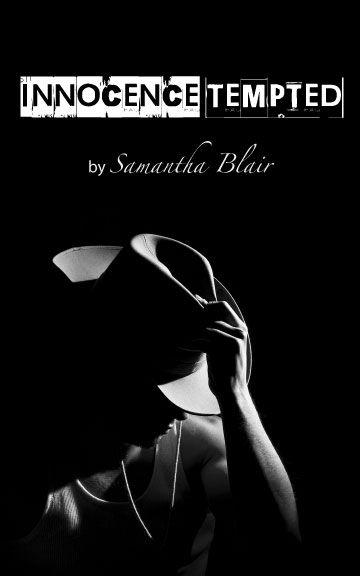 All rights reserved. This work may not be reproduced, in whole or in part, without written permission from the author.

This is a work of fiction. The characters in this book do not exist outside of the imagination of the author and are in no way meant to represent any persons living or dead.

Please read with caution. This book contains very adult situations and is not suitable reading for those under the age of eighteen.

This book is the second story in the
Generational Sins
series. It takes place chronologically before Katlyn meets David (which is the story told in
Generational Sins
) but it can be read as a standalone novel or following the first book. I wrote this one because a lot of my readers requested a Dominant/submissive novel from me that wasn’t quite so violent as
Generational Sins
. I also wanted to give readers a picture of how Katlyn came to be the submissive that we know. I hope this answers a few questions.

As always, I love to hear from my readers. You can find me at www.samanthablair.com, if you’d like to drop me a line.

I'd been watching her for a while. She had the most beautiful blush, and she called to me like a fucking siren. She worked at the local tack and feed store, and while I would have frequented the store anyway, I found myself digging for reasons to shop there more often. She worked almost every Saturday and as a result weekend visits had become a regular activity for me.

I was having a bonfire party
that night
with a couple of guys that I knew from the rodeo circuit. I was debating asking the little thing behind the counter to come out for it, but I had a feeling that just walking up and asking her would scare her off.

My siren was young. Roundup High had their graduation last week, and I thought it was probable that she’d been among the graduates. I was twenty-six, probably eight years her senior, so she was likely to be
leery of me if I took the direct approach. Sometimes it paid to be a little more subtle.

She'd caught my eye a month or two back when her boss, the pudgy middle-aged man who owned the store, had yelled at her for knocking over a tall display of hats. She had immediately taken on a very amenable nature, politely apologizing, repeatedly, with her head bowed, as he towered over her in rank if not in stature. Her “yes sir, sorry sir, it won’t happen again sir” language alone had been enough to make me hard. I knew immediately she would make a wonderful, trainable submissive.

I'd watched from a distance from that day forward, trying to find out small things about her without making myself too obvious. From the plastic nametag below her right shoulder, I’d picked up that her name was Kat
—
a nickname, I assumed, probably a variation of Katharine or Kathleen. She was quiet, more of a listener than a talker, but she was not completely anti-social. She worked hard, but she was clumsy, and it got worse when she was rushed or under pressure. She was beautiful, and she was painfully unaware of it.

I studied a rack of riding crops that I really had no interest in and tried to listen in on her conversation. She was currently behind the counter talking with two of her coworkers. Mike, the store owner’s son, had his arm around
another employee,
Jamie, and together they were rather loudly poking fun at my beautiful brunette. I didn't think that they truly meant it to be malicious. In fact, I'd wager that Mike would drop his girl any day of the week if Kat would even glance in his direction, but she didn’t see it that way. Kat was tough though. She wasn't letting it show, but I think she was hurt by it nonetheless.

The source of their teasing was Kat's apparent virginity. Her skank coworker thought she was a prude, but I knew better. I wasn't sure if she was sexually active
yet
, but I was almost positive that once she got a taste for it, she would be insatiable.

"Did you even suck his cock?" Jamie, the blond
e
flake, asked.

I was really curious now. How would she answer? I picked up one of the crops and turned it over in my hand. I envisioned spanking Kat with it as I waited for her response.

"Yeah," she answered softly, "I guess I just don't see what the big deal is. I mean it was kind of boring."

I smirked. If she thought it was boring, she clearly hadn't been sucking the right cock. I would make sure that she never described any kind of sex with me as boring. I allowed myself to fantasize
about
what she would look like on her knees in front of me with her sweet lips around my dick.

"I wish he would have just, you know, taken me by the hair instead of making me do all the work,” she continued. “He's the one that gets off on it anyway."

The blond
e
skank however was apparently not as stimulated by it. "That's disgusting. My God, you are such a whore. I bet you swallowed it too. How nasty is that? Right, Mike?"

"Whatever," Kat mumbled. I could tell she was trying to be brave about it, but there was hurt in her eyes. This was probably the first time she'd ever aired a sexual preference in public and been ridiculed for it. We lived in a very small town and many of the people in it were small
-
minded. I couldn't even imagine the response that she might have gotten if she'd suggested that she liked women. I had a sudden urge to throw the blond
e
skank over my whipping bench for a while. Fifteen swats with a wooden paddle ought to put her in her place. I doubt she'd dare to voice that prejudice again. Hell, my sexy brunette could watch. Maybe it would make her hot.

Mike finally caught on to the awkwardness of the conversation and suggested that they go restock some shelves. As soon as they were out of sight, I made my way to the counter with a riding crop that I didn’t need.

My beautiful girl was still upset, and it pissed me off. It was not wrong to want more out of sex than granny kisses and the missionary position. If she became more reserved as a result of this small-town bitch's criticism it would kill me. It was forcing my hand before I felt that I was really ready, but I had to say something. It was time.

I tilted my head to put myself directly in her line of sight. I caught her eye, but she looked down again. I leaned forward slightly over the counter, putting myself very deliberately in her personal space. She didn’t shy away.

I held my hand out to her. She considered me for a second but eventually took my hand. Her skin was warm and soft against my weathered palm. I held onto her just a second longer than was polite in normal interaction. She noticed, just as I knew she would.

"Listen," I said, lowering my voice to a barely audible level, making her lean into me to hear. "I know it's terribly rude to eavesdrop, but I couldn't help overhearing that conversation." Her cheeks turned a lovely crimson at my admission. Her gentle breathing accelerated. "I just want you to know that Blondie over there and her pussy-whipped boyfriend are way off base."

She turned her head slightly to look at me. There was confusion in her eyes, so I decided to be as clear as possible.

"You are not a whore. You are not disgusting. And, you shouldn't let some flake with a stick up her ass tell you otherwise. I think you are a beautiful, sexy, alluring creature, Kat." She flushed at my praise and looked down at the counter. "No, no, no, you keep those big brown eyes right here," I said, brushing her chin with my fingertips and turning her head back to me. She was close to crying, but under the fear and embarrassment I detected arousal. I could practically smell the desire on her.

If she was as naturally submissive as I pegged her to be, my best bet was to give her a gentle command. I was only going to get one shot at this. I didn't let her go, but instead gently brushed the side of her face with my thumb. She leaned naturally into my touch.

"Let me prove it to you,” I continued. “Let me show you how unbelievably desirable you are. I'm having a party out on the ranch tonight, just a small group. Come hang out with us. No pressure, no condescending bitches, just a relaxing night with some hotdogs and marshmallows. We'll have a great time."

I hadn't asked a question, so she couldn't give me an answer. If I pushed for one now, I thought it was likely to be "
N
o." I wanted her to stew on it for a while and hopefully let her hormones make up her mind.

I let go of her face. Grabbing a pen from the jar on the counter, I drew her a quick map from the store to my ranch and scribbled my phone number at the bottom.

"Come over about eight or whenever you get off work."

"Great," I said, giving her what I hoped was a non-threatening smile. "I'll expect you shortly thereafter." That was more of a confirmation than I had hoped to get.

I pulled out my wallet and dropped a twenty on the counter. I took the crop and smacked it once in the palm of my hand before walking to the door
,
making her jump slightly. I threw a wink at her as I left and then climbed into my truck.

The ball was in her court. Either way, I was glad that I no longer needed to spend every Saturday at The Town Feed. Either she would come, or she wouldn't. I had no idea what the odds might be. I hoped for her sake, and mine, that she would.

After Cody left, I wasn't sure what to do with myself. I was scared and humiliated. Talk about embarrassing! This incredibly handsome stranger heard the whole discussion about me sucking Jake's cock. And even worse was that he'd heard Jamie's assessment of my recent sexual activity. I'd never been so mortified.

What was really blowing my mind though was the ever-growing ache between my legs. When he told me that I was sexy and alluring, I was inclined to believe that he was joking, but his eyes said otherwise. I got the impression that sex was serious business for him. The no-nonsense way that he had spoken to me had an effect on my body that I couldn't begin to describe. He radiated sexuality and power, and he knew it. Every touch was deliberate, every advance calculated.

After Jamie's little rant, I felt alienated, like I should be ashamed to want more out of sex than having a sweaty man pump twice and quit. Sex for me had been
nice
, but I just didn't want nice. Jake and I had grown up together, learned to ride horses together,
gone
to school together. I would never see him as anything but a boy. I let him take my virginity thinking that it would somehow make him seem more like a man to me, but even then he seemed like my brother. I had to break up with him because I knew it wouldn't get any better. We would never be compatible in the bedroom.