Read Inside a Silver Box Online

Inside a Silver Box 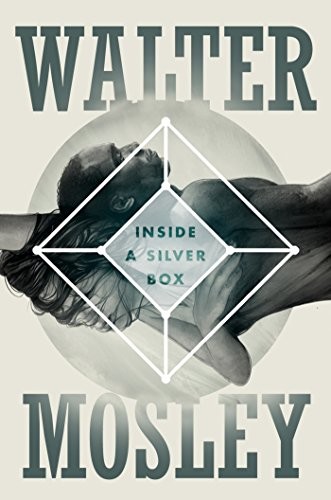 I
T WAS SOMEWHERE
else when the only life on Earth consisted of single-cell creatures dancing in the sun, dreaming ever-so-innocently of shadows in light. It had retreated into nowhere when packs of marsupial wolves bayed at the platinum moon in a velvet black sky. It was everywhere when primates destined for humanity were trapped on an island created by sudden geologic upheavals, there to slowly shed most of their hair and tails, thoughtful brows and free sensuality in exchange for a sense of tragedy and its ensuing restlessness. Somewhere, nowhere, everywhere—all ending here; the Silver Box traveling in space and through time, encompassing with its sometimes six, sometimes six septillion walls the entire breadth of existence. But then the Silver Box phased out of forever-time, creating a nexus that reached from its underground grotto beneath the wilderness that was to become a great public park to places that bore no resemblance to the empty space around the tiny planet; most probably its last home. The energy released when the Silver Box concentrated its being on Earth was enough to shatter Sol and the entirety of his gravitational domain, but the Box swallowed that force, held it inside its myriad walls.

Not purely matter or energy, neither here nor there, the Box is featureless inside and out, becoming material only in the minds of the few that have seen and been summoned, or defeated.

Somewhere, nowhere, inside, or next to the pulsing bright thing is a corpse billions of human years old. The cadaver is round on top with a huge desiccated eye and seven short limbs that to a human might appear to be taloned arms. Three legs, two longer than a shorter one, are curled under the long-dead Deity, Legacy, onetime master, and current prisoner of the Silver Box.

The corpse was named Inglo. Over many thousands of generations, his race had built the Silver Box—or at least, what the Box had once been. They used its infinite power and limitless being to lay claim to everything, everywhere. Inglo and his kind, the Laz, dominated, stole, and destroyed the fruits of a billion cultures. All beings were helpless before the Silver Weapon and the bigheaded, awkward beings it answered to.

Worlds were turned inside out. Whole races were eradicated overnight, their entire cultures erased from the material world. Quadrants of the universe were perverted, turned into travesties, impossible paradoxes, into billions of light-years of porous solidity, where material rules changed without apparent rhyme or reason and where once-proud races were reduced to impoverished migrancy and madness.

While all of this happened, the Laz made themselves immortals and began to believe that they really were gods. They exhorted the Silver Box to come up with ever more complex and perverse pleasures that they, the self-proclaimed overmasters of the universe, could delight in.

They, the Laz, saw themselves as artists who re-created life into images of perfection and deep experience. As time passed, these self-proclaimed overmasters came to see pain and suffering as the most sublime and beautiful aspects of life in any form.

The problem was that in order to create the level of anguish that the Laz demanded, the Silver Box found that it had to better understand the pain of life. It reasoned that the best way to understand a feeling was to empathize with that emotion, to experience it. So the Silver Box decided to meld with the minds of an entire race of victims in an attempt to achieve understanding of what the Laz had wanted.

It burned and froze, starved and killed the loved ones of the unsuspecting race—Laz-Littles #333278365487. It became the mother torn from her child, and the man blinded, bereft of clothes, and left to wander the frozen wastes of an endless tundra. It was a woman and her daughter raped by a different man every hour, day after day, for a thousand days. It was every one of a hundred million inhabitants whose stone and steel city suddenly turned to fire.

And then—overnight, as the humans say—the Silver Box transformed into an independent thinking being that felt remorse and resentment, the inescapable pain of guilt, and the desire for revenge. The beings it had destroyed, the life it had sundered weighed on this newly formed empathy. Much of what had been done could not be undone. Life could be created or destroyed, but it was beyond the power of even the Silver Box to re-create what had been destroyed, to wipe away the feeling of anguish without obliterating the identity of its victims.

No, the Silver Box could not heal the pain it had inflicted. All the celestial construct knew was how to maim and destroy, to pervert and diminish. And so it decided to use these talents against its onetime masters. During the ensuing eons-long war, the Silver Box lured all the souls of the ten million Laz, tricking them down into the trap of their ruler’s, Inglo’s, body and soul.

This tactic did not destroy the evil overmasters but it caused them great distress. This intimacy of mind and body was painful for each and every one of the would-be gods. The Silver Box had been certain that the mad Laz would spend the rest of its/their days roaming the streets of its depopulated city in a state of psychosis that would render it/them helpless while exacting some small modicum of justice for the trillions of beings they ravaged.

In this calculation the Silver Box was wrong.

Over time—many millennia—each and every one of the Laz gave up its will and self-awareness to their king—Inglo. All their knowledge and power became as one, creating the most powerful living being that had ever existed. Instead of rendering its onetime masters helpless, the Silver Box made them more formidable than they had ever been.

That was the beginning of the Second Universal War.

This conflagration, this Great War, shook the core of existence, re-forming and decimating billions of galaxies in its wake. Inglo, using the hatred and strength and spite of ten million would-be gods, launched himself against their creation. They fought across the solid galaxy and upon the vermilion plane of sundered souls. They met at the moment before the beginning of time, where all being was simply a notion that had not yet found the inroads to reality. They pitted their powers against each other in the vast vacancy of being after all matter had reached the limit of its fatigue and left nothing—not even a vacuum.

Trillions upon trillions died before the Silver Box understood that it was a structure of the Laz and that there was something inside that kept it from eradicating this bitter foe. Understanding this, Silver Box reached deep into itself and pulled out, then crushed the soul that the Laz had given him. When Inglo came to realize what his creation was doing, he tried to escape—but by now the Silver Box was everywhere and everything and there was no place it did not know and see, touch and potentially control.

Inglo’s body was killed. His soul lived on and would live as long as the Silver Box existed, for the Laz had linked their continued being with the omnipotent Silver Box before it had developed a conscience and an antipathy toward its creators.

A
ND SO, CONTRADICTORILY,
the dead Inglo lives and the Silver Box—which is, in essence, everything—seeks to hide from a universe of suffering that calls to it, cries out in pain, and condemns it for its crimes. They are both, Inglo and the Silver Box, buried hundreds of feet below what is now Central Park in Manhattan and have been so installed for more than 150,000 years. There the Silver Box watches over the living corpse of Inglo, who contains his entire race and waits for a sign that he can achieve release and vengeance.

This, the Silver Box believes, is its destiny—to stand guard over the race that is but a single being who, through the agency of the Box’s omnipotence and perverted innocence, nearly destroyed everything.

So the Box concentrates its awareness in just one place, and Inglo and the Laz sit there next to him, a desiccated husk that lives even though it is dead and mostly insensate.

R
ONNIE BOTTOMS WAS
a bad boy then a juvenile delinquent then a young thug who ranged up and down the streets of New York: a comparatively minor predator in a city that was something like a wilderness for people like him.

Ronnie was bitter, black, bulbous but strong, and he felt a continual, gnawing hunger. He was hungry for food, but not only that—he also wanted cigarettes and sex and any drug he could get his hands on. Most of all, Ronnie was hungry for money—that one thing that could satisfy all his other desires.

He was in Central Park that late morning after sleeping in a bedroll in a man-sized crevice under a rock he had excavated himself earlier that summer. He wore a brown T-shirt and black jeans, tattered tennis shoes, and had stubble on his chin because he had shaved only three days ago at the uptown, East Side Y on Ninety-second Street.

Ronnie was hungry, very much so after sleeping in a hole and shitting next to a tree.

L
ORRAINE FELL WAS
a Columbia University graduate student of comparative religions. Blond, beautiful, buoyant, brainy, and intently curious, she ran six miles every morning, silently asking herself questions that had no answers. After her run she’d stop at a little kiosk near Central Park West and Eighty-second Street, buy a croissant, a bottle of mineral water, and a piece of fruit. These she would carry to some comfortable nearby perch. That morning she chose the top of a tall boulder left over from a previous age, now used as a landscaping detail in the great park.

That morning Lorraine was thinking about the stone she sat on. She wondered if there was ever a time before the atoms that the ancient boulder comprised. Was Time itself contained within the matter that marked it? Was God also in that stone as Time might have been, unknowable by any part of its elements—indecipherable even to her mind asking the question?

Ronnie’s mother, rest her soul, would have told the hapless white girl that she should have been looking around her rather than wasting her talents thinking about infinity. Because if she had looked down, she would have seen that Ronnie Bottoms was climbing up from his hole, attracted by her fanny pack and strong buttocks in those silken shorts. If she’d just looked down, she would have seen the dark and powerful hand reaching up to grab her ankle.

Molding Clay by Ciana Stone
Tiger Babies Strike Back by Kim Wong Keltner
The Royal Mess by MaryJanice Davidson
Death in a Turkey Town: A Chloe Boston Mystery by Melanie Jackson
Stars Collide by Janice Thompson
TheRapunzleFactor by Viola Grace
A Shimmer of Silk by Raven McAllan
From Mangia to Murder (A Sophia Mancini ~ Little Italy Mystery) by Mickelson, Caroline
Faces of Deception by Denning, Troy
Deliverance by James Dickey
Our partner