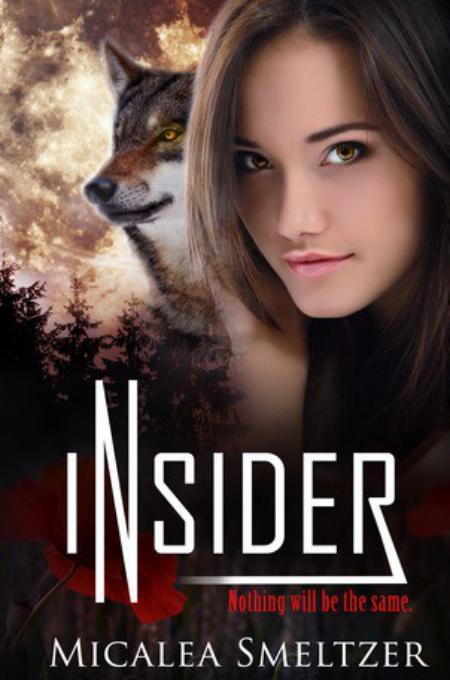 This is a work of fiction. Names, characters, businesses, places, events and incidents are either the products of the author’s imagination or used in a fictitious manner. Any resemblance to actual persons, living or dead, or actual events is purely coincidental
.

To the dreamers
everywhere

And you shine bright so I can see

You catch my tears as they fall
It’s like I never left at all
And all the world feels so small
Cause right now we are high above it all
So hold me close, don’t ever let me go
Tell me what I already know

I knew in my heart that nothing would be the same.

My scars, both physical and mental, had changed me.

I wouldn’t lie down and let someone hurt me, hurt my pack.

I’m going to stand up and fight.

The small black and white dog jumped into my suitcase for the third time.

“Archie,” I groaned. “Please, stop it,” I said picking up the little dog and looking into his sweet brown eyes. He gave me a little doggie whimper before I set him back down.

I had to finish packing. Caeden would be here any minute to pick me up.

It was the day before Spring Break officially began and we had a plane to catch to
L
ü
beck,
Germany.

The little Boston
T
errier
pawed my plain black suitcase and let out a cry.

“Archie,” I said, “I’ll be back soon. You won’t even know I’m gone.” I kissed the dog on top of his soft head and then scratched him behind the ear. His back right paw thumped enthusiastically. I smiled at him.

I stuffed the last of my clothes in the bag and then zipped it easily. I smiled satisfied. I’d managed to get a week’s worth of clothes and essentials in one carryon bag. Success was mine.

I shrugged my shoulders at the little dog. “Sorry bud, time for me to go.”

I wheeled my bag
behind me and Archie nipped at my heels
.

Caeden smiled when he saw me. “What, no fifty bags?” he joked.

I pretended to be offended. “Of cou
rse not. I’m a simple girl. See--
sweatshirt, sweatpants, and ponytail,” I said pointing to each.

He laughed and then kissed my cheek. “I know
it’s
part of the reason why I love you,” he smiled.

“Good,” I said. “Because you’
re not about to get me in another dress,” I said referring to prom.

He chuckled. “You look good either way.”

“Suck up,” I said and smacked his arm.

Gram clucked her tongue. “If you two keep bickering like an old married couple you’ll miss your flight.”

“Gram’s right,” I said to Caeden. I pulled her into a hug and kissed her cheek. “I’ll miss you Gram.”

“I’ll miss you too, sweetie,” she said and patted my cheek. She looked between
Caeden and me
. She pointed to each of us and said, “You two be good. No funny business.”

Caeden chuckled. “Don’t worry. I don’t have a death wish and I’d prefer for Sophie’s dad to a
ctually like me,”
said Caeden with a smile.

Gram narrowed her eyes at him but didn’t say anything.

I turned to Caeden. “Alright, let’s get out of here before she gives us the safe sex talk.”

Both their faces blanched and I quickly scurried out the door
,
my laugh carrying behind me.

I turned around and Caeden came striding out the door with my bag in his hand, shaking his head at me, with Archie nipping at his heels.

Caeden chuckled. “No, he doesn’t. We’re bringing the familiars. See,” he said and pointed to the back of his red Jeep.

I could see a large crate in the trunk with the huge Murphy
was
sitting inside it looking displeased.

“I thought Murphy and leather didn’t mix?” I joked.

“Hence the cage,” said Caeden with a grin. “
Bryce
would not relinquish the use of Stella so I had to put Murphy in a cage. He’s not at all happy,” Caeden smiled.

He opened the trunk and put my suitcase in before petting the dog on the head.

“Sorry Murphy,” he said. The dog playfully nipped at his fingers. Caeden laughed and closed the trunk.

He shook his head and then suddenly pulled me into his arms. Our bodies were so closely molded together that air couldn’t pass through.

“
Shh
,” he said and one hand caressed my cheek while the other held me firmly to him. Both my hands were flat against his hard muscular chest. His hand that had been caressing my face tangled in my hair as he pressed his lips firmly against mine. My toes literally curled. My mouth opened underneath his and he deepened the kiss with a moan before he pulled away.

“What was that for,” I panted.

He tucked a piece of hair behind my ear. “With your parents around I’m probably not going to have a lot of time to
do
that. It’s going to be a long week,” he sighed.

He chuckled and then held my door open for me. Archie hopped in and then up on my lap. Caeden jogged around to his side and started the car.

I saw Gram peek out the front window and waved at her. I saw her narrow her eyes suspiciously but she finally waved back.

“Away we go,” said Caeden with a grin as he backed out of the driveway and we began the
one hour
drive to the airport.
He took my hand. “Are you excited to see your parents?” he asked as we got on the interstate.

“Yeah,” I smiled. “Nervous though,” I said with a laugh and glanced at him.

“Hey, I already met your mom. Now it’s your turn,” I said and squeezed his hand.

“You didn’t have to go to a whole other continent to meet my mom,” he said, “and your dad is a Beaumont.” He gulped, “This should be his pack. Not mine. What if he doesn’t think I’m adequate enough for you or the pack?”

“Caeden,” I said. “You’re perfect. He’ll love you. You’re worrying over nothing. I promise you. You’ll be like the son he never had.”

“I hope you’re right,” he said taking the exit.

“I am,” I said reassuringly.

“Welcome to Virgin Atlantic Flights,” said the overly perky red head flight attendant.
She was probably twenty-five or twenty-six and her eyes kept lingering on Caeden. A growl rumbled in my chest. It was the growl of a wolf. A wolf saying, back off he’s my man.

Apparently she got the message because she moved away with a strained smile. Caeden squeezed my hand and emitted a low chuckle.

“Stop it,” I smacked him. “What if that was some guy hitting on me? I swear you attract single females in a five mile radius like a fly to honey.”

“I can’t help it,” he said, “I’m just
so
charming and insanely good looking,
”
he rubbed his jaw.

“Conceited much?” I joked and petted Archie who snoozed happily on my lap. Poor Murphy was too big and had to fly with the suitcases.

“Don’t worry, babe
,” he said leaning towards me so his cerulean blue eyes dominated my vision, “I’m all yours.”

I laughed and then sobered. “I love you, Caeden, with all my heart, I do.”

His eyes darkened. “I love you too, Sophie. I won’t let him get you,” he whispered sensing my thoughts.

I sighed and leaned my head back. “I know you won’t but it still scares me. He’ll know I’m a shifter now.”

“He hasn’t shown his face in months,” hissed Caeden. “Maybe we’re lucky and something happened to him.”

Caeden shrugged and buckled his seatbelt. “One can always hope.”

I rubbed my face. “I don’t think we’re that lucky,” I sighed.

“I don’t think so either,” he said as the plane taxied.

“At least we have each other and I’m not so defenseless this time,” I said flashing my
wolfy
teeth at him.

He grinned. “Nope, you’re a natural. Travis won’t know w
hat’s coming for him if he tries
to attack you again.”

“I really hope there isn’t a next time,” I whispered.

“If there is we’ll handle it together,” he said as the plane to
ok
flight.

I clenched my teeth and tried desperately to get air to my starved brain. If this annoying red head didn’t go away I was about to go all wolf up in here and it wasn’t going to be pretty. My wolf was screaming at me to defend my territory. Caeden was mine and she just wouldn’t get the message!

She leaned over me to hand him his soda practically shoving her ample chest in his face.

Sophie.
Caeden warned in my mind. No doubt I was shimmering around the edges as my wolf form tried to take shape. My fingers dug into the leather armrests leaving claw marks.

“Can I get you anything else?” she said in a sickeningly
sexy
voice.

I glared at her but she ignored me, that was her new policy, ignore the angry girlfriend.

Caeden smiled politely at her and leaned over me like he wanted to have a more intimate conversation with her. She leaned down, once again giving him a great view of her, um… assets.

“I’d appreciate if you’d stop flirting with me,” he smiled. “It’s very rude and not at all the kind of behavior you should have on your job. I might have to file a complaint. Oh and I’m still in high school,” he added and she paled.

She slowly stood and pulled her short skirt down so it was a tad bit longer. Color flooded her cheeks making her look like a tomato. She ducked her head and darted away.

“Thank you,” I said and the air finally flowed freely to my lungs.

“Sorry I made you suffer this long but it was so hot watching you get all worked up,” he grinned wickedly.

He chuckled. “Oh
now I know that’s not true.”

“You’re right,” I said, “but that was unusually cruel.”

He grinned and gently stroked my cheek with his index finger. “You know there’s only you,” he said.

“I know that,” I snapped. “I’m not some insecure
girl
,” I hissed. “But I am a wolf. You know that. Your instincts are the same as mine if a man would come onto me. My body screams that it’s wrong. You’re mine, Caeden. My body doesn’t like it when other women touch you,” I said and found my fingers digging into the leather seats again.

Blessing the Hands that Feed Us by Vicki Robin
Longarm #396 : Longarm and the Castle of the Damned (9781101545249) by Evans, Tabor
Along Came a Cowboy by Christine Lynxwiler
The Only Good Priest by Mark Richard Zubro
Summerkill by Maryann Weber
A Dad of His Own by Gail Gaymer Martin
City of Bones by Michael Connelly
Flight of the Golden Harpy by Susan Klaus
Snakehead by Ann Halam
A Man for the Summer by Ruby Laska
Our partner