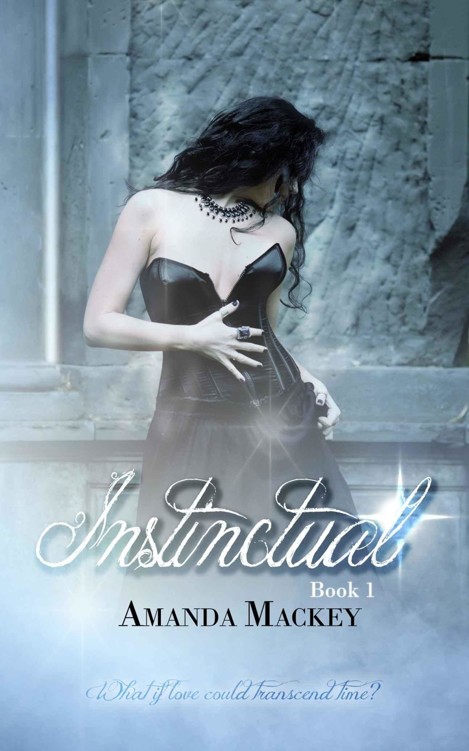 The carnival music drowned out the irregular rhythm of his pounding heart. It did little to quell the sudden onslaught of warning bells that propelled him into high alert mode, piqued by two out of place suits moving towards him. They were zigzagging through the procession of floats parading down the promenade also known as Passeggata a Mere in the Italian town of Viareggio.

The population of 64,000 had increased to over 100,000 in a matter of days, causing the over-crowded promenade to struggle with the influx.

The target eyed his two assailants pushing their way through the throng of heads and shoulders.

There was nothing to do but run. Cutting his call short, the target fumbled with the “off” switch on his cell phone and made a move. His legs thrust him on before his mind could catch up. His height made it impossible to disappear into the mass of onlookers as he mumbled half-hearted apologies after pushing aside everyone in his path. He stumbled over feet, prams, portable chairs and litter that had inadvertently been tossed aside to blow in the breeze and roll along with the revelry.

He noticed the stunned tourists stop and stare as he blew through like a tornado.

Going against the grain of traffic slowed him down. He knew it would have been so much easier to get swept away on the tidal wave of bodies surging northbound, hiding amongst the floats, but the suits obviously had thought out their plan of attack carefully, hoping to make his getaway as hard as possible. There was no room for error. These guys meant business and were fully trained to take him out. That much he knew. One on one he could handle himself but two against one would be a struggle.

Brightly colored papier-mâché faces with cheesy grins and oversized arms flailing madly made his escape even harder as he wove in and out of the procession, cutting sharply left then right.

Beads of sweat slithered into his alert, focused eyes as his better than average, toned physique failed to lose the tailgaters. In fact, turning his head for a quick look, he could see they were gaining, fast. In seconds they would be upon him, the outcome far from pleasant. He needed to increase the distance to have any chance at all but it was virtually impossible with so many people around.

He’d known the dangers of working in the industry when he’d stupidly jumped on board but he’d underestimated just how treacherous things would become. It wasn’t like he’d been in it for the long haul. Just enough time to stash some cash away, fulfill a lifelong dream, and help out someone who thought of him as family. Someone who had a lot of time and money invested in the industry.

He’d certainly achieved financial independence but in light of the current situation, he doubted he’d live long enough to enjoy it.

He wasn’t going down without a fight, though. He’d lost everything because of this shit and there was no way in hell he was going to surrender. It was all or nothing.

“Come on, assholes! Let’s see what you’ve got.” The words came out with great, breathless effort as he gasped for oxygen.

Images of a life lost, a love ripped to shreds, spurred him on harder as his lungs burned almost as fiercely as the lactic acid built up in his toned legs.

He cut in front of a large float resembling an ex-US president, hoping to use its size to throw them off his scent but it was just wishful thinking as the two determined opponents were quick to follow. And it wasn’t just Tweedle-dee and Tweedle-dum that were breathing down his neck. The choppy breeze causing his hair to stand on end threatened to batter the coast and put an end to the rest of the carnival. The odds were stacking up against him.

He didn’t know how long he could keep them at bay. They were armed and dangerous. Regrettably, his .38 Smith and Wesson sat in its holster under his pillow where he’d placed it the night before, numbing himself to sleep with his reliable bottle of Jack Daniels. He cursed under his breath.

As fit as he was, the enormity of running to survive took its toll rather quickly, even though he’d trained seven days a week, three hours a day since forever. All that training had been in preparation for moments like this and yet now that it was upon him unexpectedly, he wondered if it had been enough.

Eying an escape route on his left, he turned onto via Cristoforo Colombo, scanning the short street shrouded with apartments with a huge park at the end. Locals sitting on balconies with front row seats to the parade clapped and cheered, oblivious to anything untoward transpiring below.

He was grateful for the lightweight, casual attire that he’d unwittingly thrown on earlier that day. If he’d rode his bike into town instead of walking he’d be weighed down by a leather jacket, long pants, and boots, not to mention a cumbersome motorbike helmet.

Looking left, then right at the end of the street, he decided he’d have a better chance of losing them by entering the park and using the pockets of dense foliage to his advantage. It was definitely going to be a case of outwitting them as opposed to out-running them. Maybe he could use the trees to dodge bullets. At that point he was willing to try anything.

Just as he crossed the road and forged into the thicket, he was brought to a shuddering halt by four haunting words. Words that almost brought him to his knees. Almost, but he didn’t let his guard down any more than he already had.

“We’ve got your girlfriend! She’s a real looker, that one. Long, dark hair, gorgeous body.”

The target spun around to find his assailants, guns raised, lasers pointed at his forehead and chest as they neared him. Was it Kate they had? It had to be. She was the only girlfriend with dark hair he’d ever had. The rest had all been blonde. His blood suddenly turned to ice.

An otherwise good day turned to dust. The two men looked so pleased with themselves, too. He wished he could wipe the satisfied smile off the pretty boy’s big mouthed face.

He wasn’t scared to die though, not when he had pittance left to live for. It had all been stripped away. Torn into pieces. Mistakes he could only blame himself for: Bad choices with good intentions. Life would continue to go on in its complicated way long after he was gone. There would be someone else to take his place. He wasn’t anyone special. A nobody, really. It was the people closest to him that would grieve. His parents. Her parents. Her.

His hands fisted into balls at his sides. He was ready to do or die.

“You asshole. I swear, if you lay a hand on her, I’ll kill you myself.”

“Well, it seems you’re in no position to be making threats now, are you, hotshot?” The lanky, pale-faced gunslinger with a British accent gloated complacently as he firmly sighted between the target’s eyes with his Glock G17L.

The target raked his eyes over the younger Italian side-kick whose nose was too long, lips were too narrow and his eyes shifted nervously. His hands were slightly shaking, so he was obviously new to the game.

“What have you done to her?” He glared at the younger man with hatred when he was met with silence.

“Let’s just say she’s doing fine, real fine, if you know what I mean? I had her purring like a kitten. It seems she puts out quite easily when the Glock is held at her temple.” The slimy smirk that formed on the Brit’s mouth failed to intimidate.

Fuck! That was the invitation he needed! That was all it took. The target lunged forward without another thought, unable to listen to further bullshit, wanting blood. He would fight to the death. Take a bullet. Die for her. Of course, he knew he’d never reach the cocky Englishman with the crooked smile who was holding all the aces, but for Christ’s sake, he wasn’t going to cower down in defeat like some prissy schoolgirl. No sir. The love of his life was in mortal danger and he was going to give it his best shot.

Eyes mere slits, jaw rigid, and a low growl tearing from his mouth, he barely heard the crack from the Glock that was locked onto his chest as he thrust himself, full throttle, forwards. He only felt his insides explode in crackling shards of pain as the bullet pierced the skin and worked its magic deeply inside. He fell to the ground, hitting his skull hard on a gnarly tree root before rolling onto his side, his head resisting the turn.

Her face clouded his vision. If he was going to die alone, here and now, he wanted her face to be his last image.

Blood spewed out of his mouth, gurgling noises sounding in his throat as he drowned in his own fluid. The hit men approached warily, their voices fading. All he could hear and see was her. He fought hard and tried to hang on but he felt himself slipping into the numbing black. A welcome darkness that would end the pain. Seconds later her image faded into nothing as his head and body went slack.