Read Into The Fire Online 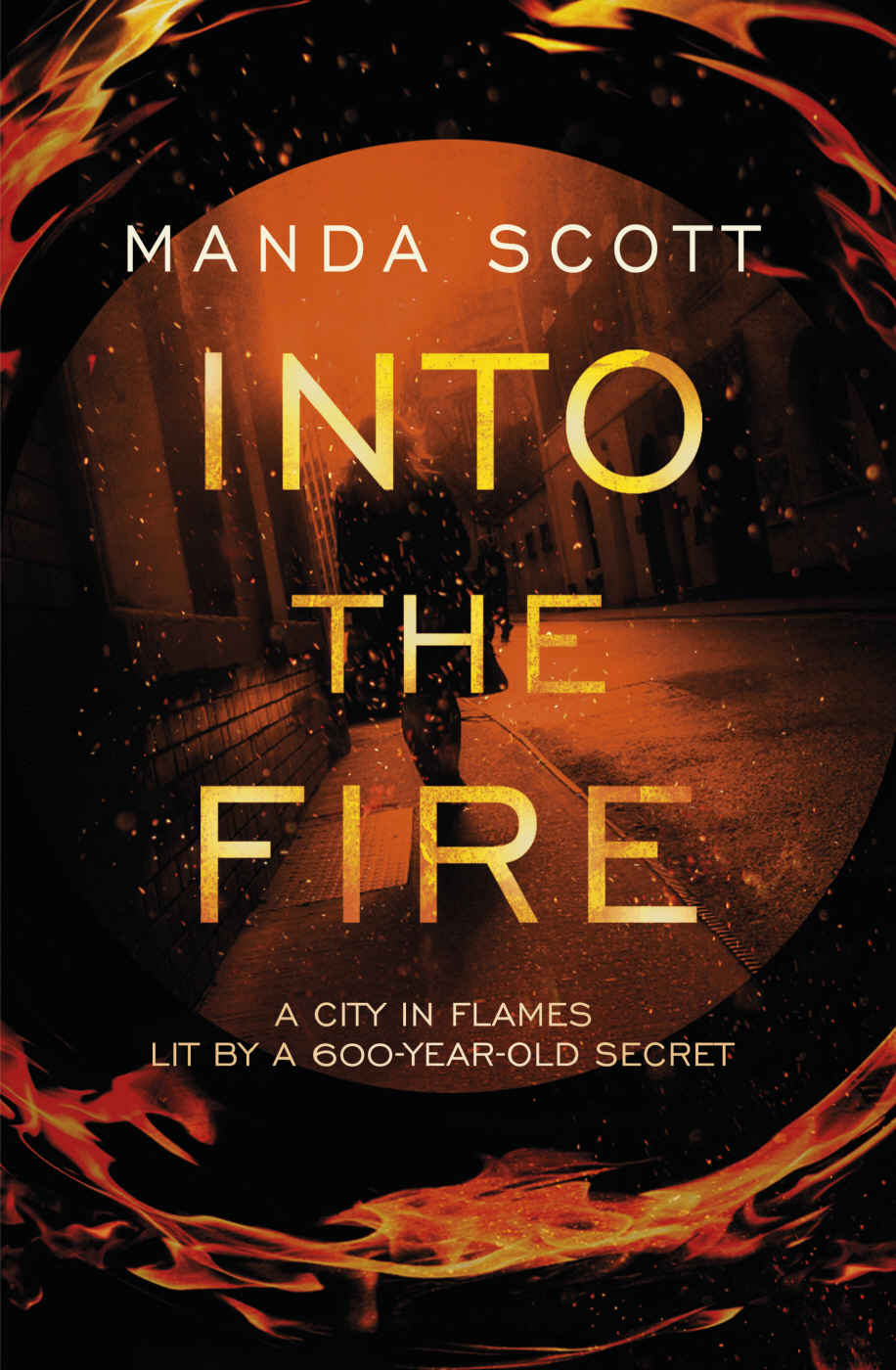 There is a secret, hidden within a body, burning within the flames, which will change it all.

A man’s charred corpse is found in the latest of a string of arson attacks in the French city of Orléans. His is the first death. An extremist group claim responsibility but their whereabouts cannot be found. Police inspector Capitaine Inès Picaut and her team must track them down before more people die. Their only clue? The name of a woman who has been dead for over five hundred years: Joan of Arc.

She is one of the great enigmas of history – a young woman who came from nowhere to lead the armies of France to victory against England. And who died the same fiery death as the man whose body has just been discovered.

As more fires rage in Orléans and the death toll mounts, Picaut must look to the past and the secrets which lie buried there to unravel the mysteries of the present. As the clock counts down, she must challenge some fundamental truths to save those closest to her . . .

Into the Fire
is a breathtaking collision of past and present, a brilliant race-against-time thriller combined with an immaculately woven historical narrative. In it, bestselling author Manda Scott demonstrates why she is one of the most exciting, innovative and highly accomplished storytellers of our age.

For Millie, Laura and Sarah,
warrior women of the future,
with love

‘How often have I said to you that when you have eliminated the impossible, whatever remains, however improbable, must be the truth?’

Again, another fire, and this one a vast, leaping beacon, fit to melt the rooftops of slumbering Orléans.

Picaut can see the glare from the window as she throws on jeans and jacket. Outside, she navigates by its light, following the scorched sky through winding streets in her car and then on foot.

A paved courtyard ten metres deep acts as a break between the fire and the road. This close, a savage heat sucks the breath from her lungs, dries the film of tears from her eyes. The flames are many times higher than the building on which they feed and brighter than any manmade light.

The roar is deafening, loud enough to swamp the traffic and mute the many sirens. This fire is bigger than any of the three that have come before it and this, unlike its predecessors, has been lit in the old town, in the pattern of narrow, cobbled streets between the cathedral and the river. Nothing is isolated here. Tonight, Orléans could lose its ancient, beating heart.

Worse, the air is dense with the taste of evaporating iron, of molten plastic, glass and mortar, but under these, threading through them, rising, is the stench of burning hair and blood and bone, and this is new. Before, the fires ate buildings, not people. This one is feasting on flesh and, by the look of the municipal police and state police and random hangers-on, all standing at a safe distance, no one can get close enough even to begin to find out who the victims are. Were.

The call comes from behind her. Turning, Picaut takes a moment to see who it is, and then wishes she hadn’t.

She nods a kind of greeting. ‘Lieutenant Garonne.’

When they were lieutenants together, he was Guillaume and she was Inès and they were as close as any professional relationship could be that stood just on the safe side of intimacy. They were matched in temperament and style, and had forged in the furnace of detection and risk a friendship that was greater than the job, or so they told themselves.

But that was then and this is now, and now he speaks to her only when he has to, which is more often than either of them would like.

Garonne is a soft man in a hard man’s frame which has begun to revert to type. He is of an age where the last round of promotions was his final chance to make captain. Nine months later, he carries his disappointment in bags beneath his eyes.

Tonight, though, he arrived at the crime scene several minutes before Picaut and he wishes her to know this. His notepad is thick with new writing and he flourishes it as evidence that he is the better officer, she in dereliction of her duty.

‘Hôtel Carcassonne. Owned and run by Madame Foy, who was present when the fire began. She had seven patrons; six are there—’ He gestures over his shoulder to the refugees clustered at the margins of the firelight. ‘The seventh remains unaccounted for.’

A pair of wraparound shades rests on his brow, a ridiculous affectation in the middle of the night. Looking into the lenses, Picaut sees herself reproduced twice over; small, slim, slight of build, with short-ish, ragged-ish, unruly hair that is never quite blonde. She thinks her face is too freckled for grace, her grey eyes set too wide apart for beauty. Luc, at his most romantic, called her ‘fascinating’.

She is not fascinating now. She is tired and fed up and wants to go back to bed, and where that is, and with whom, if anyone, is her own fucking business.

She doesn’t smell of sex, she isn’t wearing lace underwear and because she’s wearing what she always wears, which is yesterday’s jeans and a sleeveless white T-shirt that wouldn’t hide anything, under an oversized buckskin jacket, Garonne, and so Luc, should know that she has nothing to hide.

She presses her fingers to her face, crimps her eyes, shuts out the past. ‘Who’s the seventh patron? The one left inside?’

‘Madame Foy can’t remember his name. He booked in this afternoon, but she was talking on the phone to her daughter, who has just been told that she’s carrying twins. In her excitement, Madame Foy failed to commit her new guest’s name to memory. He was tall, moderately good-looking, but not excessively so. He was Caucasian, dark-haired. She thinks he was English, or maybe American. Which is to say his French was perfunctory and he spoke English with an accent.’

Which narrows it down not at all. ‘Fucking wonderful.’

‘The German’ – Garonne jerks his thumb over his shoulder – ‘thinks he was American.’

‘He overheard a phone call at dinner at which our missing man referred to colleagues at Cornell University and said he had asked them to “expedite the results”.’

‘How good’s his English?’

That sets the bar fairly low, but not impossibly so. Picaut turns to look. In the sorry huddle of the former hotel’s patrons, any one of the men could be German.

The women, though … There’s one who catches the eye, set apart from the rest. ‘What about her?’

Oh, dear God. To Guillaume Garonne, anyone is black who can’t trace a dozen generations of pure white French ancestry to before the First Republic, but just this once, he’s right: this woman is not the Arab black that is really olive brown, but ebony black, West African black, tall, lean savannah black with brilliant black hair that falls to her shoulders in an avalanche of polished treacle.

Love Under Two Gunslingers by Cara Covington
Chocolate Girls by Annie Murray
Murder in Mind by Veronica Heley
The Gilded Cuff by Smith, Lauren
Back to Square One (Brandon Bay Babes) by Calbane, Noni
Shattered Dreams by Vivienne Dockerty
The Lying Down Room (Serge Morel 1) by Anna Jaquiery
Murder to Go (The Heights Bed and Breakfast Cozy Mystery Series Book 1) by Susan D. Baker
Devil's Game by Patricia Hall
DARKSIDE OF THE MOON by Jodi Vaughn
Our partner