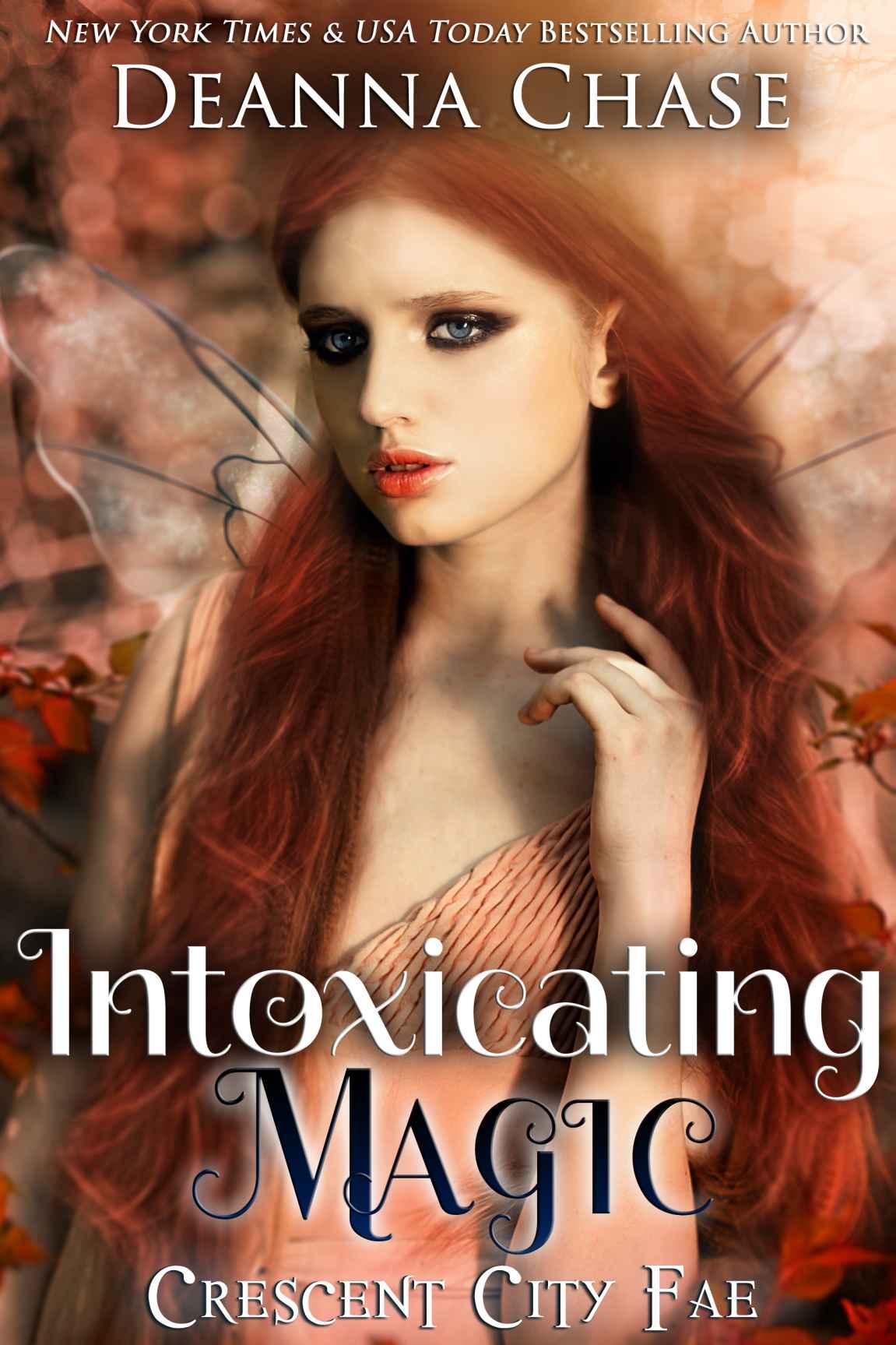 Willow Rhoswen is finally coming to terms with the fact that Talisen—the healer she thought was the love of her life—has left town and is trying to get on with her life when a rogue vampire poisons three of Allcot’s guards. With his most trusted security team on the verge of death, the notorious Cryrique leader orders Willow to bring Talisen back to New Orleans before it’s too late.

But when she gets to her hometown of Eureka, California, Willow once again finds herself the target of her brother’s murderer. And suddenly no one is who they seem. With spies, secrets, and undercover missions to navigate, Willow’s determined to not only survive but to do whatever it takes to protect the ones she loves and save her friends, all while hopefully getting her happily-ever-after.

To be the first to hear about Deanna’s new releases,
sign up for her newsletter
here
.

Copyright © 2014 by Deanna Chase
First Edition 2014
ISBN: 9781940299181 eBook Version
ISBN: 9781940299211 Trade Paperback
Cover Art: Phatpuppy Art
Typography: Bookish Brunette Designs
Interior Design: The Printed Page
All rights reserved. No part of this publication may be reproduced, stored in, or introduced into a retrieval system, or transmitted in any form, or by any means (electronic, mechanical, photocopying, recording, or otherwise) without the prior written permission of both the copyright owner and the publisher of this book.
This book is a work of fiction. Names, characters, places, and incidents are products of the author’s imagination or are used fictitiously. Any resemblance to actual events, locals, business establishments, or persons, living or dead, are entirely coincidental.
Bayou Moon Publishing
[email protected]
www.deannachase.com

Other Books by Deanna

Thank you to my team: Anne Victory, Red Adept, and Lisa Liddy. You make me look good. Also my Shih Tzu Duncan Donut would like to give a huge shout-out to the readers of the Crescent City Fae series for all of your kind comments about Link. If you weren’t already aware, Duncan Donut is the inspiration for Link, and the two are more similar than you might think…right down to the inner wolf. Whatever you do, don’t get between the Shih Tzu and his mistress. 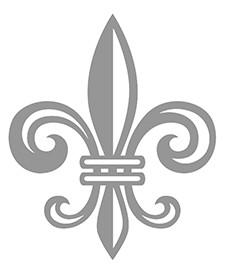 “A strip club?” I shot Phoebe a sidelong glance as we stopped outside the front door of Mecca on Bourbon Street. “Seriously?”

Her black eyes danced with something close to giddy anticipation. “This is where he works. Besides, this isn’t a strip club. It’s a burlesque show.”

“My mistake,” I said, amused. Either way, the dancers took most of their clothes off.

I glanced at Link, who was sitting right in front of my feet. Smart dog, considering all the drunken spring-breakers stumbling around us. Flaring my wings, I bent to pick him up. If I pretended he was a purse puppy, they weren’t likely to oust us. I could flash my Arcane badge and they’d be forced to let him in, but announcing to everyone who we were wasn’t going to help Phoebe catch a rogue vampire. But I’d do it if I had to. I wasn’t going anywhere near an unknown vamp without Link around.

“You can leave as soon as you sense him.” Phoebe fished some bills out of her skirt pocket. “I just need to know if he’s here tonight.”

“No. Link and I will stay. What if the vamp has backup? The report doesn’t say anything except that there’ve been attacks. You don’t even know if the vamp’s a male.”

I was gifted in sensing vampires. Phoebe could drop them with one flash of her sun agate, but since vamps had mastered the art of blending in, it was damned hard to pick them out in a crowd. Especially after they’d fed.

“True enough. There could be another Clea stalking about.” Phoebe shrugged, referencing a female vamp who’d tried and failed to take us both down not too long ago. “Either way, I can always use the backup. Thanks.”

We both knew she could handle herself, but the vampire we were after was said to be particularly evasive and vicious. A deadly combination. I wouldn’t leave her alone knowing I could do something to help. Besides, I was still her partner and an agent of the Void—the ghost branch of the Arcane, the government agency that oversees all supernatural activity.

Link snuggled into the crook of my arm as Phoebe paid our way into the club. The tall, oversized bouncer eyed Link, raising his eyebrows curiously. I smiled and scratched Link behind the ears, wishing I’d thought to put a cute doggie vest on him or something. Of course, he’d only tear it to shreds the first time he shifted, but it would’ve helped sell his purse-puppy persona.

“If he gets loose or distracts from the show in any way, you’ll have to remove him from the premises,” the bouncer said.

“Sure. Yeah. No problem. He’s always well behaved.” Except when he was stealing Phoebe’s shoes or ripping a vampire to shreds. But then that was part of his charm.

Phoebe snorted her disbelief and took off for a table near the back, one where we’d have full view of the club. I gave the bouncer one last smile and followed her. Depositing Link on the table, I slid into a seat next to her.

“You’re kidding me, right?” She curled her lip as she eyed Link. “Wouldn’t the floor be a better option?”

“No. He can’t see anything down there in his puppy form. It’ll only make him agitated. Besides, it’s not like we’re eating or anything.” Link was part of our team. When was she going to acknowledge that? He’d saved her ass more than a couple of times.

“He’s just obvious, that’s all.” She turned her attention to the club, no doubt taking in every possible entrance and exit.

“Really?” I jerked my head to the side, indicating a tall man who’d just emerged from a door marked Employees Only. “As obvious as that?”

Her gaze shifted, and her scowl transformed into a shocked O. She gave a tiny shake of her head as she closed her mouth. “You might have a point.”

I couldn’t help the laugh that bubbled up from my throat as we both stared at the pasty-white, tall, thin man dressed in a purple leotard, a gold
lamé
belt, and matching knee-high boots. To complete his eccentric vibe, draped over his shoulder was a monkey outfitted in overalls and a lime-green tank top with a matching fedora.

“Sexy,” Phoebe said dryly as she turned away from him.

The man was freaky enough, but what I found more disturbing was the gorgeous brunette who had her tongue in his ear. She was dressed to the nines, her off-the-shoulder silk dress exposing her flawless skin and toned shoulders. Everything about her was pure perfection. And he was pure freak. Please, Goddess, let them both be part of the show. Otherwise the pairing was too unbelievable for words.

“Huh?” I tore my gaze from Mr. Purple Leotard and focused on Phoebe’s narrowed eyes. Oh. Vampire. Right. I shook my head. “Nothing so far.”

She nodded and got up. “Then I’m getting us drinks. You and Link sit tight.”

As if we were going to go anywhere in the overcrowded club. The last thing I needed was to draw attention to myself while Phoebe checked out the nooks and crannies of Mecca under the guise of seeking libations. I tucked my wings against my back and sat back in my chair, waiting for the show to start.

A few moments later, the lights went out and the red velvet curtain rose, revealing a circular stage with a shiny black piano on a raised platform.

“Good evening, ladies and gents,” a voice boomed over the loudspeaker. “Tonight you’re in for a special treat. So grab your cocktails or grab your crotches and get ready to drool, because no one can tease you like Lady Victoooooria Gilman!”

The lights went out, leaving us in pitch-black darkness as catcalls and wolf whistles filled the smoky club. I put my hand on Link, soothing him. His little body was vibrating with the urge to shift. As a wolf, his golden eyes would be able to see everything as clear as day. As a Shih Tzu, he was as blind as I was at the moment.

But even as the words slipped from my lips, I felt the heavy, sticky weight of vampire energy and stiffened. “Shit,” I mumbled under my breath.

Link jumped to his feet, making the table rattle. A growl escaped from his small muzzle. I didn’t even try to stop him. There was a vampire roaming the pitch-black club, and I had no idea where Phoebe was. If Link sensed enough danger to shift, then by God, I wanted him to shift. No matter what the bouncer had said.

One lone spotlight shone on the empty stage as a slow, seductive melody from the piano filled the club. The music ceased and the loud clatter of heels on hardwood pulsed through the club’s sound system. Like everyone else in the room, I craned my neck, searching for the source of the footsteps. The spotlight winked out and immediately reappeared, shining on the abandoned black piano. A lighthearted giggle, followed by the quick succession of those same heels running across the stage, kept our attention as we waited for Victoria to appear. I was just as enraptured as the rest of them despite the fact I was supposed to be searching for the vampire.

“Ladies and gentlemen. We have a special treat for you this evening.” Mr. Purple Leotard appeared in the spotlight. Using the piano bench as a stepladder, he climbed on top of the piano and spread his arms wide. “Prepare to be delighted and thrilled as she and her guest ratchet the heat up to blistering level. And if that means you need to shed a few layers of clothes, then all the better.” His eyes gleamed as he stared out into the crowd. “You know how we like to take it off here on Bourbon.”

And One to Die On by Jane Haddam
The Best for Last by Maria Geraci
Romance: The Billionaire's Demands by Jodi Cooper
Confidentially Yours by Charles Williams
Disinformation Book of Lists by Russ Kick
A la izquierda de la escalera by Maria Halasi
Mail-Order Man by Martha Hix
Sister Heart by Sally Morgan
La mujer que arañaba las paredes by Jussi Adler-Olsen
Heartbreak Trail by Shirley Kennedy
Our partner