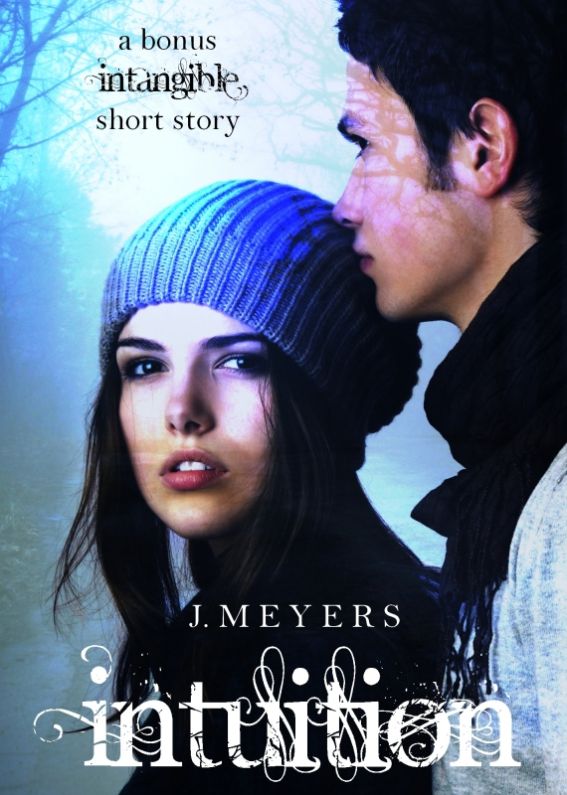 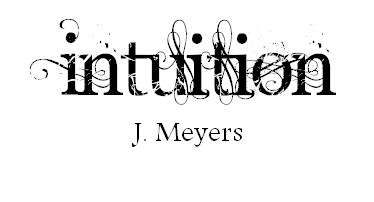 All rights reserved. No part of this book may be
reproduced or transmitted in any form without written permission of
the author, except for use in any review.

This is a work of fiction. The names, characters,
locales, and events are either pure invention or used fictitiously.
No character is based on or inspired by any known or unknown
persons, and all incidents come from the author’s imagination
alone.

Thank you for downloading this free ebook. Although
this is a free book, it remains the copyrighted property of the
author, and may not be reproduced, copied, and distributed for
commercial or non-commercial purposes. If you enjoyed this book,
please encourage your friends to download their own copy at
Smashwords.com. Thank you!

For more about the author visit

That’s what Luke had been feeling all morning
long. He hadn’t had a vision yet, and he couldn’t shake the
feeling. It was making him twitchy.

He always felt off before a vision, but it
had never been this sharp, this all-consuming, this distracting.
Usually he had a slight sense of everything intensifying. It would
wash over him, all his senses suddenly heightened, as if a veil had
been lifted to reveal what’s truly there. His vision was more
focused, his hearing more sensitive, more precise. He was more
aware of everything he touched—the feel of the chair he sat in or
the ground under his feet, how the wind slid across his skin.
Smells became more dimensional, more distinct.

He and Sera half-jokingly called this
intensity of his senses
impending doom
because his visions
were almost always about something bad. But the term didn’t only
refer to the imminent event—it was also about Luke, that he was
doomed to failure. No matter what he did, he couldn’t stop anything
from happening. Which drove him nuts.

And today, he’d woken up with this feeling so
strong, this impending doom, and had fully expected a vision to
take him right away.

He’d waited, laying still for as long as he
could, but then he’d had to get up, had to move. He’d had to see,
hear, smell, and feel the world with his magnified senses.

He adjusted the strap on his backpack so it
wasn’t cutting into his shoulder. Their hike up the mountain today
was just what he needed. Clear his head, take the edge off.

But even as he stood in the parking lot at
the bottom of the trail, he still couldn’t help wonder what it
meant, why it was taking so long for the vision to come. And wonder
if this time the impending doom was going to more fully live up to
its name.

His intuition was telling him something was
coming. He just didn’t know what.

Luke shook his head, shook off his thoughts,
focused on where he was, what he was doing. Maybe this enhanced
awareness was just a new aspect of his gift, rather than an omen.
Whatever it was, he wasn’t going to worry about it. At least,
that’s what he told himself.

It was a perfect morning—bright, clear, and
cool. Just the way he liked it. If not for the feeling of impending
doom, he’d be completely stoked. Even so, it was good to be on a
mountain with his sister. He tugged the zipper of his navy fleece
jacket down halfway and looked at Sera as she climbed out of their
car.

This was a favorite escape for them,
particularly in the fall. By the very beginning of October, Vermont
was in full color-spectrum splendor, and there wasn’t a better
place in the state to take it all in than the top of Mt. Mansfield.
It was becoming tradition for he and Sera, this hike. Just the two
of them. They could let down their guards, not worry about having
to hide their abilities from everyone else. It was a relief—Luke
could already feel himself relaxing into the day, and it had barely
begun.

His grin just got wider at the thought.

“What?” Sera said. Her brow furrowed like she
thought his smile might be laced with teasing, and she glanced down
at her clothes. That almost made him laugh.

Sera looked at him for a minute and her face
broke into a matching grin. “Yeah, I know what you mean,” she said.
“Let’s go.”

The first part of the three-mile hike to the
top was a mile-long access road with a gentle grade. Luke breathed
in the early morning autumn air. It smelled like a forest—dirt,
damp, and green. Within those smells he could detect all the
distinct scents of the inhabitants of the surrounding
wilderness—plant and animal. It was an exhilarating rush
experiencing the world like this, all his senses abuzz.

“So,” Sera said, breaking into his thoughts,
“what do you think about Mom—”

“—and Dad?” Luke said. “I know. Did you see
her this morning when she got off the phone?”

“When she slammed the phone down three times
before hanging it up? Yeah. Not good.”

“I wish there was something we could do.”

Luke sighed. Their parents had been divorced
for eight years, but Sera still held out hope that they’d
reconcile. It just wasn’t going to happen. He knew. And he was
always right about these things. It was part of his gift. But
still, Sera hoped.

And the thing was, he did know. He knew Sera
as well as he knew himself. Maybe even better. That came with the
territory, being twins. They were like each other’s missing half.
That’s how it was with them.

They walked in silence until they turned off
the mountain road and onto the Sunset Ridge trail. As he started
across the bridge just past the trail head, Luke looked back at
Sera, grinned, and took off at a run.

This was also how it was with them. Never an
opportunity to harass let slip by.

“Hey, yourself!” He laughed and glanced back
at her scurrying up the trail. “What’s wrong?” he called over his
shoulder. “Can’t keep up?” Luke dodged large rocks, leaped onto
wooden footbridges. He quickly left her scrambling behind.

Once he’d disappeared from sight, he kept
running until he found a good spot to stop—a couple of large rocks
to sit on and a small break in the trees to admire the view. He was
breathing hard, and man, that felt good. The cold of the rock
seeped through his jeans—a welcome chill to counter the sweat from
the run. He took off his fleece and stuffed it into the backpack,
and waited for Sera to come into sight. Several minutes later she
appeared, glanced up, and shot him a look.

Luke pulled a water bottle out of the
backpack, took a big drink. When she came up alongside him and
plunked down on a neighboring rock, he handed her the water with a
grin.

Luke laughed. “Hey, I thought you wanted to
hike. If it’s too much for you we could—”

Luke was suddenly up the mountain near the
top of the big, steep rock. He knew it immediately—it was on the
Sunset Ridge trail. A man in his late twenties was headed down the
trail toward the rock, wincing with every step he took. His right
foot started to slip on the flat face of the rock and his left foot
came down hard as he tried to regain his balance. He cried out in
pain, his knee gave way, and he frantically grabbed at bare rock
face to slow his fall. He couldn’t get a grip and slid off the
rock, his knee slamming into the ground below.

Luke gasped, looked up. He was still sitting
on the rock next to Sera. Was that it? Was that the vision he’d
been waiting for all morning? He looked around, sniffed at the air.
No. All his senses were still on overdrive.

Sera stared at him intently. “What did you
See?” she said quietly even though no one else was around.

“There’s a guy up the mountain. He’s going to
fall.” Luke stood up, zipped the water bottle back into the
backpack and slipped it over his shoulders. “Come on.”

Luke hurried up the trail, not quite running
because he didn’t want to leave Sera behind this time, but going
much faster than he normally would. He didn’t know how long it
would take to get to that rock. He knew the place well, but didn’t
have a sense for how far up the mountain it was.

He needed to get there. Now.

This was another chance to do the impossible.
There had to be a point to being able to predict the future. Right?
He had to be able to change it. Somehow. Stop the guy from falling.
He at least had to try.

“Luke?” Sera was breathing heavy, keeping up,
but barely. He glanced back at her and didn’t know what to do. This
was hard for her, but he had to move quickly. “Why are we going so
fast? Is he in danger?”

Luke thought about that for a moment. In his
vision the guy had only appeared to hurt his knee. Not a big deal,
really. Certainly not life or death.

“Then what’s the big rush? I can just heal
him when we get there.” She paused for a moment, called to him
again. “Luke! Slow down a minute, I can’t breathe.” She was bent
over, her hands on her knees, trying to catch her breath. He
stopped, turned to face her.

“You want to stop what?”

“The fall. I want to stop it from
happening.”

Sera looked up at him. “To change the
future.”

“Yes.” He bounced on his feet, needing to get
going. His senses on overload. His whole body virtually
humming.

She took one last deep breath, nodded, and
pushed past him. “Well, then. Let’s go.”

Luke let out a whoop and ran after her.

They raced up the mountain, slowing here and
there when they needed a slight breather, but pushing themselves at
a relentless pace most of the time. Through the trees, around huge
boulders, over rocks and roots. They didn’t talk, they just
climbed—both focused on getting there, stopping it, making sure
Luke did not fail. They didn’t notice the greens, reds, yellows,
and oranges of the season going by in a blur.

As they arrived at the bottom of a steep
rocky climb, they heard someone cry out suddenly. And then silence.
Luke stopped cold and stared up the path, his breath gone. That was
the guy.