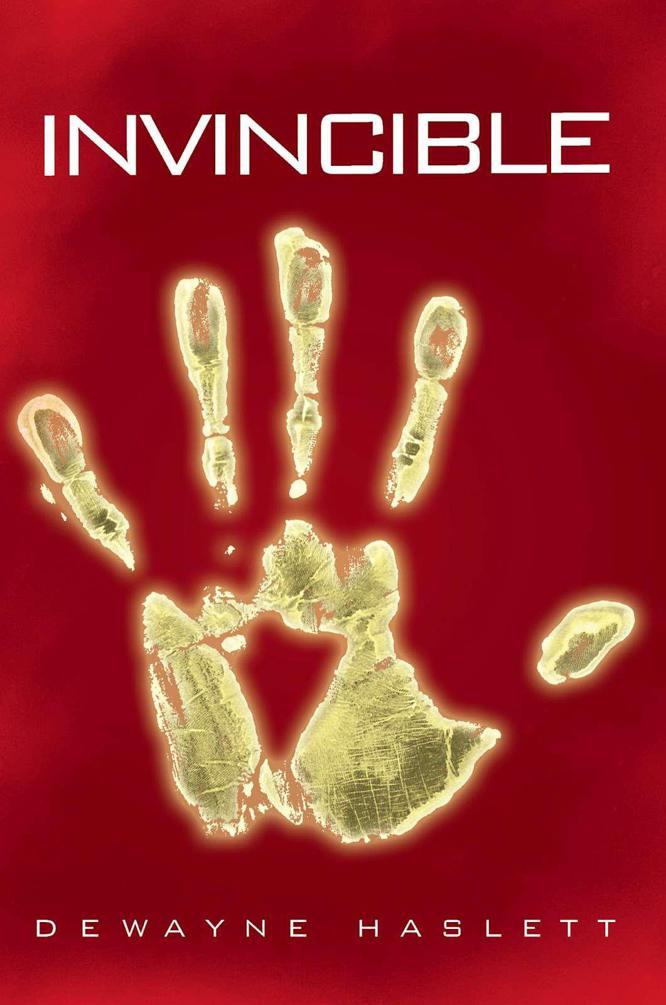 All rights reserved. Published by

No part of this publication may be reproduced, stored in a retrieval system, or transmitted in any form or by any means, electronic, mechanical, photocopying,
recording, or otherwise, without written permission of the publisher.

I open my eyes to an unfamiliar place. I have absolutely no idea where I am. In a living room from the looks of it. Layered over me is a thin, tan blanket, and as I lift it up, I find myself dressed in extremely, baggy clothes that were two sizes, too big for me. Not that I was complaining, or anything. It was better than wearing nothing at all.

I prop myself up and realize that I was lying on a soft, brown sofa. I then turn around to examine the area. The room seemed simple; a table sitting in front of me with pictures of a girl and a young woman, a TV up ahead, a window to its left, and a chair—probably reclining—placed a few feet beside the couch.

I stare at the window, a bright, yellow light shining through it, and from there, my eyes remain.

I tried to put the pieces together, asking myself who I was and how I got here, but my mind just couldn't seem to calculate anything. It was almost as if I was running towards a brick wall, hoping for one second that it would just disappear, and I could walk through it. But it’s only when I hit the rocky surface that I get a taste of reality.

I hear the sound of approaching footsteps, and immediately I turn my head towards its direction. A fairly tall man carrying a steaming mug in his hands walks into the room. He looks as if he were in his thirties, with brown hair, a scruffy beard, and from the looks of it, green eyes, which happen to focus on me with a surprising expression.

"Hey," he says in a relived tone, a smile crossing his face. "You’re awake. I’ve got to tell you, man, you're quiet the sleeper."

A sudden impulse tells me to scream for help, to attack him, and run away as far as I could. But then I pause, reconsidering the thought. Judging from his appearance, he seems like a helpful man. Maybe I should at least give him a chance.

I place my feet onto the floor, in case this guy wanted to sit beside me. Sure enough, he did, handing me the mug.

I was confused for a moment. I couldn’t remember what this
coffee
was, but I was for certain that it was made with some kind of beans.

I take the mug from his hand. "Thank you," I say, drinking from the mug. As I take the first sip, the drink begins to taste smooth and delightful. Surely it wasn’t supposed to taste like this. I take another sip, only this time much longer, and when the liquid hits my mouth, I swirl it around against my tongue, waiting for a difference in its flavor. But there was nothing, nothing new to taste besides the rich and magnificent flavor, which I was trying so hard to put a name on.

Sweet
, I think after a few moments.
It’s really sweet.

I cough a few times at the overwhelmingly hot and sugary liquid as I begin to swallow it down. Out of fear of choking, I open my mouth, letting the air relax my tongue.

"It's very sweet," I say to the man between coughs.

He laughs. "Yeah. I go a little overboard with the sugar sometimes. Sorry."

I nod my head in assurance.

"Are you okay? Hurt or anything?"

"Good," he simply responds. His lips remain silent for a moment as he looks at me. "What's your name?"

I wasn't exactly sure what to say to him. I didn't want to make anything up—as if I had any other choice—but what answer could I possibly give to this man? After a few seconds, I sigh, realizing that the truth was what I needed to tell him, and hopefully that would be enough.

The man slowly nods. "Okay. Well, do you have any idea where your folks are?"

I’m guessing when he meant
folks
, he meant my parents. Sadly, I shake my head.

I give myself one last chance at running towards the brick wall, trying my best attempt to burst through it. But nothing happens. Ashamed, I shake my head once more.

The man pauses for a moment, sighs, and then gets up from the couch. "Well, don't worry, kid. I'll help you figure this out."

As he walks out of the room, he digs into his pocket and pulls out his cell phone. I was trying to figure out who he was going to call? The police? Child services? Runaway hotlines?

Wow. Runaway hotlines? Cell phones? Child services?! I didn't expect those. I must finally be taking a step through the wall.

Anyway, I hope this guy didn't think I was lying. The only way of finding that out for sure was to follow him.

I tightly clutched
the blanket around me as I got up and headed towards the man’s direction. It led into some sort of hallway. I saw the front door and to the side of me were the stairs, so there must be an upstairs. Gosh, I sound stupid.

I continue to walk forward and as it turns out, the so-called hallway leads into the kitchen; a very small kitchen at that. Inside, the man was leaning against the counter, his eyes staring down at the titled floor, his phone pressed to his ear.

"I don't know where he's from," he says, his voice projecting a tone of ignorance and frustration. He listens to the person on the other end for a second. "That's the problem. He says he doesn't know-" He then looks up and notices me. "Listen, something just came up. I'll call you back." Then he hangs up his phone and lays it against the counter.

"You hungry?" he asks nonchalantly, trying to pretend as if I didn't hear him.

"Yes,” I respond, playing along in his game.

He turns to the fridge behind him. He opens it, pauses for a moment, and then turns his head to face me.

I smile and nod. It sounds like a usual name; average, not very unique, not really seeming to have much of a purpose. I like it.

I somehow had the feeling he was going to ask me for my name again. I know I didn't want to lie, but I had no other choice. He was already being so nice to me.

I look around and notice a small golden statue sitting on the counter next to the toaster. The statue was a young man plastered in gold, clothed in ancient war armor as he raises his arm in the air, holding a blade. On the bottom of it was a platform, and under that was a small plague that read: Achilles.

Suddenly, the name triggers something in my mind. Achilles. A Greek fighter who was involved in the Trojan War. I couldn't remember that much else at the moment, and I wasn't sure where I learned it from, but one thing I knew about it was that it involved some people defending a city, and that the city itself was named Troy.

Troy. The name somehow seems familiar to me, one that I feel so comfortable with. Something about that name just felt right, so normal and so perfect, that there was simply no logical way to explain it, but it didn’t feel like it needed to be. Because I liked it.

I turn away from the statue and face Brad.

Brad, who has just exited the fridge with a carton of eggs and a box of bacon, smiles at me.

As Brad turns away, a question enters my mind. Not about his conversation with the mysterious caller, but instead one of more importance. One answer that only he would know, and one that would at least put my mind at ease.

Brad turns back around and faces me.

My body seems to relax at his words. Even though I didn’t know much else at my sudden arrival, I at least had a sense of location. That would have to be enough at the moment.

I sigh with relief and begin to smile.

Brad places the eggs and bacon on the counter by the stove, heads to the cabinets, and grabs a pan.

“I hope you savored the feeling of an empty stomach,” he says, “because once you taste this, I promise it’ll never come back.”

I laugh as I walk towards a chair placed beside the table, pulling it out and sitting down as he cooks the eggs.

As I begin to smell its intoxicating aroma swaying throughout the room, I begin to think that if Brad was as humble and friendly as he was to me, there was no telling what gratitude his food would receive from my stomach.

It’s been two days now. Brad has been working his butt off trying to find out information about me. I knew myself that nothing would come of this. I mean, he kept calling the police and every other authority using my
real
name, for Christ’s sake! But it wasn’t like I was complaining. He was determined, and wasn’t going to stop until he found my family. Whoever they were.

During those days, he's been buying me clothes, cooking me breakfast in the morning, always checking up on me to see if I was okay. I was beginning to feel very grateful of him. He didn't have to do all this. He could’ve left me wherever he found me and that would have been it. But he didn’t. And I respected that.

I didn't sleep on the couch like I’d expected. Instead I slept upstairs with Brad in one of the two bedrooms.

I remember the first night I saw it…

"...And you can sleep in here," said Brad, after giving me a full tour of the house.

I noticed the light green walls first, then the wooden floor. It was cold, but then I laugh. What was I going to expect walking around with bare feet? I looked back up and noticed the bed, then the desk that held an outdated computer, and besides that, a window with purple curtains.

This confused me. The house seemed fairly vacant, and judging from these last few days, no else seemed to be living here. I was curious to know why the room was, well…this room.

"Whose room is this?" I asked.

He didn’t face me, his body petrified as he looked around the room. "It…it was my daughter's," he stammered, his cheerful tone shifting into a faint whisper.

Of course. The little girl and woman in the picture. The one I saw in the living room when I’d first woken up. That must've been her.

Still Foolin' 'Em by Billy Crystal
It Was Only a Kiss by Joss Wood
The Fairy Gift by J.K. Pendragon
The Specialists by Lawrence Block
Tiddly Jinx by Liz Schulte
Playing with Food by K.A. Merikan
El encantador de gatos by Carlos Rodríguez
Verdict of the Court by Cora Harrison
Infinity Lost by S. Harrison
Waiting for Time by Bernice Morgan
Our partner