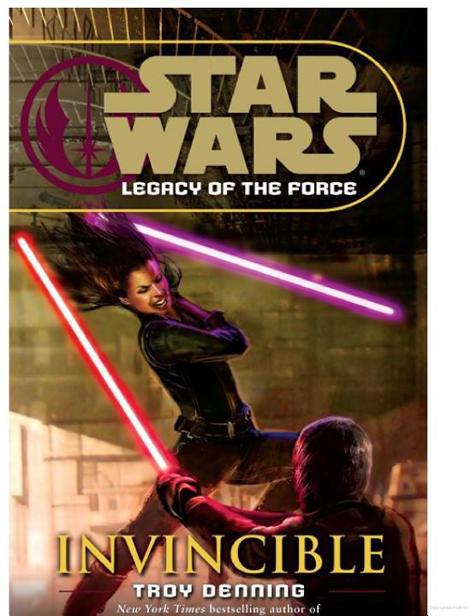 No war can last forever. Now, in the long and punishing battle between the defiant champions of the New Jedi Order and the juggernaut that is the Galactic Alliance, the endgame is finally at hand. With so much lost--and nothing less than the course of the future still at stake--there can be no turning back. No matter the consequences.
The rebel cause is losing ground under the twin blows of Admiral Gilad Pellaeon's assassination and the death of Mara Jade Skywalker. At the same time, having gained the support of the Imperial Remnant and its ruthlessly efficient forces, the Galactic Alliance, with the extraordinary power and dark brilliance of newly ascendant Sith Lord Darth Caedus at its helm, may be unstoppable. Tormented and torn between the call of duty and the thirst for vengeance, Luke has searched the Force and beheld an unspeakable vision of the galaxy enslaved under tyranny more monstrous than even Palpatine's. Now it seems that the last, best hope lies in... 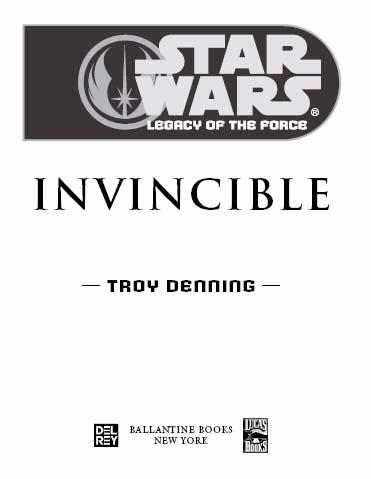 Many people contributed to this book in ways large and small. I would like to thank them all, especially the following: Andria Hayday for her support, critiques, and many fine suggestions; James Luceno, Leland Chee, Howard Roffman, Amy Gary, Pablo Hidalgo, and Keith Clayton for their valuable contributions during our brainstorming sessions; Shelly Shapiro and Sue Rostoni for their many wonderful ideas, for their patience and insight, and especially for being so much fun to work with; my fellow writers, Aaron Allston and Karen Traviss, for all their hard work and their myriad other contributions to this book and the series; Laura Jorstad, for her careful copyediting under pressure (with my apologies); all the people at Lucasfilm and Del Rey who make writing
Star Wars
so much fun; and, finally, George Lucas for letting us take his galaxy in this exciting new direction.

Most of the jokes at the start of each chapter came from one of my favorite
Star Wars
collections, Kevin J. Anderson and Rebecca Moesta’s
Young Jedi Knights
series. Jokes were also contributed by Andria Hayday and Sue Rostoni.

A LONG TIME AGO…

J
AINA
S
OLO SITS ALONE IN THE COLD
,
HER KNEES DRAWN TIGHT TO
her chest and her arms wrapped around her legs to conserve body heat. She is fourteen, and she hasn’t slept in days because her captors flood her cell with harsh bright light at odd intervals. She has never been so hungry, and her body aches from the daily beatings her tormentors call “training.” She knows what they are trying to take from her, and she refuses to surrender it. But she is alone and frightened and in more pain than she has ever before endured, and her will is a strand of spider silk holding a crystal chandelier. One more beating, one more sleepless rest period, one more hour spent shivering on a bare durasteel bunk, and she may drop that chandelier. And that scares her more than dying, because it means submitting to her fear, embracing her anger…because it means turning to the dark side.

Then the place in her heart that belongs to her brother begins to warm, and she knows Jacen is thinking of her. She pictures him sitting in his own cell in another spoke of the space station, his brown hair wavy and tousled, his jaw clenched with earnest resolve, and the warm place in her heart starts to grow. She stops shivering, her hunger fades, and her fear turns to resolve.

This is the gift of their twin bond: that neither Jaina nor Jacen is ever truly alone. They share a connection through the Force that will always sustain them. When one grows weak, the other strengthens. When one hurts, the other soothes. It is a bond that cannot be broken by any power in the galaxy, as much a part of them as the Force itself.

So Jaina puts aside her despair and turns her thoughts to escape, because when she and Jacen work together, nothing is impossible. They are on a space station, so they are going to have to steal a spacecraft. They will have to find a way to deactivate the hangar’s containment field, perhaps through sabotage or by forging a launch authorization. And that means they are going to need some time before the guards realize they’re gone—especially since they have to free their friend Lowbacca before fleeing.

The only way to tell time in the cell is to count heartbeats, and Jaina is too busy planning to do that. So when Jacen’s place in her heart begins to grow larger and more full, she has no idea how much time has passed. But she has felt the sensation thousands of times before, and she knows what it means: her brother is coming.

Jaina’s pulse begins to pound with excitement, and soon she can feel Jacen’s pulse pounding to the same rhythm. He is very close now, coming down the corridor outside her cell—and she cannot sense any other presences accompanying him. She doesn’t want him to know how frightened she has been—or how close she has come to breaking—so she begins a Jedi breathing exercise to calm herself.

Then she feels him stop two cells away.

There is a flutter in Jaina’s heart as Jacen grows confused, and she worries that her brother is about to open the wrong cell and ruin their escape. She reaches out to him in the Force, trying to physically pull him toward her, and soon the control pad outside her cell door begins to click.

Jaina breathes a sigh of relief, then folds her arms across her chest and leans back against the wall. She knows this is going to take awhile, because Jacen is really bad with machinery.

Somehow, though, he deactivates the alarm before he unlocks the cell, then manages to unlock the cell without activating the intercom to the control center. Finally, the door hisses open, and Jaina sees her twin brother standing outside, smirking at her with a replica of their father’s famous lopsided grin.