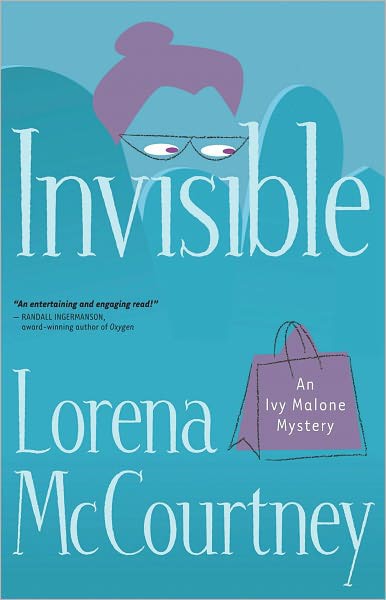 The sign arched over the gravel driveway proclaimed Country Peace in rusty wrought iron. Beyond the sign, the havoc in the cemetery challenged that claim of serenity.

The weathered gravestone of one Emil Riptone lay at the edge of the road, a lump of concrete clinging to its base. Beyond it, another fallen headstone had split in two, creating an irreparable rift between William and Bertha Bartholomew. Across the weedy hillside, I could see at least three other uprooted grave markers.

I braked the old Thunderbird at Mr. Riptone’s fallen monument. In the seat beside me, my best friend, Thea, touched her throat with a trembling hand.

“I’m afraid to see what they’ve done to Uncle Romer and Aunt Maude,” she said.

Outrage overrode my lingering heartburn, memento of a rash encounter with a Taco Grande Special at lunch. It was bad enough that an unfortunate error had sent Mr. Riptone to his final resting place with a headstone that forever declared him to be a fithful husband and father. He surely didn’t deserve this additional indignity.

“I called them the last time I was here, when Kendra brought me. There was just one overturned tombstone then. And now look.”

“This time we’ll go to the police station in person.”

I edged the long nose of the ’bird around the fallen headstone and drove up the winding lane of the sparsely populated cemetery. I doubted vandals could have made any impact on Uncle Romer and Aunt Maude’s double headstone. Thea’s aunt had apparently selected it on the basis of size and bulk, not elegance, and the tombstone bore an alarming resemblance to a Volkswagen Bug.

I was wrong, I realized regretfully as we got out of the car and trudged across the weedy hillside. The enormous tombstone lay face down across the graves. Nearby torn-up ground indicated vandals had used a four-wheel-drive vehicle and rope or cable to accomplish the deed.

A tear dribbled down Thea’s cheek. “Why would anyone do such a thing?” she asked between puffs of labored breathing.

“At least only the headstone has been disturbed. The graves themselves haven’t been entered.”

It was some solace. The perpetrators had merely been vandals having “fun,” not weird cultists after bones or skulls.

The vandals surely were long gone, but I peered around cautiously to make sure. I also fingered the whistle that has hung at my neck ever since a woman had been mugged in the parking lot where I usually bought groceries. Thea had given it to me. Not that the occupants of Country Peace were likely to respond to even the most piercing screech of whistle.

“Aunt Maude would not be pleased about this,” Thea said darkly. “Not pleased at all. She had a fit the time Uncle Romer accidentally backed over her pink flamingo yard ornament.”

My private opinion was that a pink flamingo yard ornament deserved demolishing by any available means. A comment left unsaid, of course. Thea’s face had paled to the color of pie dough, and wisps like ghostly fingers fluttered out of her white hair. Her hand slid down to her heart, which was undoubtedly also fluttering. In the past couple of years Thea had blacked out several times. A heart problem, her doctor said. Insufficient blood pumping to the brain. Her blood pressure also made grasshopper leaps in all directions. She daily took an assortment of pills so expensive that she declared the drug company should be a dependent on her tax return, and I was afraid she skipped an occasional pill to make them last longer.

I put a hand on Thea’s arm. Her skin felt dead-fish clammy. “I think you should sit down and rest for a few minutes.”

Thea peered around. “I can’t sit on a tombstone!”

“I don’t think Aunt Maude would object, considering these extenuating circumstances.” I couldn’t be certain of that, but Aunt Maude was in no position to contradict me.

Thea looked doubtful, but she sat. “I’m just glad I didn’t have Walter buried out here,” she declared.

Thea’s husband, dead some fourteen years now, was buried back in the city in Parkdale Heights, where locked iron gates securely barred the entryway every night. My sweet Harley was also a long-time resident at Parkdale. At times I wished I’d looked into burying him here at Country Peace, where individuality in memorials to the deceased ran rampant. Atop one nearby gravestone, as yet undamaged, was the life-size figure of a crowing rooster. Another had the nickname “Rowdy” spelled out in old bullet casings.

Harley would have appreciated something other than the flat, featureless markers at Parkdale. Something whimsical, like those castle birdhouses he used to build. But right then I was glad his body was resting at Parkdale, his generic gravestone undisturbed.

Not that, in the eternal scheme of things, this detail was particularly important. Actually, I never really think of Harley as being at Parkdale. More often I envision him happily building birdhouses in heaven, the Lord looking on approvingly. Or fishing, perhaps. No one knew this, but I’d secretly stuck one of the fishing flies I used to tie for him in the pocket of the suit in which he was buried.

“What am I going to do about this?” Thea fluttered her handkerchief like a small white flag of surrender. “I don’t even know who’s in charge, or what to do about getting things put back in order.”

Is anyone in charge?
I wondered as I plucked an accumulation of weedy burrs out of my socks. The cemetery wasn’t old enough to have pioneer status, but the most recent tombstone I’d seen there was over twenty years old. There’d never been any evidence of maintenance, although occasionally a modest clump of flowers appeared on some grave.

“We’ll worry about fixing things later. Right now, I think we should get you home.”

Before you collapse,
I thought, although I didn’t say that aloud. When Thea blacks out, it is not a gentle swoon. She hits the ground like a sack of onions tossed off a truck, and once, when I caught her as she fell, we went down together. Today, the hot summer afternoon was oppressively muggy, an occasional eddy of sullen breeze rearranging the sticky air without making noticeable improvement. Thunderclouds loomed off to the west. Another reason to get Thea home. In a lightning storm, Thea is as skittery as a high-strung cat climbing any available leg in panic.

I have no objection to storms, but a hillside cemetery of oversized tombstones does not strike me as a prudent place to loiter during a lightning storm. I helped Thea back to the car and buckled the safety belt around her. In her agitation, she had forgotten the flowers she’d brought for Uncle Romer and Aunt Maude. I climbed the hill once more to carry the orange marigolds in a mayonnaise jar that Thea had dressed up with blue tissue paper and pink ribbon.

I paused to catch my breath after setting the jar beside the fallen tombstone. A magnificent view from here, city buildings in the distance, new, mirrored bank building rising like some icon transported from the future. The city was inexorably spreading in this direction. So far Country Peace was still surrounded by picturesque farms tucked among the wooded hills, but I could see raw earth where a new subdivision was breaking ground a few miles away.

The thunderclouds hadn’t yet moved closer, and I took a moment to admire a boy sitting on a bridge over a slow-moving creek below the cemetery. He wore an old straw hat, and a fishing line dangled between his bare legs to the water below.
Harley would have looked like that as a boy,
I thought. Although the old refrigerator dumped at the edge of the creek added a jarring note to the pastoral scene.

I turned to look behind me, at the top of the hill beyond Maude’s grave. I’d always been curious about what was on the other side of the hill. “All that curiosity is going to get you in trouble,” Harley had muttered to me more than once. He’d also, I had to admit, been right more than once. Like the time I was curious about something shiny in the bushes and, a minute later, after crawling under the bushes to grab it, found myself holding a gun that turned out to be the weapon used in a nearby gas station holdup. And the time I just had to investigate a tiny opening behind the bed in our rental apartment and wound up with my rear end ignominiously stuck in an undersized vent to the attic.

But there wasn’t time to investigate the other side of the hill today, I decided regretfully. Time to get Thea home.

Yet she appeared to have revived somewhat by the time I got back to the car. “I still have Walter’s old double-barreled shotgun,” she said, a spirited snap now back in her voice. “We could bring it out here and hide, and when these vandals show up, we’ll just let ’em have it. Really blast ’em.”

I could just see that. Two little old ladies setting up ambush with an ancient shotgun behind a tombstone shaped like a Volkswagen. I couldn’t help laughing, and Thea, apparently getting a glimpse of a similar vision, giggled with me.

Thea’s color improved as she laughed, and by the time we were back in the city, she said she wanted to go directly to the police. I’d planned to wait until later, but, hoping it would set her mind at ease, I agreed.

We stopped to look up the address of the county sheriff’s office and then drove several miles across town to the two-story concrete building with a flag hanging limp in the humid summer air.

Inside the nicely air-conditioned building, we approached a barred, horseshoe-shaped opening in a square of heavy glass. A high wooden partition blocked view of whatever police activity was going on behind the barrier. The counter in front of the opening was also high. Apparently crime in our county mostly involves people taller than I am. It was several minutes before a young woman in uniform came to the opening.