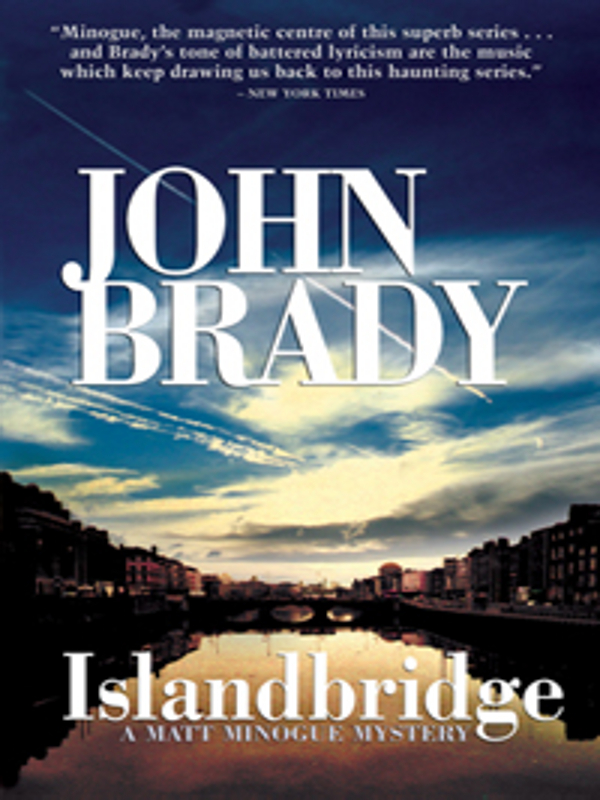 A Stone of the Heart

“Towers above the mystery category as AN ELOQUENT, COMPELLING NOVEL . . . a tragic drama involving many characters, each so skillfully realized that one virtually sees and hears them in this extraordinary novel . . .” â P
UBLISHERS
W
EEKLY

“A MASTERFULLY CRAFTED WORK of plot, atmosphere and especially characterization . . . Minogue, thoughtful, clear-eyed and perhaps too sensitive . . . is a full-blooded character built for the long haul of a series . . .” â M
ACLEAN'S

“MATT MINOGUE, THE MAGNETIC CENTRE OF THIS SUPERB SERIES . . . and Brady's tone of battered lyricism are the music which keep drawing us back to this haunting series.” â N
EW
Y
ORK
T
IMES

“Culchie Colombo with a liberal and urbane heart . . . like all the best detective stories it casts its net widely over its setting . . . [Minogue is] a character who should run and run.” â I
RISH
T
IMES

“As lyrical and elegantly styled as the last three . . . A FIRST-RATE STORY WITH MARVELLOUS CHARACTERS . . . Another masterful tale from a superior author.” â G
LOBE AND
M
AIL

“Nothing gets in the way of pace, narrative thrust or intricate story-telling.” â I
RISH
T
IMES

“Brady has a great eye for the telling detail . . . and a lovely slow pace of storytelling. There's much talk and thought events and you can't read this book at warp speed. Instead, save it to savour”
â G
LOBE AND
M
AIL

“IF THERE ARE AUTHORS BETTER THAN JOHN BRADY at chronicling the events of modern Ireland, I HAVEN'T YET READ THEM . . . Brady's best so far.” â G
LOBE AND
M
AIL 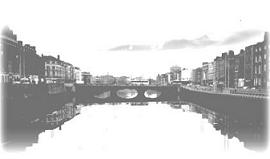 The use of any part of this publication reproduced, transmitted in any form or by any means, electronic, mechanical, photocopying, recording or otherwise stored in a retrieval system, without the expressed written consent of the publisher, is an infringement of the copyright law.

For Hanna, with love

A Legend About Islandbridge

A Legend About Islandbridge

Islandbridge is an area in inner-city Dublin with
a long past, perhaps even being where the
Vikings first settled in the 800s.

W
HEN THE
V
IKINGS SETTLED
D
UBLIN
, they were being continually harried by chieftains from the nearby hills, and even from north of the settlement in the rich lands of Meath. The native Irish regarded them as barbarians. A Viking who wanted to settle in Dublin decided that marriage would be the solution. He set about finding himself an Irish wife from amongst the families and chieftains that were hostile to the Viking's growing presence. When he found one, he spoke with her father, a man who was reputed to be both wise and unrelenting in battle.

“I will build her the finest home on the whole island of Ireland,” he told the chieftain. “It will be safe from raiders and brigands, because it will be an island itself, in the River Liffey.”

“My daughter is not an island woman,” the chieftain said. “She will find it confining more than reassuring.”

The wooer had foreseen this objection.

“But it will have a bridge to the shore,” said

“Well, if there is a bridge,” the chieftain said, “it can hardly be an island, can it?”

“She can go forth and come back and go as she pleases, amongst her own. It is not my intention that she should be separated from her family and people.”

“You are granting her a freedom that she has by birthright,” said the chieftain. “Who are you to say whether she may come and go?”

At this, the Viking knew he was in a tight spot. Although he had learned many of the customs of the native Irish, he had not reckoned on how the Irish chieftains did not distinguish between the worth of a son and a daughter in their rights.

“She will have the riches of trade,” he said. “Jewels and stones from the East. She will be the envy of all.”

“She, like I, cares nothing for wealth,” said the chieftain. “That is only for display amongst the vulgar classes who would wish to conceal their low character with their baubles.”

The Viking was now in dire straits.

“I know your faith in God,” he said to the chieftain. “I have given you my oath that I will become a Christian like your people.”

“That goes without saying. She will not marry a pagan, or a barbarian.”

Almost at the end of his rope, and seeing the chieftain's brow descending, the Viking came upon an idea. He had heard that, while Christians, the native Irish retained many of the old ways.

“The island I speak of is more than merely a place to live,” he said. “I have been told the secret of the place and how to use it, by a holy man.”

“That on the island, time is yours to do as you please. You can go back in time to youth, and the past, or forward in time to foretell what will happen. Of course those who do not live on the island, and who do not know the secret, will never know this and will live their lives as others, and the days and years will tax them with age and death.”

“Are you saying that this island in the river is
TÃ­r na
nÃg
?”

“The holy man told me that it is an entry to that land of the young that your poets speak of, but it has never been known outside a few who guard its secret.”