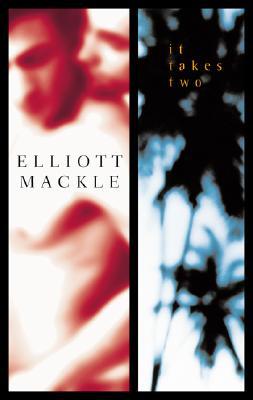 All characters in this book are fictitious. Any resemblance to real individuals—either living or dead—is strictly coincidental.

Captain Harding and His Men

Hot off the Presses

This book is for William G. Thompson.

Friends to whom I am grateful for advice, encouragement and loving slaps upside the head during this book’s long course of composition include Jerry Gross, Kathy Hogan Trocheck, Jim Duggins, Nathalie Dupree, Jack Bass, Bette Harrison, John Silbersack, David Loftis, Robert Daseler and George Mende.
It Takes Two
is a work of fiction. The characters and situations are imaginary and any resemblance to actual persons is accidental. I have played fast and loose with the physical geography and racial fault lines of Fort Myers and southwest Florida. The needless sinking of the USS
Indianapolis
, the resulting loss of almost nine hundred men and the disaster’s subsequent cover-up by the U.S. Navy, however, are a matter of public record.

And Grab Your Socks

As Time Goes By

Shape Him Up or Ship Him Out

“Why did the Klan march on a Saturday night?” I asked my friend the Lee County detective. “And why the hell did you have to go watch the bastards do it—and leave me high and dry?”

I was trying to keep my voice down. But I was pissed. That February weekend in 1949 was my first real break since Christmas. I’d spent most of Saturday night by myself on a lumpy couch in the detective’s rented room. He hadn’t come home until long after I sank into shallow, jittery sleep. He’d tip-toed in, undressed quietly and slept noisily in his own bed ten feet away. He was still snoring and mumbling when I woke up just after dawn. Deciding to let him sleep through whatever was on his mind, I’d pulled on one of his bathing suits, made a pot of coffee and collected the rolled-up Fort Myers
News-Press
off the front doorstep. After two cups and the front page, I dug a beach towel out of the closet, opened a bottle of warm beer, stepped outside and stretched out under a grapefruit tree in the rooming house backyard, alone again.

The second long-neck of the day now comforted my right hand. The bottle caps, church key and one empty bottle lay where I’d tossed them—beneath a spiky tangle of hibiscus, oleander and coral vine bunched up along the backyard’s wood plank fence. The beer was a slightly bitter brew called Regal. Regal was once South Florida’s standard lager. Today, 50 years later, the brand is extinct.

The detective had started the Ku Klux Klan story two minutes earlier. He was talking fast now, fast and low. He knew I didn’t like him canceling our Saturday night date on zilch notice, and without even leaving a message. He knew I was unhappy. He just didn’t know how unhappy. Not yet.

And the circumspect detective was just as pissed, having started the day with the discovery that an unexpected overnight guest, after drinking up most of the coffee, had paraded outside and flopped down in the landlady’s chaise lounge to breakfast on beer and the Sunday paper.

The backyard had plank fence on two sides. The rooming house and a hardware store’s back wall formed the other two borders of the unhealthy patch of grass. I hadn’t given the possibility of somebody seeing me a thought.

And that’s what pissed Bud Wright off. Loose behavior of any sort wasn’t smart in conservative postwar America, even for unmarried heterosexual couples. And Bud set considerable store by appearances. This was a small town.

“Politics,” he half growled. “Just politics was all it was, no marching to it. Sheriff got tipped off late yesterday that this organizer was in town from up north. A white man come to find out. Only the white man was set to speak at the youth meeting at the First African Methodist Episcopal Church. Fucking Klan didn’t do nothing but walk over to Colored Town and stand around in their bed sheets. I got ordered to go keep an eye out, mainly because of other things that’s been happening. That’s what the boss said. Didn’t want to leave a message at your hotel switchboard. Might of sounded funny.”

I took another sip. “So how was it politics?” I’d been serving overseas the past six years. Still, I was vaguely aware that Florida politics meant more than always voting for the ruling Democratic Party. I knew the black-hating, Jew-baiting, Catholic-despising Ku Klux Klan had plenty to do with Southern voting patterns. And I knew that black folks didn’t vote in any significant numbers.

But I was a pup then, a veteran fresh from duty in Occupied Japan. Six months earlier I’d finished my last assignment as manager of a Navy officers’ billet in Tokyo. The place was little more than a glorified whorehouse. Now, at the age of twenty-seven, I—Tampa native Dan Ewing, University of Florida graduate, ex-lieutenant—was running the Caloosa, the third largest commercial hotel between Sarasota and Miami. I planned to make it a lot more than just a glorified whorehouse.

Cocky and well-paid, physically strong but prone to sunburn and before-noon drinking, I didn’t feel I was much different from any other American war veteran.

Detective Bud Wright—Christian name Spencer, also a veteran—felt a hell of a lot different. But he wouldn’t admit it, even to himself.

“Klan makes a bunch ’a the rules around here.” Flexing a sixty-pound barbell as he spoke, Bud moved to a sunny patch of dry grass ten feet away. When he turned to set down the weights, his scalp seemed to flash and gleam beneath the flattop deck of his lightly salted dark brown hair. Slapping his hands together, ready to begin his workout, he grinned and added, “That church meeting last night was definitely politics. Klan ain’t too fond of race mixing. Which is why the sheriff phoned me about it special.”

“Too bad we didn’t get together earlier,” I said. “We could’ve slept at the hotel, in a room with no phone. Or gone out overnight on the fishing boat.”

“I told you,” Bud answered evenly. “We’re going to quit all that. Fact is, we have quit. Last—was it Tuesday? What happened last Tuesday was a goddamn mistake. The End.”

As if to punctuate his thought, Bud dropped into a series of pushups on the wiry St. Augustine grass. The bulky muscles of his shoulders and arms moved smoothly, without strain. Wrists and fingers clenched and relaxed, clenched and relaxed. Stocky legs tensed and tensed again, knees up and down, on and off the clipped lawn. His baggy, boxer-type swim trunks—olive drab with a yellow zigzag design—looked like the gear advertised in men’s adventure magazines. An ex-Marine, Bud kept a stack of such reading matter under his bed.

To be honest, so did I, back in my room at the Caloosa. I also kept a couple of girlie magazines on hand, mostly for appearances. I was no fool. But I was also used to getting what I wanted.

Arguing about love with your partner is foolish, of course. And this wasn’t the first time Bud had tried to butt out of whatever he thought we were doing. Like everybody else he’d been taught that men don’t sleep two to a bed. He’d allowed me to stay with him at the rooming house exactly twice, both times when his landlady was out of town. We’d also used rooms at the hotel, the cabin of the Caloosa’s fishing boat, even a blanket on an empty beach.

Later, he’d almost always swear that we’d made love for the last time. Actually, he didn’t say “made love.” He said “messed around” or “mixed it up.” Aside from when the lights were off, he didn’t use any such words for what he felt. He said, simply, that we were buddies. And tried letting it go at that.

I wasn’t exactly in love with Bud that morning anyway. On the other hand, I wasn’t taking his hands-off protestations too seriously. Life in the Navy taught me that words often short-circuit what some men are naturally inclined to do. In such cases, direct action beats Hollywood dialog all to hell.

After Bud completed sixty pushups, he rolled over onto his elbows. “Klan’s been raising hell these past few months,” he said. “That’s their politics about any damn thing. They usually promise more violence than they deliver. All the parading is just to scare folks—and to work up a little intestinal fortitude of their own.”

“Did they burn a cross at that church?”

“Naw. The kleagle gathered his troops out behind Ellery’s truck garage—on Fowler Street, you know? And then they just ragtagged over to Colored Town and came back.”

“About half. Anybody ever tell you that a fat man in a Klan robe looks like a new Frigidaire with a cattle egret riding on top?” His laugh accentuated the rough-cut geography of his solid, Southern face. He had wide, practical eyes under hairy brows, bare-knuckle cheekbones, square teeth, a Marine sergeant’s strong jaw and sandpaper cheeks no matter how often he shaved. A series of ragged bayonet scars began an inch below his left ear and stopped at his belt line. The scars and crew cut were what first attracted me.

“They wore masks?” I asked.

“Most of them,” he answered. “Smart ones anyhow. There’s courthouse talk about a demasking law being proposed. Think the legislature up in Tallahassee would pass such a thing?”

“Sure,” I answered. “When the voters replace all the klegislators.”

He laughed again. He was swinging his arms in circles. I asked if he’d seen anybody he knew.

“One from up the river,” he answered. “Name of Davis. That I played baseball against. He’s on somebody’s grove-tending crew now. Was 4F in the war. Never amounted to much. Also a kid that pumps gas at the Texaco. And one old boy that clerks at the courthouse. Name of Leon Featherstone. Don’t you figure he’d have better sense than to get himself involved in any such thing, being a public servant and all?”